Well today was a harrowing day, and from afar, in Chico, it’s hard to have any idea what is going on up in the hills. My brother called from Quincy after bailing out of Taylorsville early afternoon and said it was very calm there, and that he was glad.
We don’t know yet if their place on North Valley Road made it thru the wild afternoon.

I just got some IR from about 7:30pm, so here are some images. As expected, things ran hard to the east. It looks like the eastward push will continue til about midnight, followed by shift to more out of the north. 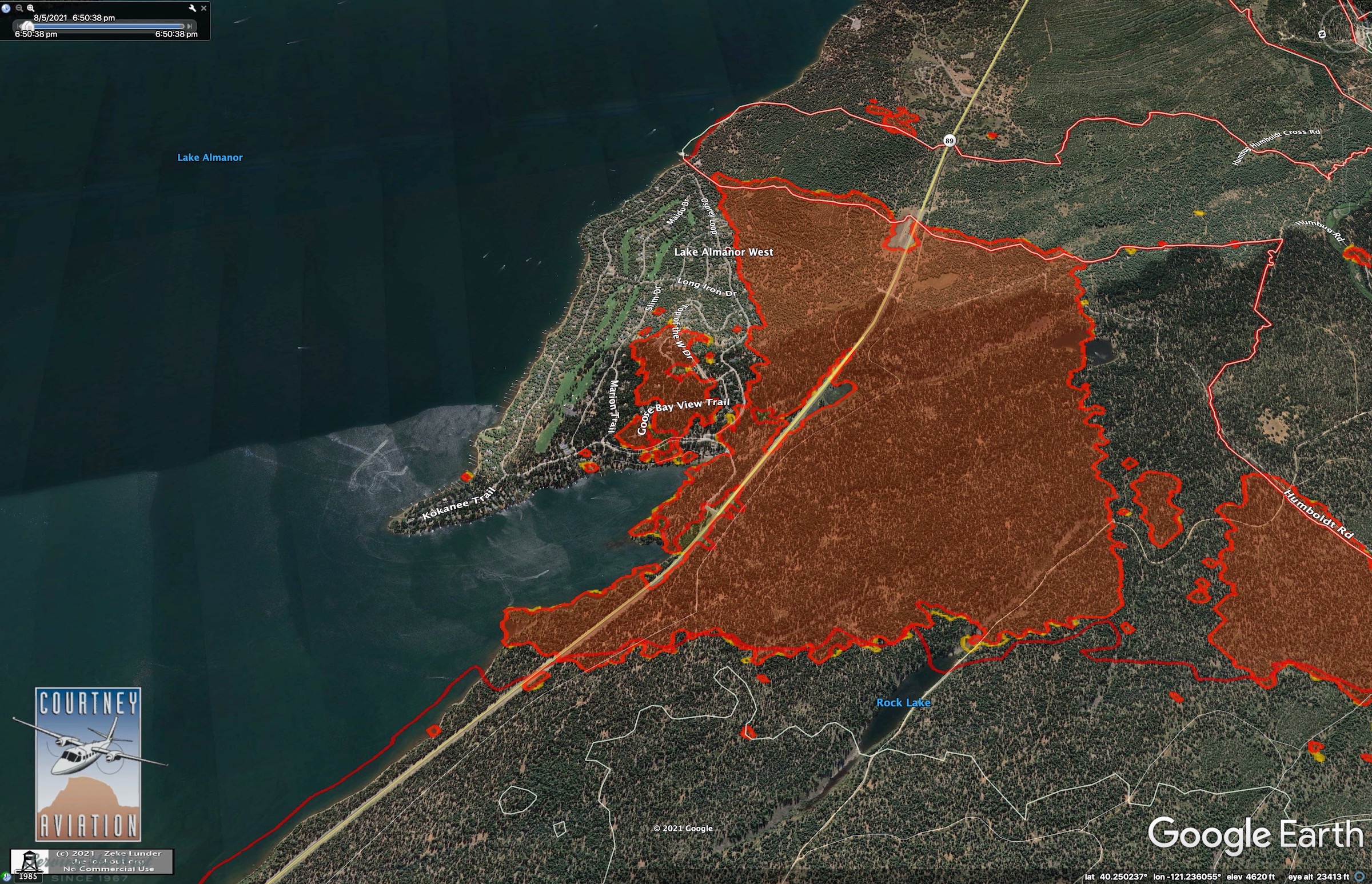 The fire that spread up and over Greenville Saddle is joined by a spot fire which took off NW of the Indian Mission on North Valley Road and into the Moonlight Burn. It may bring fire down into North Arm Indian Valley, or not depending on how long the winds last from NW. IR imagery from 8/5/2021 – 7:30pm. 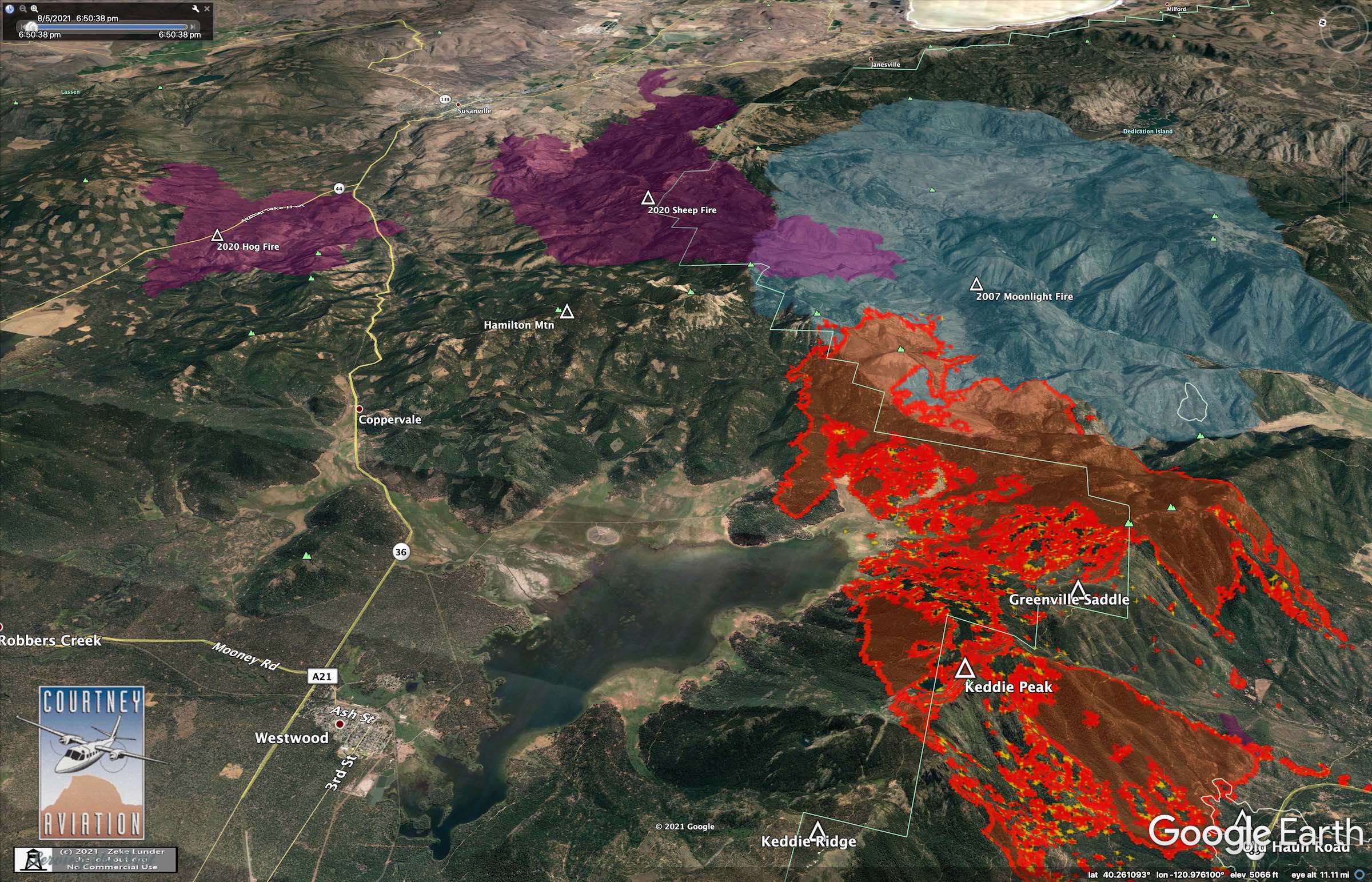 Fire down around Seneca blasted out of the Canyon this afternoon and Canyondam was right in its path. This fire continued and joined up uwith the push coming out of Long Valley, making one big slug of fire that ran up to the top of Keddie Peak. The spot fires north of Canyondam ran hard across slope with the wind shift. When we get back to a normal uphill flow, this is going to squeege the rest of the south slope of Dyer Mtn, and give Westwood another thing to worry about. Also, Dyer has a lot of communications infrastructure that is threatened. Getting all of this fire started on the SW flank of Dyer is bad news for the East Shore, though the winds will keep fire moving mainly away from the most populated areas there for a while. IR imagery from 8/5/2021 – 7:30pm. 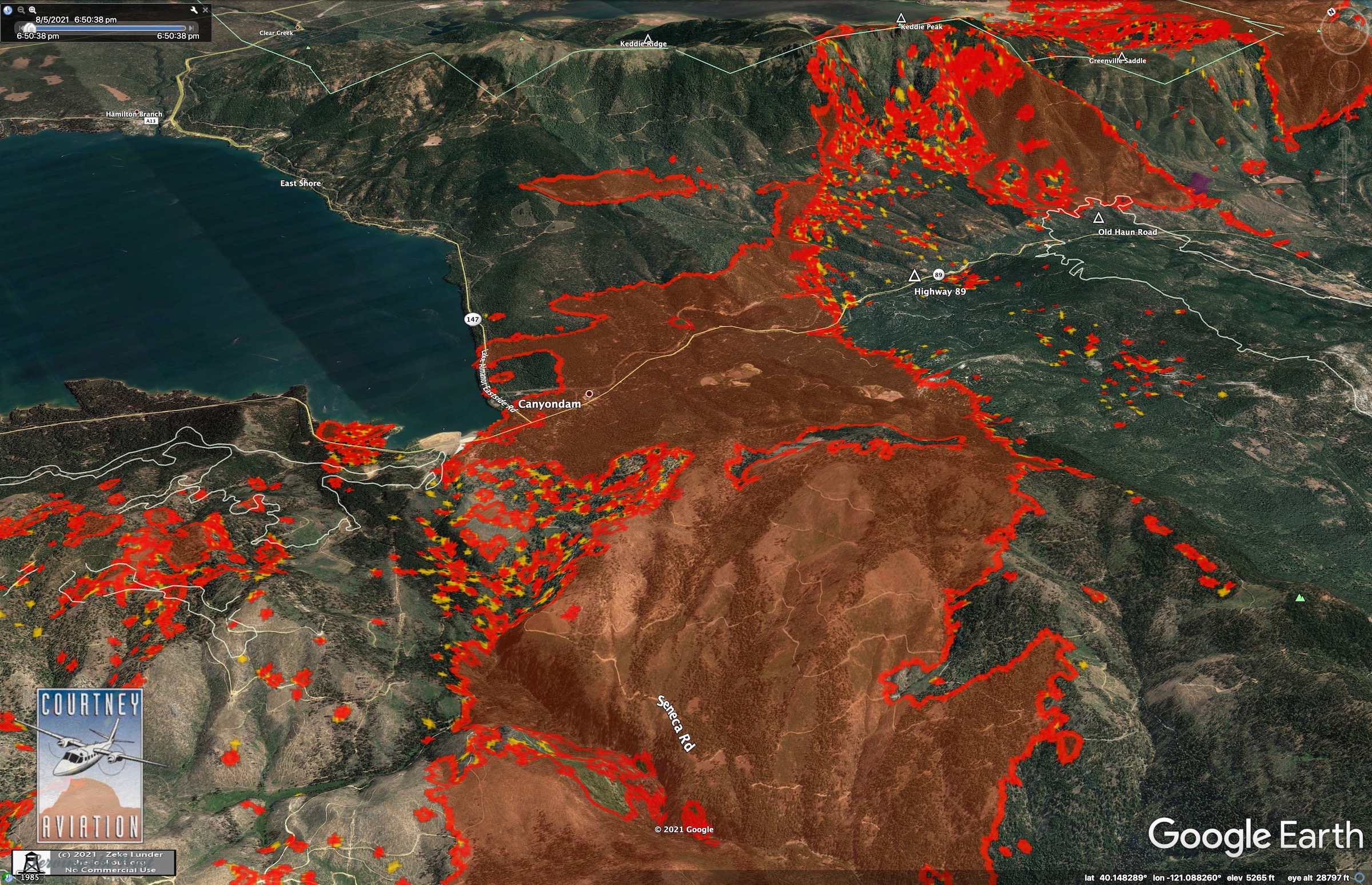 The big push to the north from Chester did indeed make a hard right turn thru the clearcuts and tree farms toward Echo Lake and Rock Creek, above the Chester Dump, and is a real threat to the Peninsula, Hamilton Branch, Westwood, and Clear Creek. It is still 5-8 miles from any of these places. IR imagery from 8/5/2021 – 6:45pm.

That’ll probably be my last update for today. Hope everyone gets some sleep if they can.