The most important job on the fireline.

On the fireline, the Lookout hikes to a good vantage point and watches the fire, keeping an eye out for things a crew ‘down in the hole’ can’t see: weather changes, an unexpected increase in the fire’s behavior, or a spot fire that compromises the escape route. It’s often boring, lonely, and tedious, but when things start to fall apart, the Lookout has the most important job on the crew.

Today, whole counties are chopped up with dozer line, and your normally-quiet neighborhood may be “Division Papa” on today’s Operations Map. My hope with this site is to help fill some kind of lookout role for the general public; keeping an eye on what’s happening, and communicating to the crew (that’s you) what’s coming next. Why aren’t there more tankers flying? Why didn’t the lines hold up to the winds? How did end up in such a bad relationship with fire? Why do we keep going back to our broken ways of managing it?

There is plenty to dig into and while the official government information officers work really hard to get info out, they are bound up trying to deliver a sanitized, hopeful version of an incredibly messy, political, and complicated topic.

My name is Zeke Lunder. I started this website during the Dixie Fire when I realized Twitter, Facebook, and other fire information pages weren’t really working to tell the kinds of stories I want to tell. We are drowning in information, but lacking in context. My aim with this site is to help people get a better grip on how fires work, how they move across the landscape, how we fight them, and how to tell when they are doing good work for us.

I ran wildfire mapping crews for 20 years, which had me trying to track every emerging major fire between Mexico and the Columbia River. I can’t think that big anymore, so I’ve been focusing my work on fires I can see from my house in Chico, California — which turns out to be plenty of work. I have a special focus on the Feather River Watershed, where I grew up, in Westwood, California. As I write this, the Dixie Fire has burned most of this area. Almost a million acres – pretty hard to understand how big that is.

I got started in fire and forestry in 1995, working seasonally with timber marking crews in Lassen National Forest near my hometown. I got hooked on fire after a couple winters burning house-sized piles of logging slash and working on the district hand crew. I was taking geography classes at Chico State and kind of just fell into fire mapping and wildfire intelligence right at a time when we started bring computers and plotters out to fire camps to make maps onsite.

I’ve been making maps and working wildfires ever since — about 20 seasons working in the Planning Section of Incident Management Teams on some of the largest wildfires across the west. My wife Erika and I started our own wildfire mapping and consulting company, Deer Creek Resources in 2011. The next six years were marked by a historic drought and a huge increase in the amount of acres and structures burned per year. After seeing firsthand the carnage of the 2015 Valley and Butte Fires, and then working through the aftermath of the 2018 Camp Fire, we realized we wouldn’t survive as a family if we kept up such an intense enterprise. I am still doing prescribed fire and wildfire education work for Deer Creek and their new owners, Firestorm Wildland Fire Suppression, Inc., but I’m done spending my summers huffing diesel generator fumes in fire camp.

Over the years, I have become involved with a lot of prescribed fire training and burning. Burning with Native American tribes on the Klamath River has helped me realize our woods are trashed and burning largely because we did our best to wipe out the native people who really understood how to live with fire. 100 years waging war on fire and criminalizing its use left us with broken forests and communities on the brink. We won many battles, but with climate change as an ally, fire won the war. It’s over. We need to negotiate a new relationship with fire – as long as we keep trying to keep it off our landscapes, it will continue its siege until every last mountain town and green tree is burned to ash.

This site is just getting started and I’ve got a full time job, so bear with us. As fire season ramps down, we’ll be working on some longer-form stories and video projects. I’ve worked with some real badass, brave, funny, and smart people and I want to interview a bunch of them for you all. So stay tuned!

If you appreciate the information I share and want to help support our work, and the development of this new website, click below!
Note: @Wildland_ZKO is The Lookout’s official Twitter handle.
A copy of my CV is here. 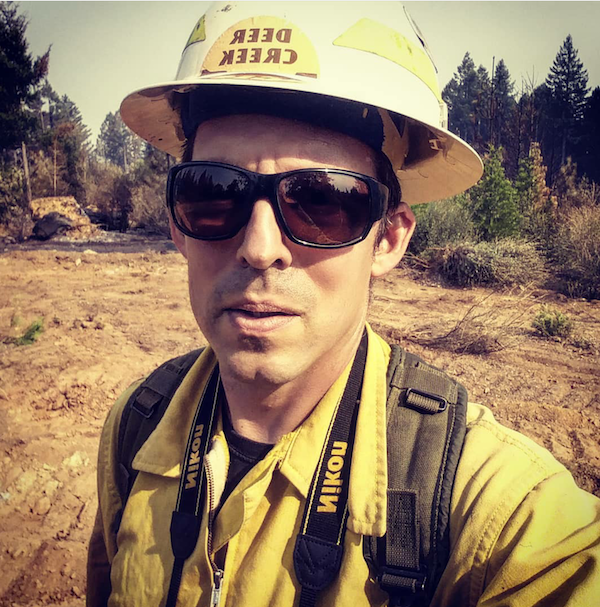