We just made a quick video about how forest thinning projects helped firefighters contain portions of the Dixie and Caldor Fires. If it is too chunky, maybe wait a few minutes for YouTube to post the HD version. Also, I’m aware about the missing audio. The missing section of audio shows different results of thinning along highways. I’ll post a fixed version when I get a minute, otherwise, you can skip to 6:55 if you want.

Here are overnight heat maps from about 9:30pm on September, 4. These were made by a Lookout contributor/volunteer who goes by the name of ‘Tumbleweed.’ There is a north arrow in lower-right to help with orientation. 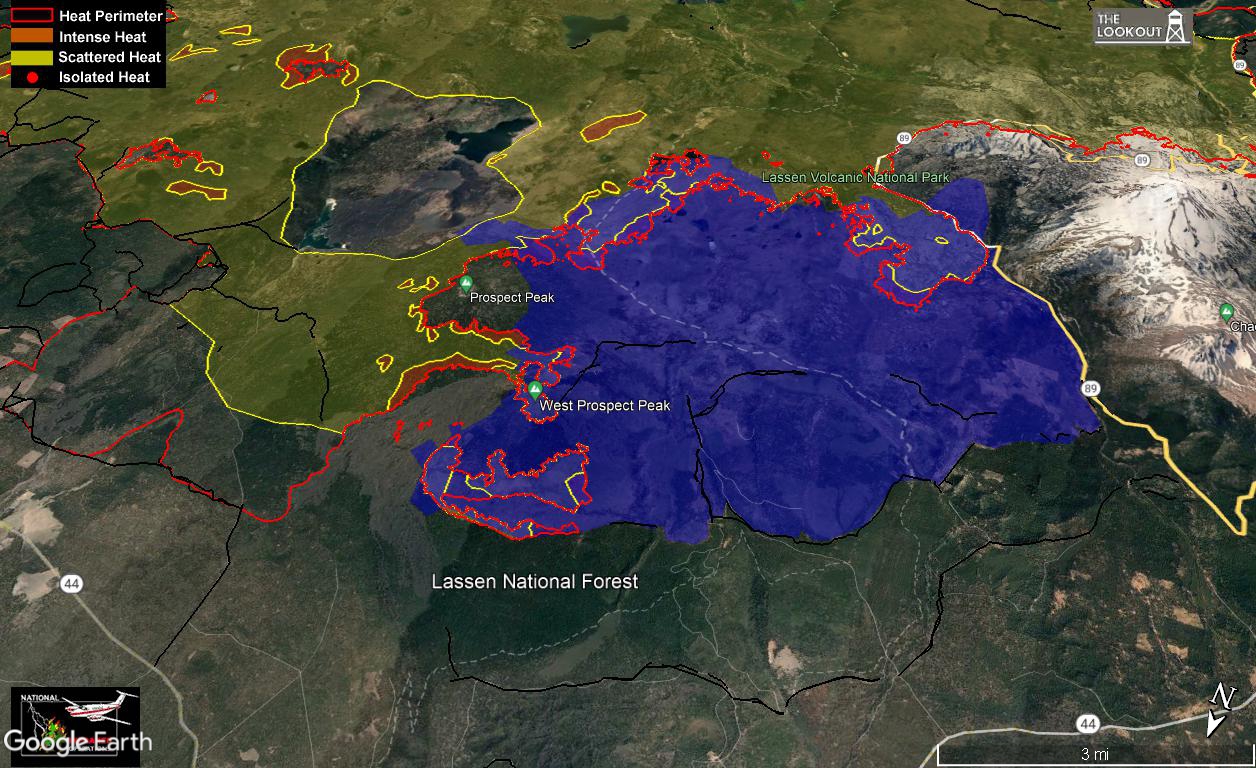 Coming around to the northeast corner of the fire at the 10 Road, near Bogard, there was minor spread toward the north, but no significant runs or long-range spotting. 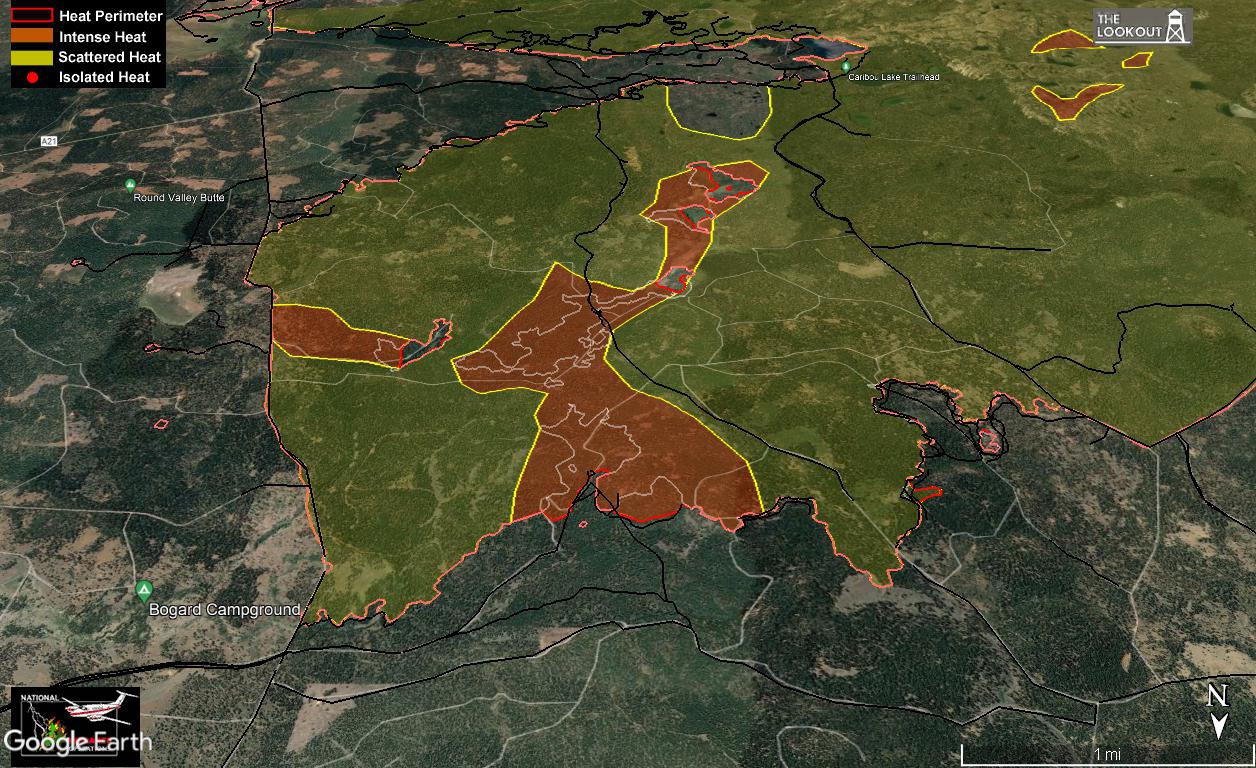 Looking northeast over the rscarpment, west of Herlong Junction and ‘The Mark,’ the fire moved downhill through the night, but did not appear to have crossed Highway 395 by dawn. 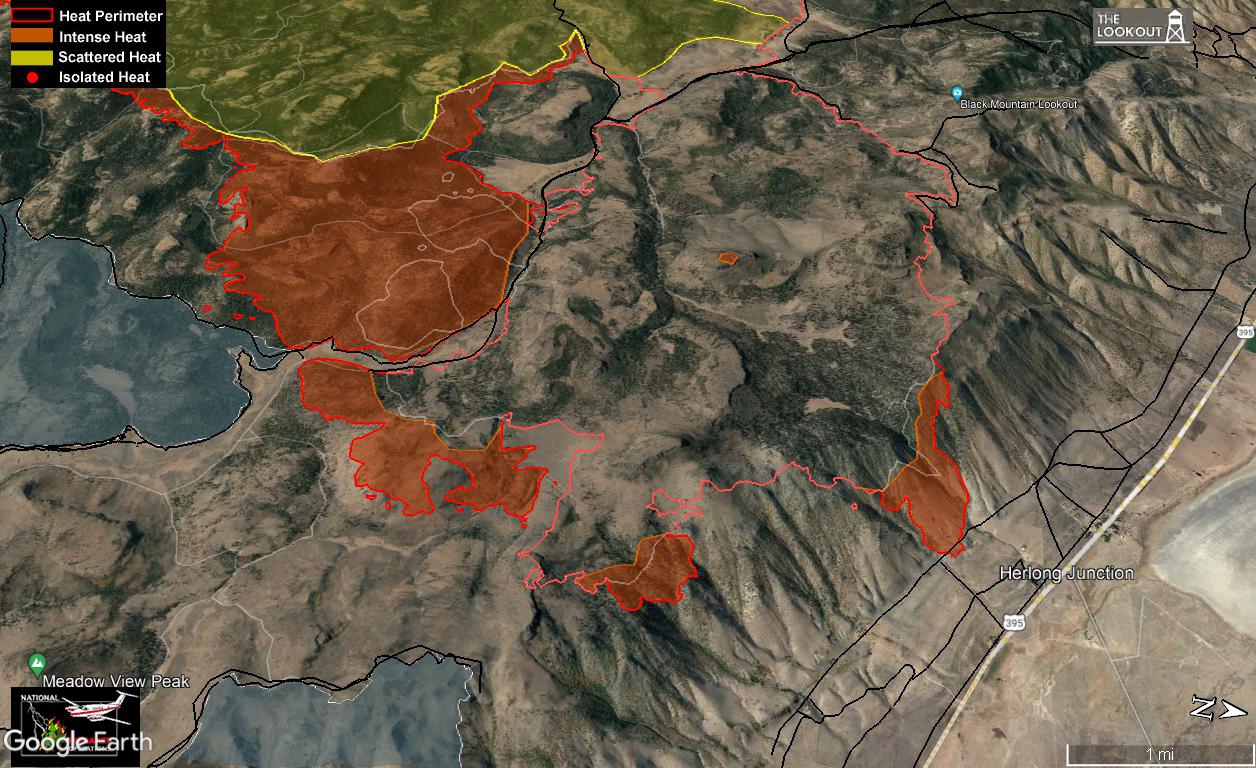 Looking north over Lake Davis (bottom left), the fire made three major runs to the south out of areas that had run back west on September 3, after burning to the south on September 2, and hard to the east on August 30 – September 1. Does that make sense? I hope so, because the fire behavior doesn’t. Like we have said several times, fighting fire in the desert has its own rules and the fire still doesn’t seem to care much about dozer lines. With such unpredictable weather and winds, planning and coordinating a major firing operation here is pretty much out of the question. The biggest worry is this continued alternating of north and west winds are opening a lot of north-to-south oriented perimeter that can become a new head when we get east winds again. 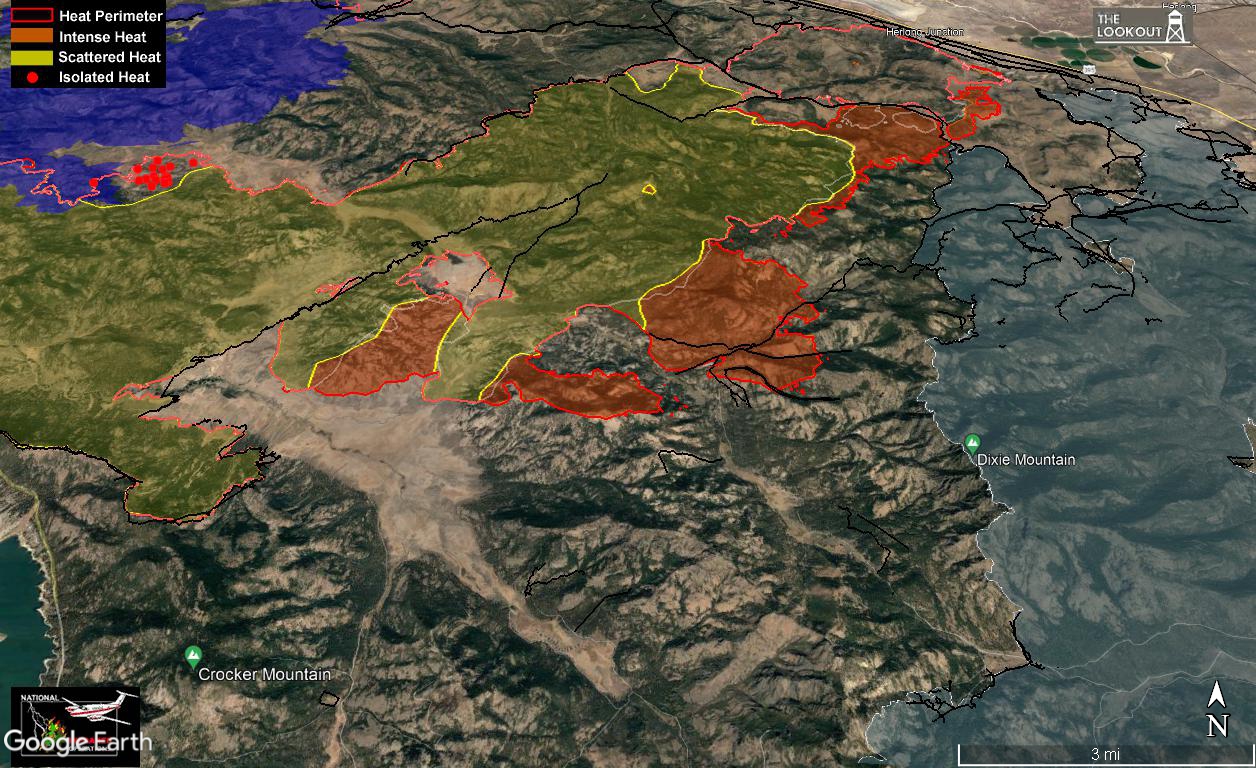 Yesterday’s runs in relation to Lake Davis and Portola. 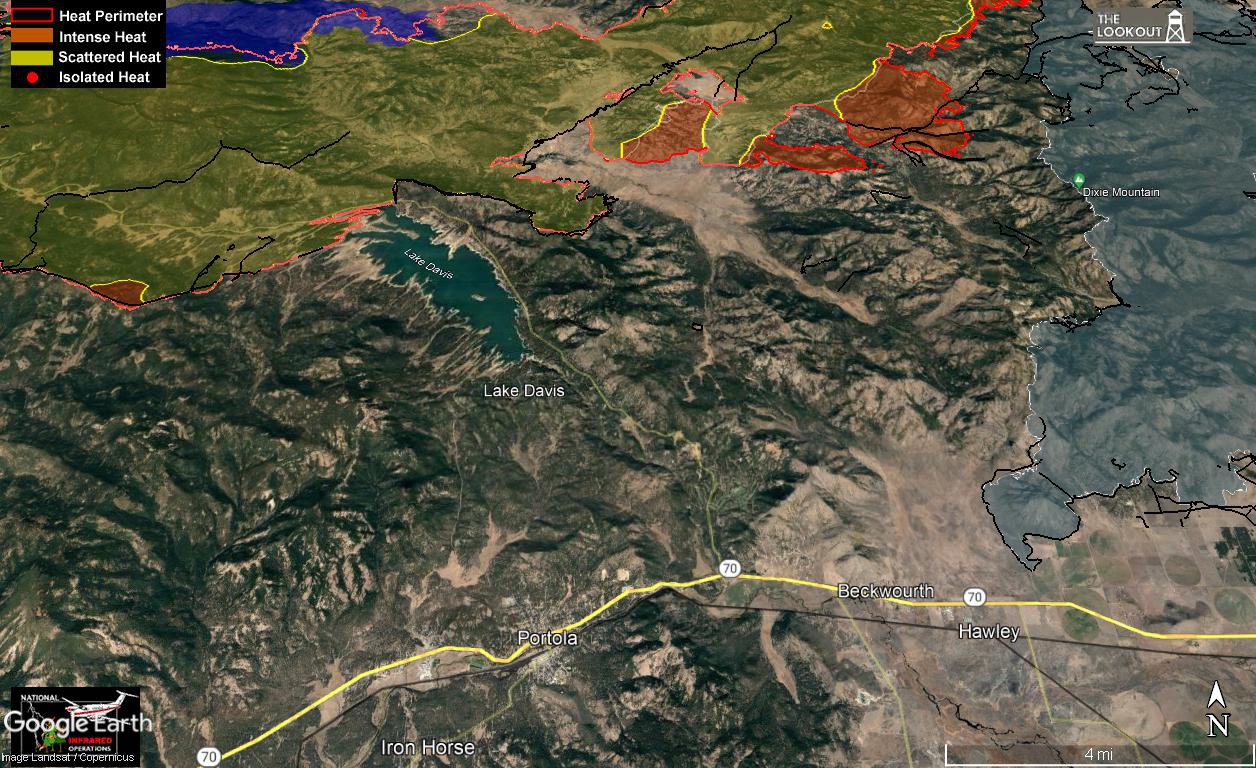 Looking northwest over the same area of the fire. White line is 24 hours fire spread. 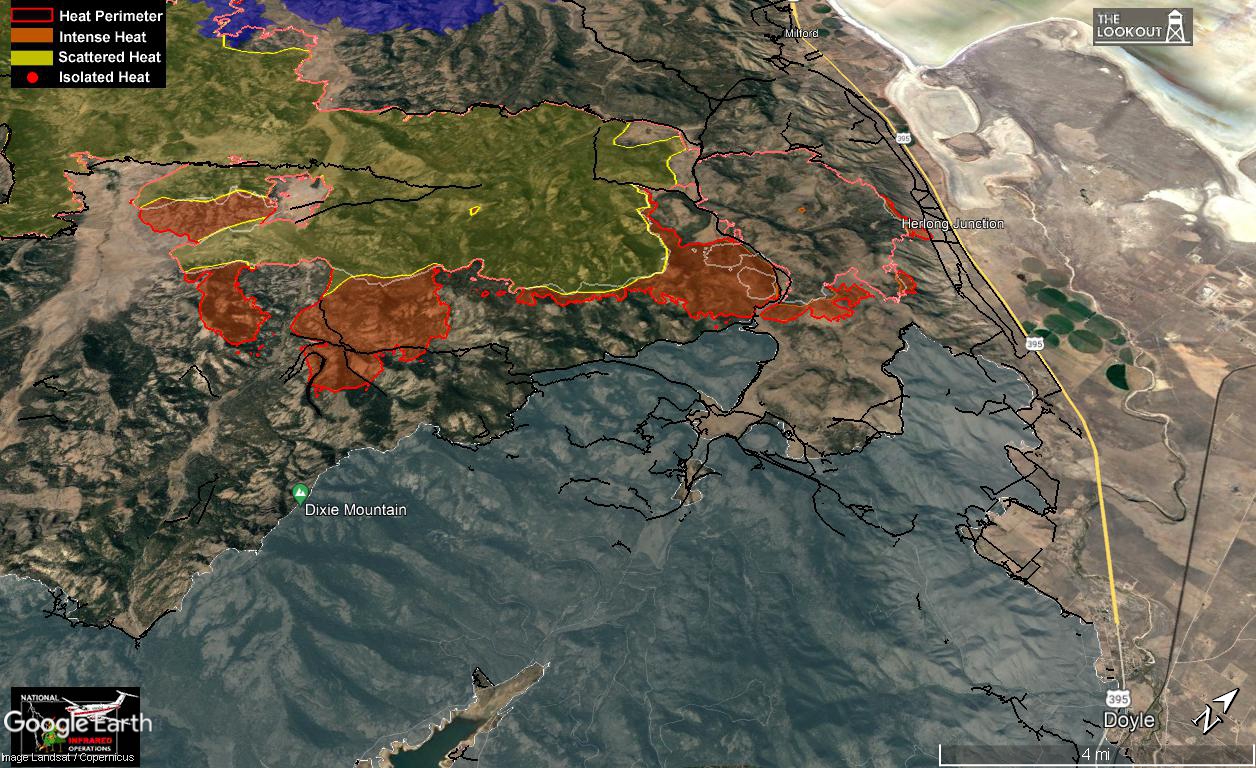 Thanks to Tumbleweed for the maps!