*Our Lookout fire maps are high resolution. Click the maps to open them in a separate window, there you can zoom and scroll around the map to take a closer look. This is especially helpful to know while viewing our maps on cell phones*

We have been using infrared satellite images from 5/13/2022 to look at the spread and potential future fire behavior of the Hermits Peak Fire. Here are some of our images, with some narration.

Check out all the spotting in areas blowing out on the west central part of the fire. Firefighters have had very little success controlling the western edge of this fire in the heavy timber. Fire behavior and resistance to control is reminding me of the 2021 Dixie Fire, which burned with pretty-much uncontrollable behavior in timber for almost a million acres. Looking at Hermits Peak with that lens, it seems like it could burn all the way to the toe of the mountains near Taos, and thru and right on past Angel Fire. Pray for an early monsoon. 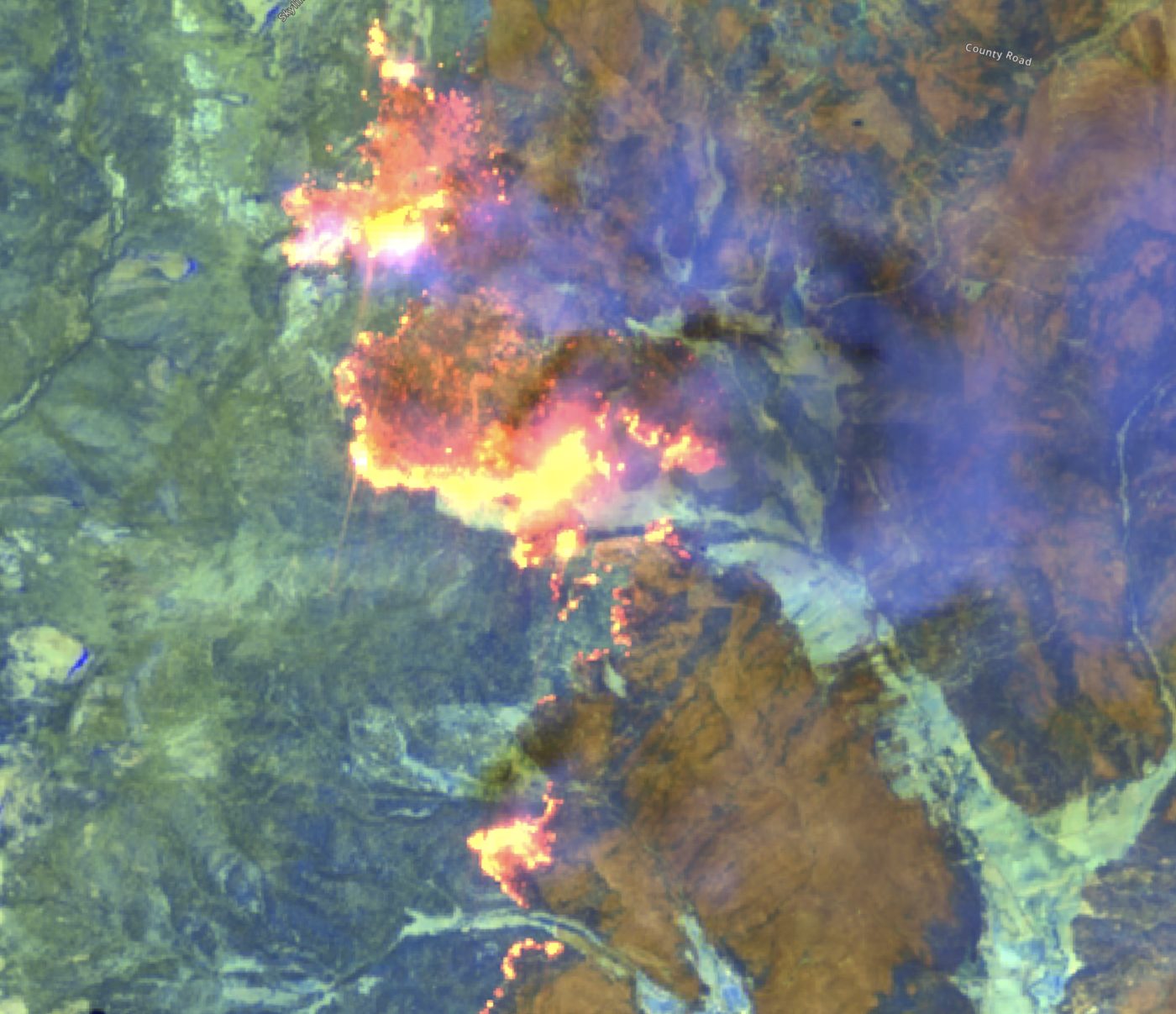 Here is a 3d view of the same area – looking NW over Gascon. The sparser vegetation and cooler temperatures in higher-elevation areas have tended to slow the westward spread of these fires over the past month they have been burning, but the fires keep pushing steadily west, and easterly winds are forecast in next few days. 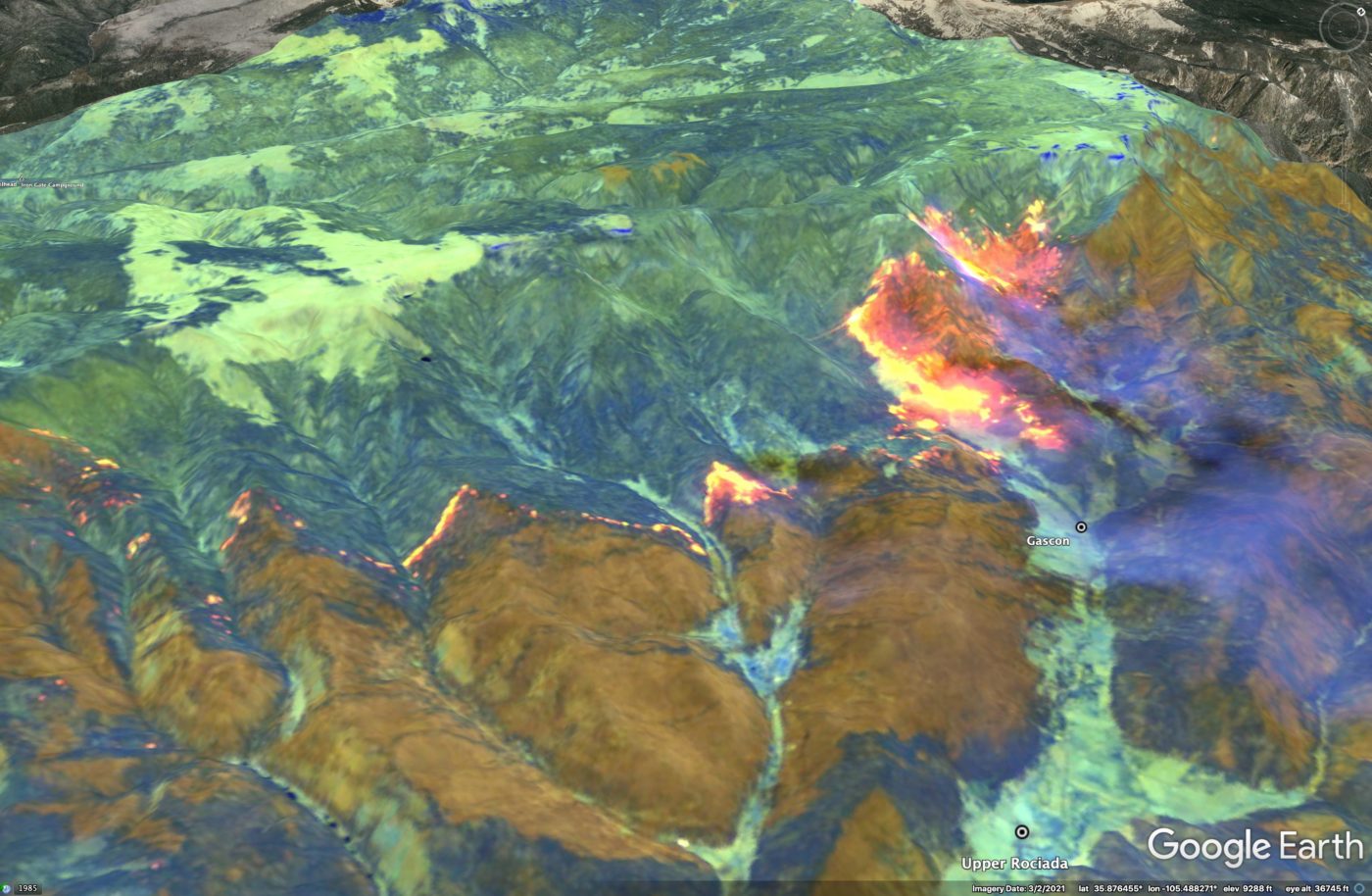 The northeastern edge of the fire, west of Chacon, seems to be chewing steadily across an old burn scar. 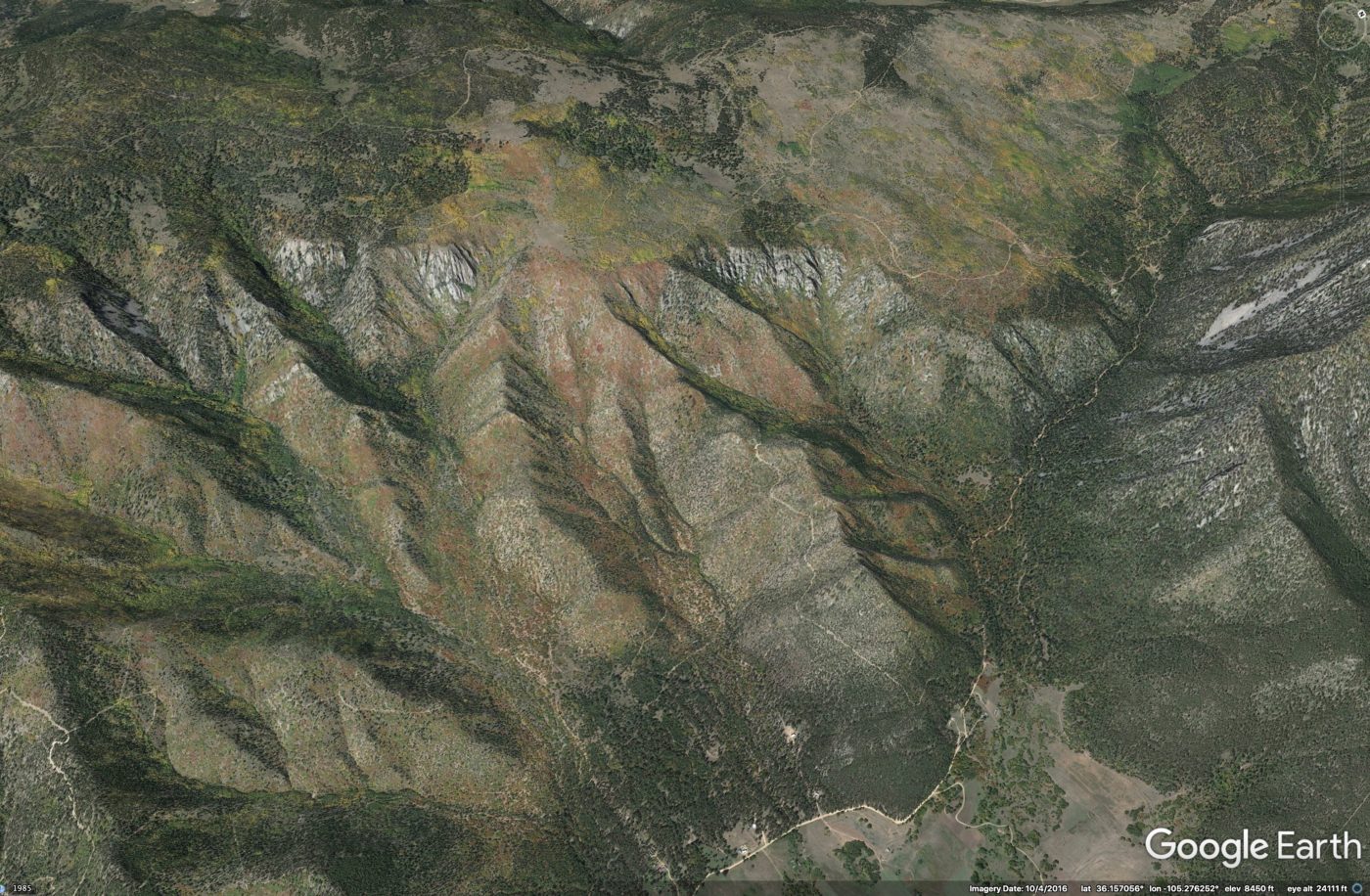 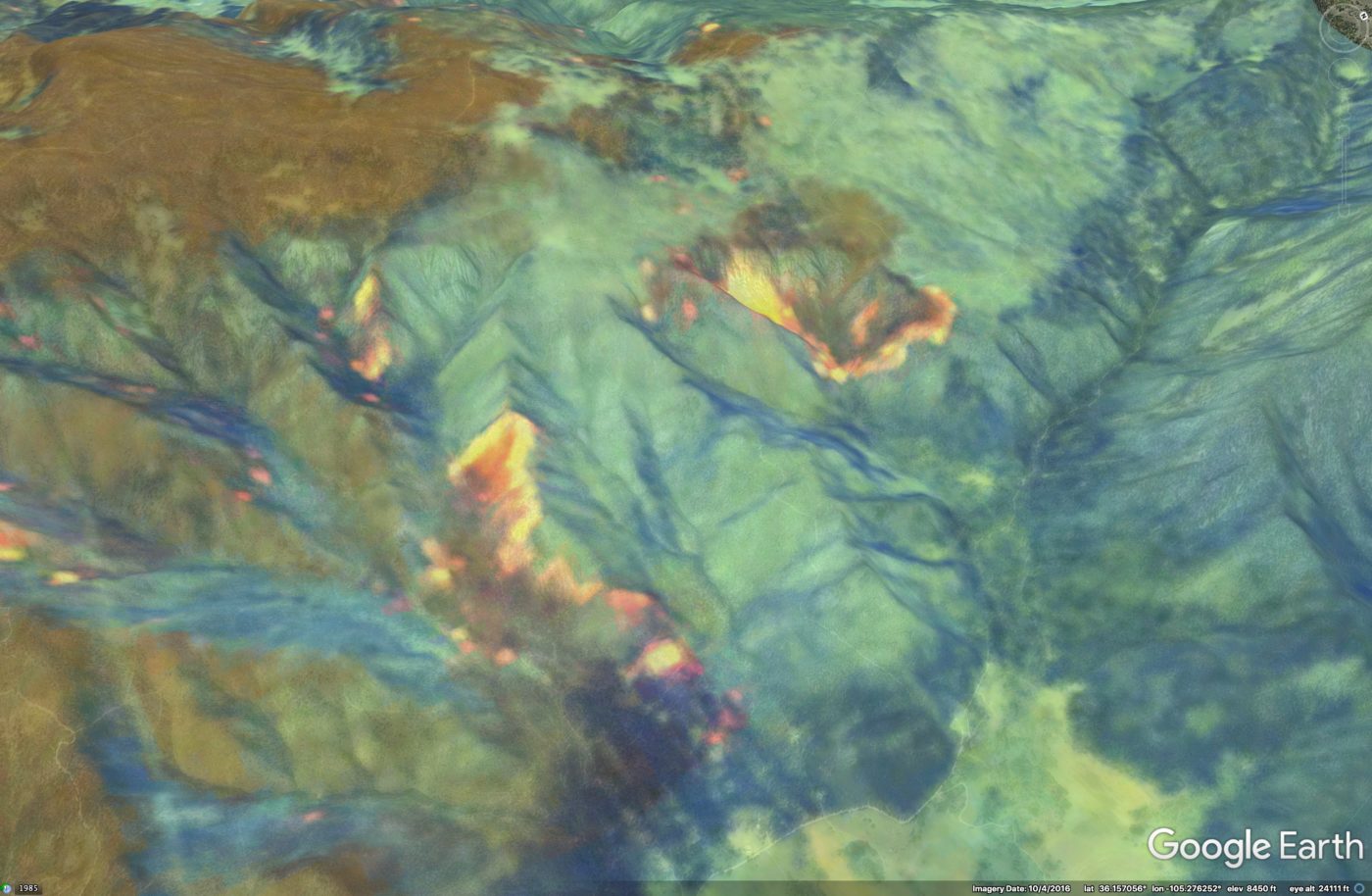 5/13/2022 image looking SW over Guadalupita and Chacon. Colors show fire severity – red areas burned every tree. Angel Fire is 12 miles north of the current fire’s edge (off bottom-right  of the screen in this view). The pink area on right of this image is the 2020 Luna Fire. 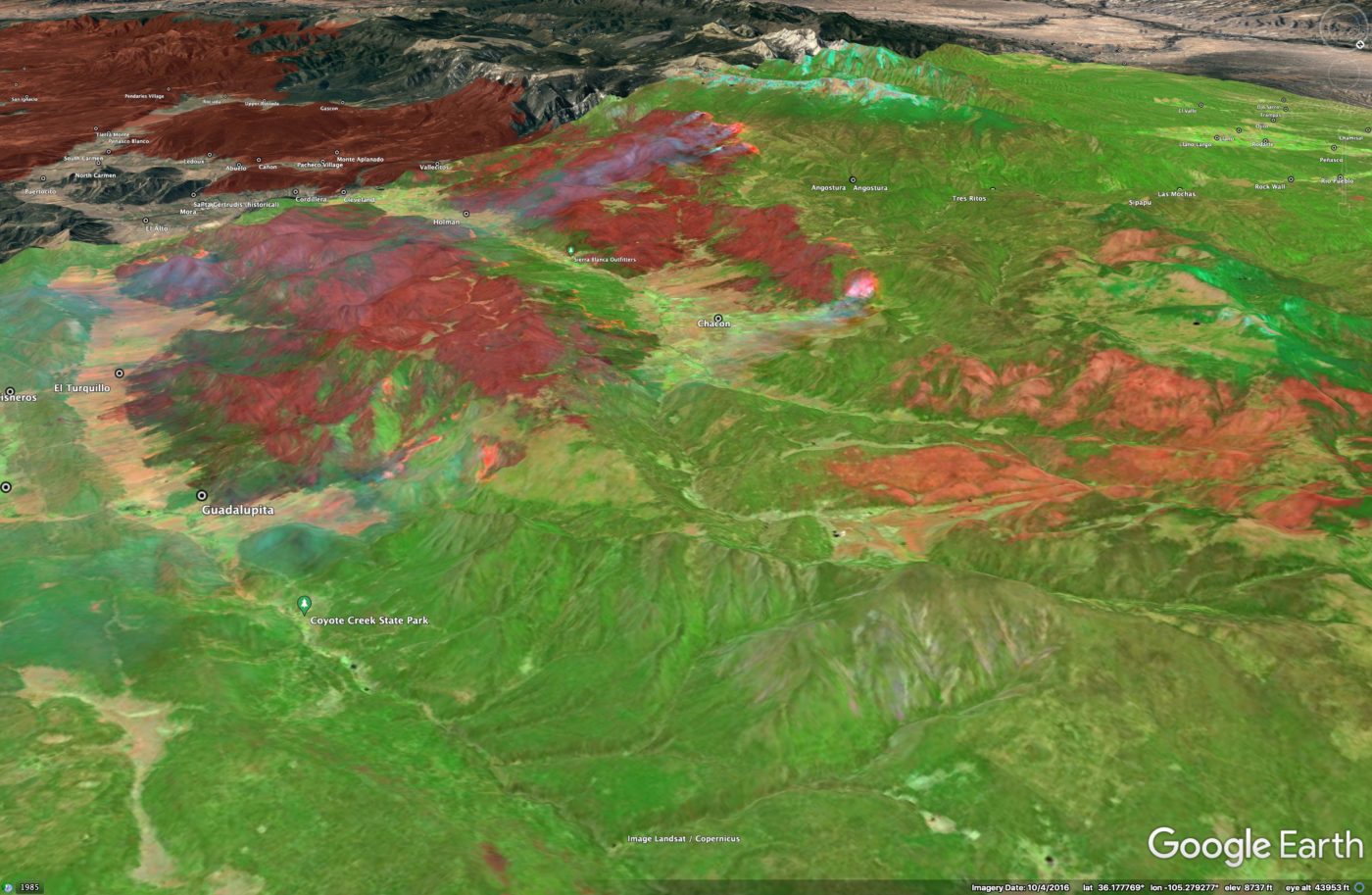 View looking north over Guadalupita toward Black Lake Resorts (just above center). Angel Fire is in top-center.. Fire was almost to the Rincon Mountains (just left of center in map below). There are no good control opportunities in this range of hills. 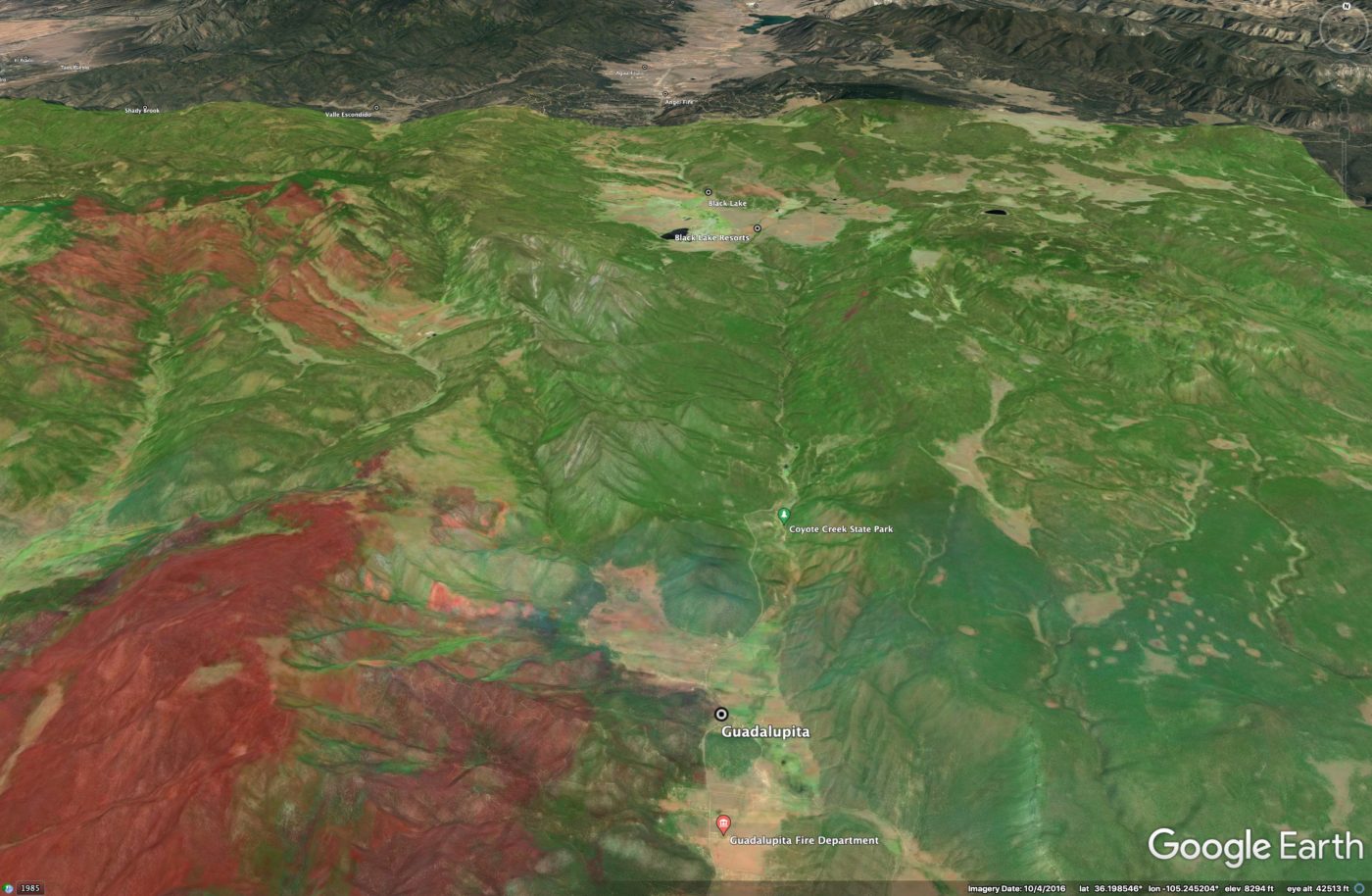 Looking southwest over Angel Fire. There are fairly continuous heavy fuels all the way from northern edge of Hermits Peak Fire to Angel Fire. The active edge of the fire is not terribly active today, but there is still a lot of potential if south winds fire up. 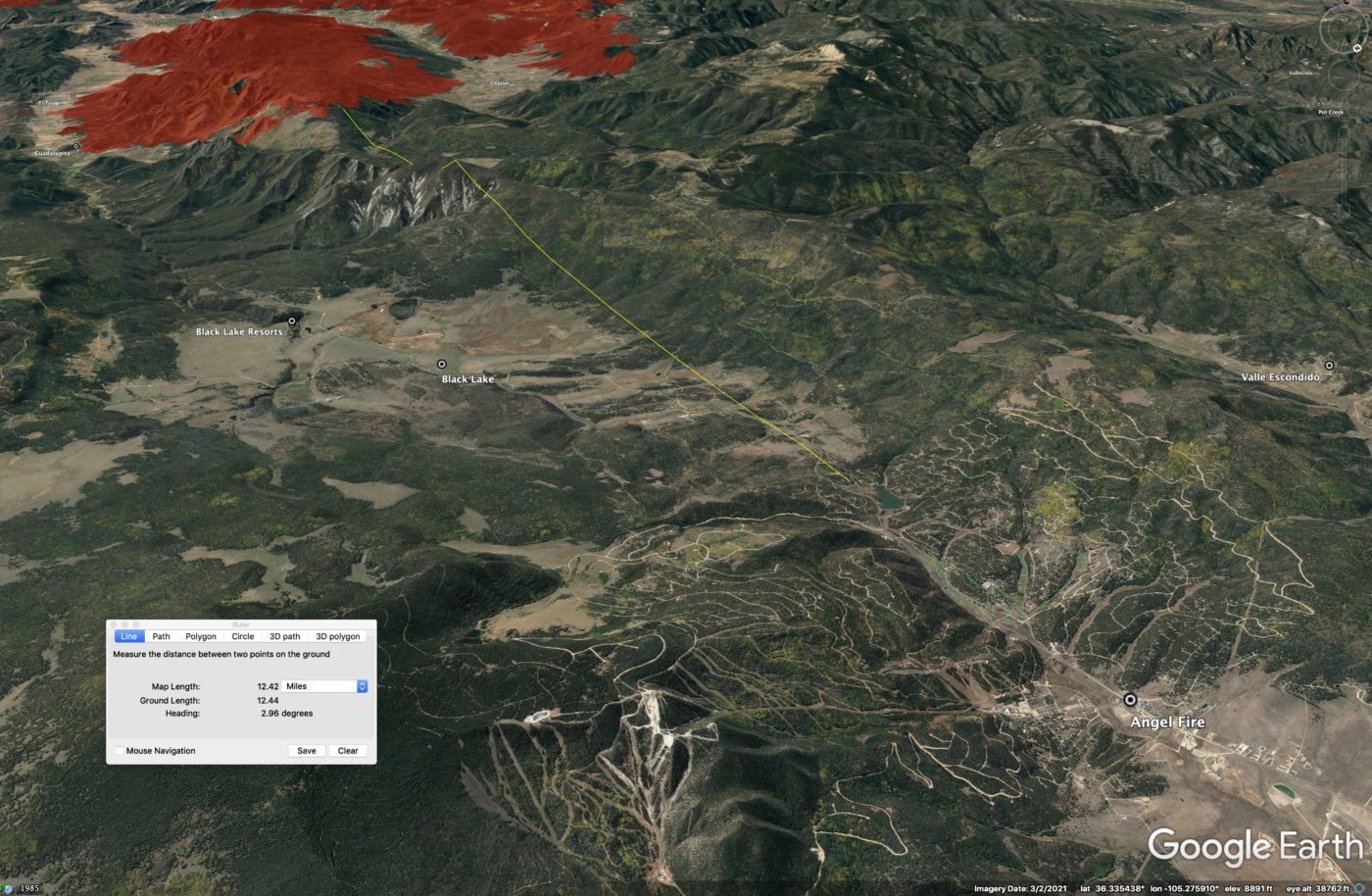 One of the factors driving the yo-yo north and south spread of these fires has been their location on the eastern side of a massive north-south mountain range, at the western edge of the Great Plains.

Orange and red dots are most recent heat. Yellow areas are cooling off. The goof yellow loop on upper-right is bad data, this area didn’t burn. Red fill is burned and cooled-off areas. 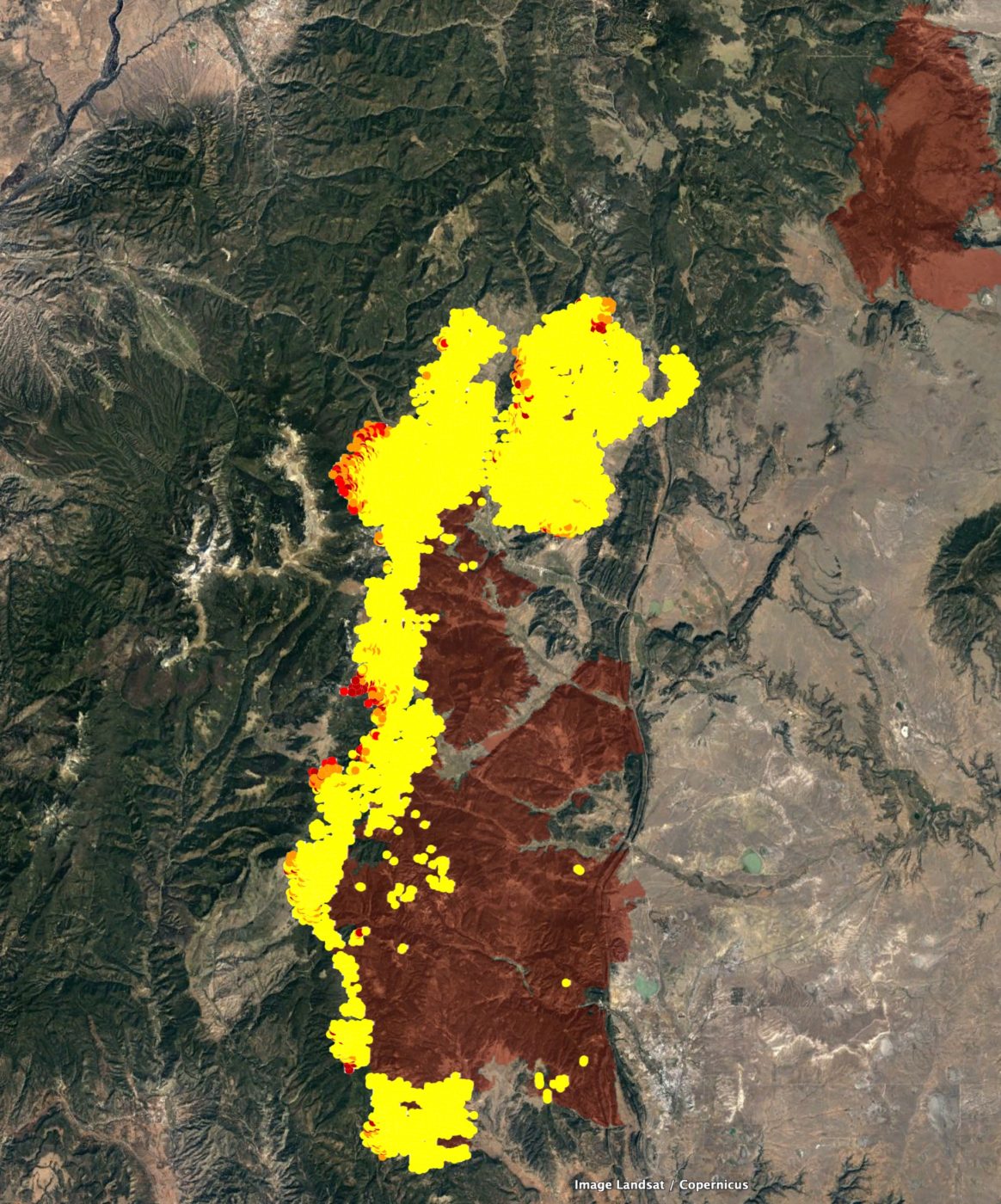 The mountains act as a dam to continental-scale winds from the east, forcing them to flow north or south. 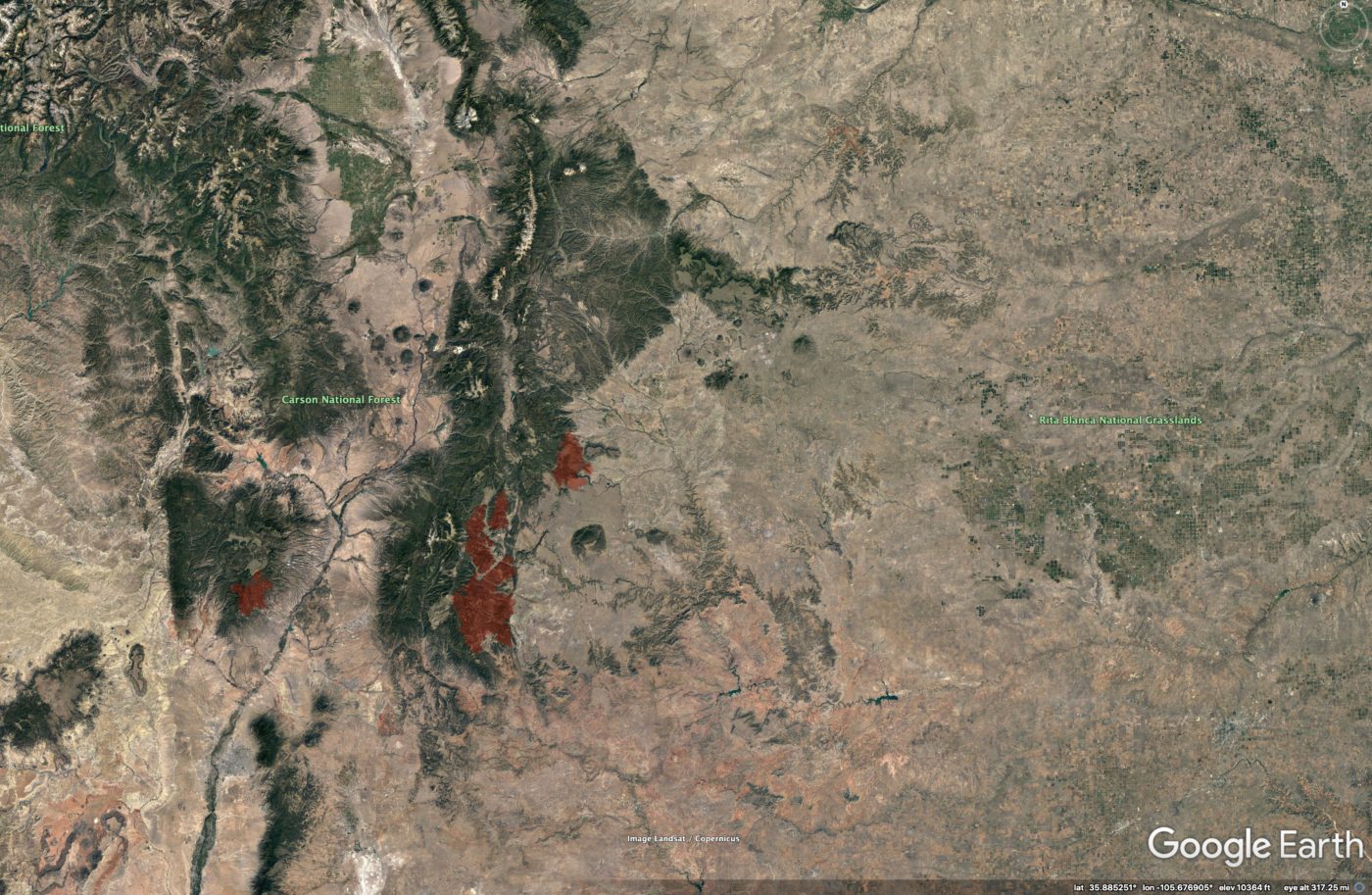 A large proportion of the area burned under high winds in the last week on the north end of the Hermits Peak Fire has had high-severity fire effects. Red areas on these images had most of the trees killed. Green areas still have some green needles on the trees. 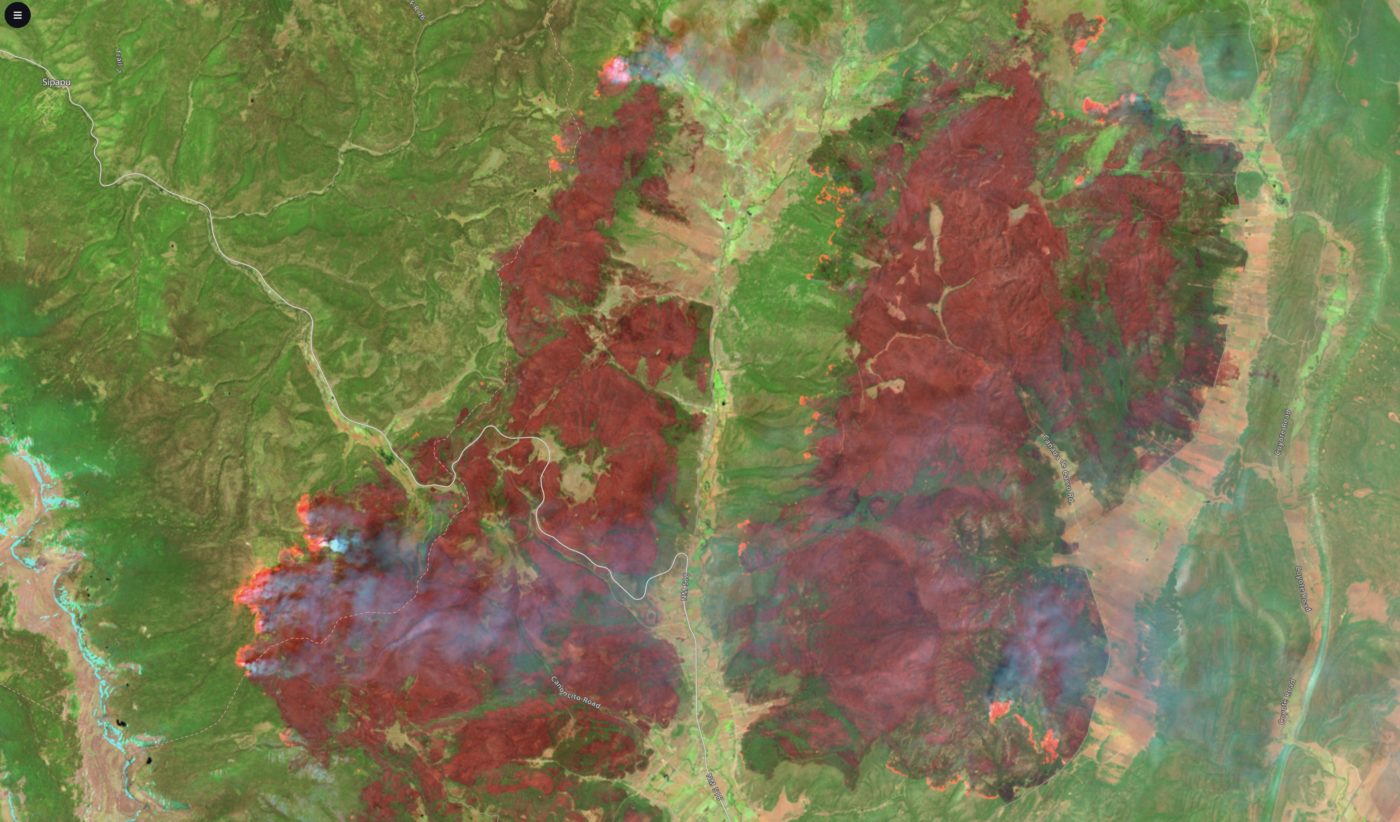 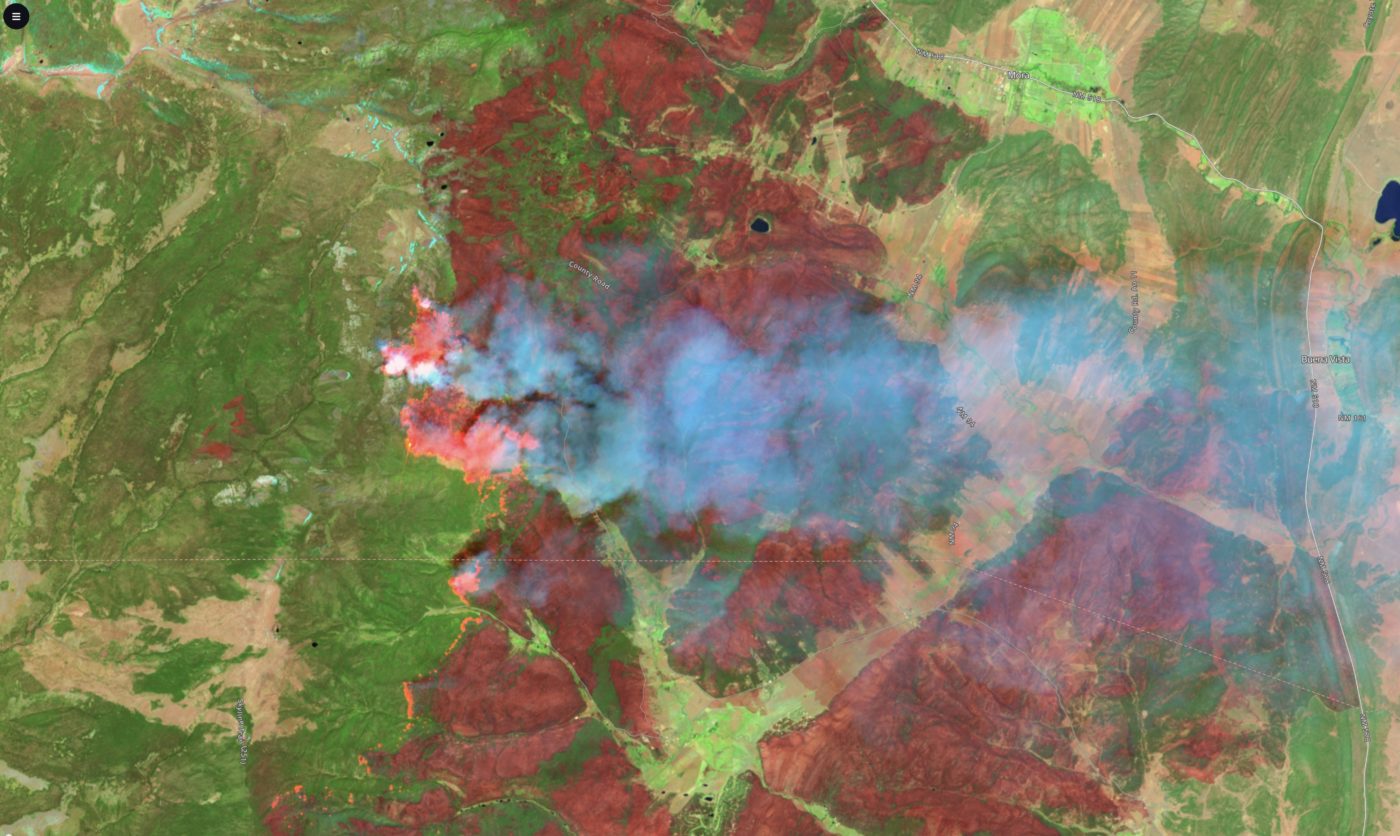 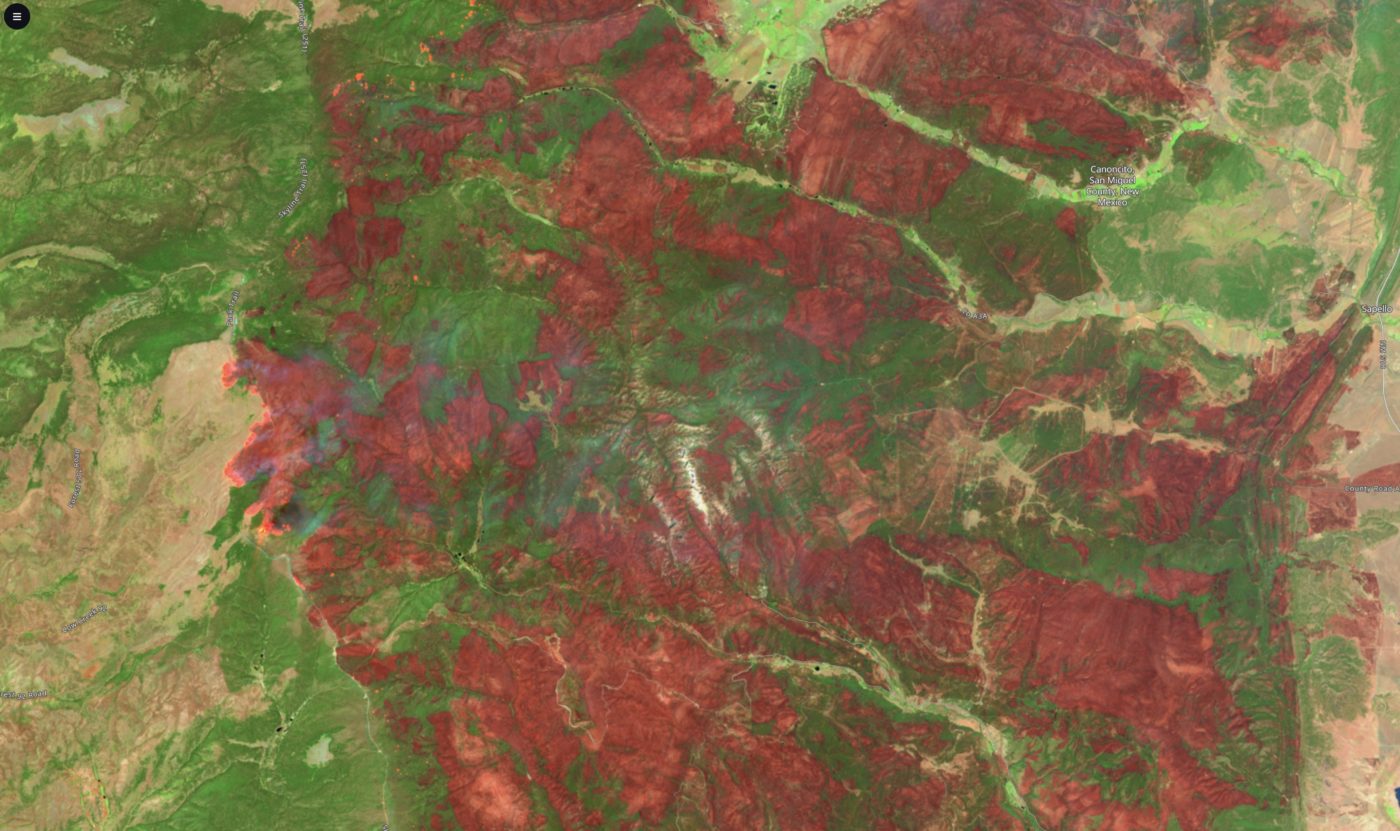 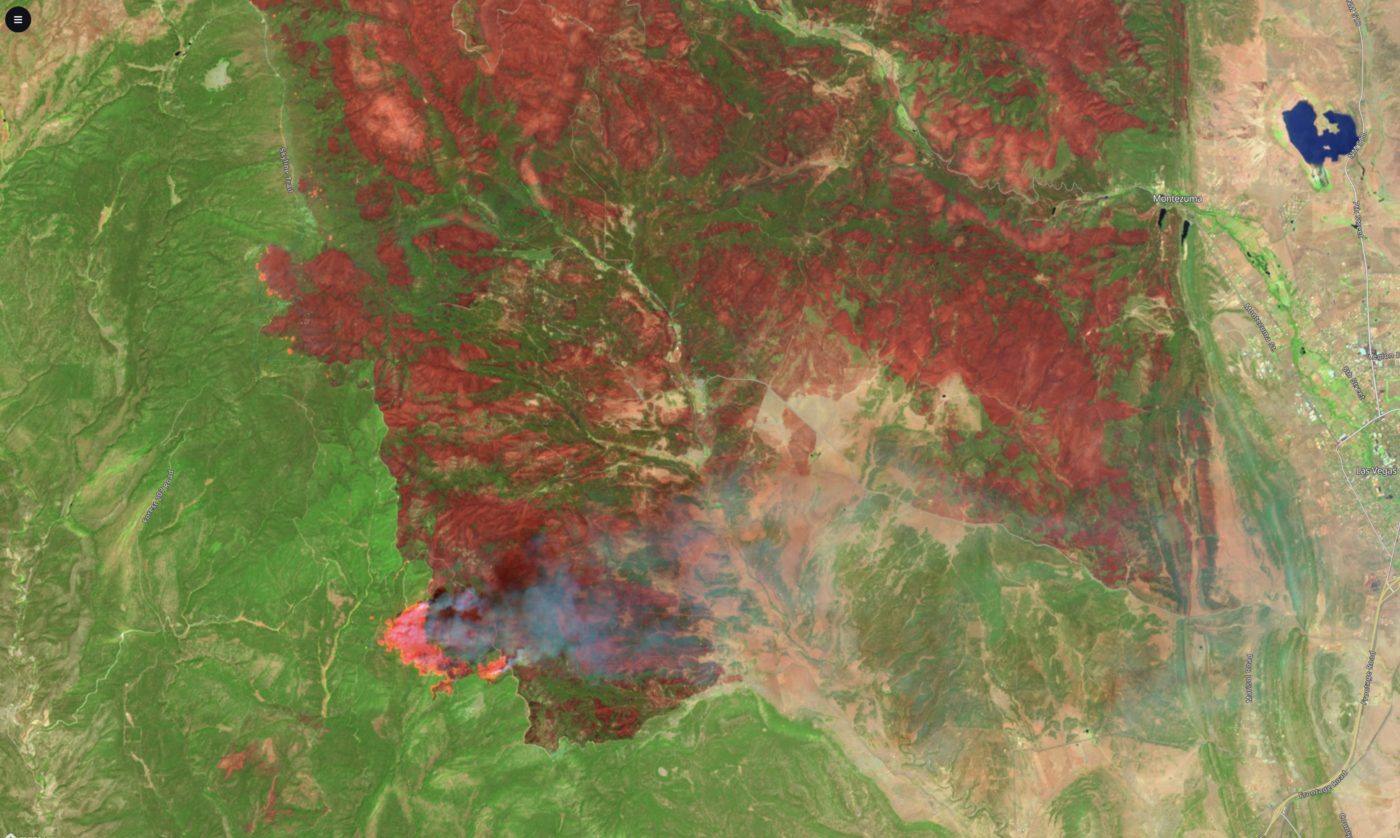