Things got a little squirrelly yesterday on the east side of the fire, but this morning’s top story is RAIN! 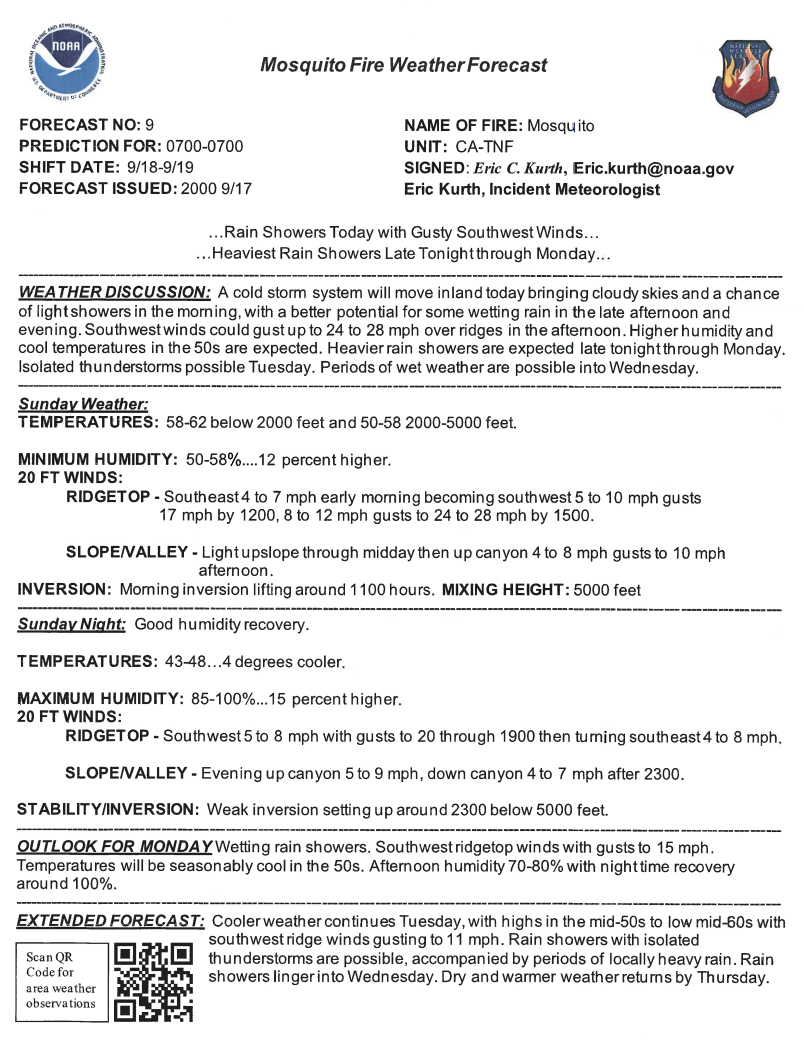 As we saw on the McKinney fire this year, rain over a wildfire creates new hazards.  An extreme example of this can be seen on one of Zeke’s Twitter posts about the McKinney Fire. Back in August, a storm cell dropped about 3″ of rain in a very short amount of time and a Lookout reader submitted some intense video footage of the aftermath:

A Lookout reader sent some videos of the aftermath of debris flow/flash flood on Div W of #McKinneyFire yesterday, 8/2/2022. 1/3 pic.twitter.com/vYOsZciTbe

Map key:
Previous wildfires that may have influenced fire behavior are seen in YELLOW
GREEN lines are powerlines
The RED perimeter of the fire is from 4pm, September 17
The WHITE perimeter is from 8pm, September 16