Mop up continues around Foresthill and things are looking good on the northwestern area of the fire leading up to today’s expected wind event. Mop up continuing on the northeast area of the fire along Foresthill, Chicken Hawk and Deadwood Roads. Firing overnight around the Middle Fork of the American River along the Inner Bay Road proved difficult with erratic winds, but firing was successful. Also, firing along 11 Pines/Tiger Roll Roads overnight to keep up with the fire. Incoming weather today, we’re expecting to see southwest winds around 20-25 mph on the ridge tops.

***Note: It was too smokey around Foresthill to update IR from the northwest portion of the fire. The area inside the YELLOW BOX has been estimated. See the IR Interpreter’s Log below for more details: 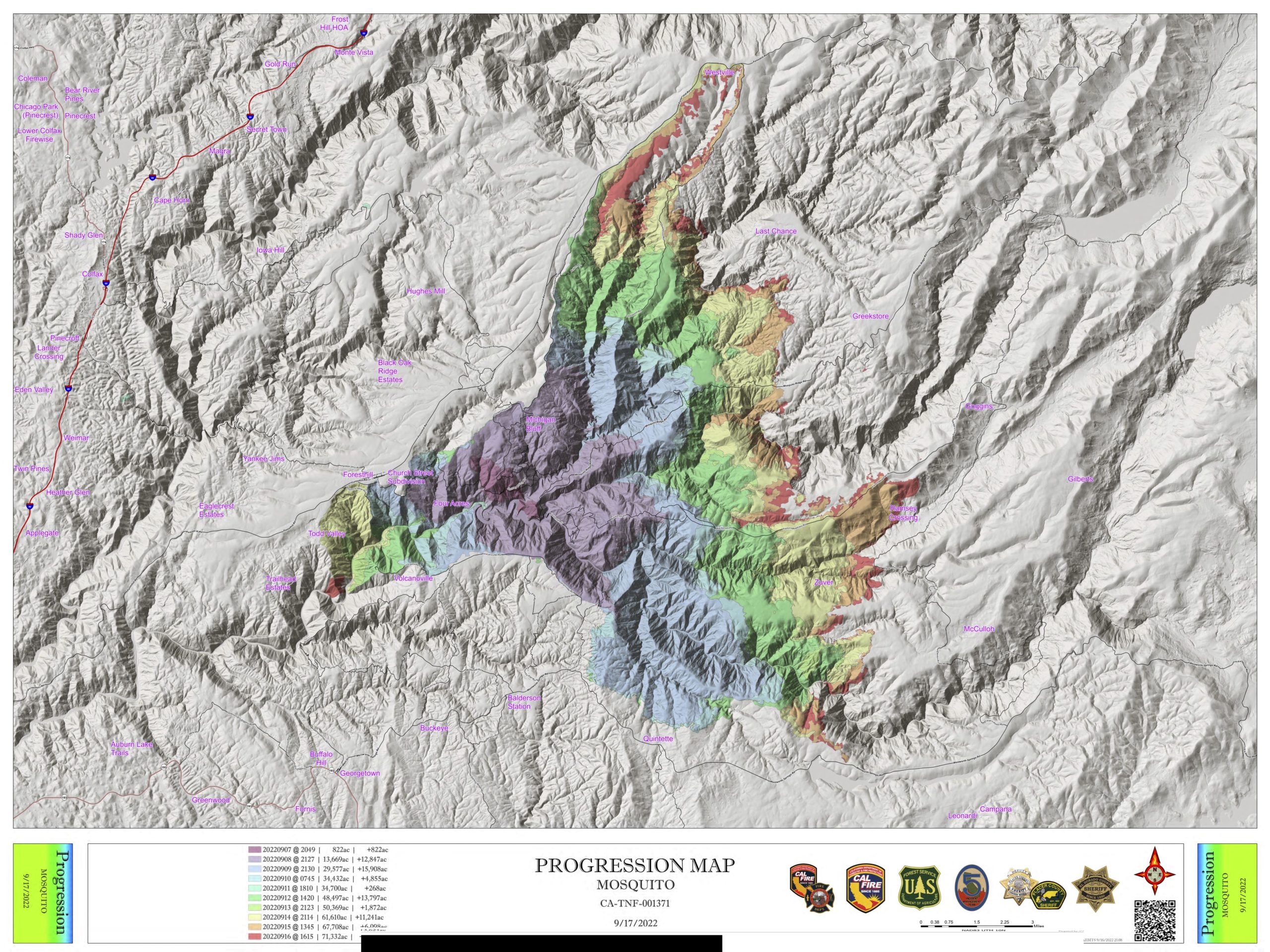 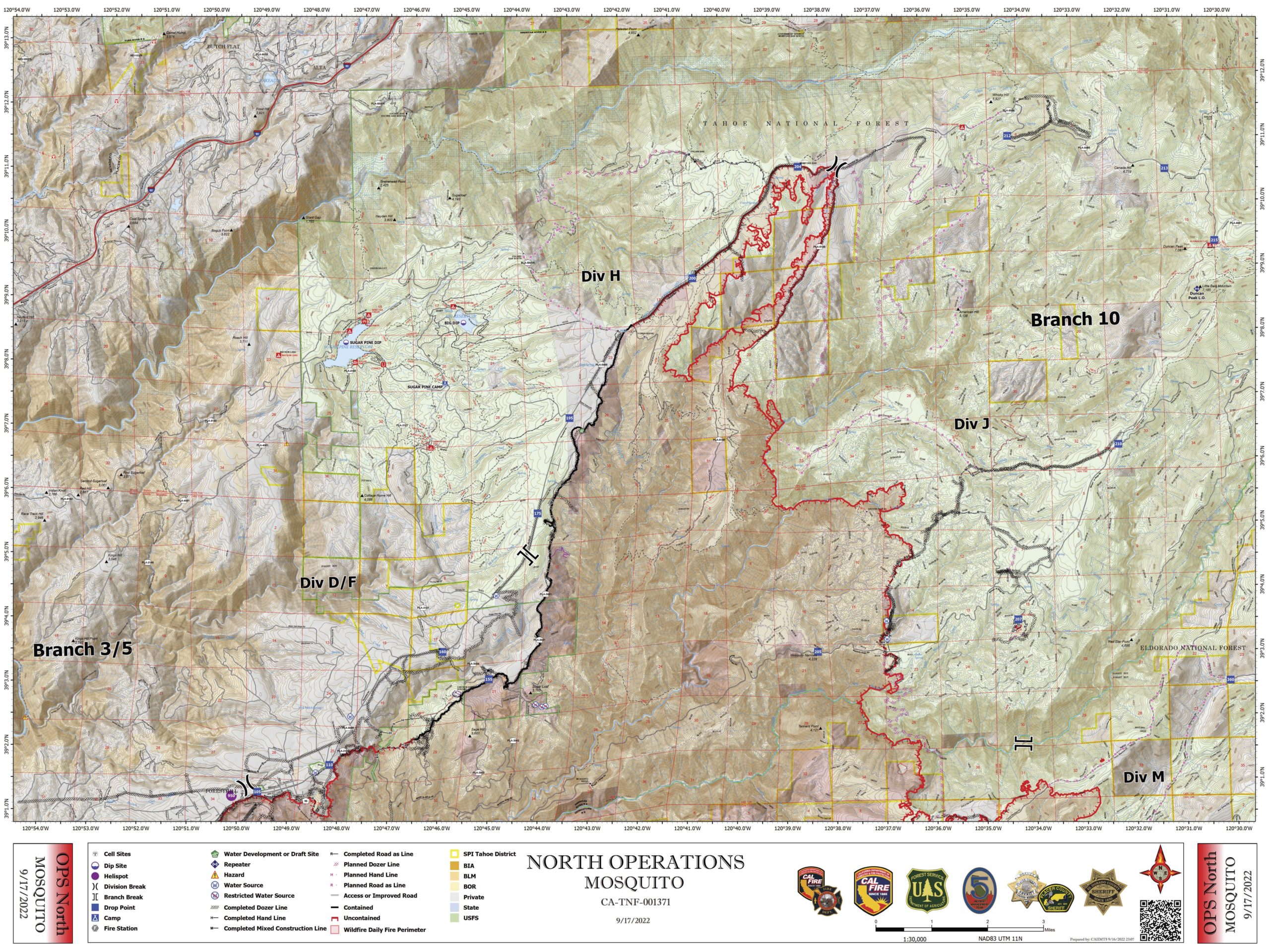 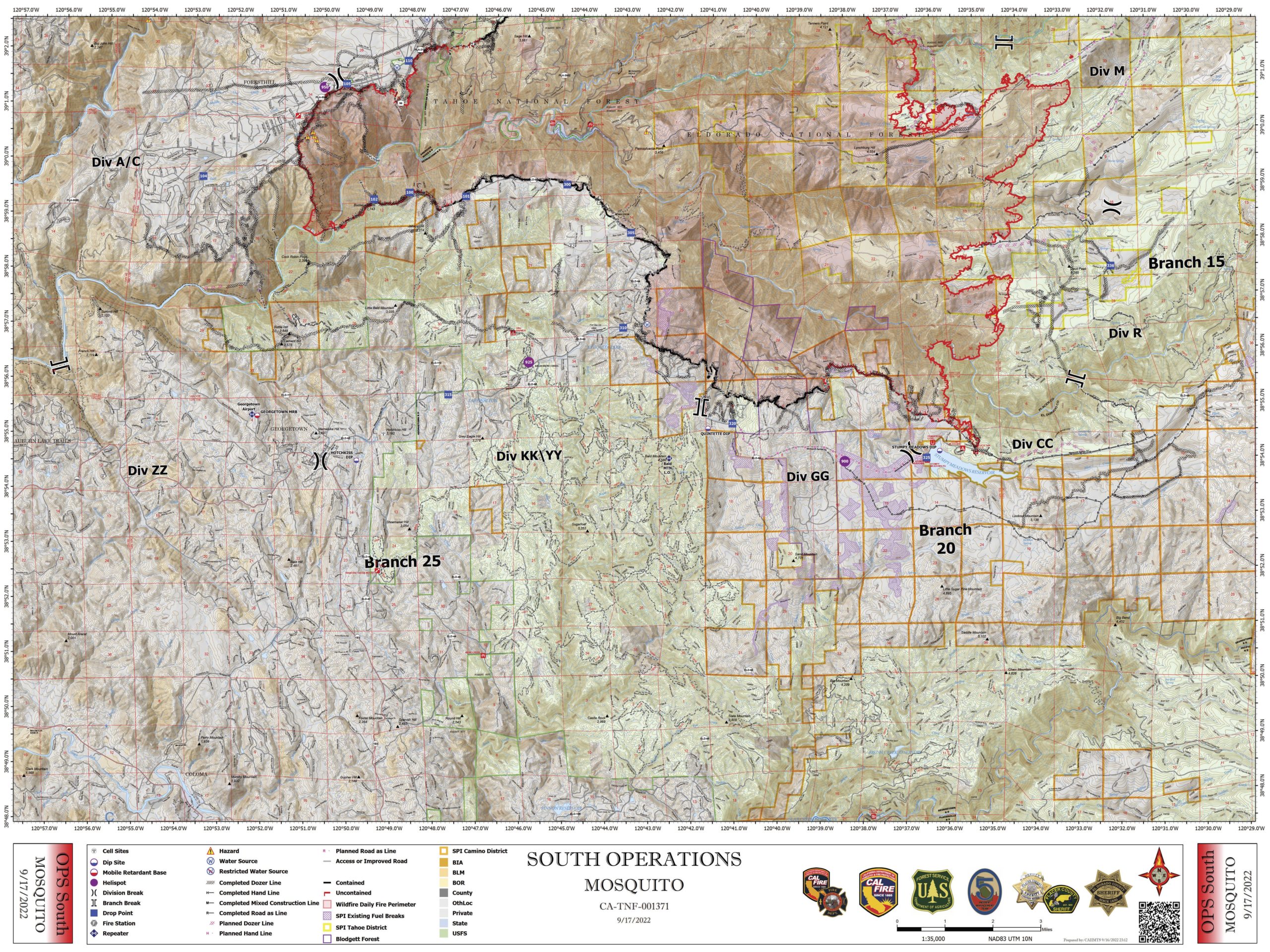 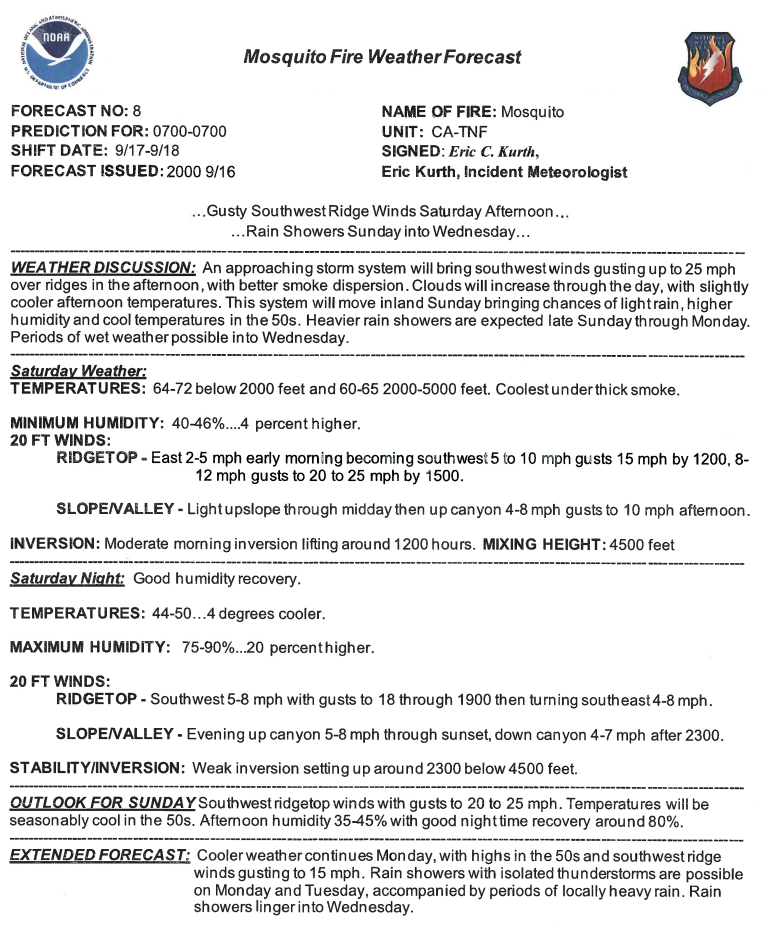 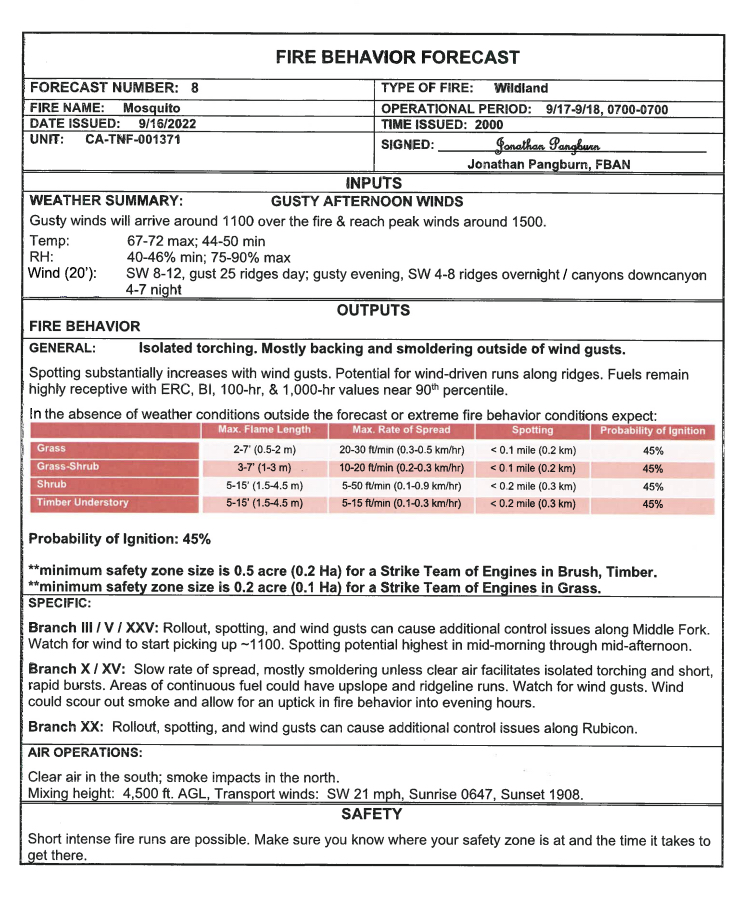