Here is a weather forecast from a NWS forecaster that I got from the forums.wildfireintel.org website.

Major takeaways: The offshore winds will continue for 48 hours, followed by a reversal to gusty onshore winds. These reversals will complicate firefighting efforts across the region. Farther out, there is potential for moisture from the Pacific Ocean to get pulled in over NorCal, leading to some lightning risk.

A surface cold front is moving into the Great Basin just north of Lake Tahoe. This is rare for this time of year, and absurd considering this area is going from high temperatures in the 100s to the 60s in three days. There is leftover heat that is absorbed by the ground that moderates temperatures, so knocking temperatures down this much goes to show how potent of a cold storm this is… farther north highs will struggle to get into the 60s. 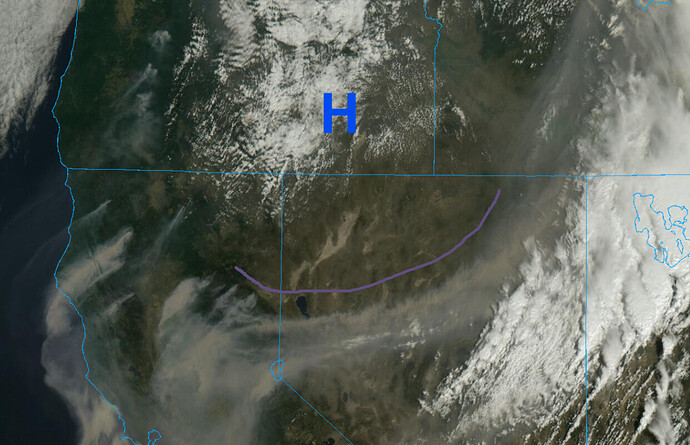 On the satellite image you can see the surface cold front defined in the smoke arch just north of Lake Tahoe, and the subsequent surface high pressure to the north. Offshore winds are surfacing from this offshore flow as seen by the smoke direction on major fires in the Klamath’s and the northern Sierra. This surface high pressure should lead to compression warming and drying west of the crest for high fire spread potential.

The limiting factor for higher offshore winds surfacing will be the smoke preventing gradients from steepening too much.

Offshore flow should continue for the next 48 hours before a shortwave drops out of Canada, into Oregon and reverses the flow to onshore. Due to upper level high pressure building into the SW there should be gusty onshore winds (especially on the lee of the Sierra) this weekend as onshore gradients steepen.

This see-saw of onshore flow to offshore flow is something we usually start seeing in mid to late September for North Ops, and will pose containment difficulties as the fire direction changes. 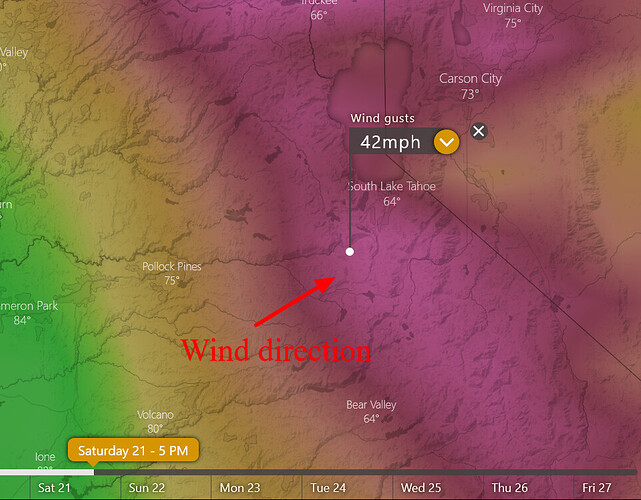 Looking farther ahead… high pressure should begin to rebuild over the entire west coast through D10, we are entering the time of the year where tropical remnant-cut off low interactions are most likely and this will need to be watched for additional lightning bursts as the eastern pacific has become more active. 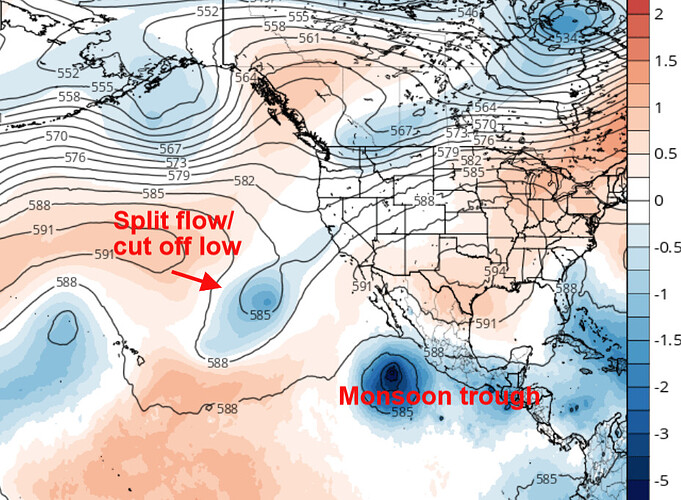