8pm update:
Genesee Valley was the hub of much of the action today. Mill Creek/Highlands area looks like it is cooling down. Minor spread on N side of Lassen Park, and Fredoyer Summit. Some movement south toward Milford. 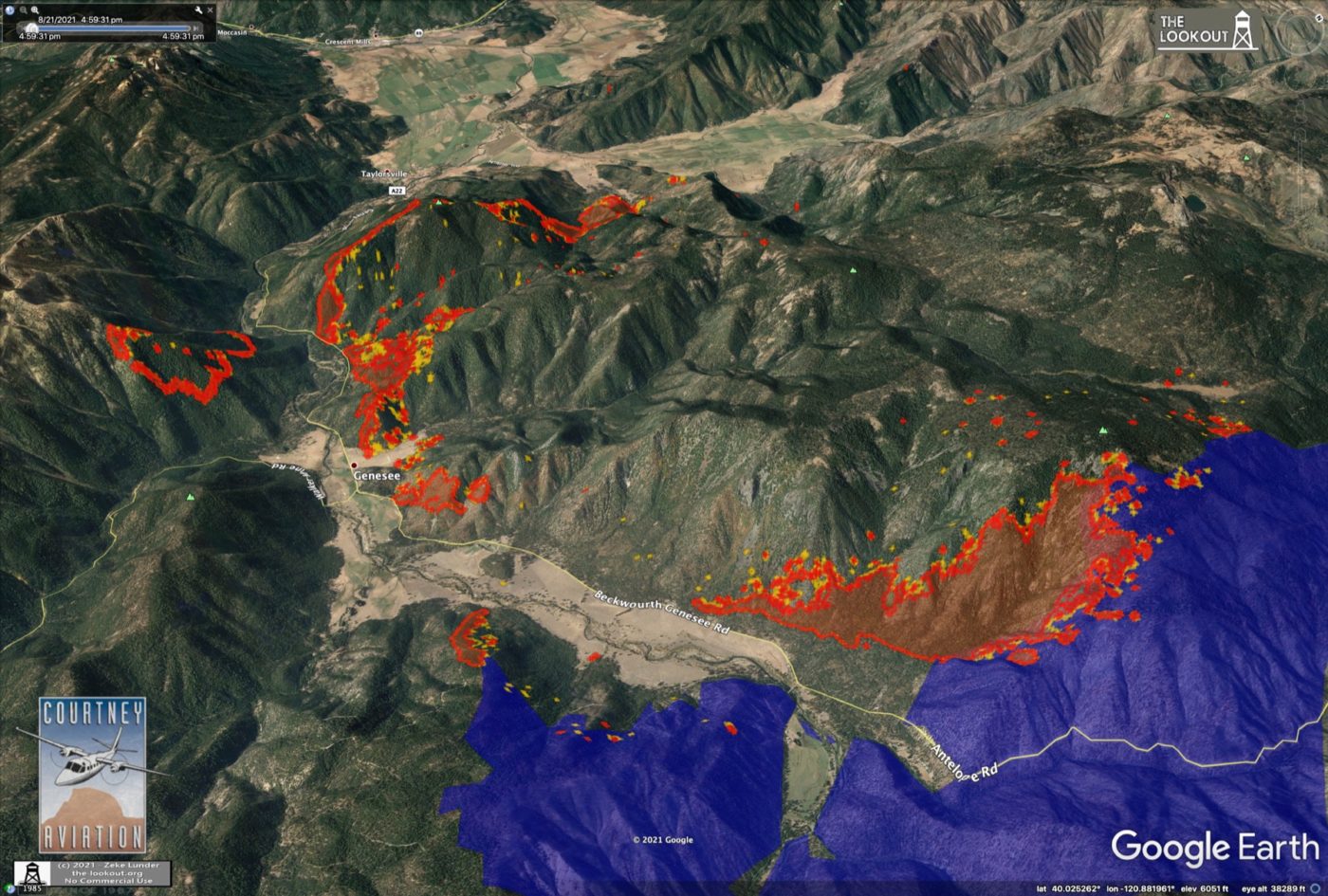 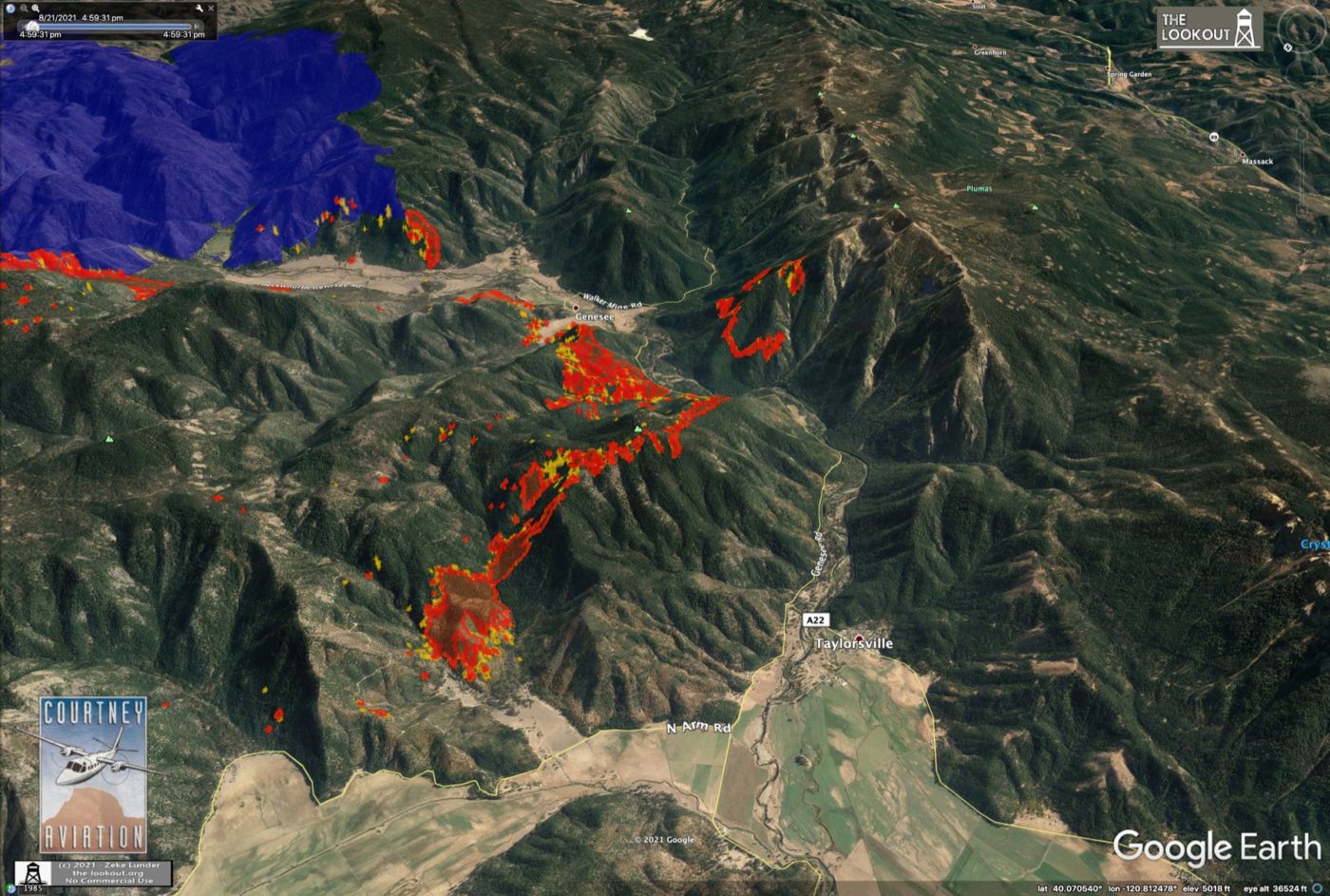 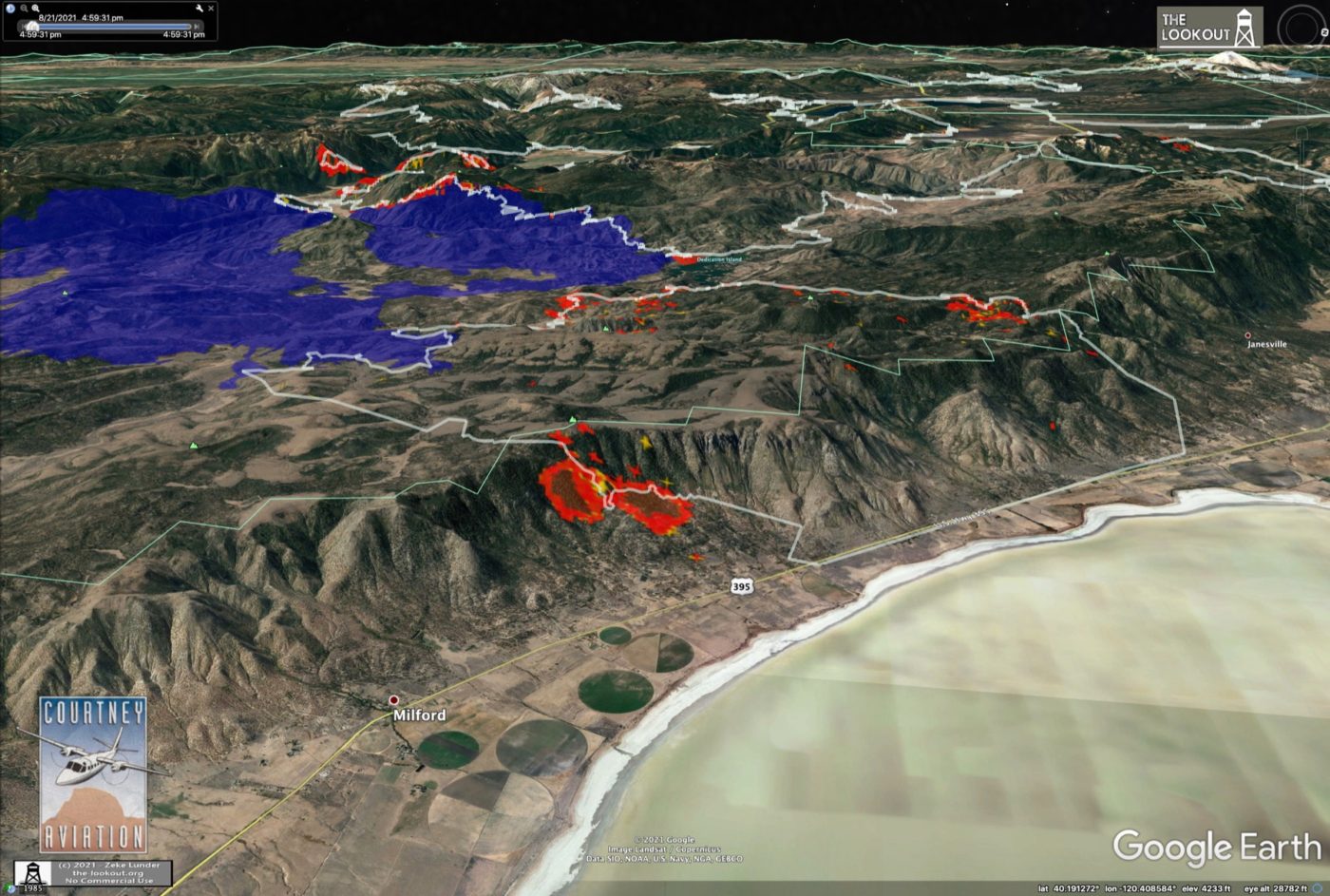 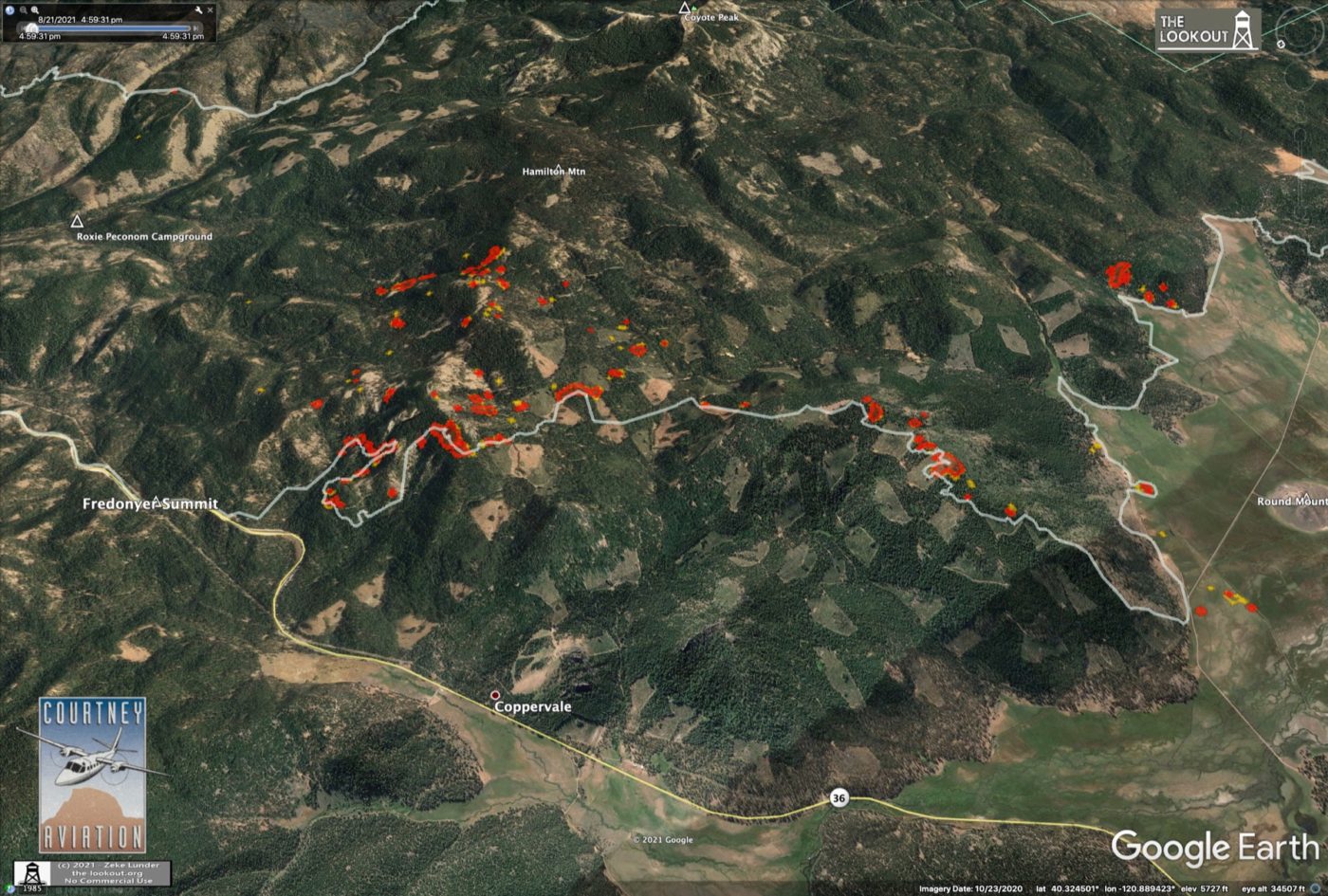 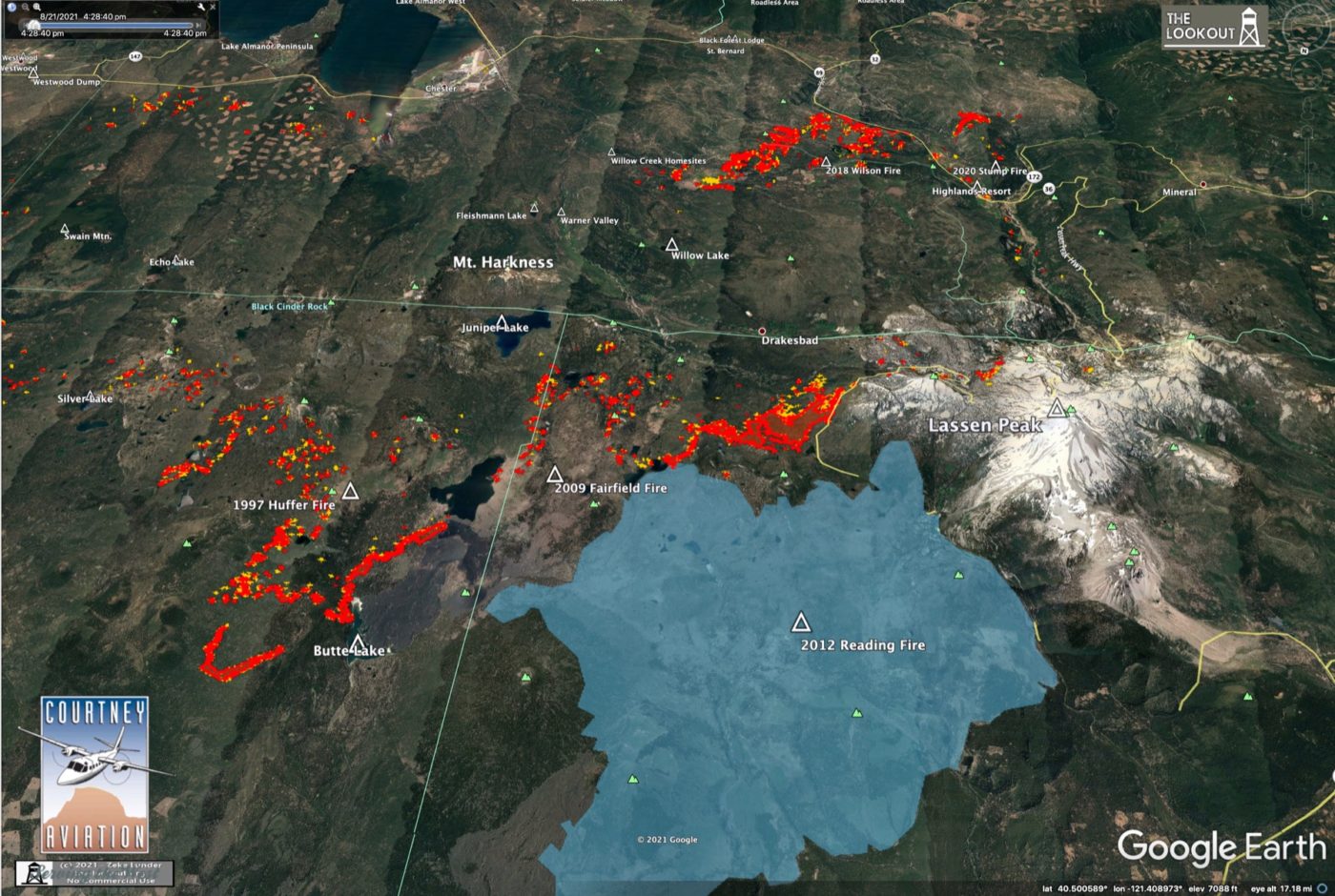 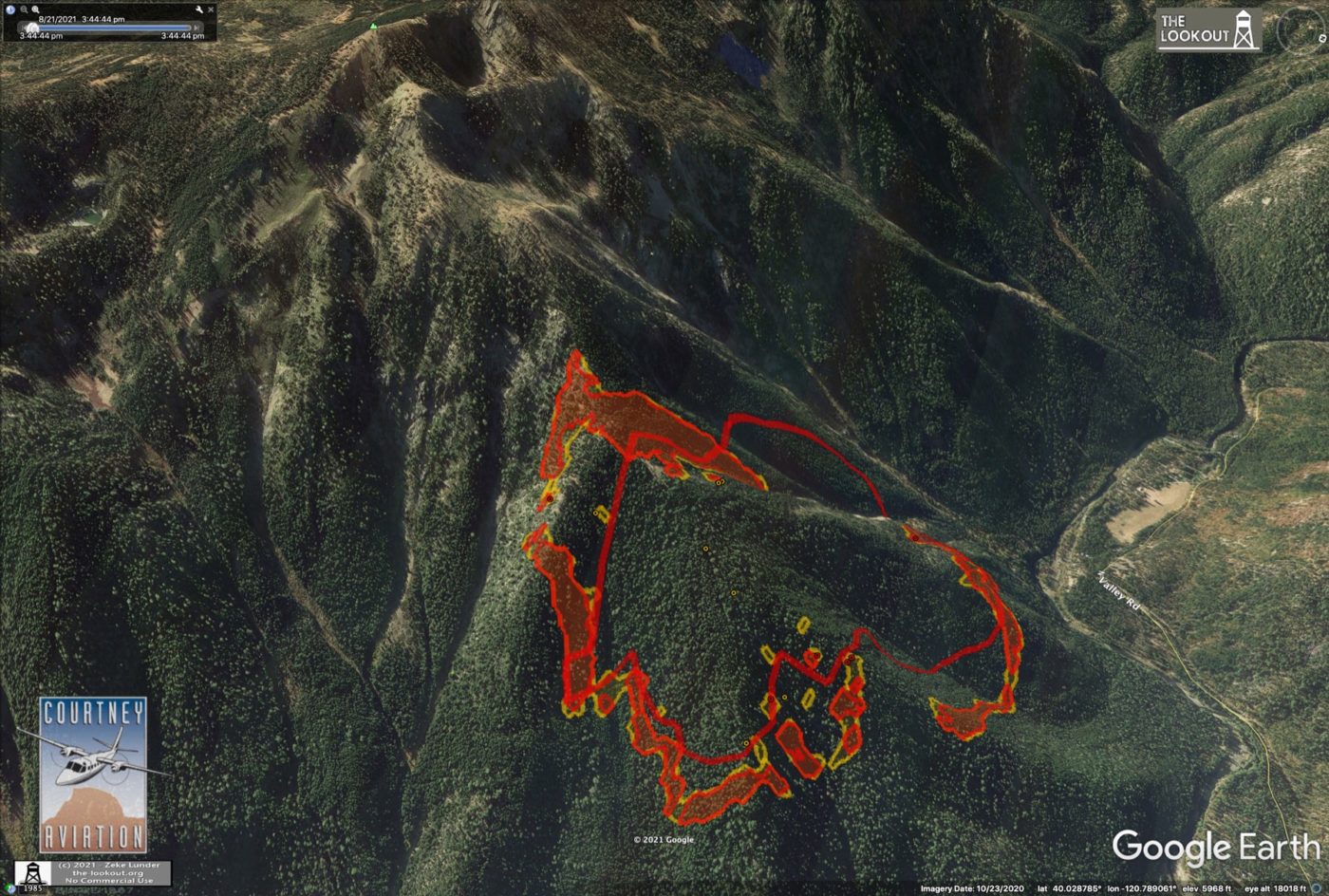 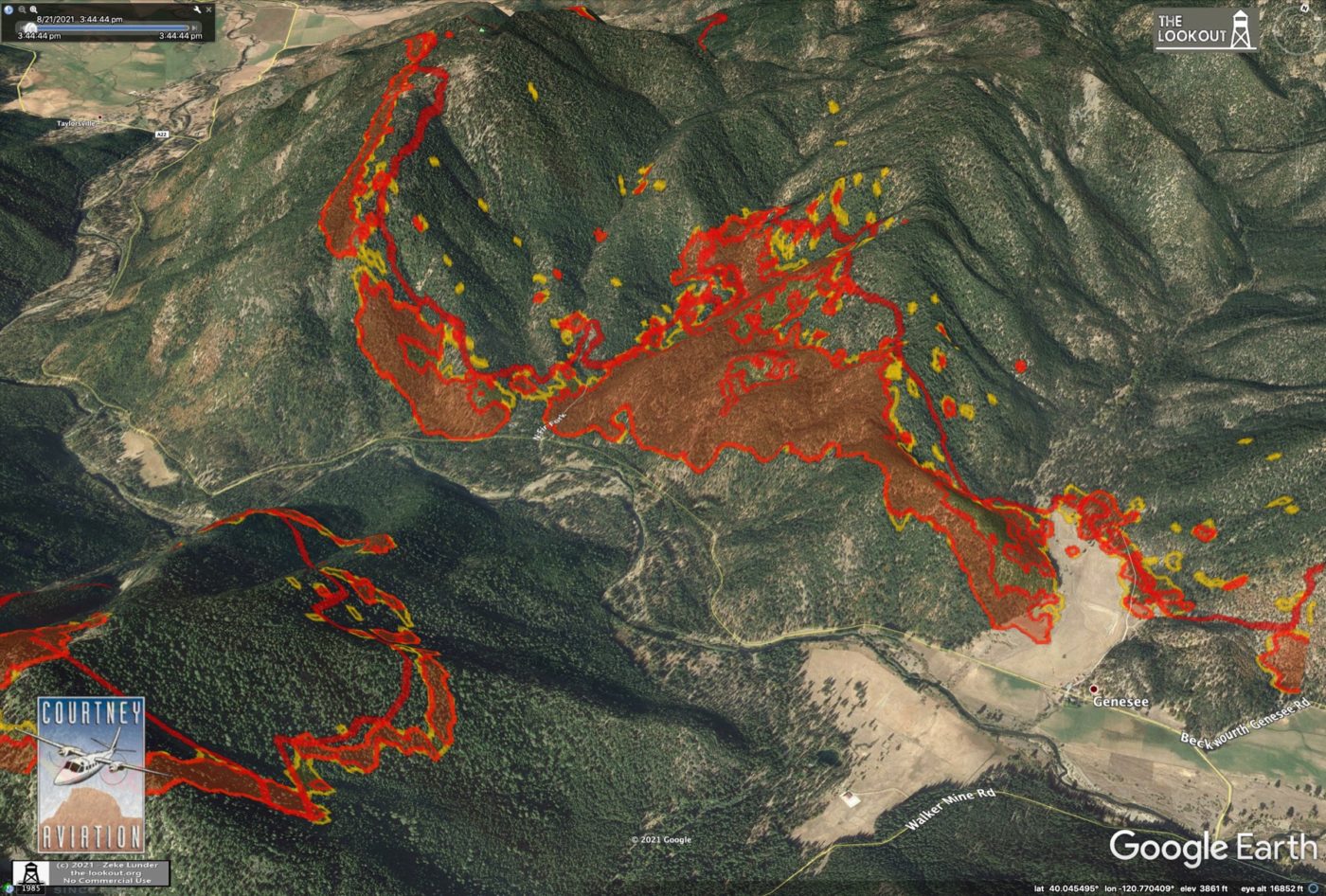 EARLIER:
Good morning, everyone. Today is my dad’s 76th birthday and the biggest present he got was his home of 4o years not burning down. I am so happy for him and for all of us who carry around a piece of Westwood in our hearts.

Some background on where our map data comes from: IR stands for infrared. Infrared heat is electromagnetic radiation that is not-quite visible to the eye.

When I first started doing fire mapping work, IR scanners were Vietnam-era tools the size of a small copy machine. They would use them from the back of a small, converted business jet that flew at 20,000 feet and printed blurry linescans onto fax machine paper. They would fly strips back and forth over the fire (almost always at night), roll up the printouts, put them in a tough plastic tube with a flashing light and beeper inside, and then do a touch-and-go at the nearest airport to the fire, dropping the plastic tube out of a hole in the floor of the plane. There is a whole network of IR interpreters (IRIN) trained up throughout the country. Back in the day, the IRIN would run out on the airfield, find the tube and then eyeball the hot spots onto a topo map with a pencil, using the cold creeks and warm roads to get an idea of what was what on the blurry gray print. There were two IR planes, both based out of Boise, Idaho, and on busy nights, they’d each map dozens of fires. If you are interested in this stuff and ever find yourself in Boise, see if you can get a tour of the NIROPS shop at the National Interagency Fire Center (NIFC), very cool.

In the early ’00s, they developed a system that could digitize the IR data directly from the scans, but that plane got struck by lightning north of Susanville on one of its first trips out and they had to reconfigure. The scans now get beamed directly to a file server and the interpreter usually works out of their house, not in a fire camp. Still, the traditional workflow typically demands that these scans are vetted by an actual person before we put them on maps for the day. The fires I’m following are all being flown by a contractor out of Sonora, California. It sounds like the IR interpreter for the daytime flights is mainly being done by robots, not humans. So some of this data needs to be taken with a grain of salt. For instance, one of the images below shows fire over Highway 36 east of Highlands. But without other confirming intel, I can’t announce this has happened. 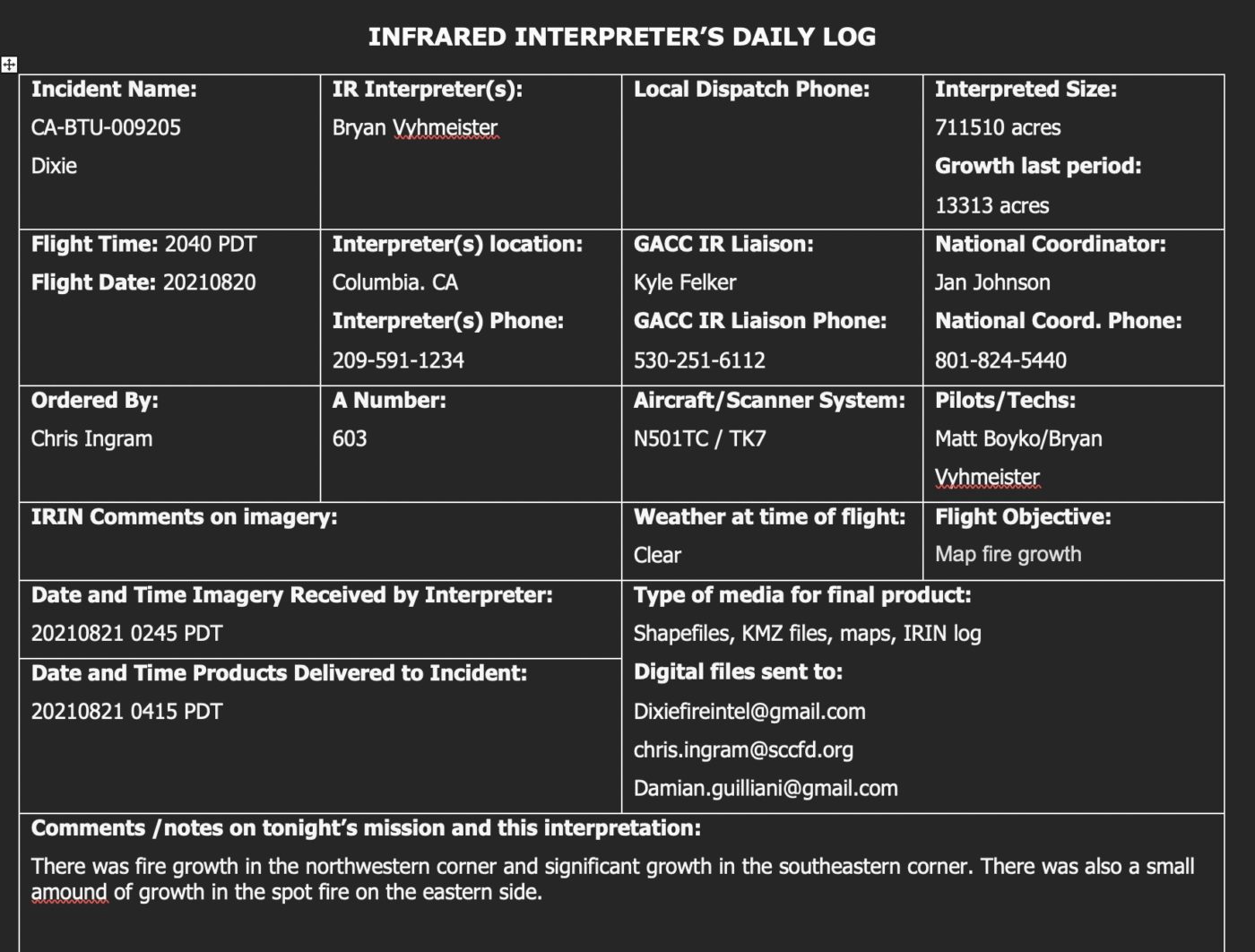 Big story yesterday was fire getting down to the Genesee Valley floor at the Heart K Ranch and then running across and burning upslope into the 2019 Walker Fire. All of the heat on the right side of the image on the forested hillside is in an area which burned two years ago with low severity. 2019 Walker Fire is in blue. I was very surprised to see the fire move so quickly in a two-year-old burn. My brother Nils Lunder manages the Heart K Ranch for the Feather River Land Trust. I went up there to help out during the Walker Fire and watched as it backed down this slope over the course of a couple days, leaving almost all of the big trees alive. We were all very pleased with this outcome, because it seemed we had gotten prescribed fire-type effects on a slope where I felt it was unlikely the U.S. Forest Service would ever get a major prescribed fire done. It will be interesting to survey this reburn area, see what effects it had on trees that survived in 2019 and to see how far into the Walker burn scar this fire pushes.

I got a text from Jane Braxton Little that Taylorsville volunteer community PIO/hero Daniel Kearns surveyed Genesee this morning and reports no structures lost. 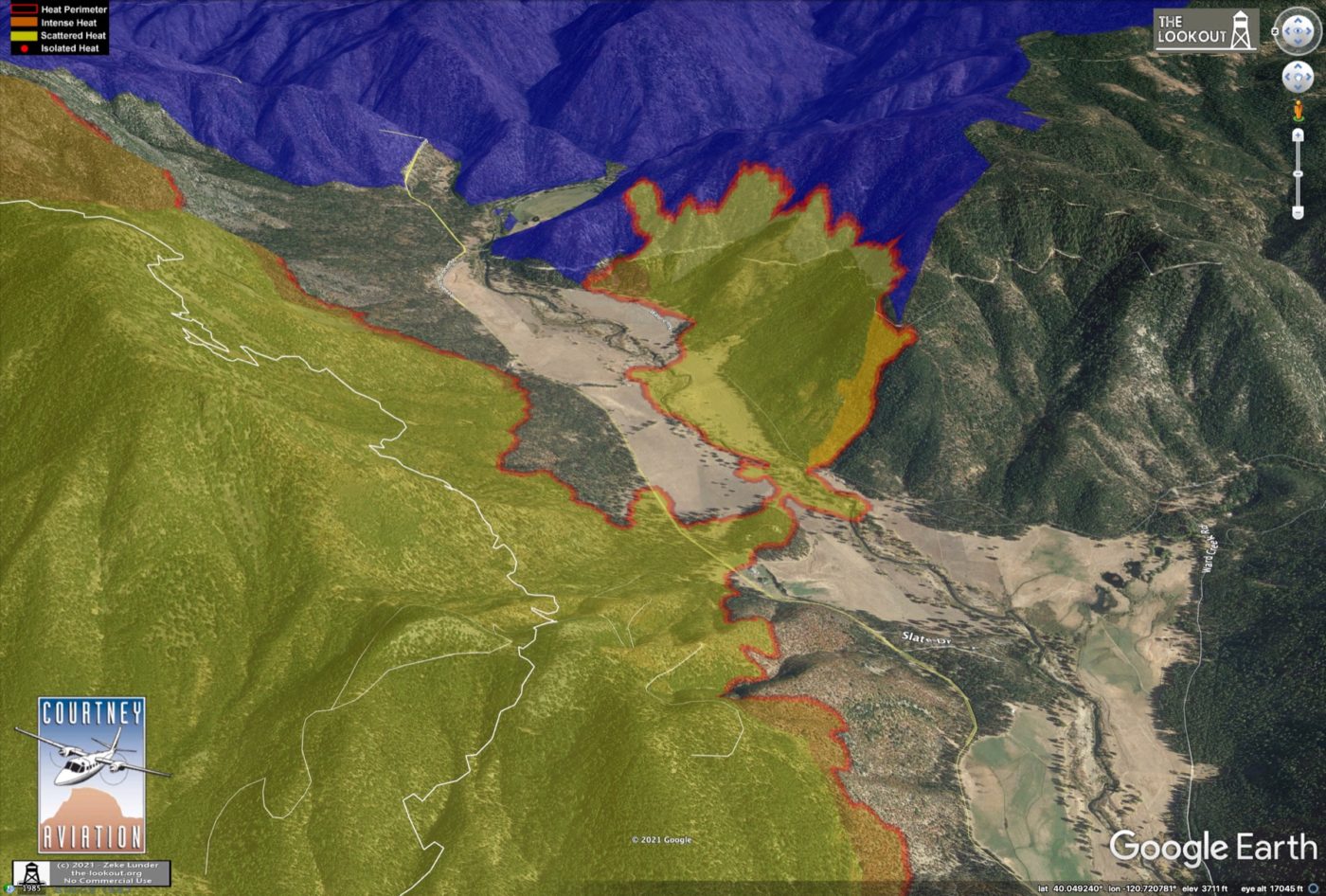 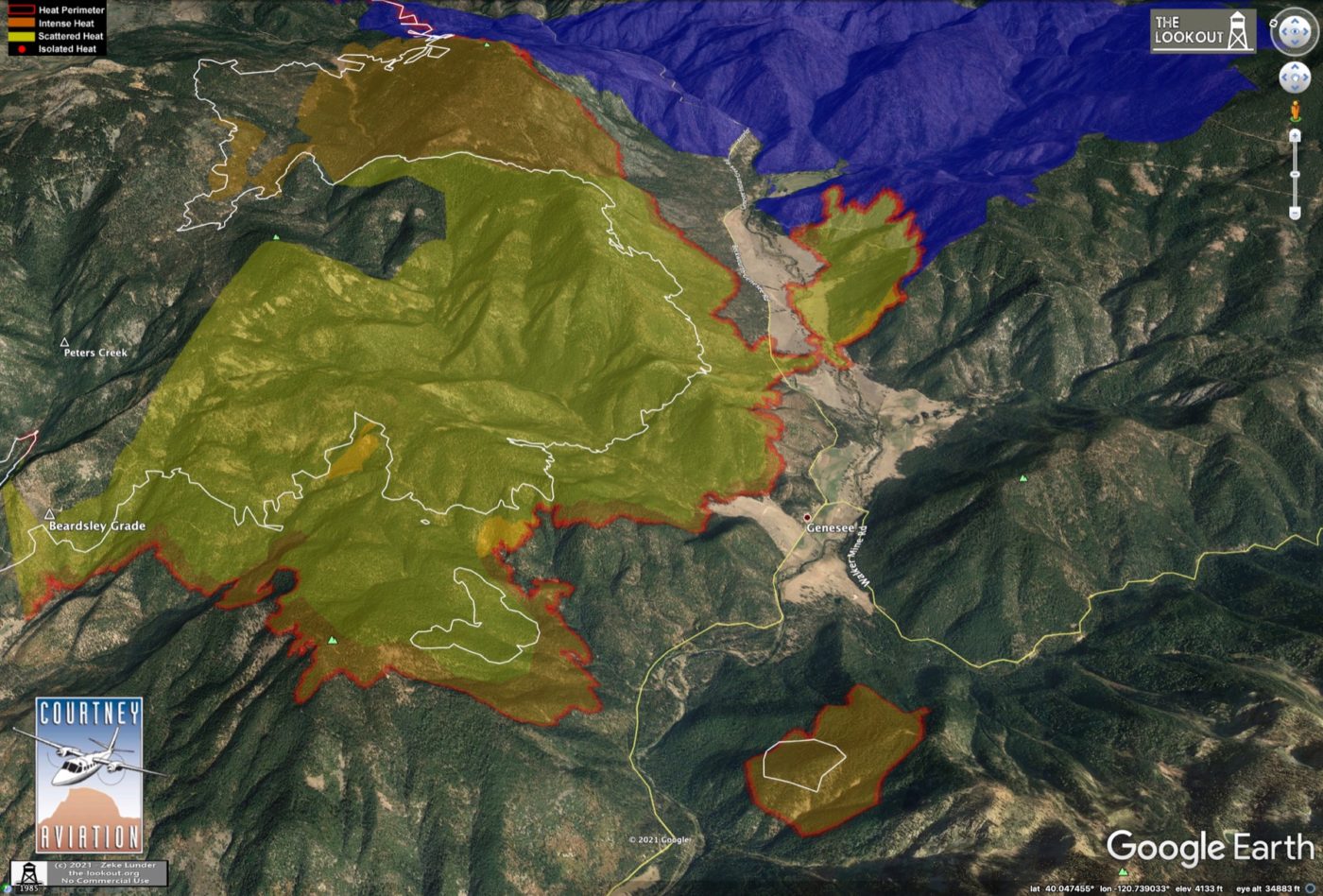 This photo shows the 2019 Walker Fire as it backed down the hill toward Heart K Ranch. Classic low intensity backing fire. Maybe it was too low severity and there was still enough density for crown fire runs here yesterday? Time will tell. 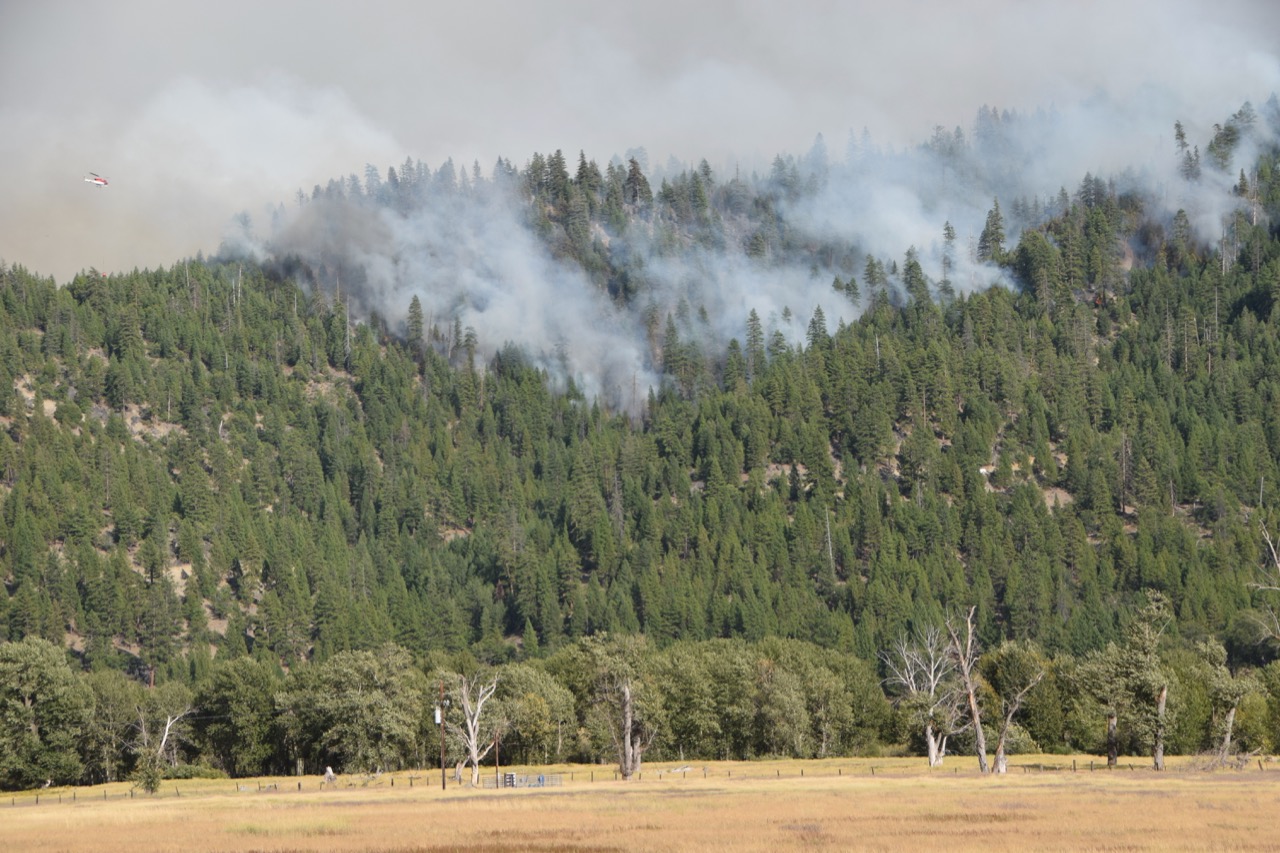 A little fingery spread on the heat near Mill Creek, but hardly enough to tell if the IR interpreter was just jittery or what. 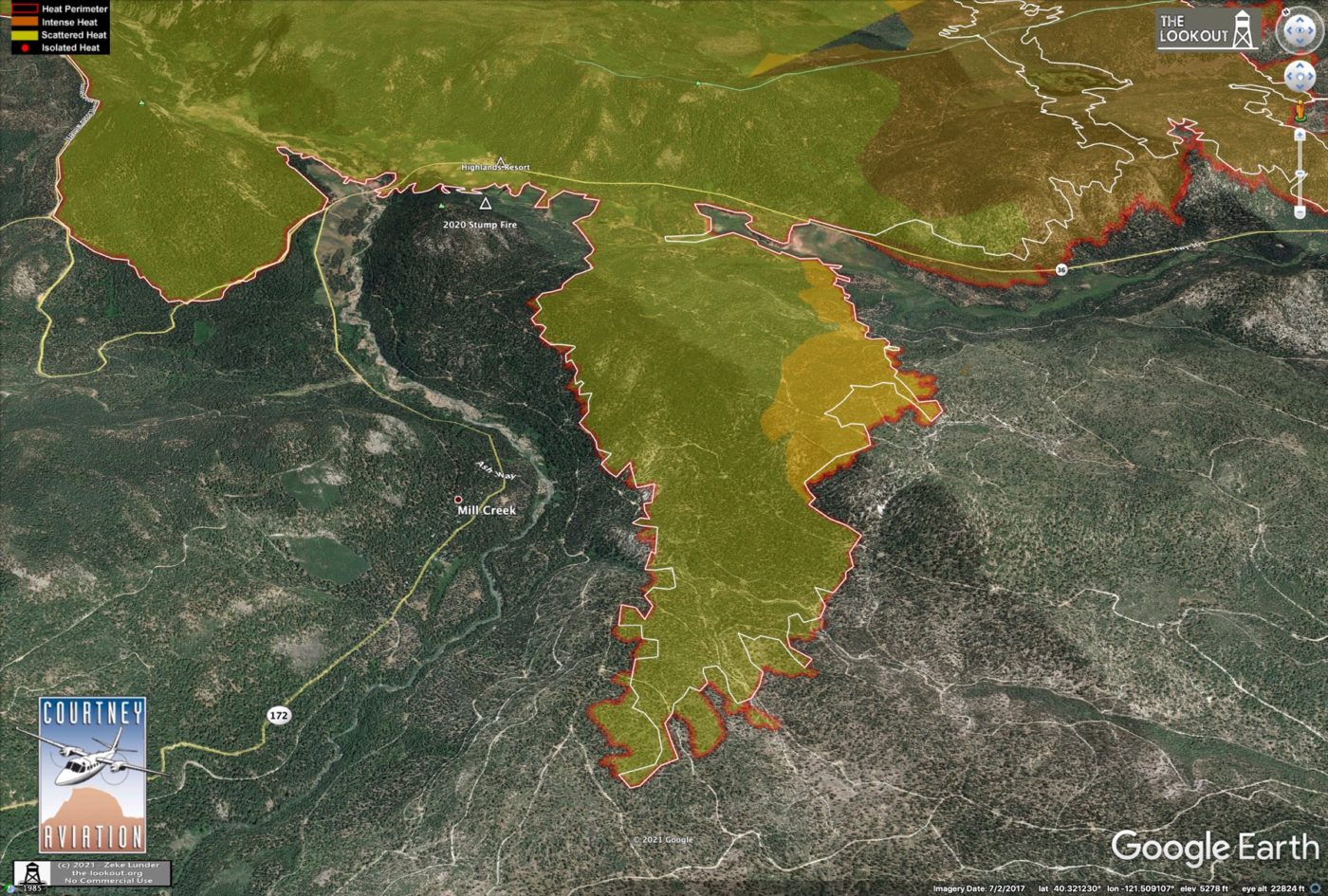 It’s unclear whether fire crossed Highway 36 here or not. 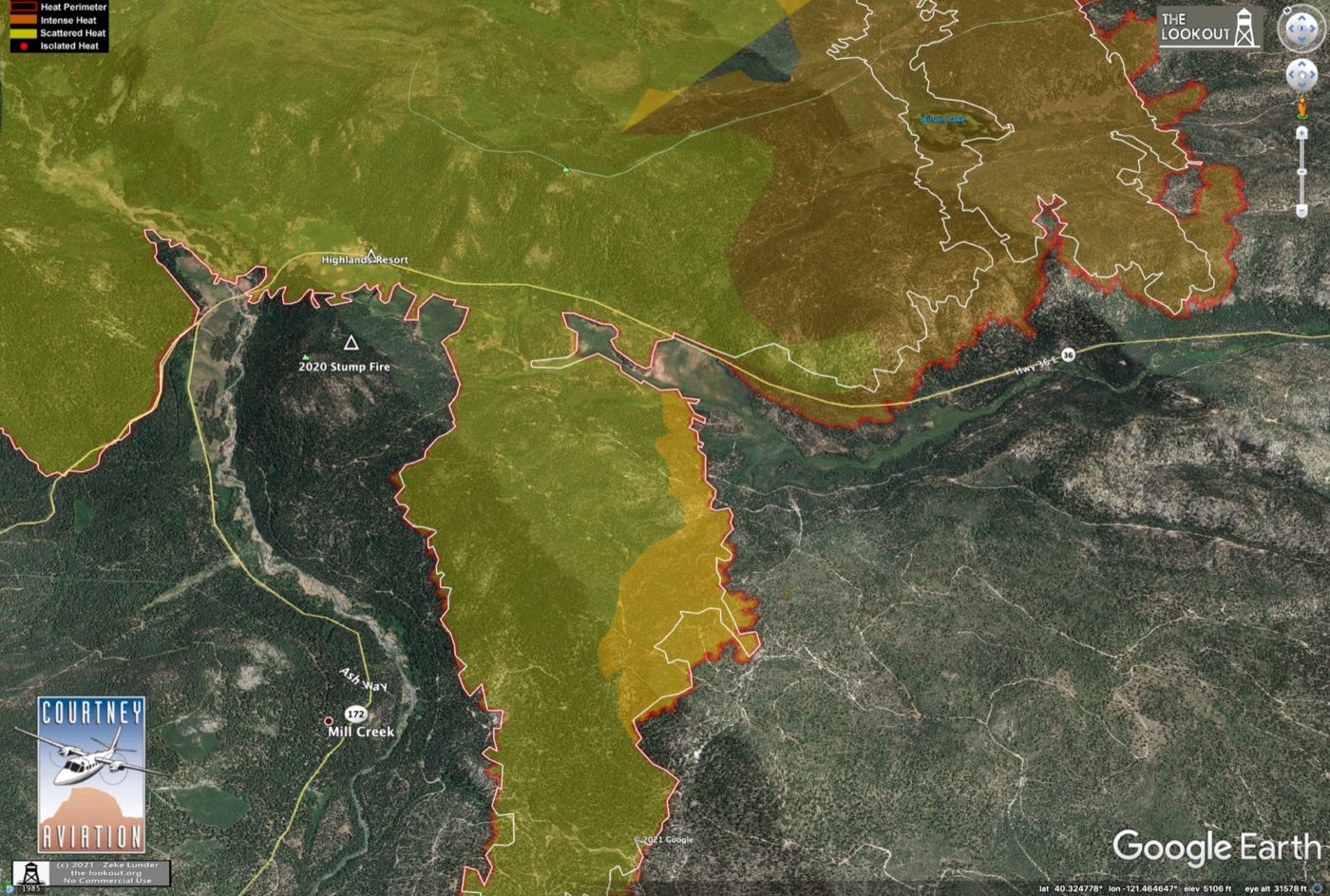 The Fredonyer Summit burn operation has a big slopover on the Hamilton Mountain Road. 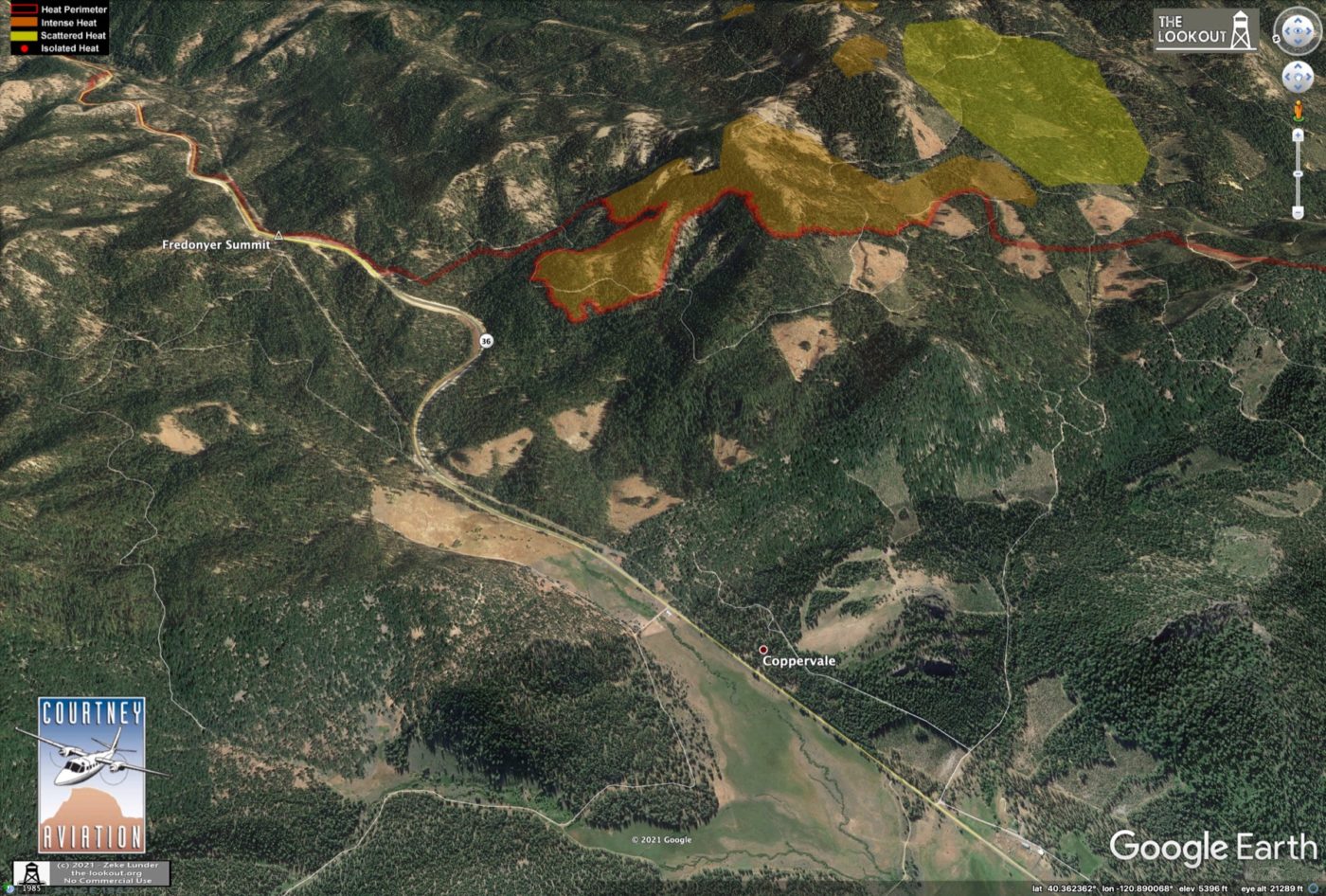 It’s still unclear if they’ll be able to hold this corner of the fire or if more of it will burn toward Highway 36. 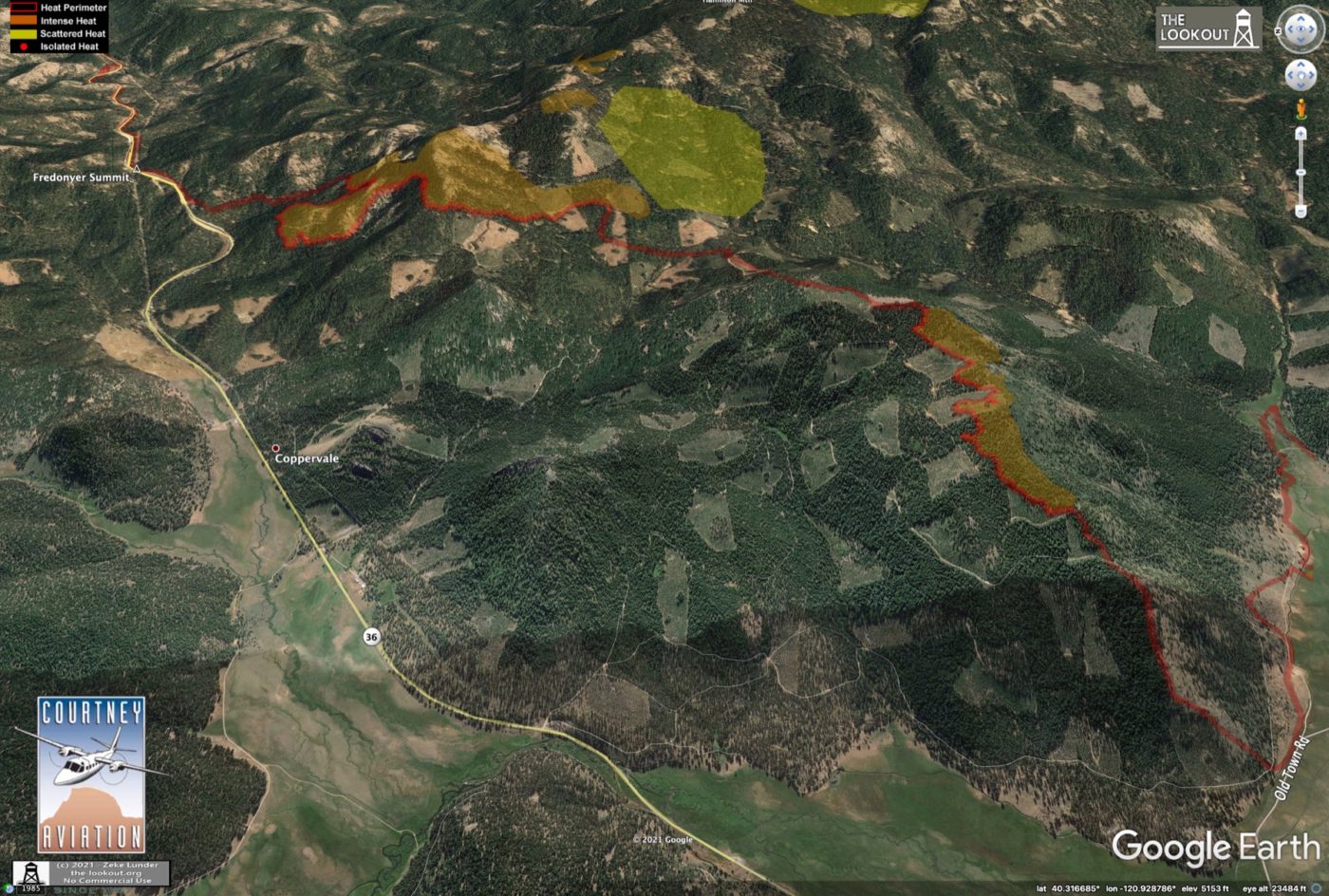 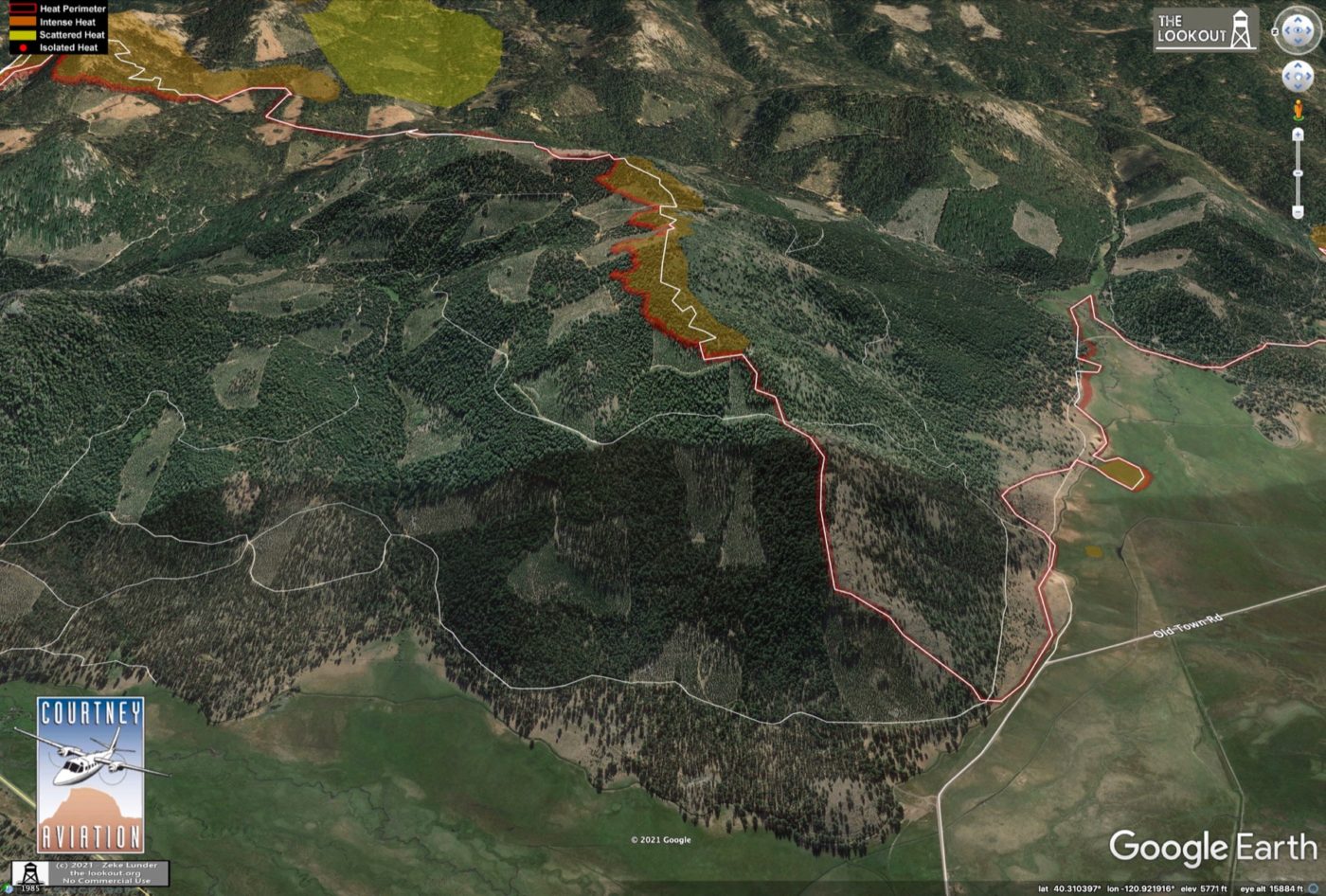 A little bit of spread back toward Antelope Lake from the fire that dropped off the escarpment earlier this week. 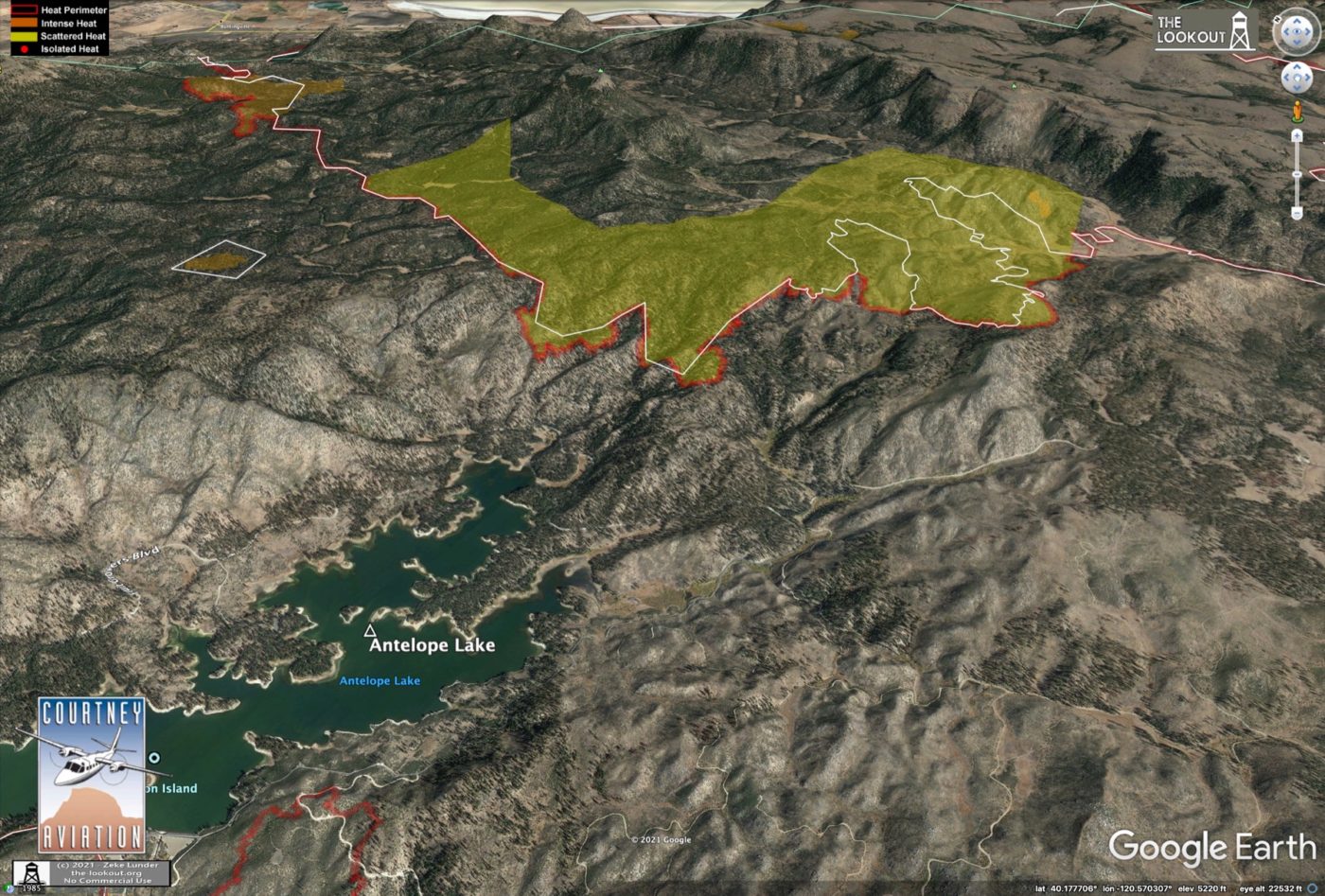 Only minor spread on the upper slopes of the escarpment above Janesville. 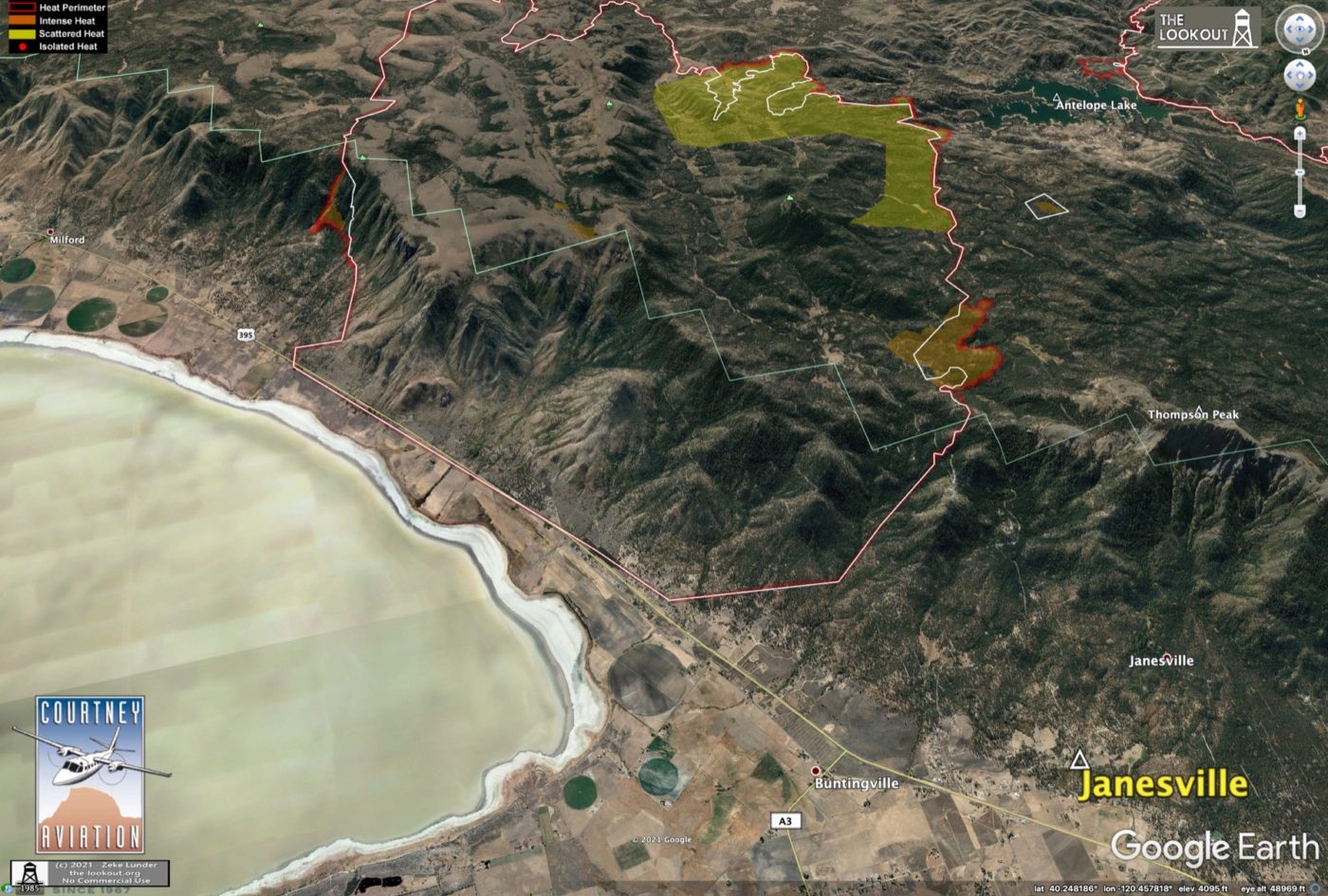 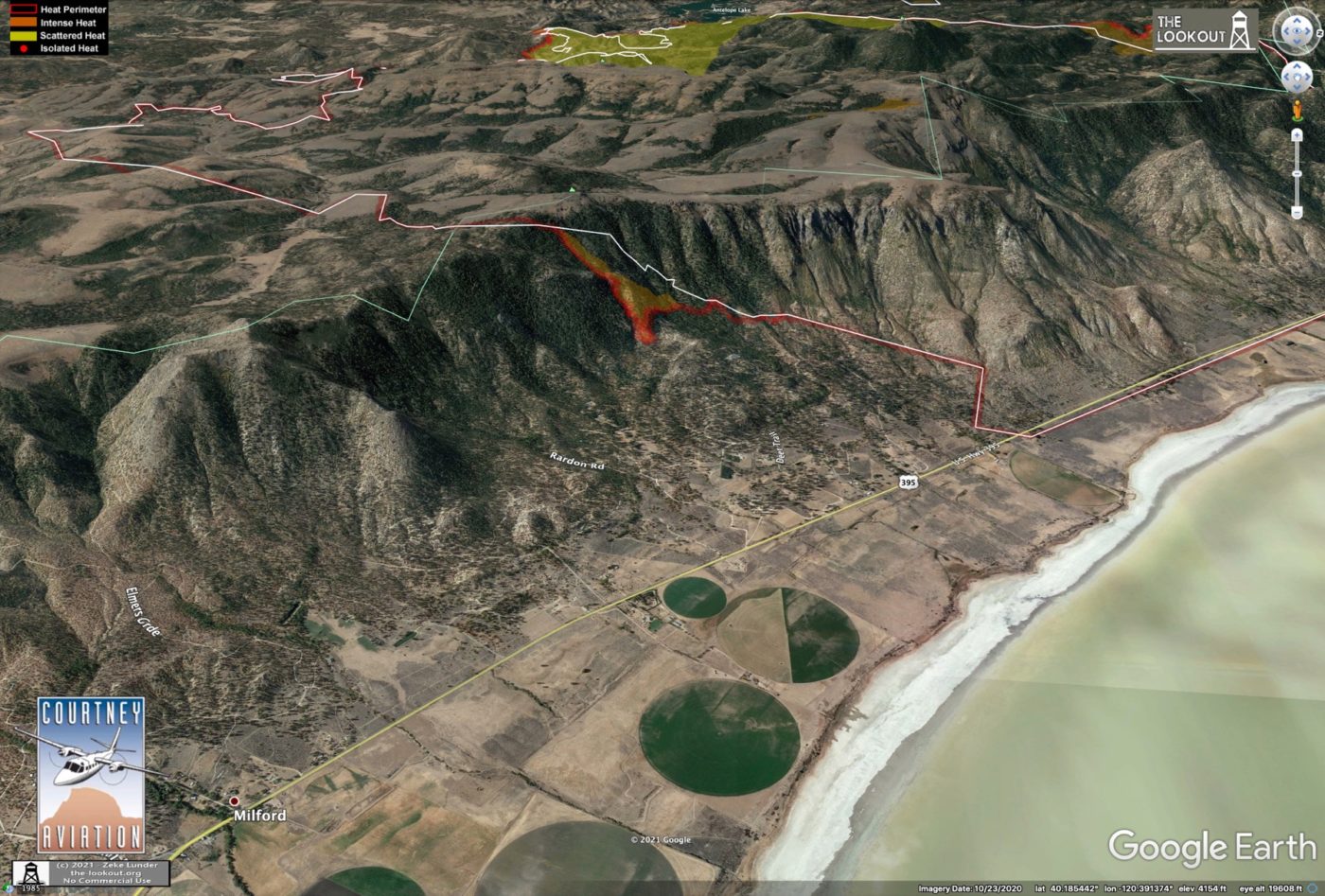