9/1/2021, 6pm Update:
Here is some afternoon infrared from Dixie. The southeast side of the fire, west of Milford, has been very active for several days. Strong SW winds have blown the fire about 20 miles northeast, growing the Dixie by about 65,000 acres in three days. The fire was about six miles from Highway 395 and seven miles southwest of Milford at 2:30pm on September 1. This view looks west. 2021 Beckworth Fire is light blue. 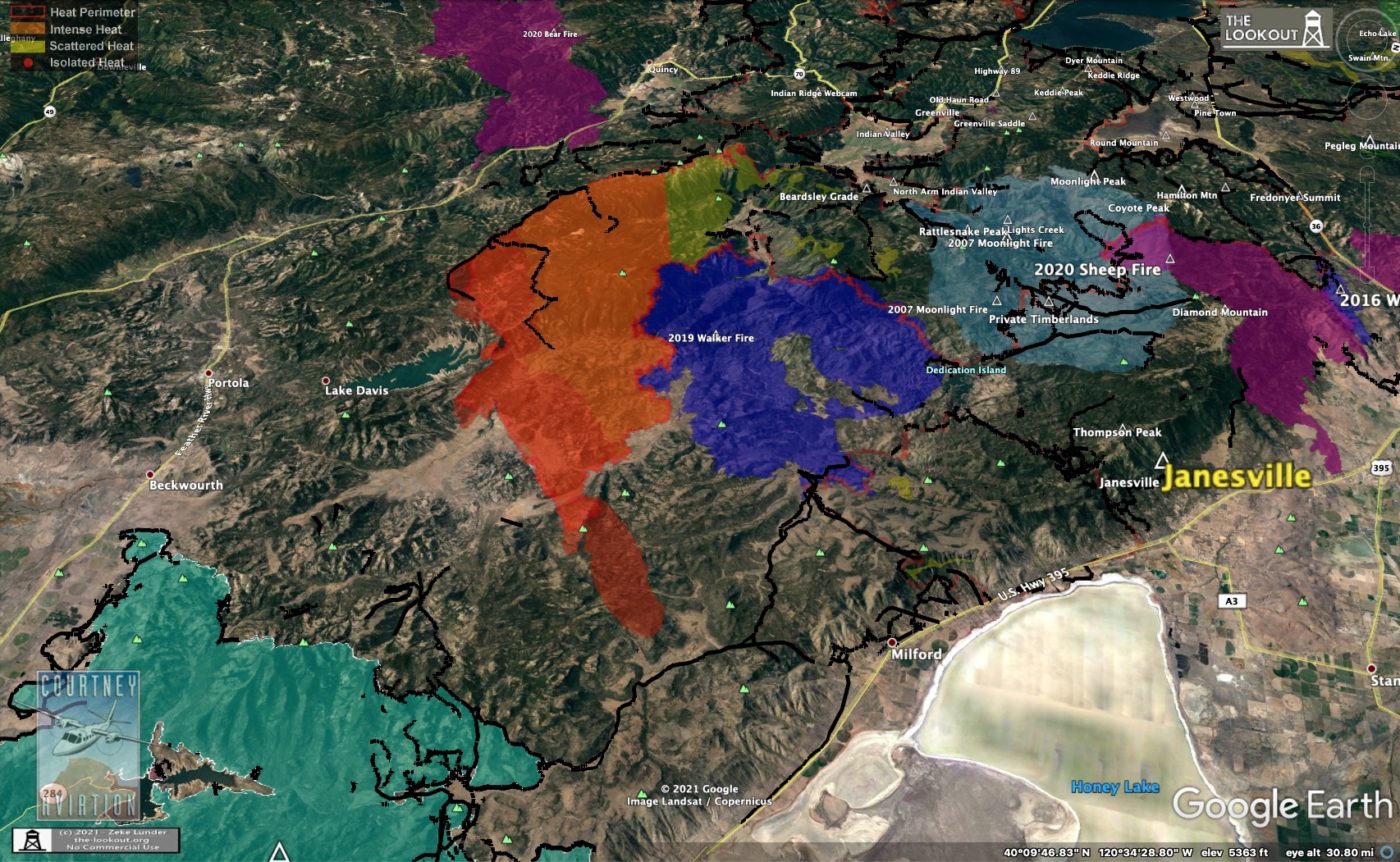 I talked with an old friend who has been involved with the firing operations on Grizzly Ridge. He says the timing of the burining has been pushed on them by forecasts that show the arrival of our north winds soon. They feel immense pressure to keep the fire from coming over the hill into the Highway 70 corridor. He said that local USFS firefighters from the Beckwourth District have been right in the middle of all the tactical decision-making, and the overhead team has been very willing to listen to the local input. As far as why the spread on this part of the fire has been so extreme, he says the winds have not been letting up much at night, and the fire has wanted to pull itself toward the south as it makes its runs east. As we all know, fuels are critically-dry. He says direct attack with bulldozers has not been working, and spotting is relentless. 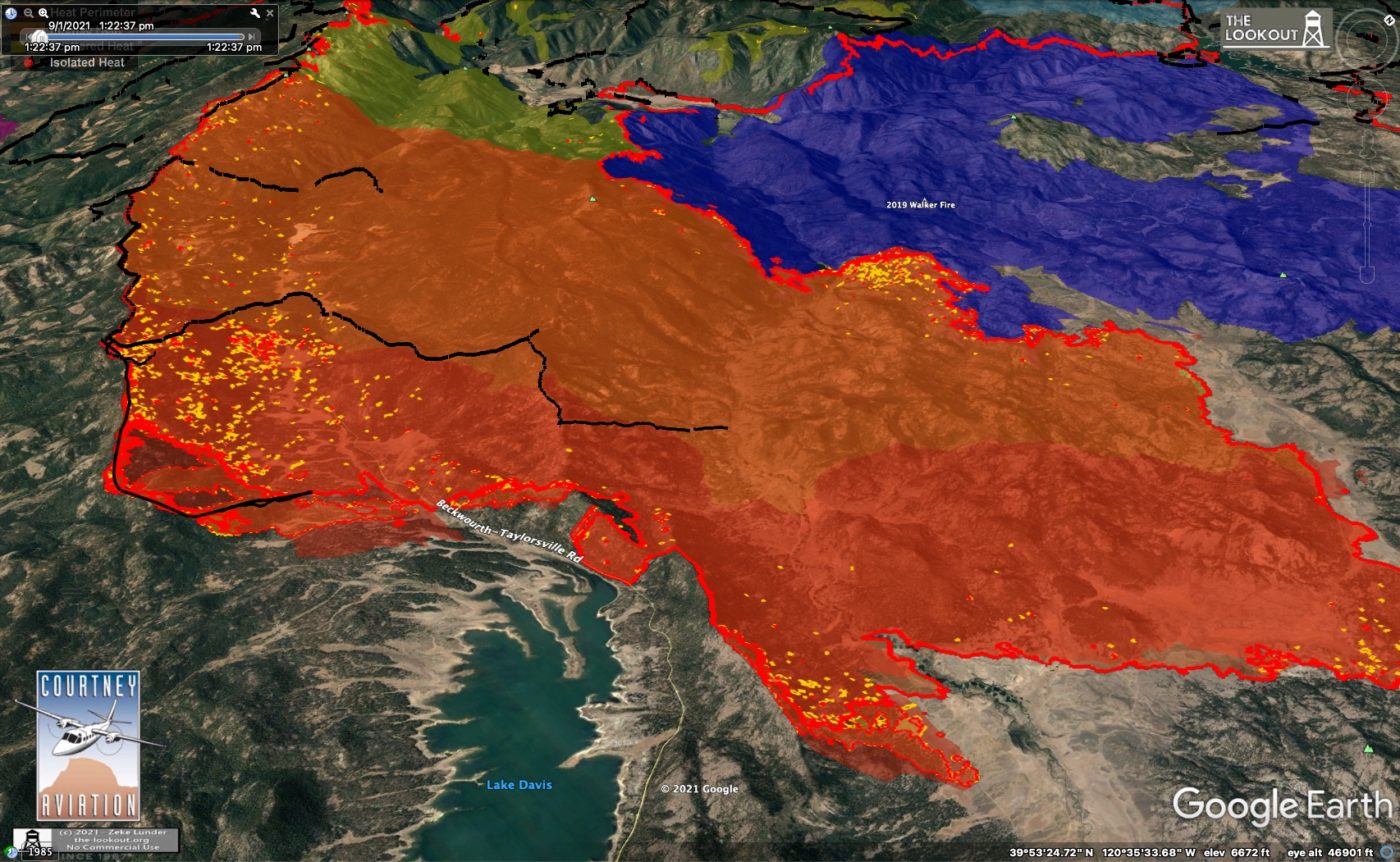 A co-operator on the fire told me today that the plan to contain the part of fire burning between Taylorsville and Genesee is to coax the fire back to the west and tie it into the existing burn on Mt. Hough (red line to right of the yellow/active area). I’m not sure if the heat showing up on today’s IR (yesterday’s perimeter in white) is from firing or the fire’s natural spread. 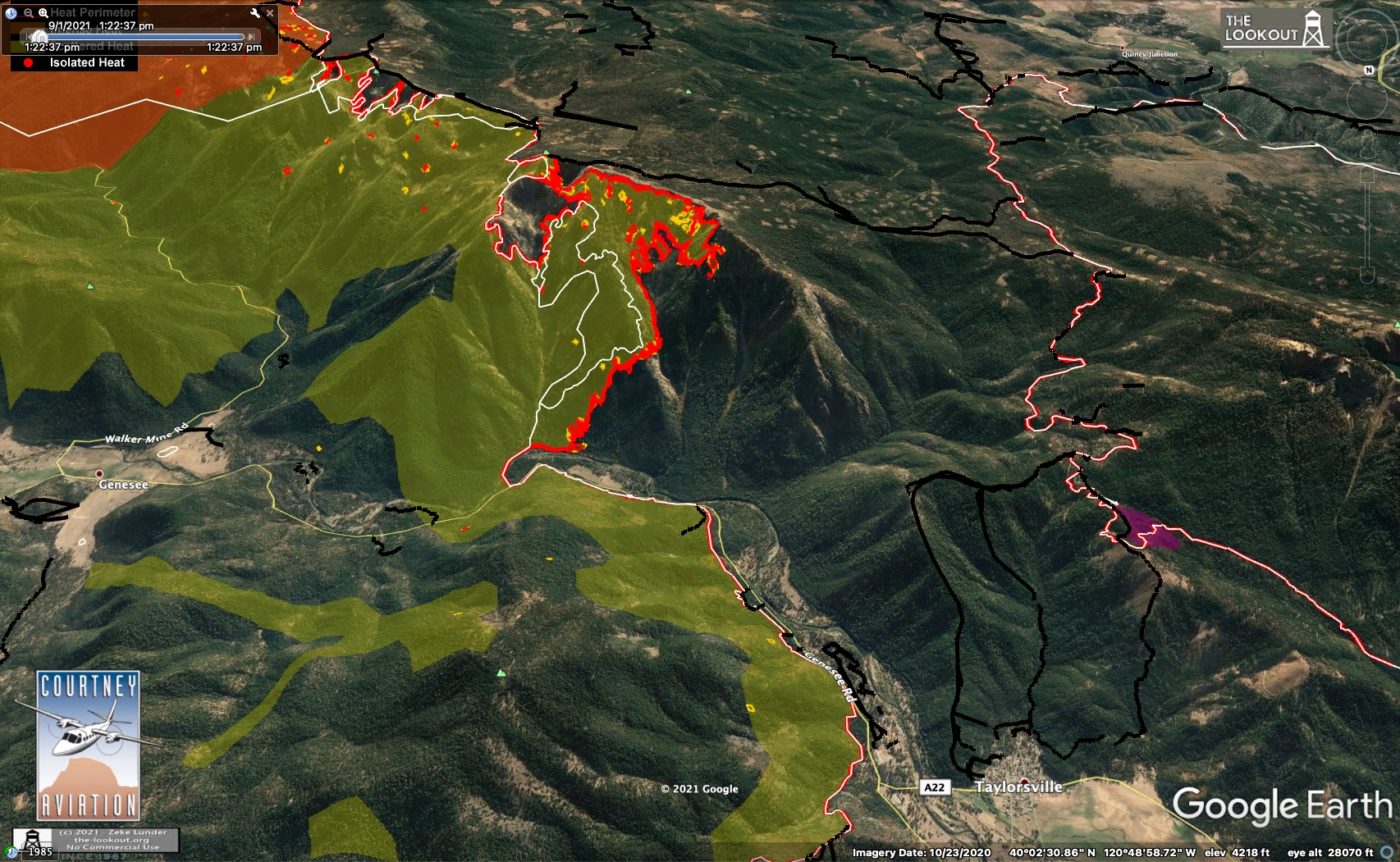 About 15 miles north of Westwood, the slopover from firing on the 10 Road was burning actively today, visible on FLIR cameras on Dyer Mountain. I didn’t get any detailed IR for this part of the fire today, but I’ll update if I do.