9/3/2021, 6:30am
Here is what the fire was doing at 9:15pm on September 2. I did some interpretation of other more detailed imagery flown in the early morning hours and fire hadn’t spread significantly overnight. This 9:15pm imagery makes for a nicer presentation, so I’m using it for these maps. 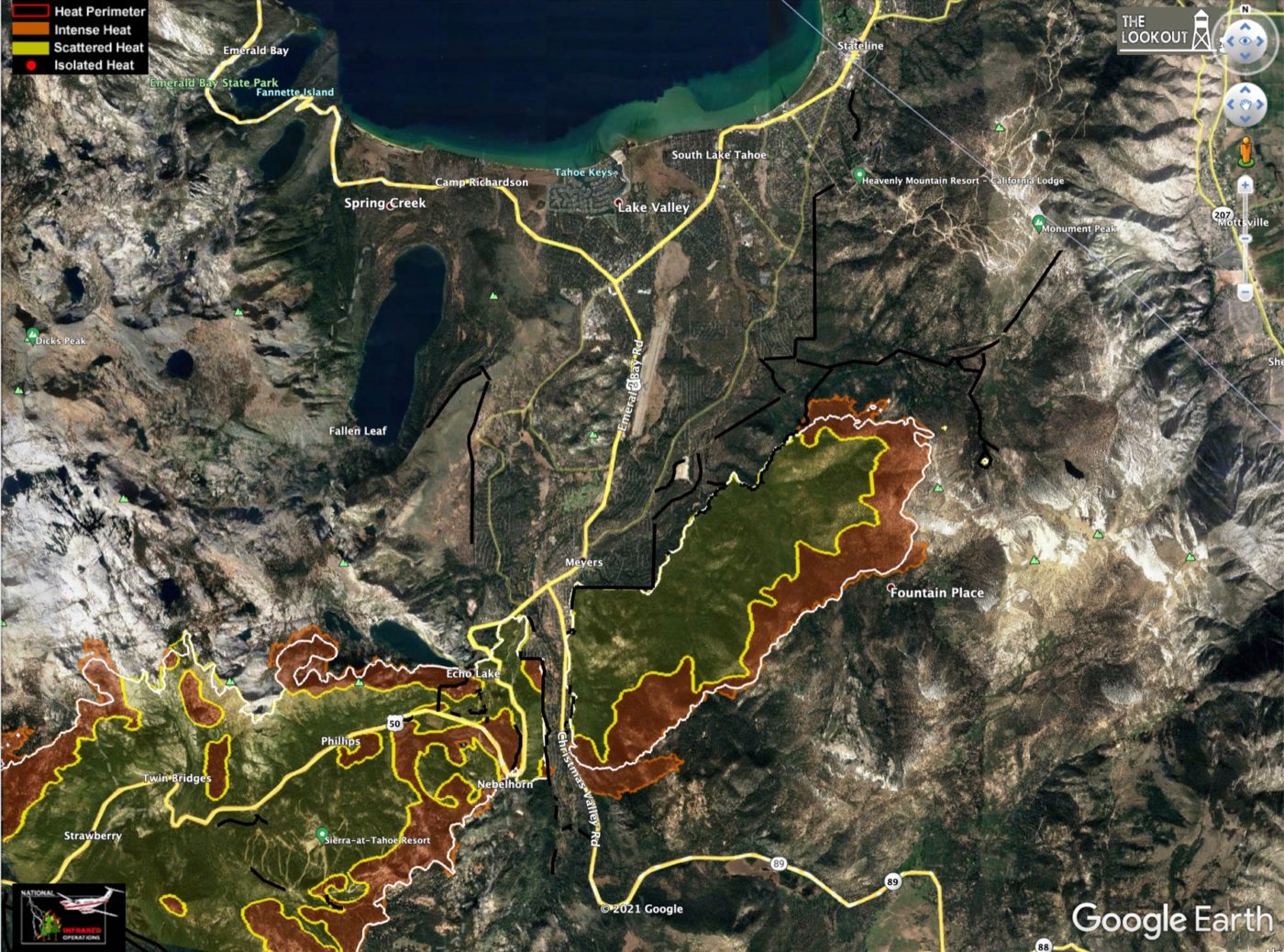 Looking southeast. Some flanking (fire not running uphill or downwind) on the head of the fire, and a new, smallish, headfire run on the south side of the head out of Highway 89 and Christmas Valley. 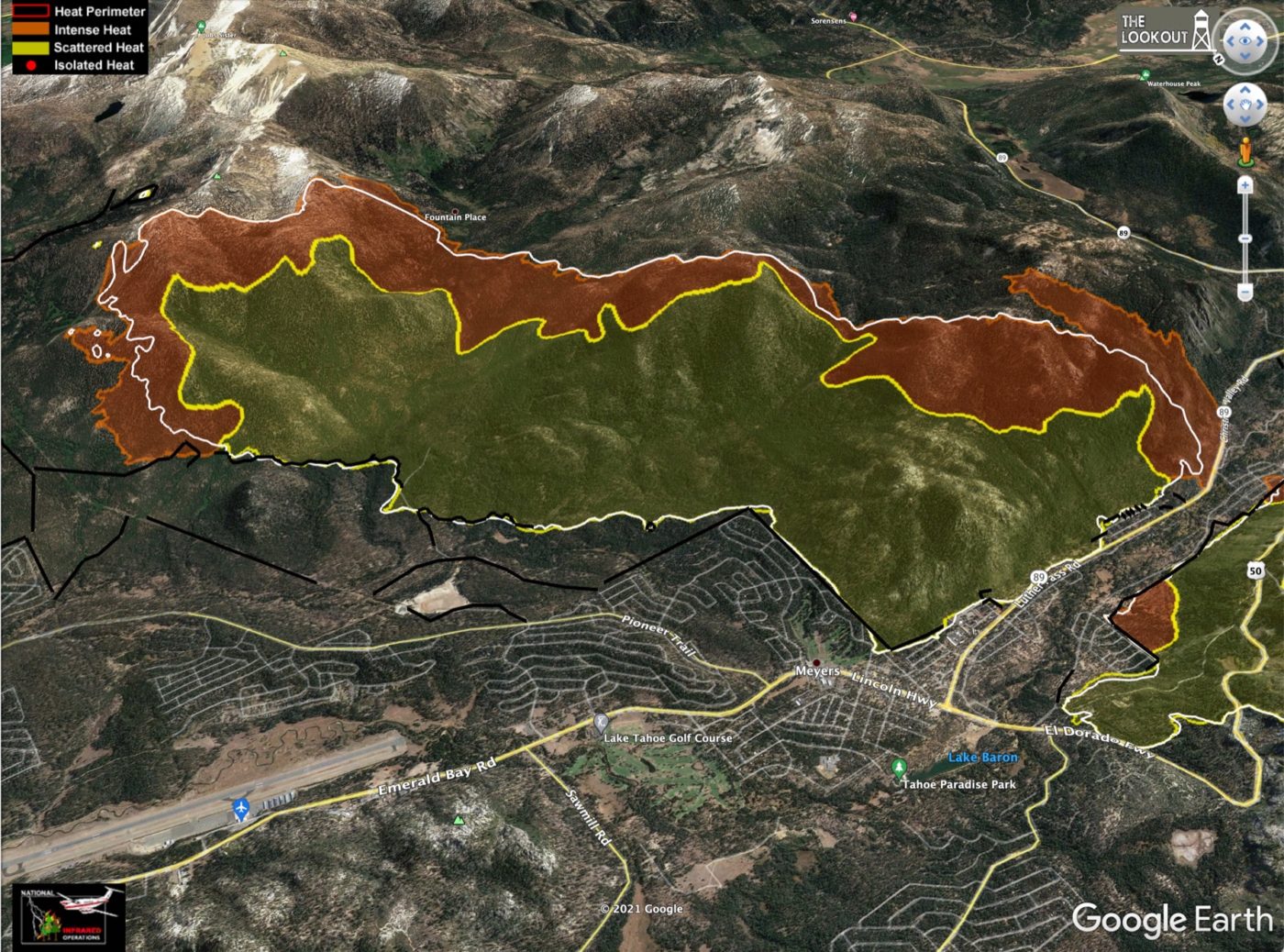 Looking south at the head of the fire. No movement on most of the north flank here in past 24 hours. 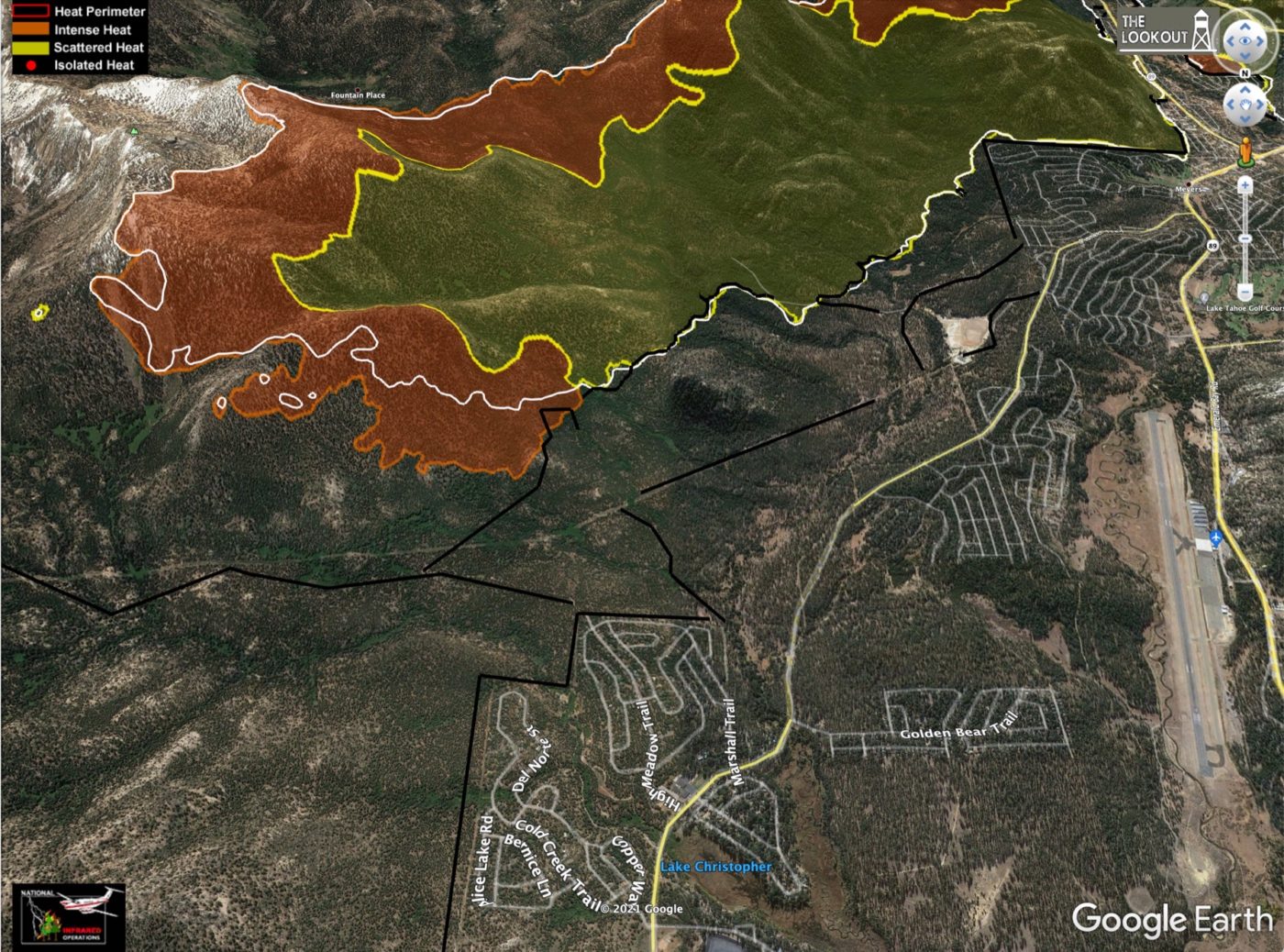 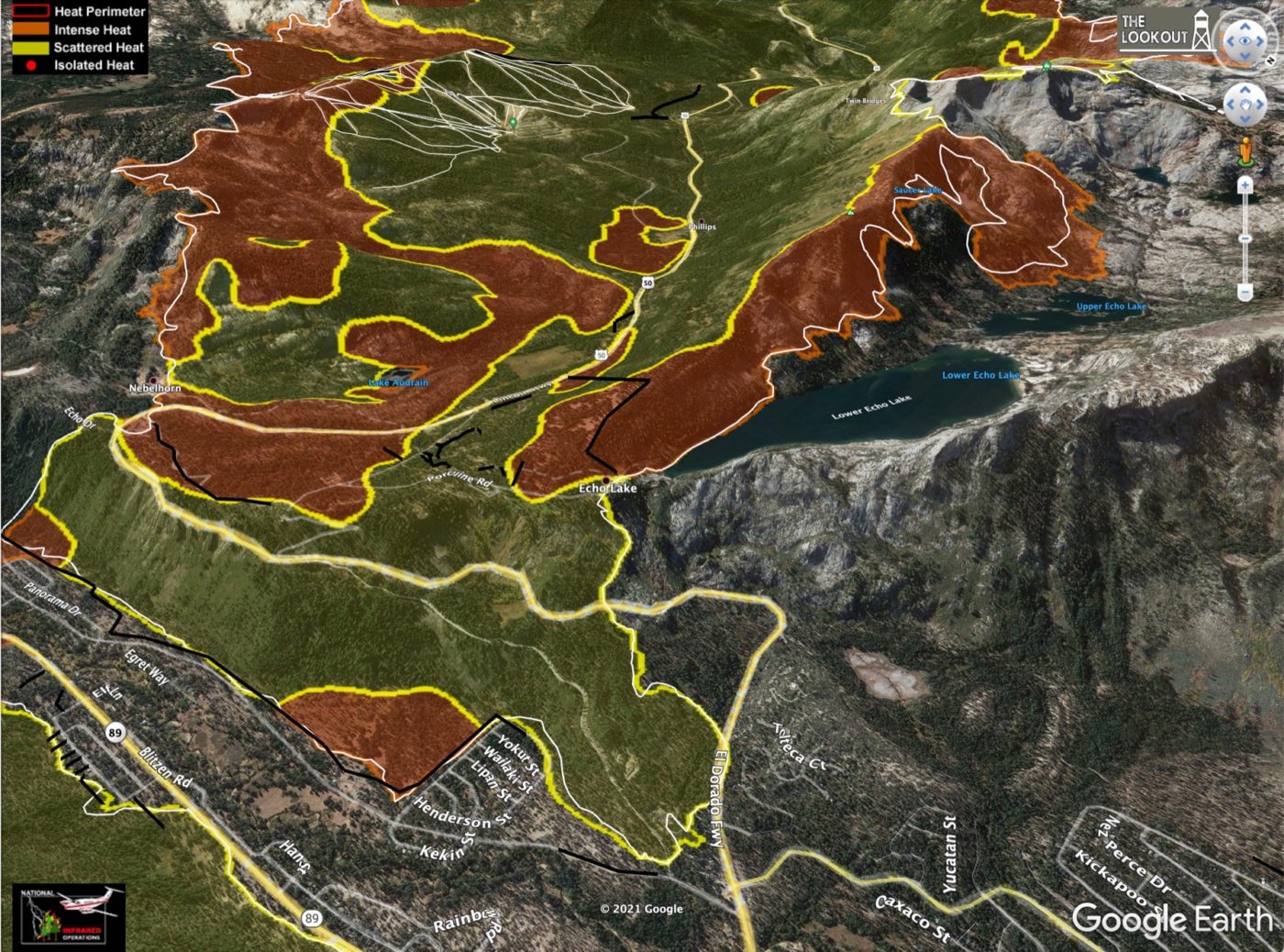 Looking northeast toward head of fire. 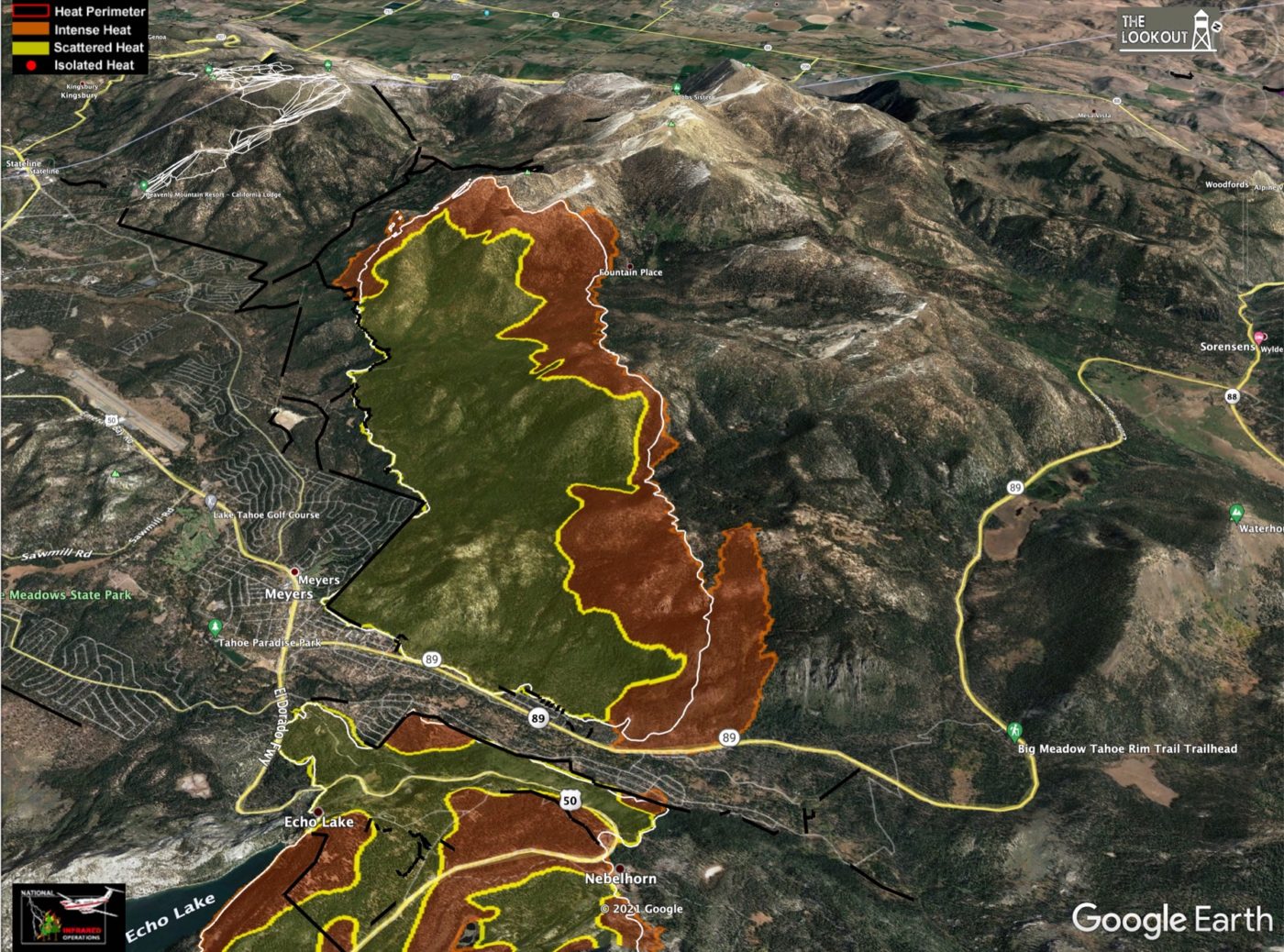 Looking west over Cody Lake. Fire has spread a little uphill to the south here. 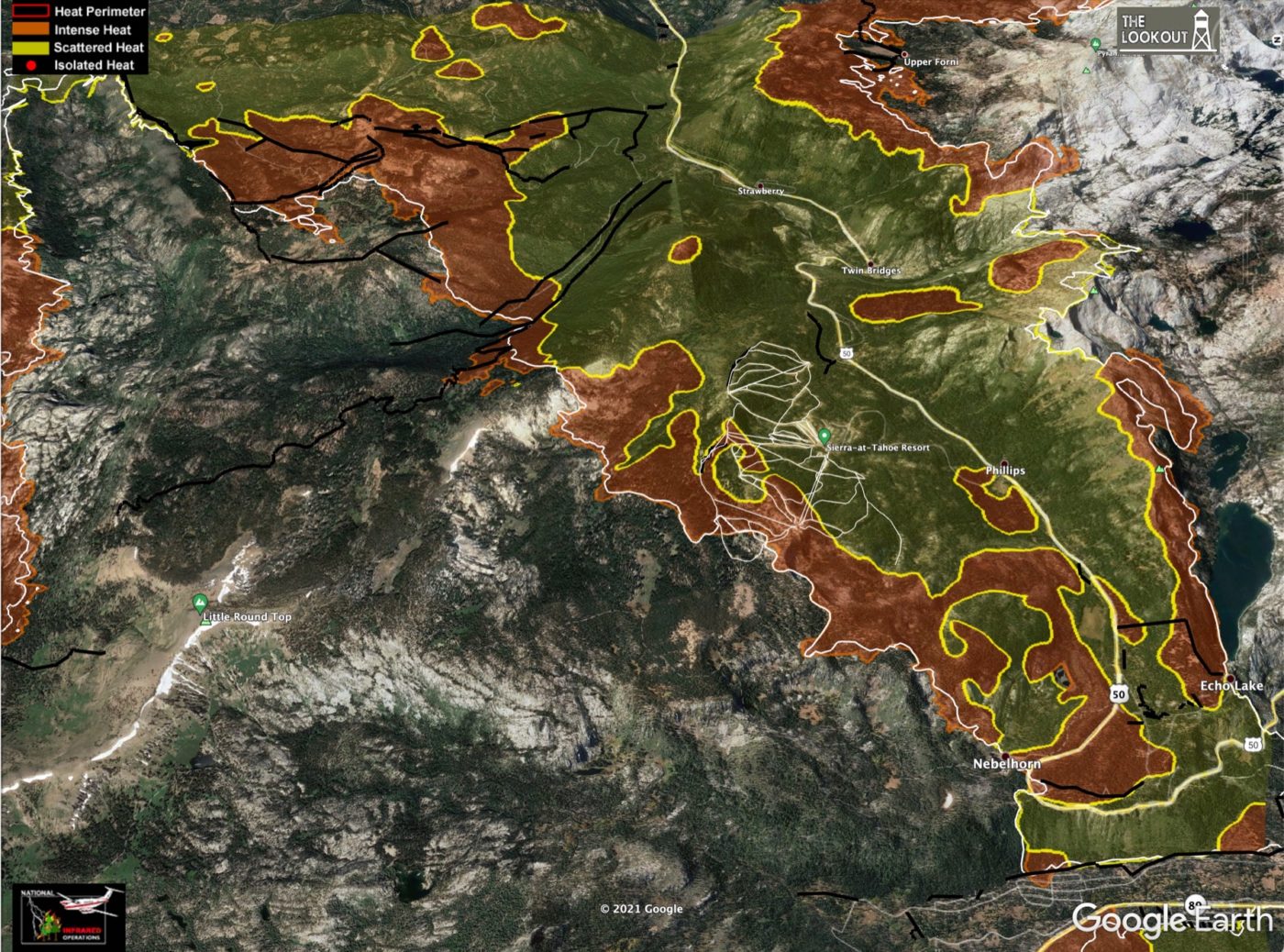 Fire has continued to spread east, south of Cody Lake, after jumping dozer lines which held for about a week. Often there isn’t time to cut down all the dead trees adjacent to dozer lines, and eventually, a burning dead tree falls over the line, carrying fire across with it. 2019 Caples Prescribed Burn is unburned area on the left. 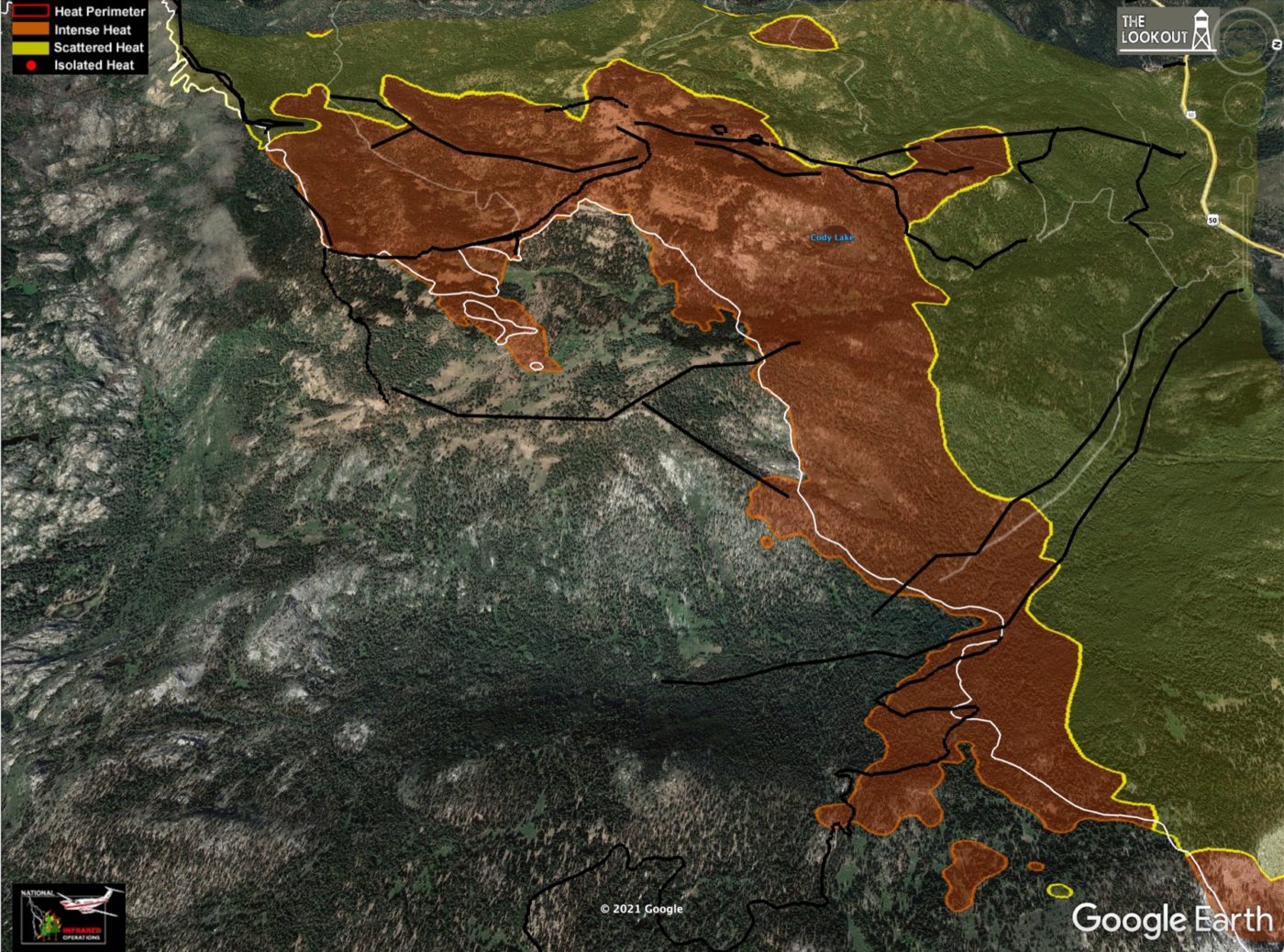 Looking west over Kirkwood. Fire was slowed down by a lot of granite, but has come out the other side and continues to run east. White line shows 24 hours of fire spread. 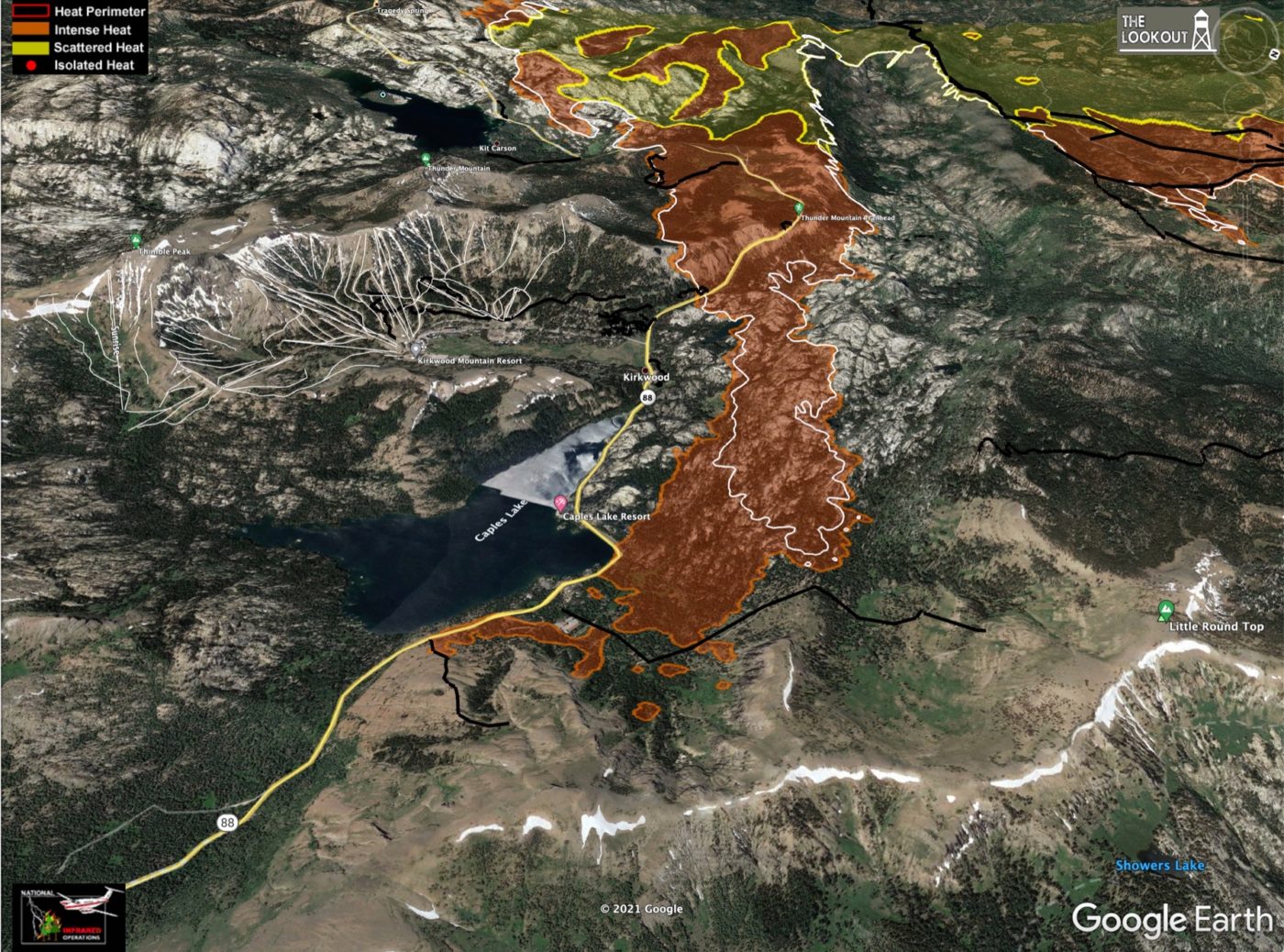 Things look pretty quiet on the south side of the fire according to heat maps, so skipping to the northwest side, we see yellow areas of scattered heat in Camp Creek and Butte Creek drainages. No intense heat showing in the mapping here except up by White Hall in the upper left. View is to the east. 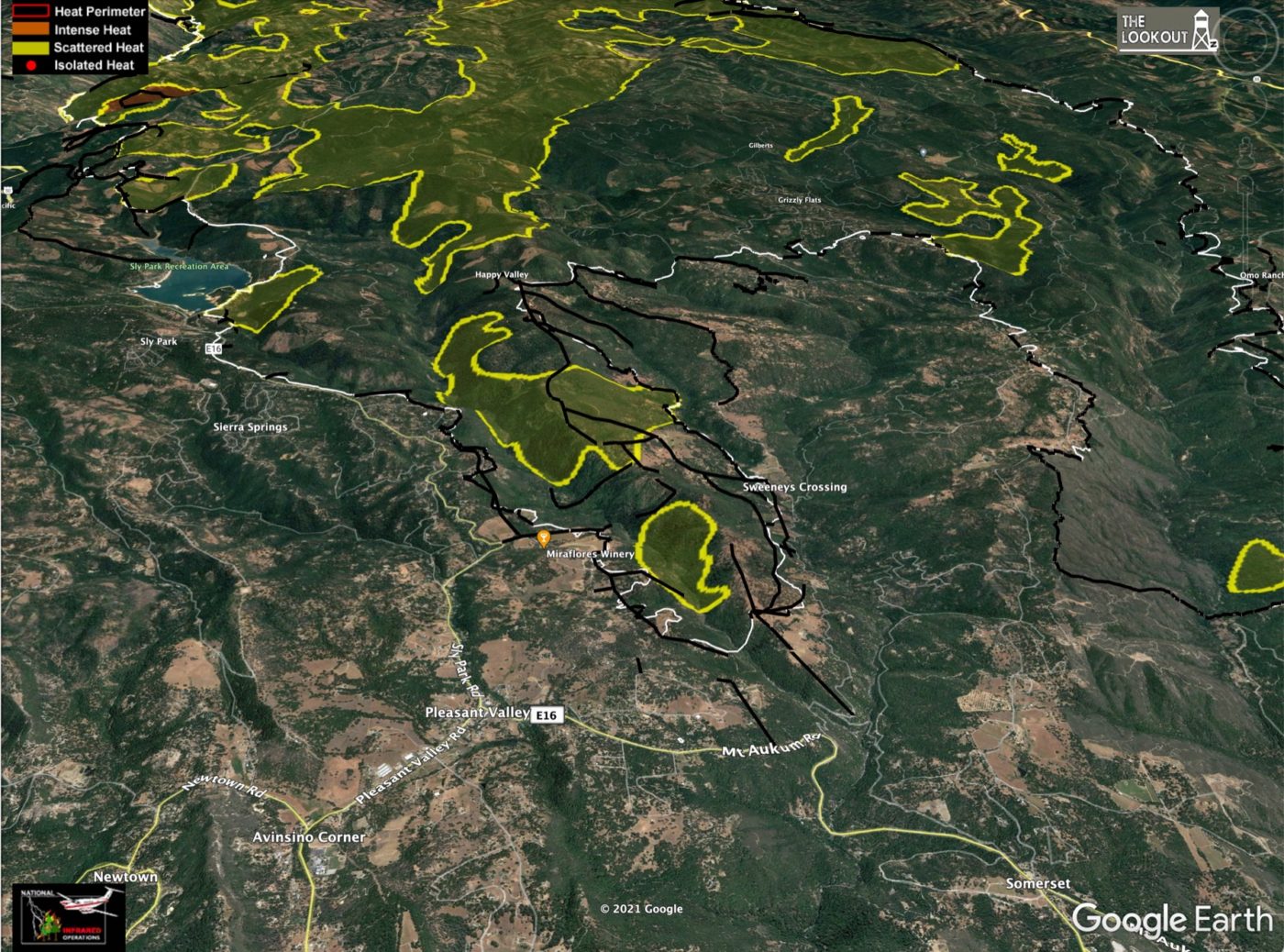 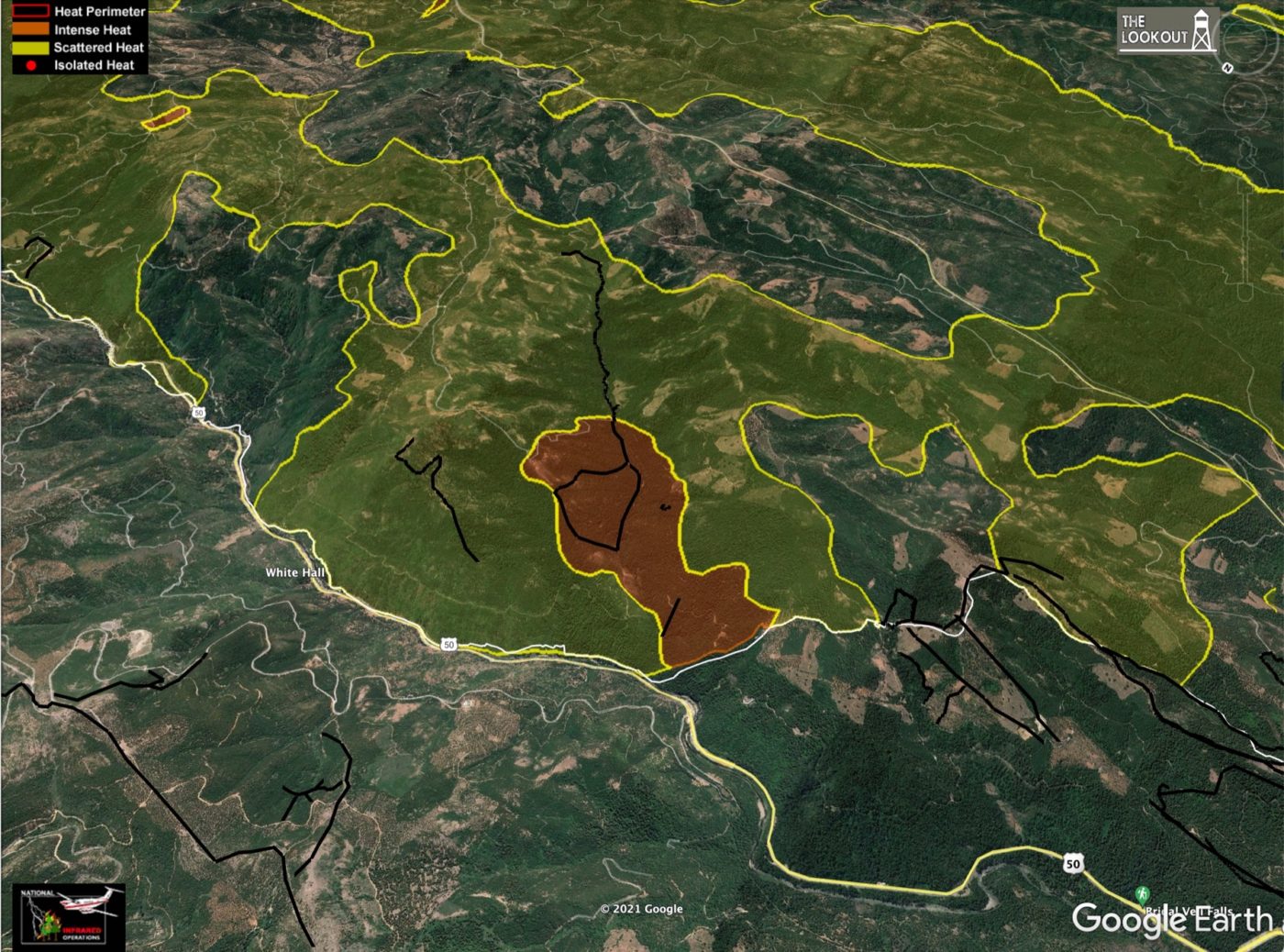 Things look to be cooling off in Kyburz area. View to east. 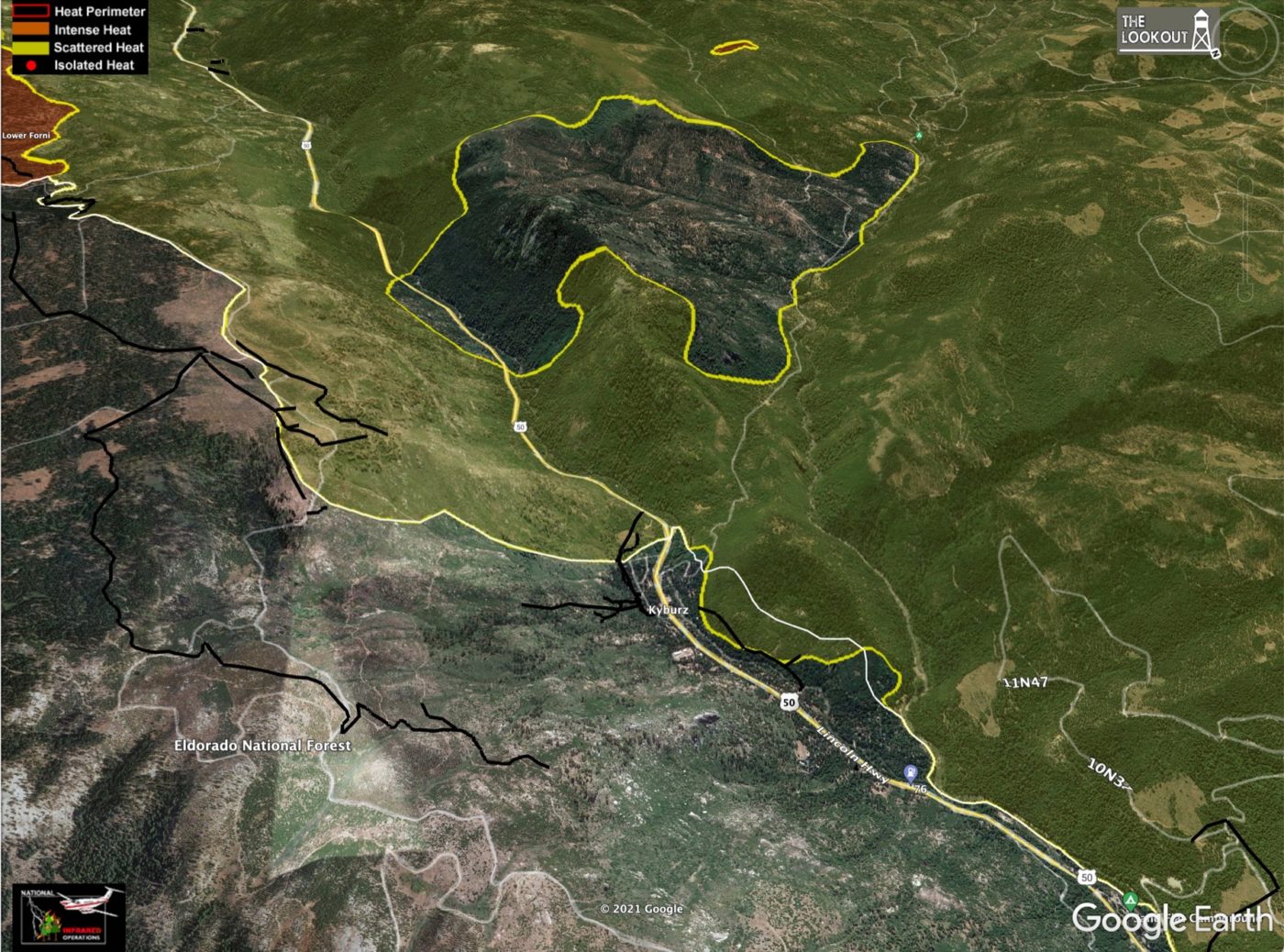 Looking north toward Wrights Lake. There is plenty of heat here, but there hasn’t been much spread north in past 24 hours. 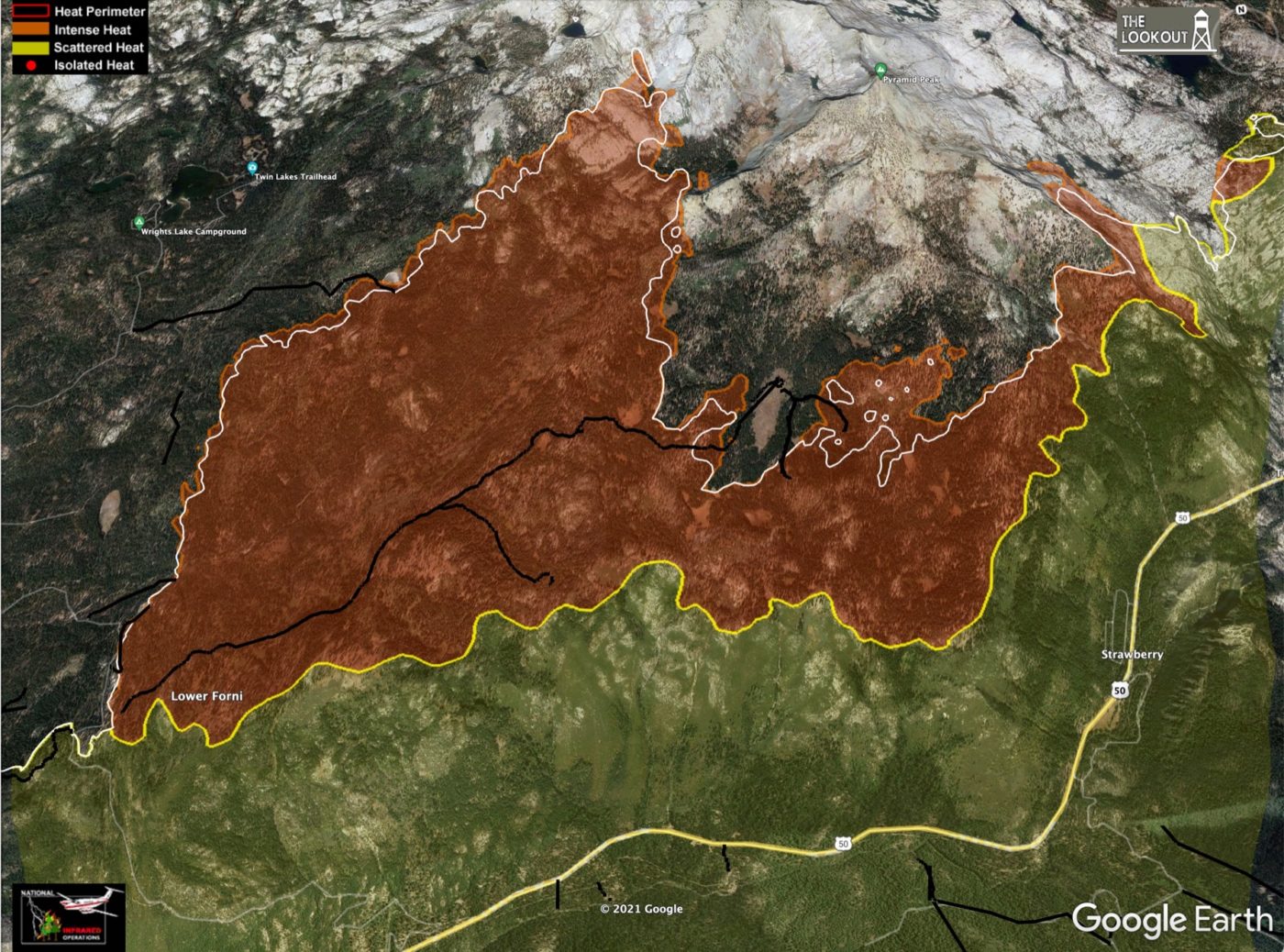 View west over Echo Lake and Ralston Peak. No major spots observed out in the granite to the northwest. 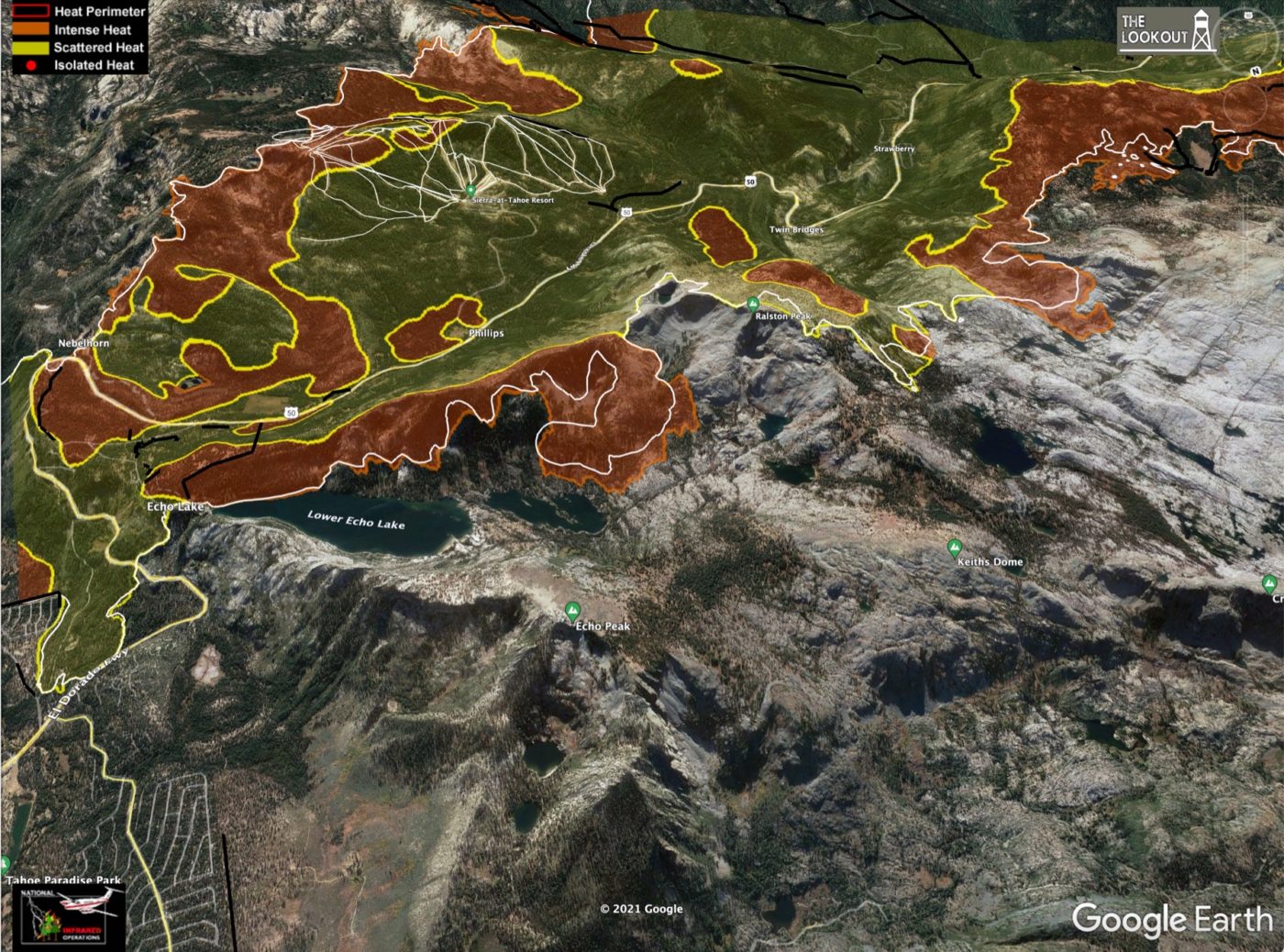 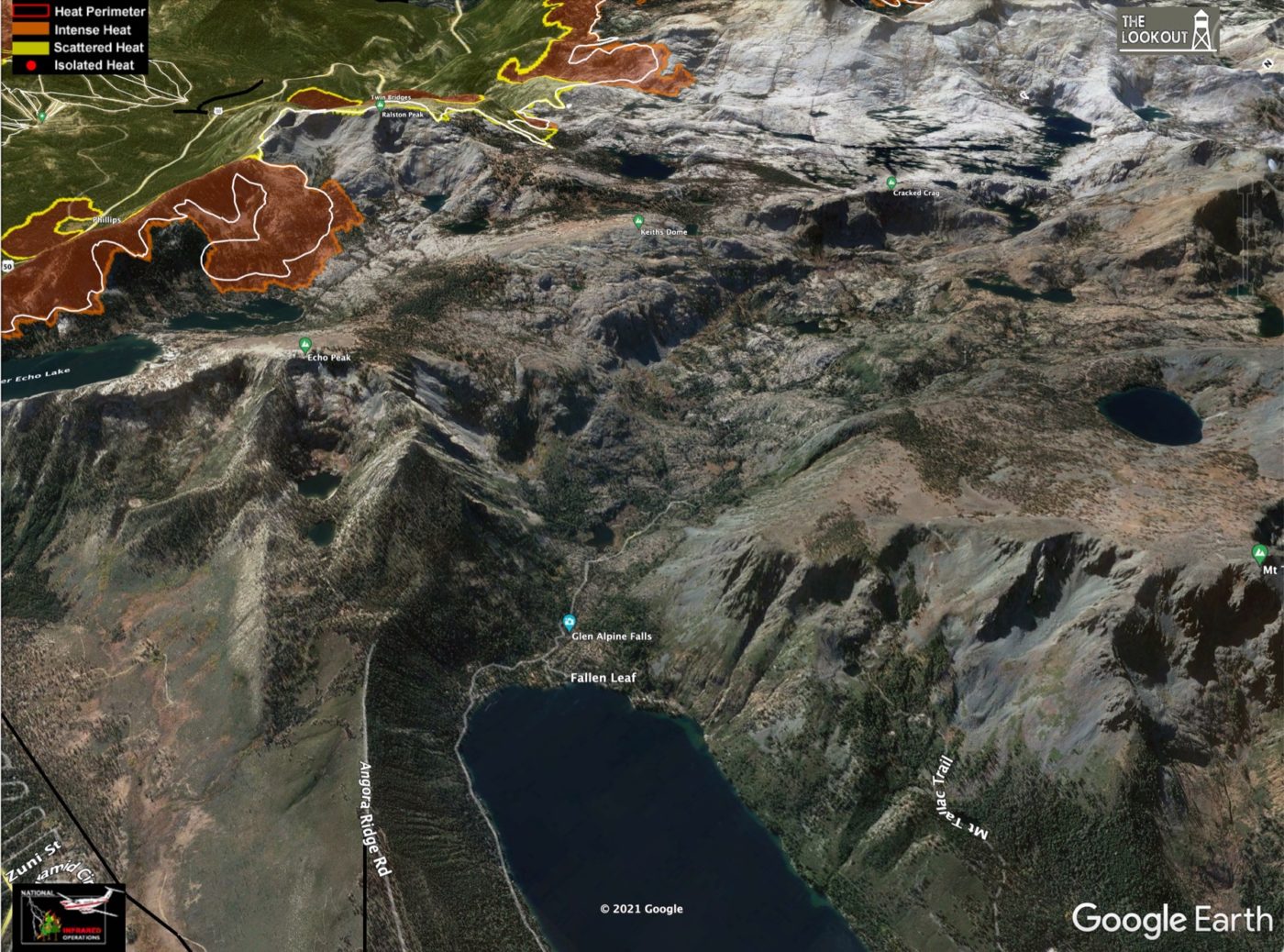