Below is a morning report from our contributor ‘Tumbleweed,’ a retired wildfire captain. Also check out our latest Youtube video, which discusses the burn severity of the Caldor Fire.

IR from 22:40 (10:40pm) on September 7. Isolated heat has been removed for clarity on some pics. Clear areas do not indicate no heat. There are many reasons for heat not showing on IR runs and only eyes on the ground can determine when it is safe to enter an area.

Continued cooling off above Highway 50. A lot of timber on these side slopes can burn through and roll down posing a threat to vehicles on 50. 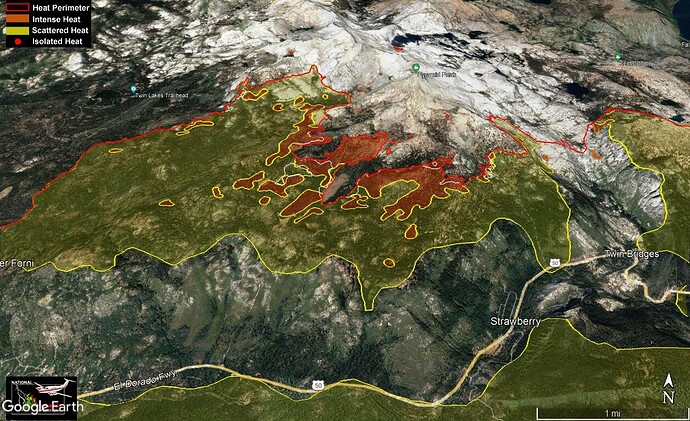 Crews are doing close work in and around all the cabins in the Echo Lakes basin, minimizing structure damage. Some of the ‘advancement’ of the fire could be the IR plane with a slightly different angle when it’s doing overflight in this steep country. It could also be Google Earth not cooperating. Tactical decisions are best made with eyes on the ground by the Division Supervisors that roam the areas. 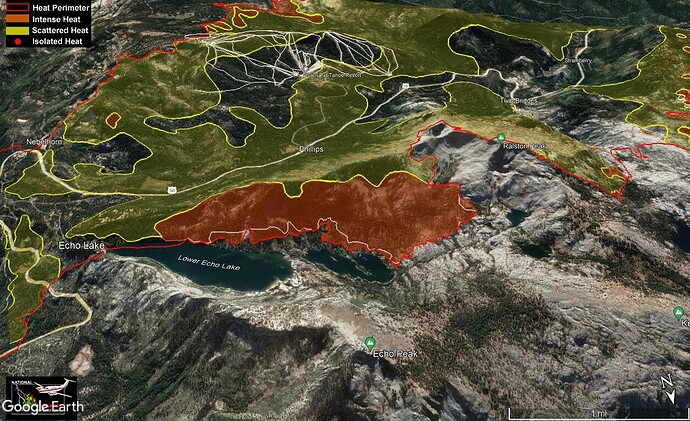 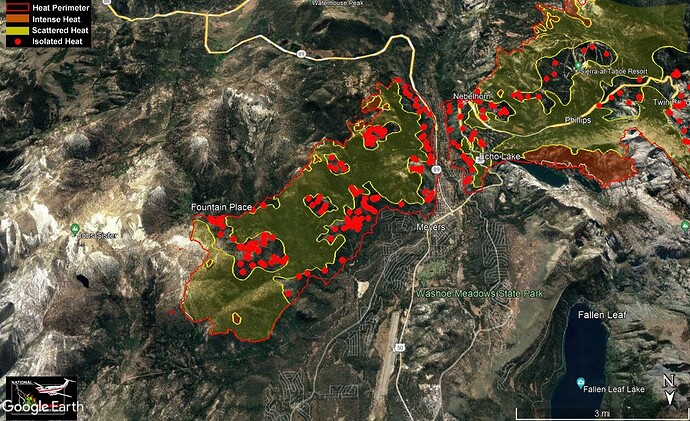 The lower finger looks to be pretty much contained, but that pesky upper finger continues to give them problems. Looks to be at least a couple of spots out ahead where the fire advanced yesterday. 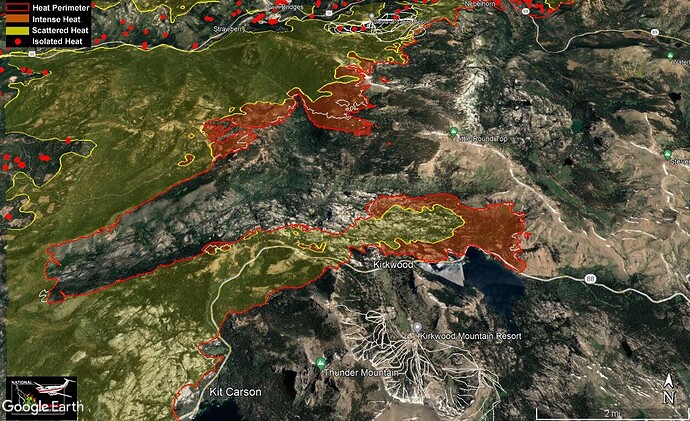 Unless something changes, this will be the last shot of the slop over Highway 88. 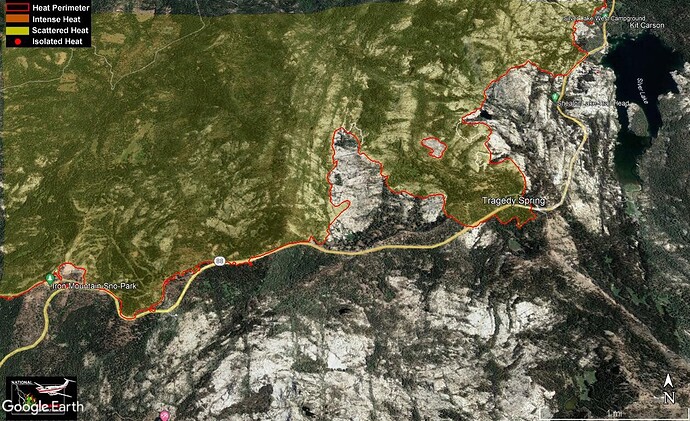 Less intense and scattered heat and more isolated heat. This is progress. 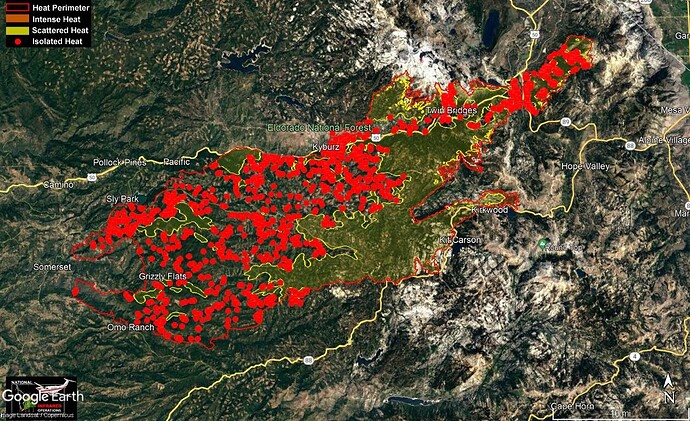