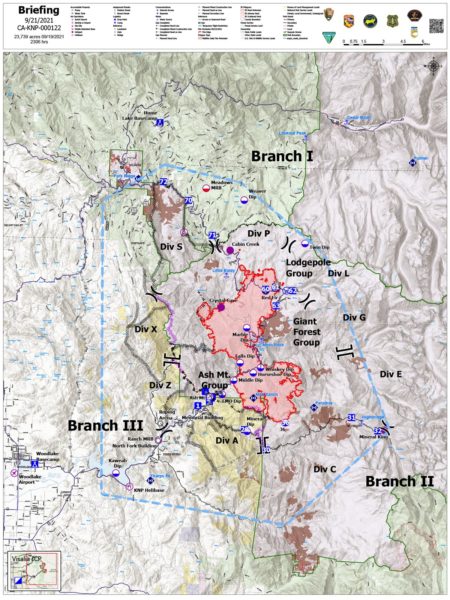 Minor growth to perimeter, with the most significant in the SSW areas. Center of the perimeter continues to show some isolated heat sources as the scattered heat continues to withdraw toward the outer perimeters.

Below are maps of the KNP Complex burning in Sequoia National Park made from infrared data captured at 0026PDT (12:26am) on September 21.

Overview of the KNP Complex looking east. As stated in the interpreter’s log above, not much growth on the perimeter of the fire since yesterday’s flight. 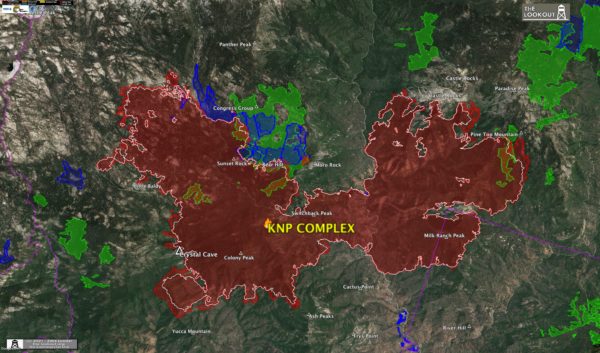 Prescribed fire likely played a big part in protecting the Giant Forest. Now that things are cooling off in that grove, today’s maps are going to focus on groves that haven’t seen fire in quite some time.

On the south east end of the fire we see Pine Top Mountain. 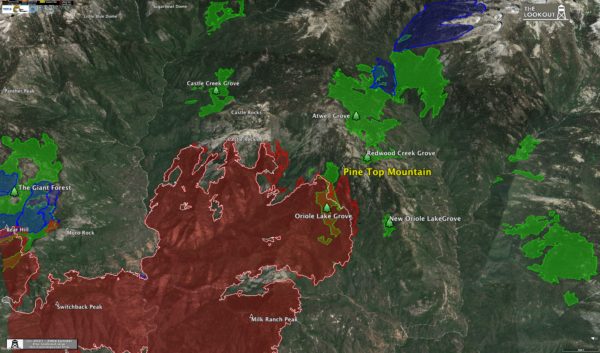 Oriole Lake Grove has been within the fire perimeter for the past few days. Just over Pine Top is the Atwell Grove. Once the fire reaches the peak of Pine Top, it will begin to back down the southeastern facing slope and into the Atwell Grove.

Below is a close up view showing fire burning up Pine Top Mountain. As you can see from the topography in this map, this is some fairly steep terrain. 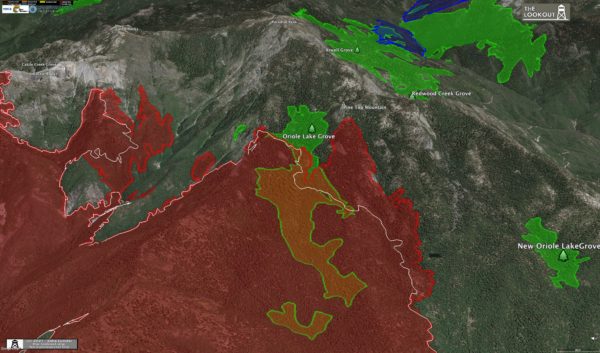 We’ll take a closer look at the stands in the map above in an upcoming post about fire behavior and fire suppression.

With little intel coming in about the KNP today, we took to Twitter. Andrew Revkin (@revkin on Twitter) posted a perspective that is worth sharing. 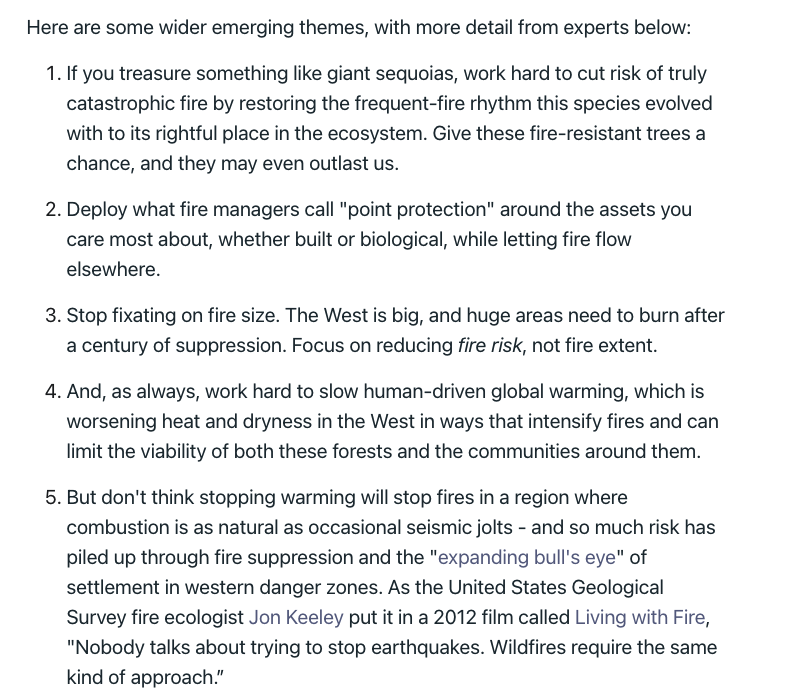 There was no IR available for the Windy Fire overnight, and both our local correspondents are busy today.

Below is a map showing today’s FIRIS data on the Windy Fire. 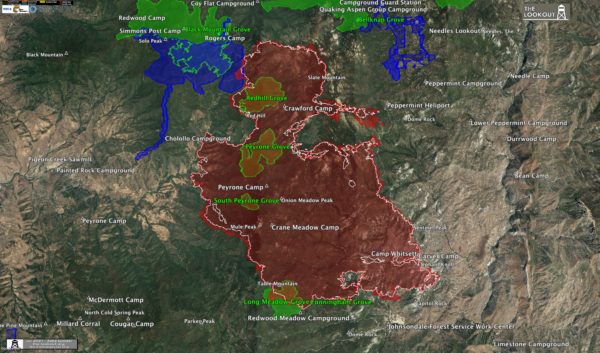 And VIIRS satellite heat detection map. This map should only be used for a general location of heat. 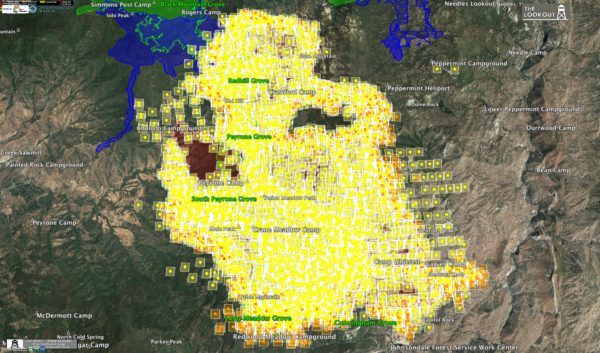