Skip to content
Here is a guest photo essay from Darin McQuoid. He saw a post we did last week on the fires in the Southern Sierra where we mentioned tree mortality, so he sent us these great photos. We welcome submissions like this. Thanks, Darin!

December 12, 2015: Tree mortality from bark beetle. Castle Rock and Paradise Peak on right hand side as seen looking northeast from Case Mountain. Alta Peak on left and the Kings-Kaweah divide behind Castle Rock/Paradise Peak. All that brown is dead pine. In the shade of the center bottom is Mineral King Road, and the spur going into the sun goes to Oriole Lake/ Grove 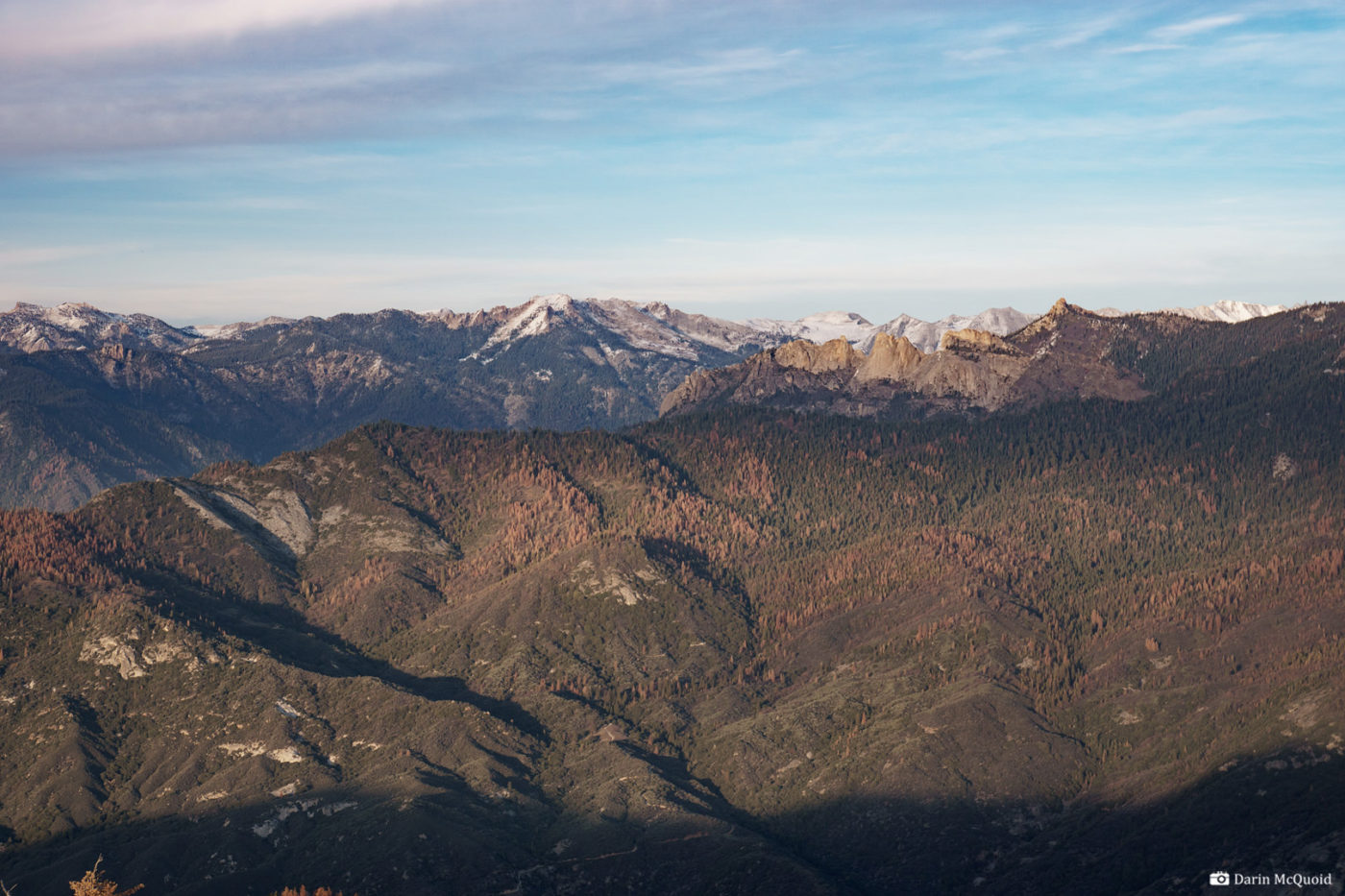 December 12, 2015: Looking north and slightly west from Case Mountain. Alta Peak to the right, Milk Ranch Peak with all the dead conifer, Moro Rock behind it. 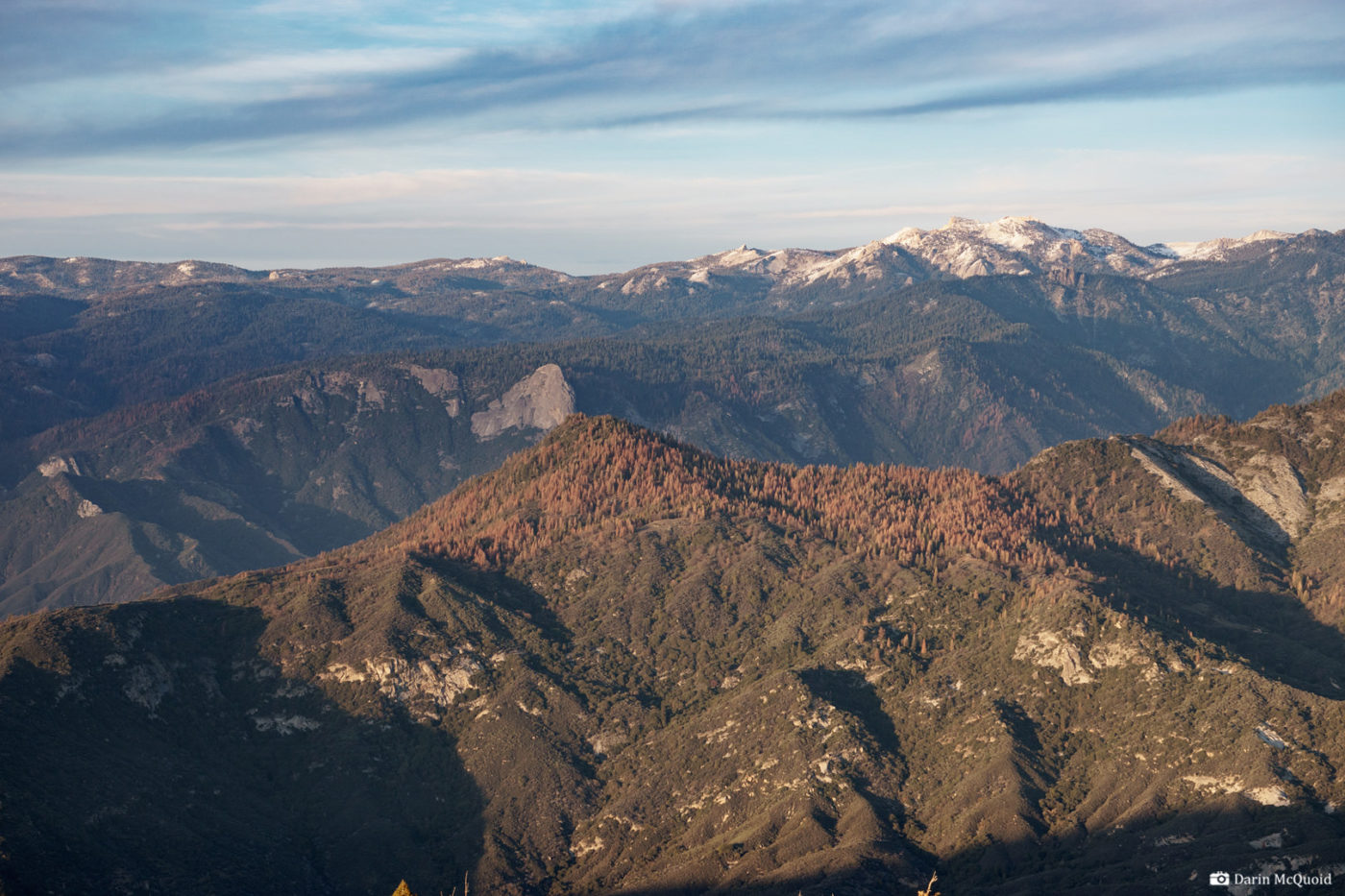 Just above Tokopah Valley/Lodgepole to give an idea of the terrain they are trying to manage this fire in. 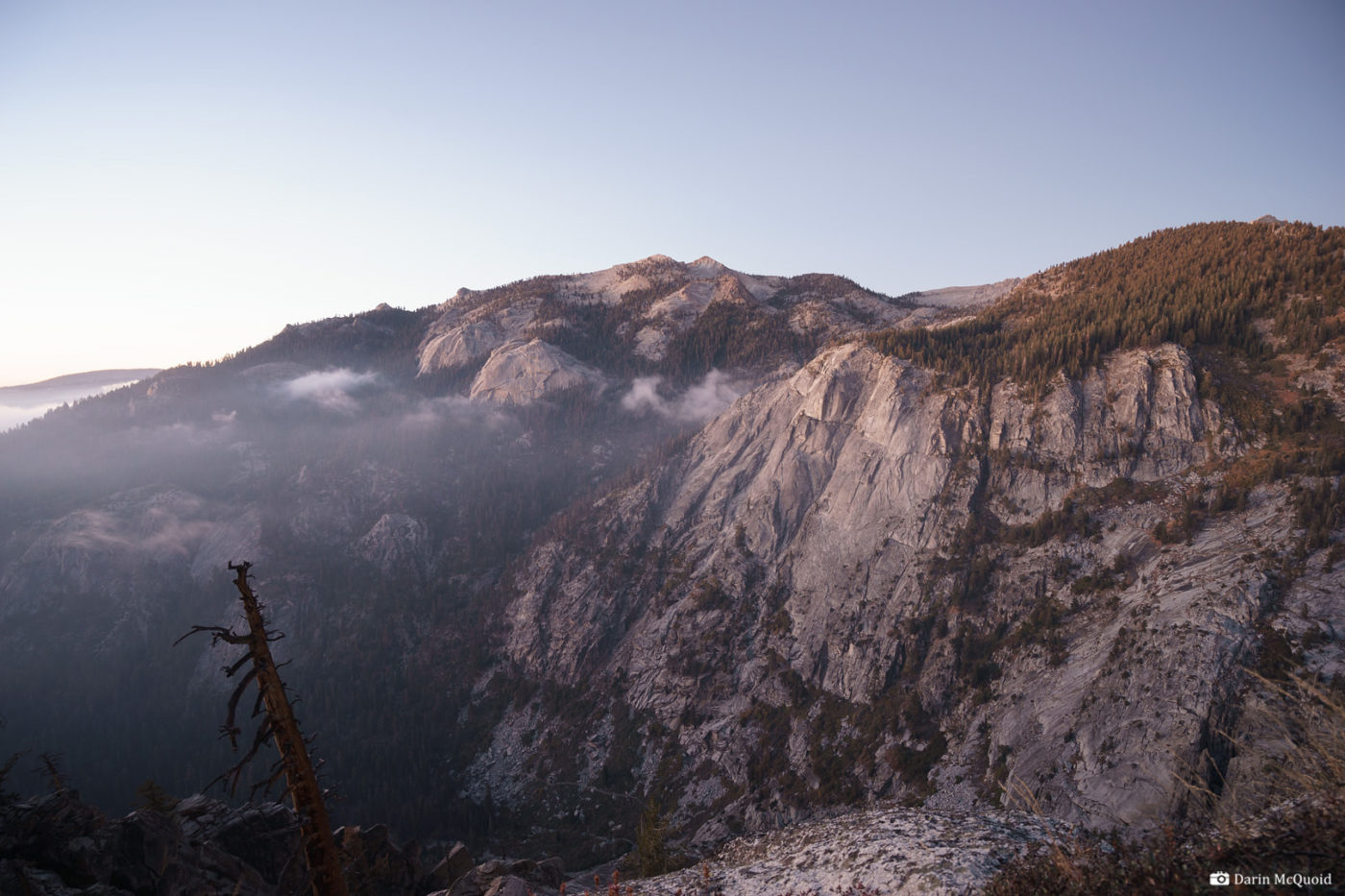 Looking at Castle Rock from Middle For Kaweah between Hospital Rock and Buckeye Flat, where the fire started. Obvious mortality below Castle Rock and steep, brushy terrain. 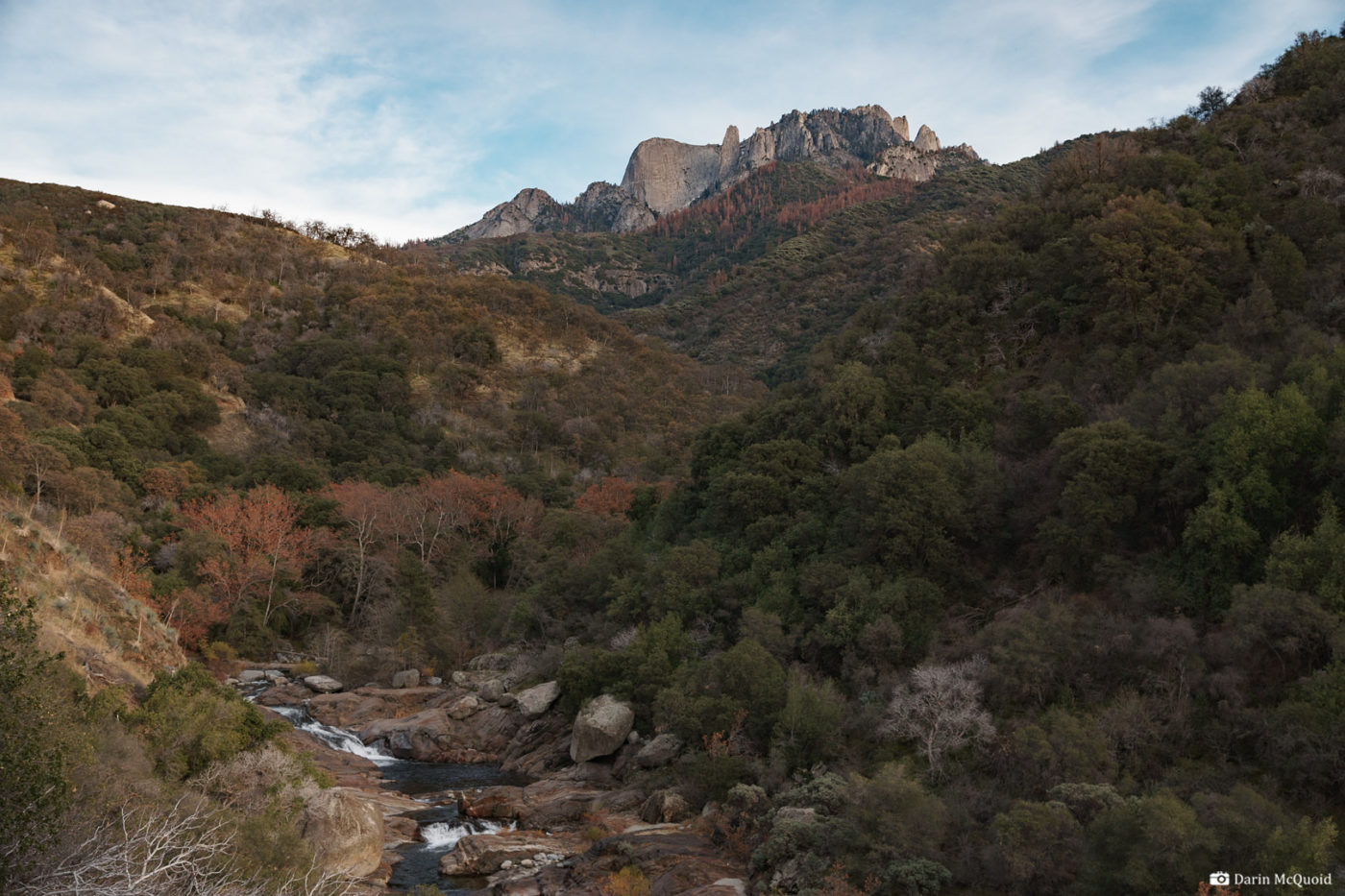 September 24, 2015: Three Rivers has dodged a lot of bullets, lets hope will dodge one more. We saw two fires start from our porch, this one in a field by Lake Kaweah. The only reason it was controlled is because a plane was in the air and rerouted to drop on it. In about 15 minutes it had spread 1/2 mile toward town. In a really small world, the pilot was the father of a woman in my wife’s class at College of the Sequoias. About a year later we saw lightning fire start on the north edge of town, thankfully rain came minutes later and knocked it down. 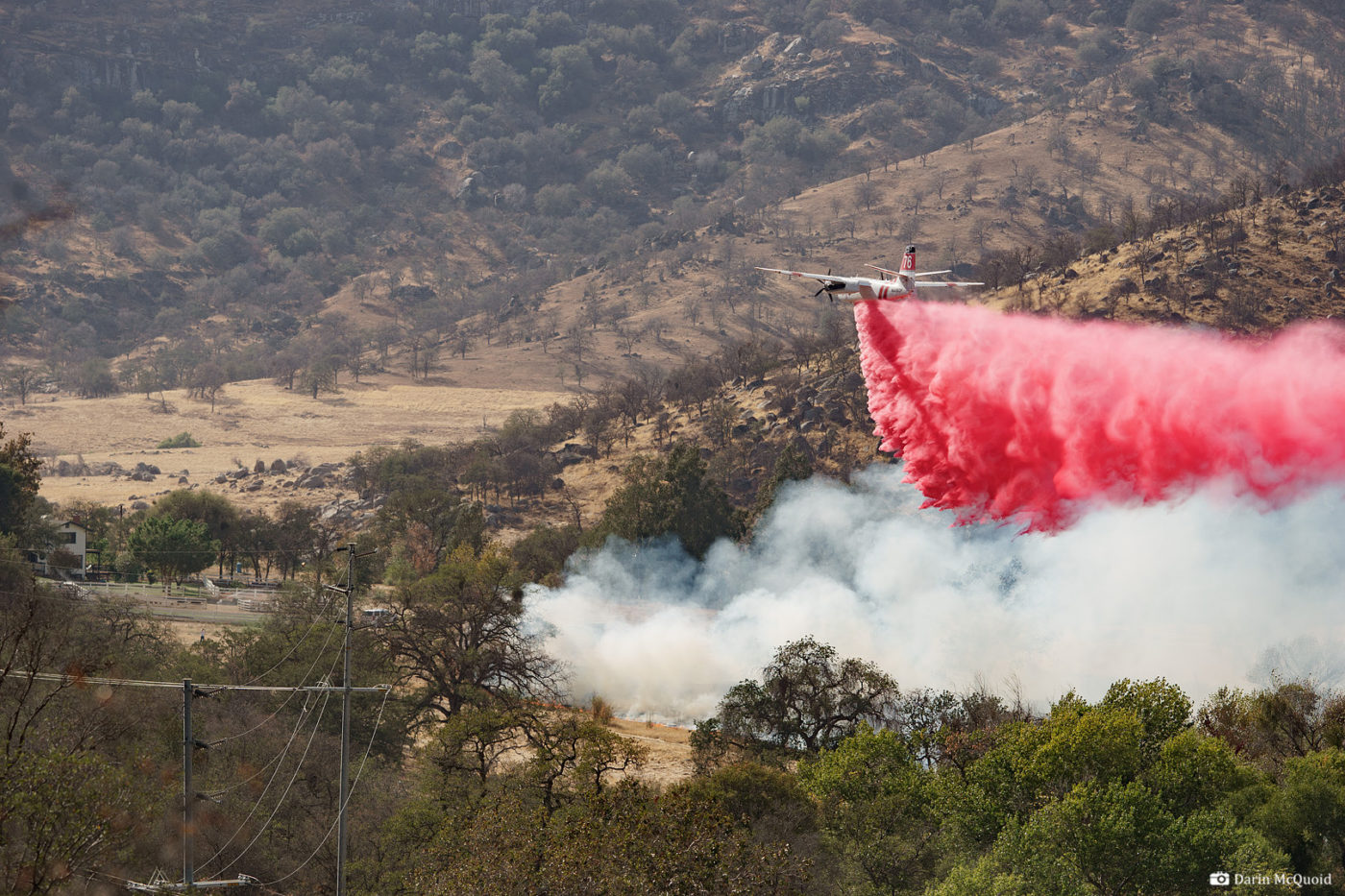 I’ll tell you from anywhere I’ve been in California, which is pretty much every major river canyon via kayaking, the density of brush and dead wood from Crystal Cave to the North Fork Kaweah area is unparalleled. That’s about the last place I’d ever want to fight a fire in, I spent several days looking for that old Hidden Springs ranger station which shows up on some maps northwest of Crystal Cave, from both the North Fork Kaweah on the old road (trail on most maps as NPS abandoned it) and cross country via Crystal Cave. Nasty terrain, thick brush, thousands of down trees. Even crawling through poison oak it was too thick to get anywhere.