Here are images of the Alisal Fire based on an infrared overflight at 9:30pm on on October 13.

The fire spread about 2.5 miles to the west since it was mapped 24 hours earlier on October 12. Yellow shows scattered heat, in areas that are generally cooling off. Orange/red fill shows areas which were burning intensely at time of imaging. Blue is 2016 Sherpa Fire, purple is 2017 Whittier Fire. White line shows 24 hour growth. 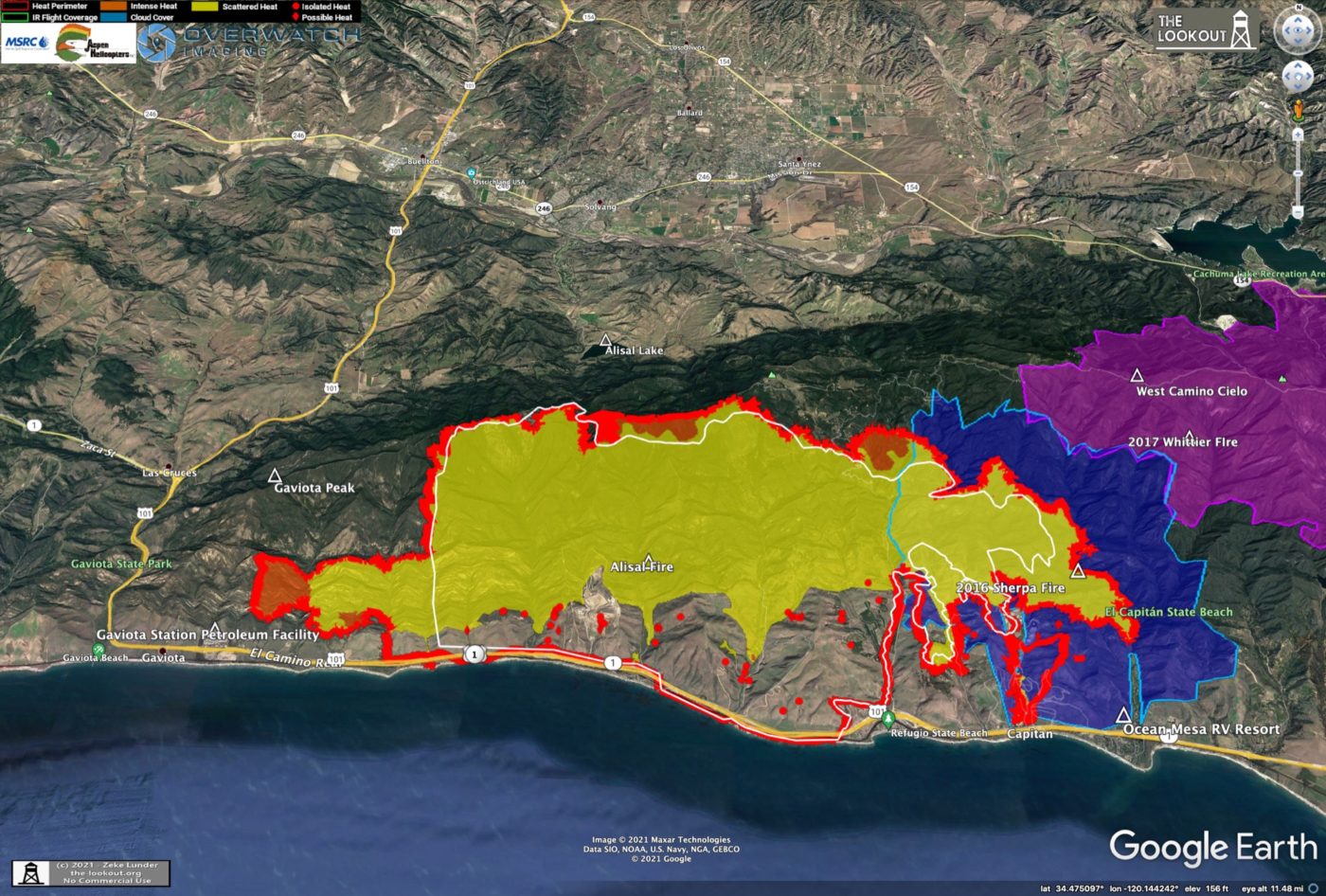 Satellite imagery of the Alisal Fire captured yesterday (1:55pm on October 12). Overlayed with IR mapping from 9:30pm (red line) shows fire didn’t move much yesterday afternoon except where it moved a mile to the west (between 2pm and 9:30pm), and a little to northeast and southeast of Rancho Reagan. 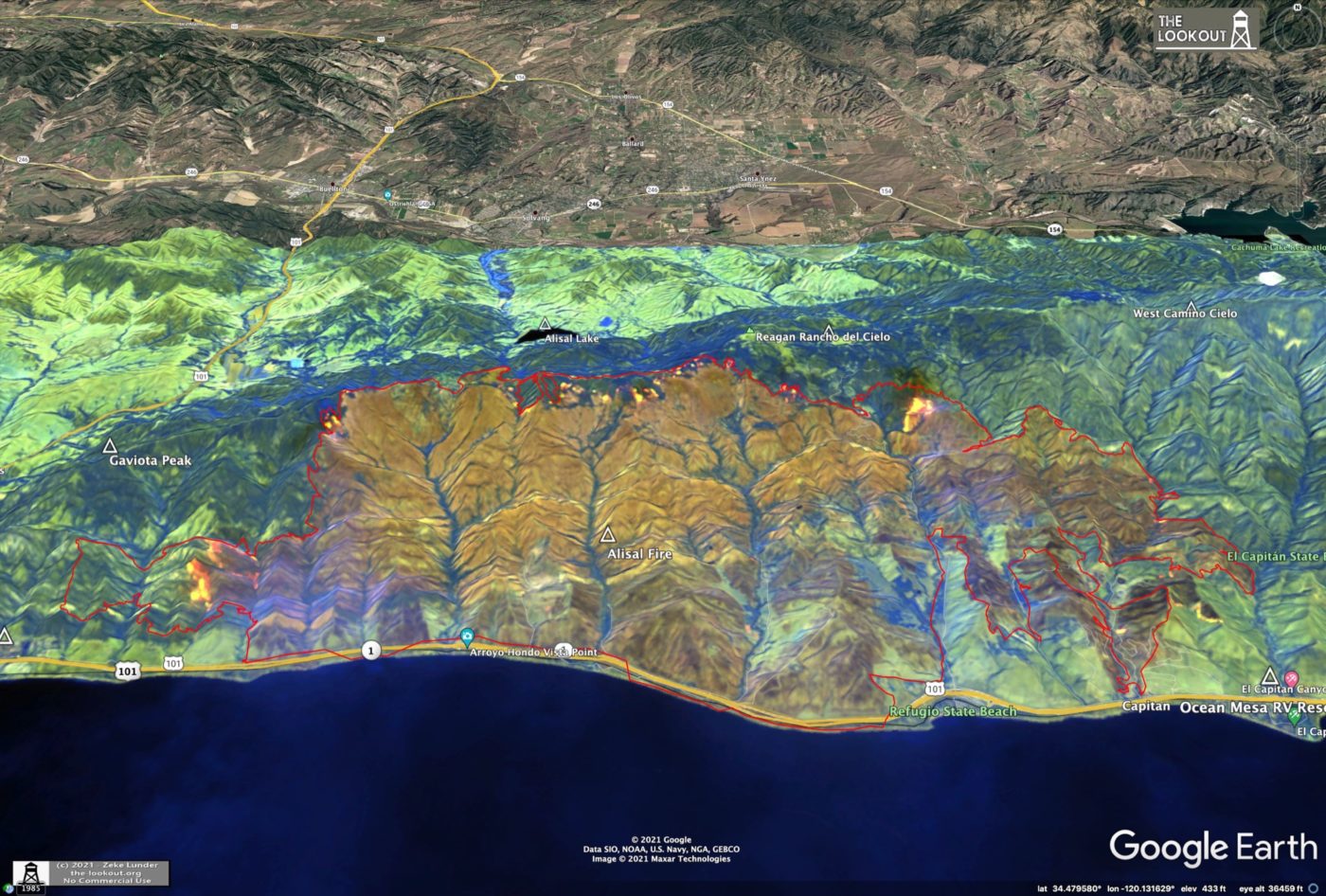 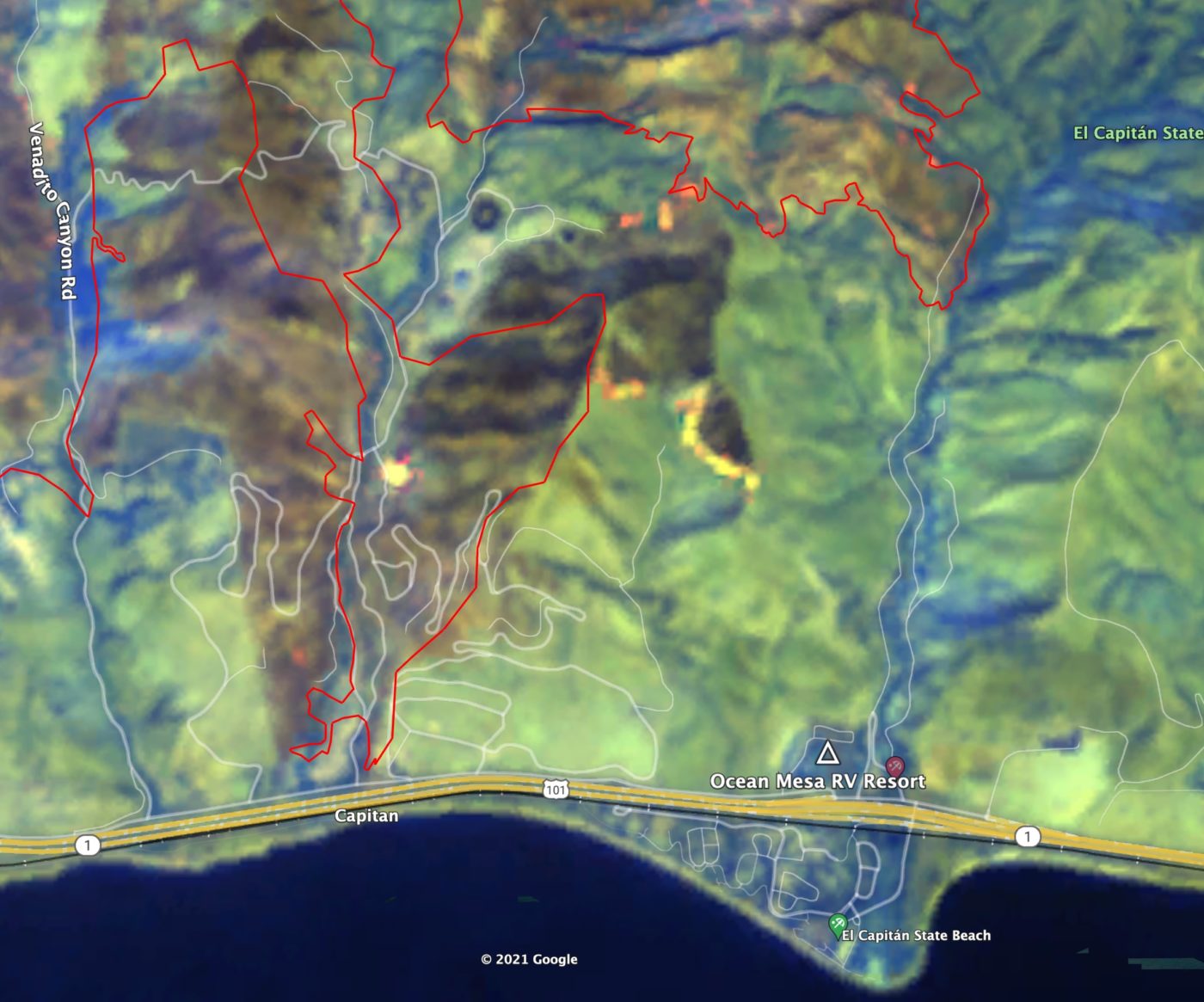 Fire spread 2.5 miles west, and was about 1/2 mile from Gaviota Station Petroleum Facility at 9:30pm on October 13. The upper slope areas of the fire did not move very far in past 24 hours. 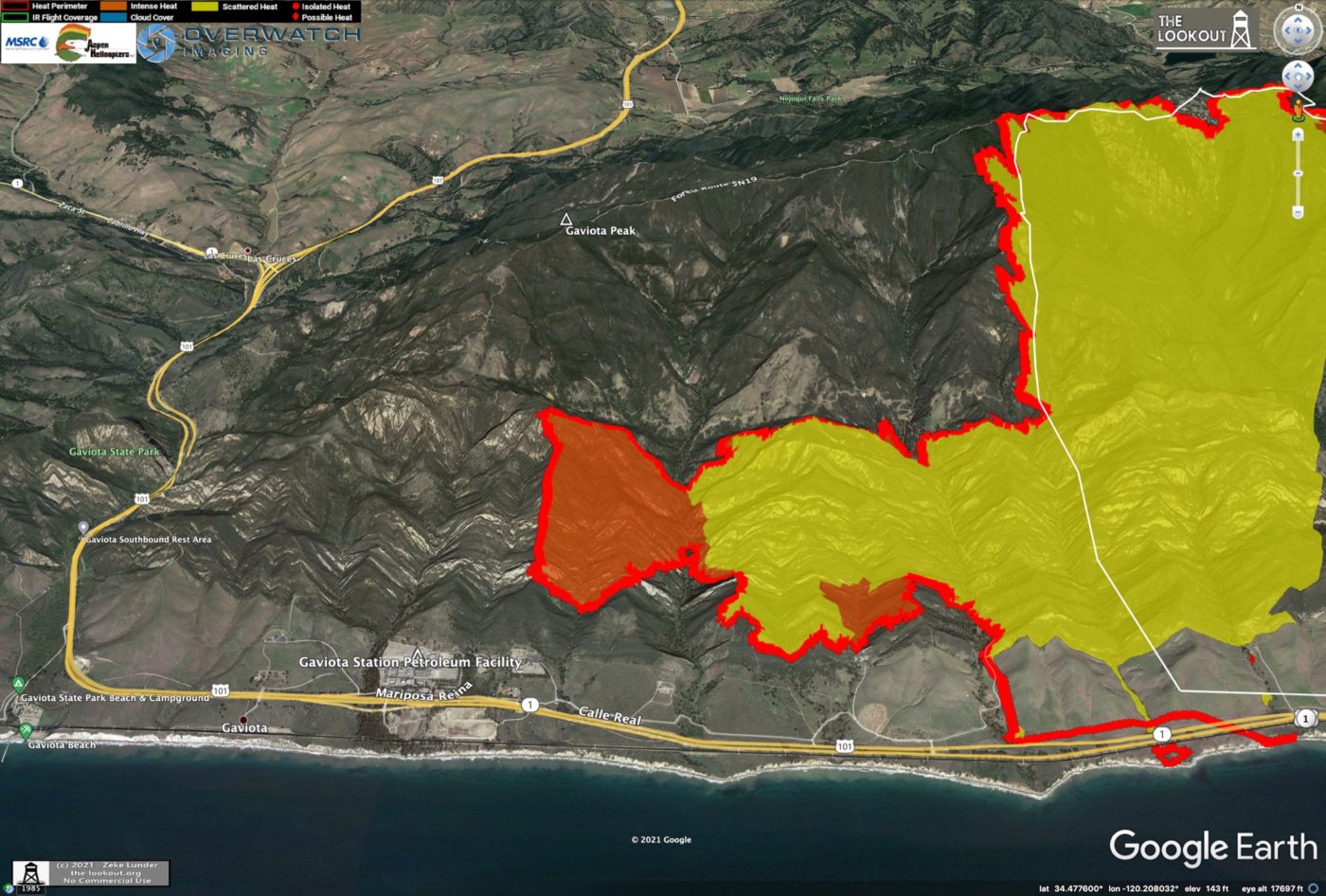 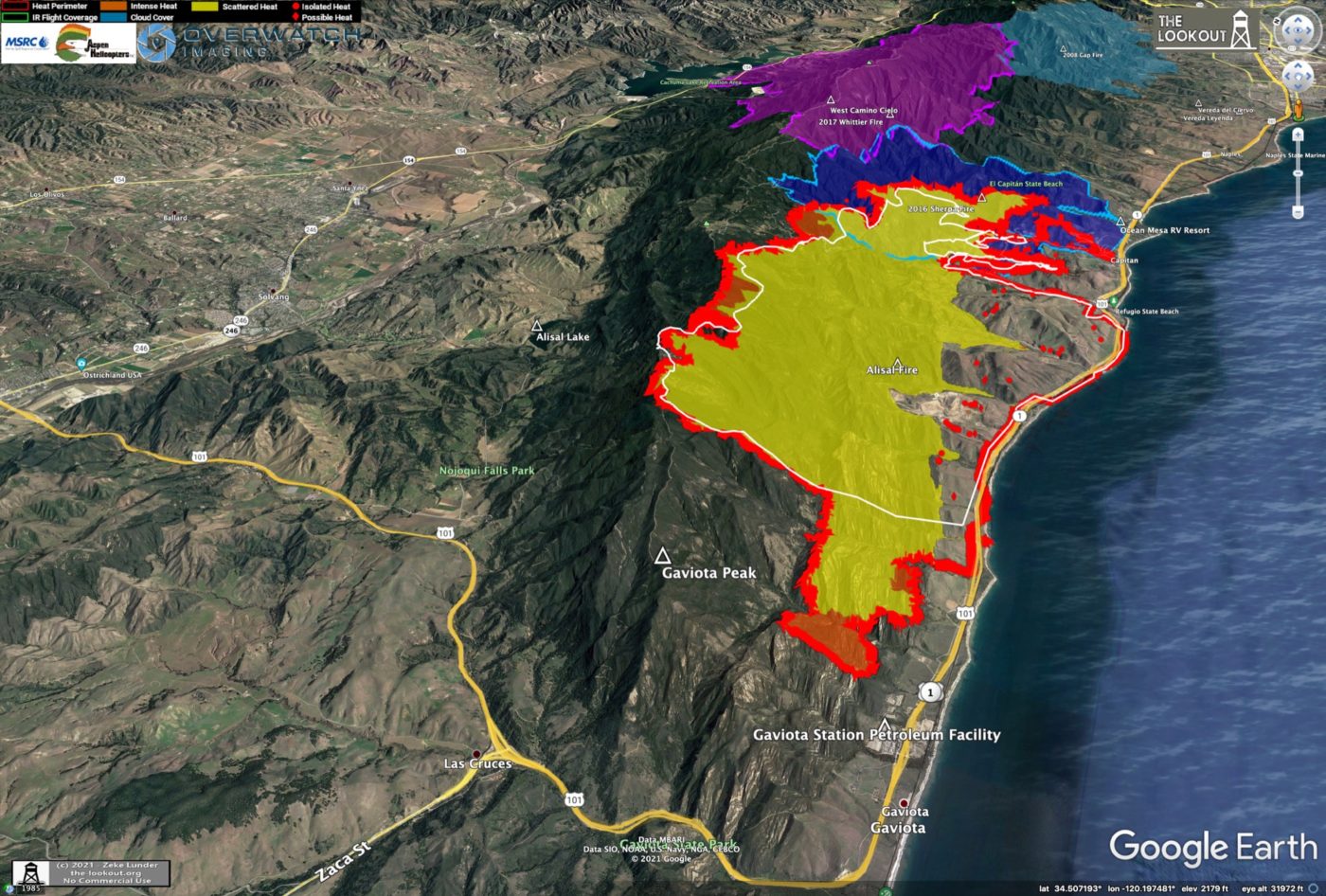 Looking east toward Rancho Reagan del Cielo. Fire appeared to be held to south side of ridgetop dozer lines in this area. White line is 24 hours spread. 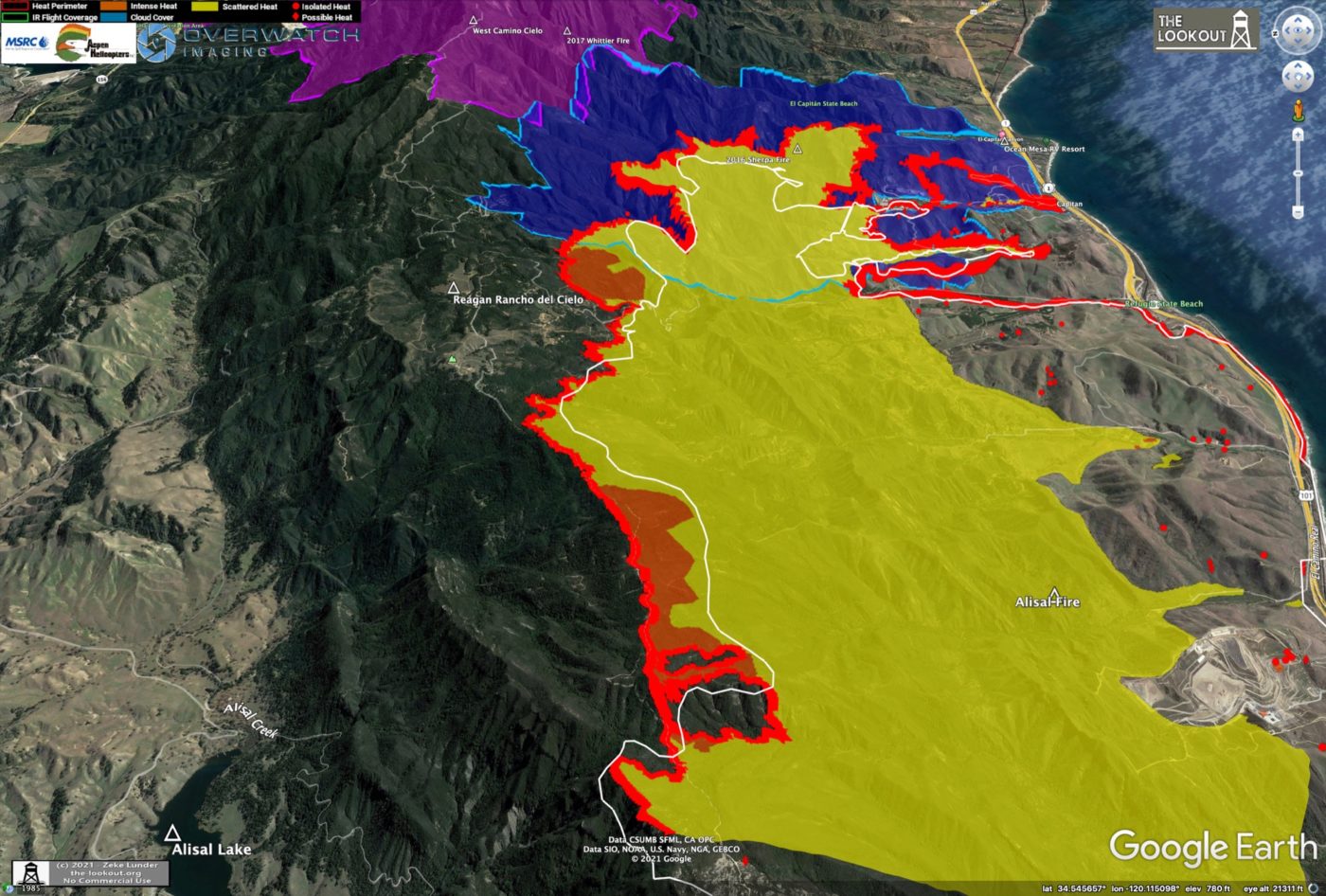 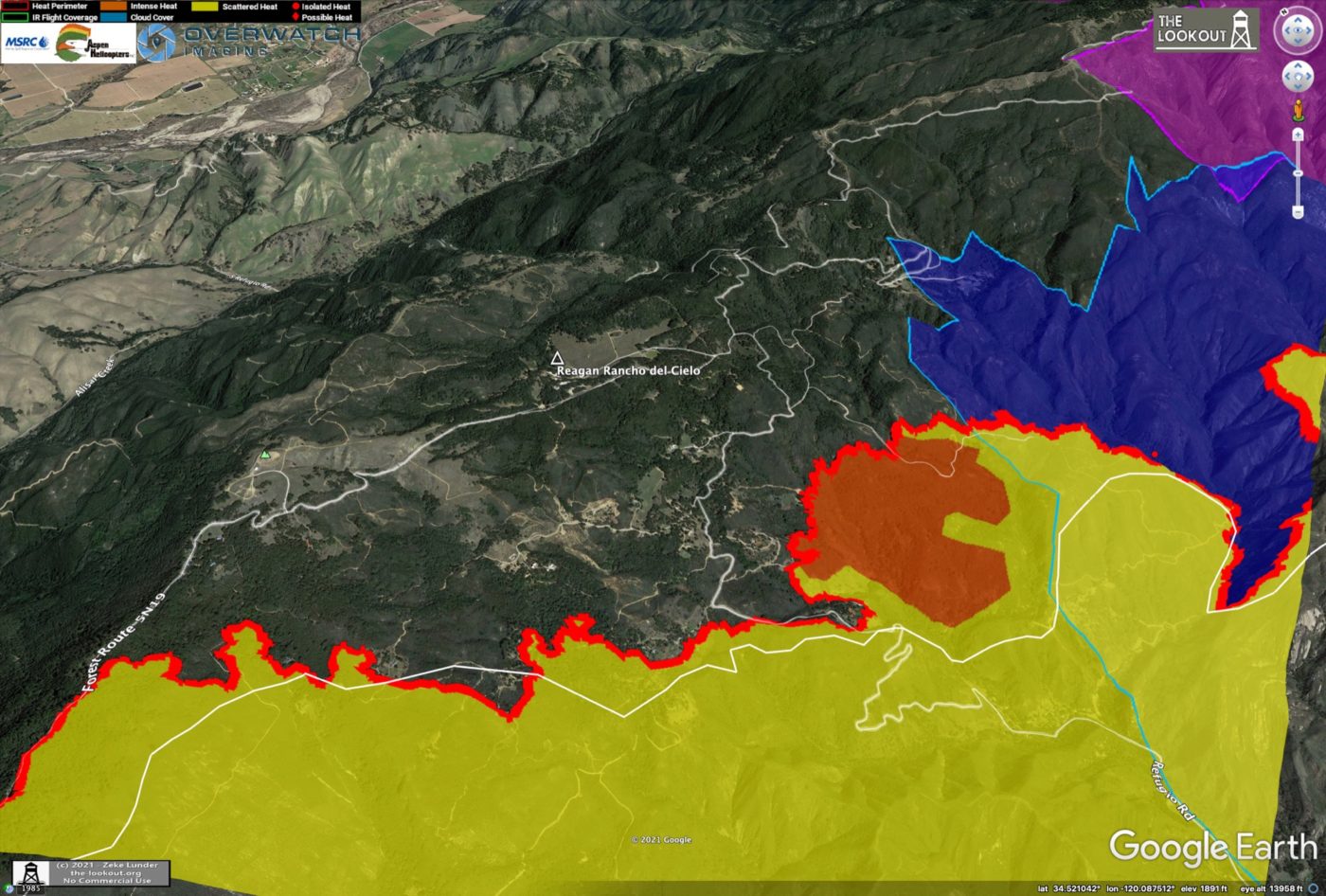 The eastern portion of the fire advanced about 1.25 miles to the SE in past 24 hrs, all within the 2016 Sherpa Fire footprint. It had not spread further into the Exxon facility, in the center of this image. 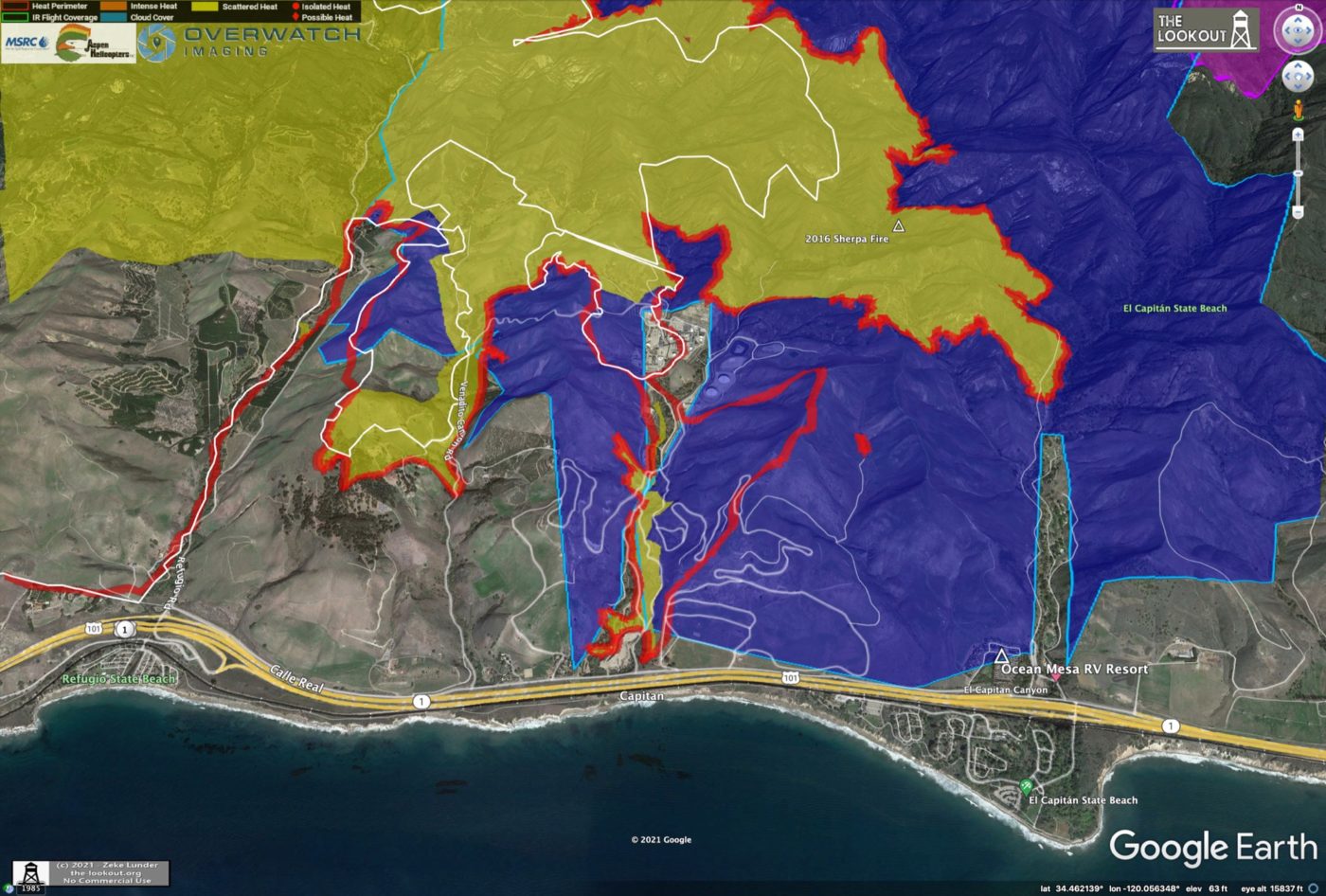 Recent fire history to the east of the Alisal Fire. 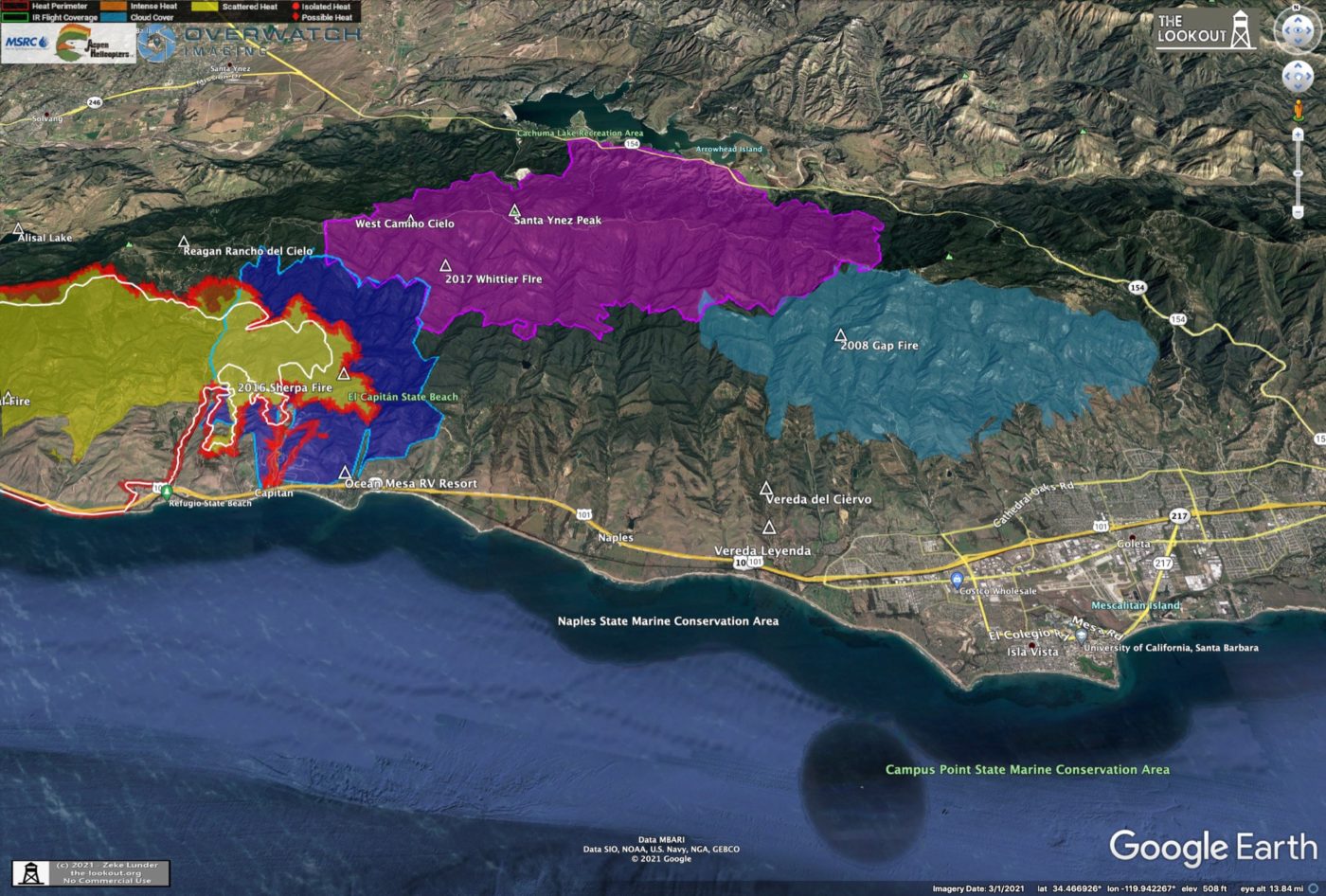 This map shows bulldozer firelines to the northwest of the fire. The IR mapping shows fire slopped over the ridge east of Drop Point 40, but this may be a mapping error. 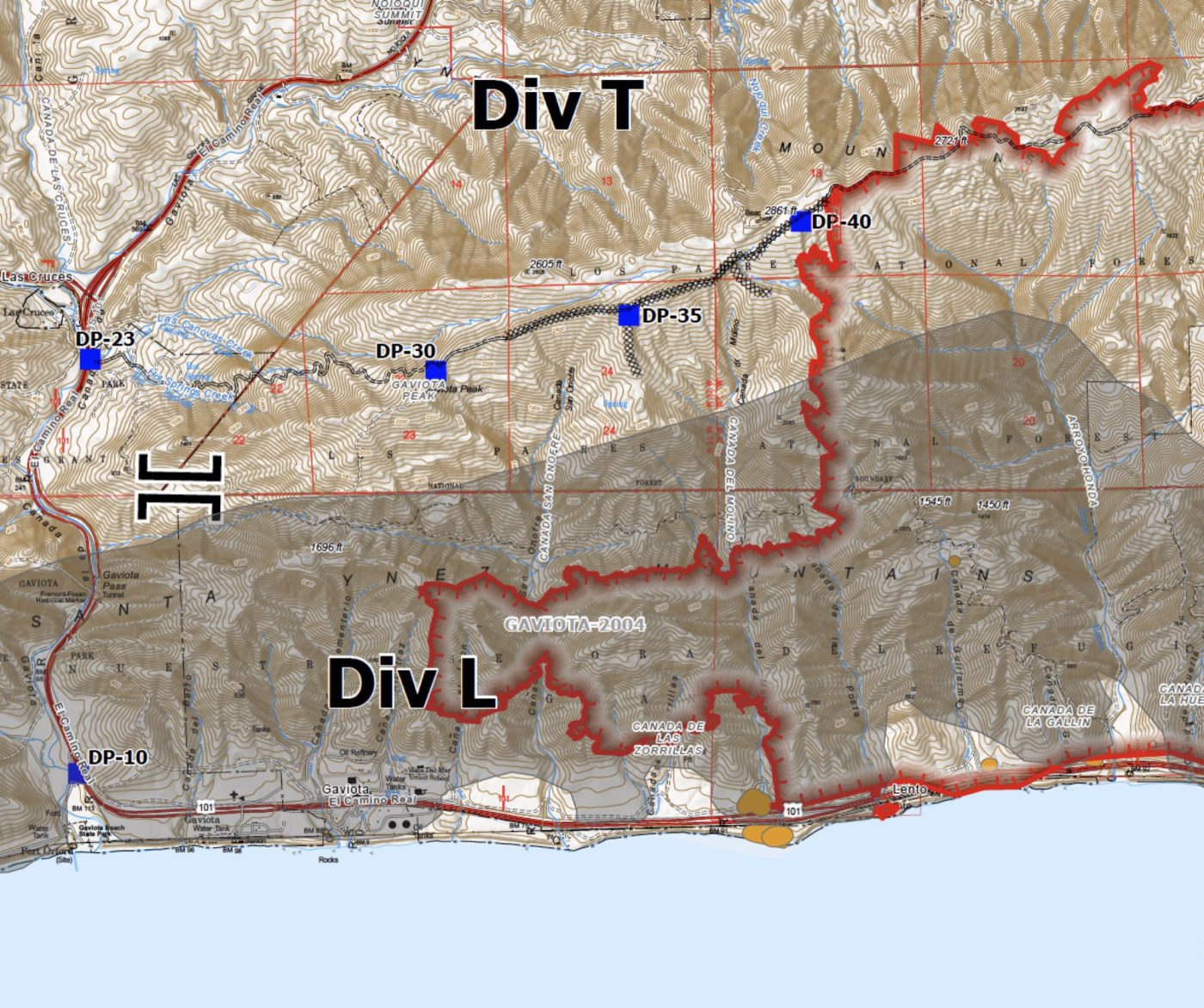 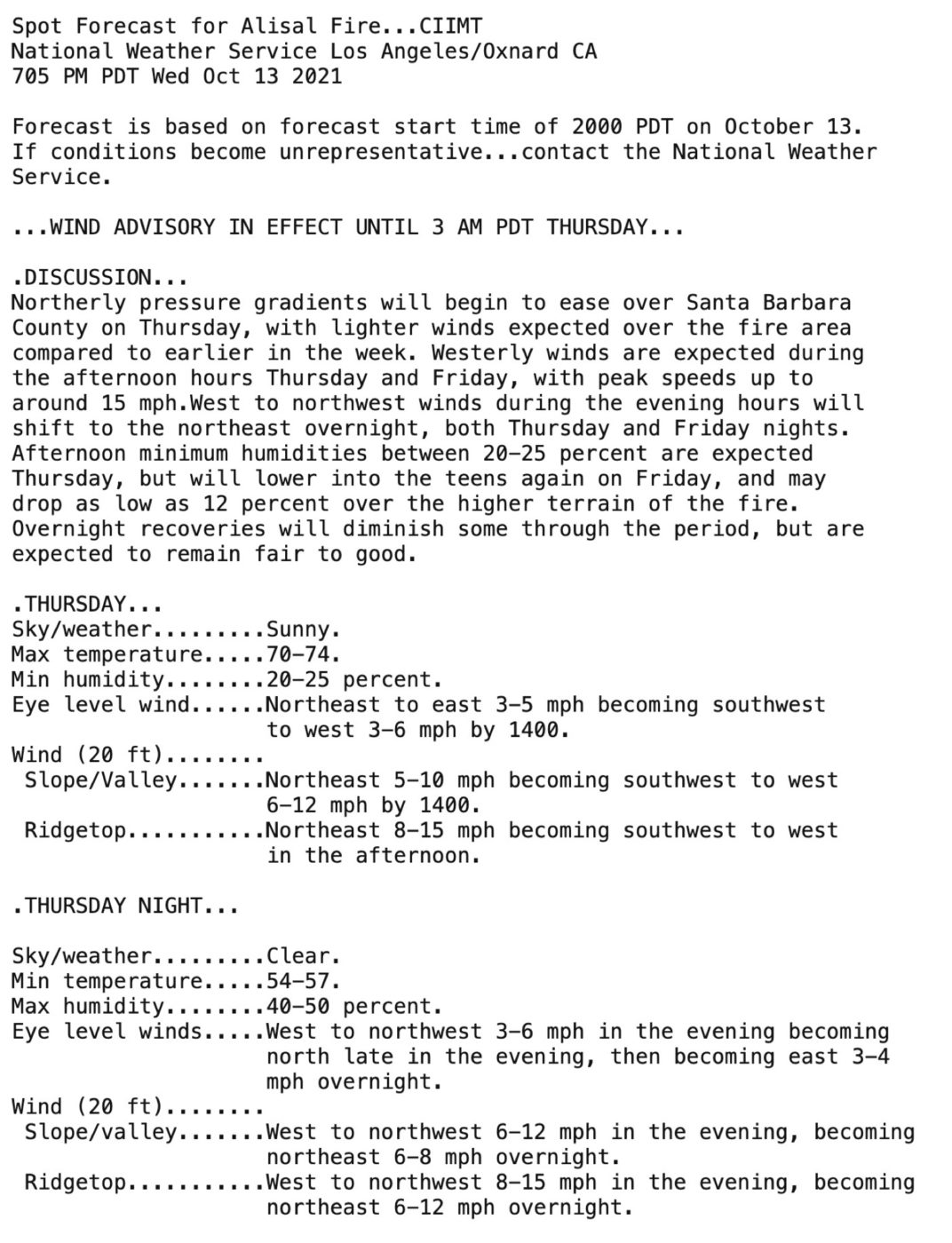 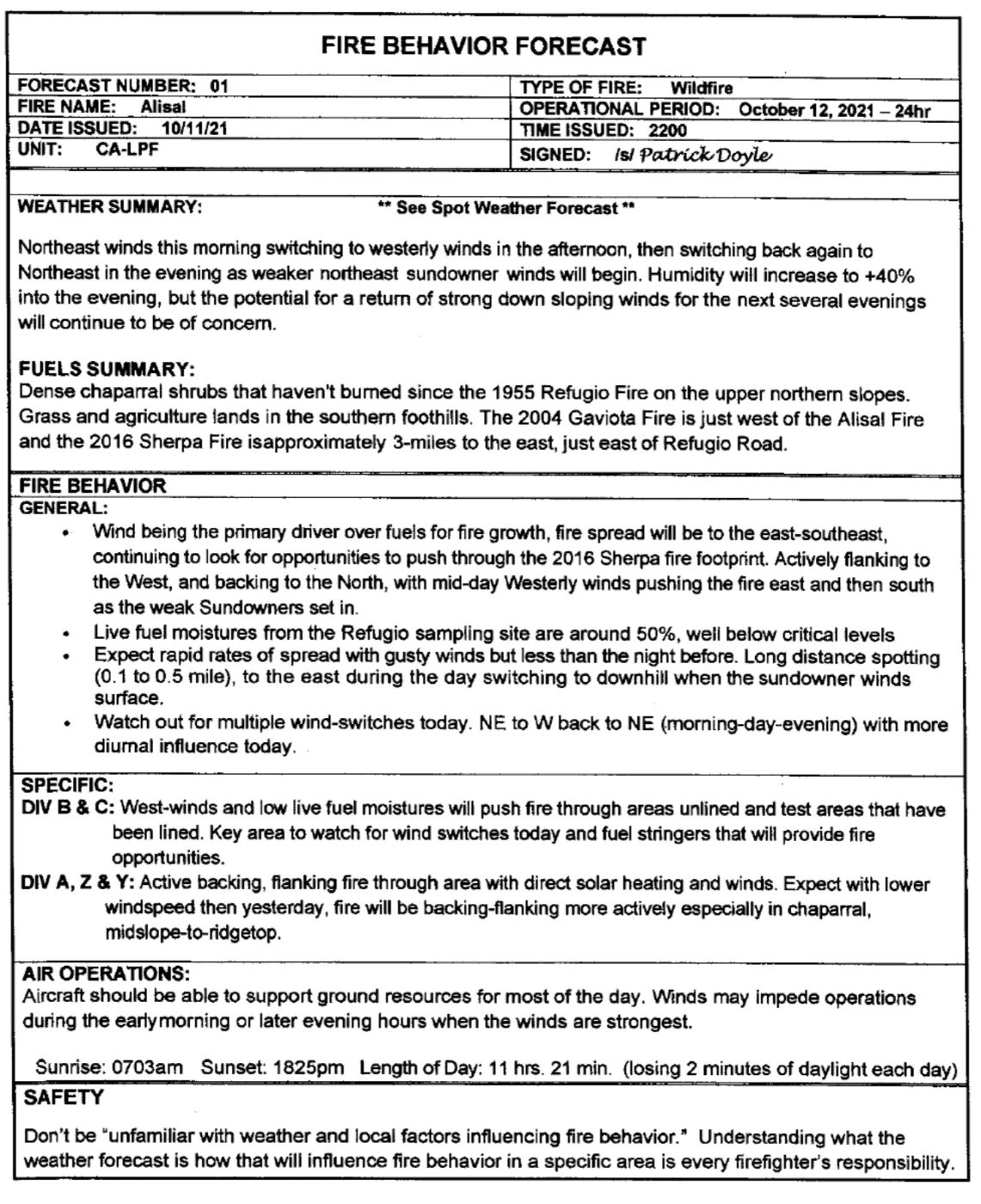