The McKinney Fire on the Klamath National Forest is establishing on the south side of the Klamath River, east of Horse Creek. @FIRIS perimeter from about 5:20pm. Since mapping, fire has spotted over McKinney Creek Road. 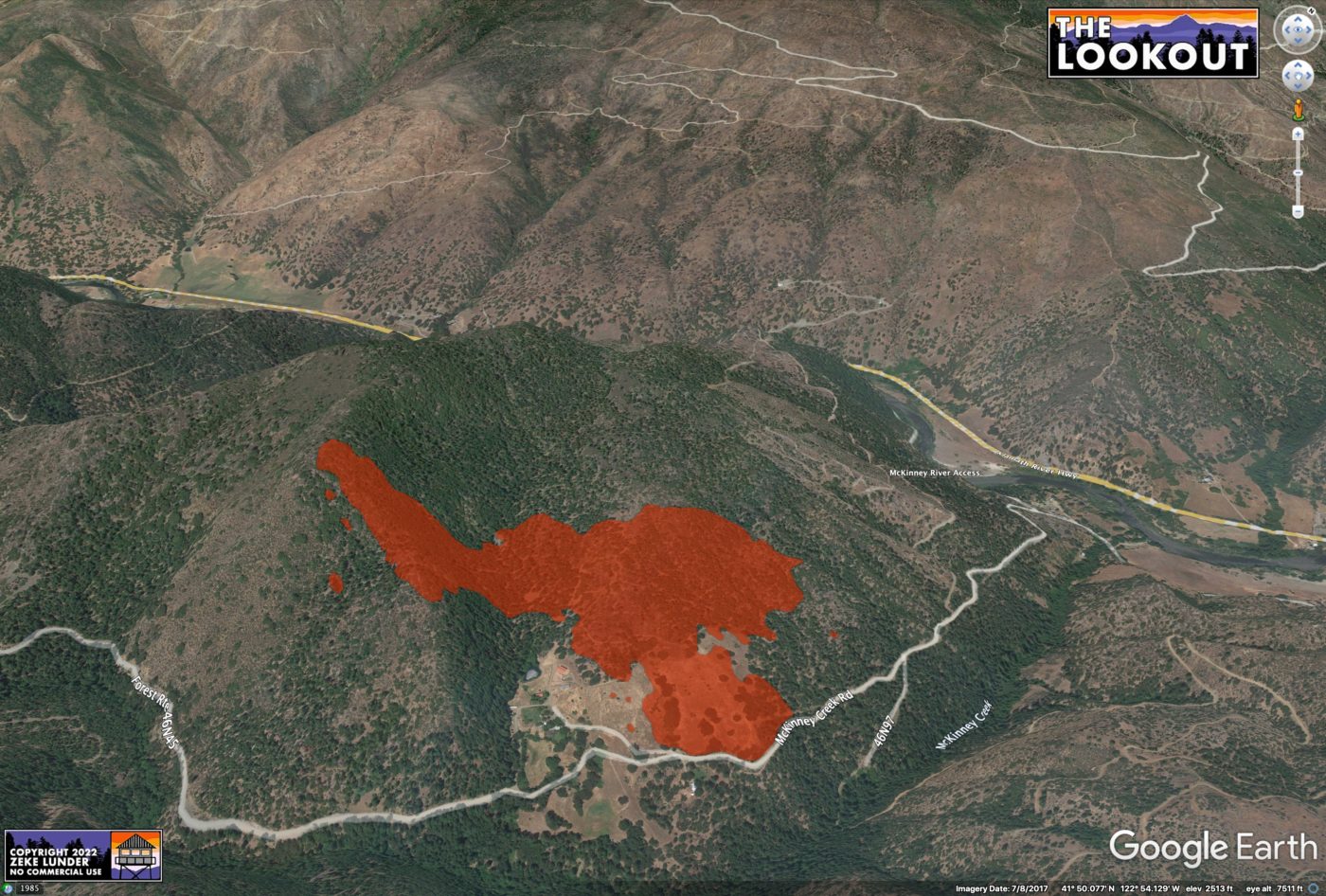 There is not a lot of large fire history in this area. The 2014 Beaver Fire burned opposite side of the river, as did the 2016 Gap Fire, which burned farther west — both shown in blue. View to north. McKinney Fire in center. 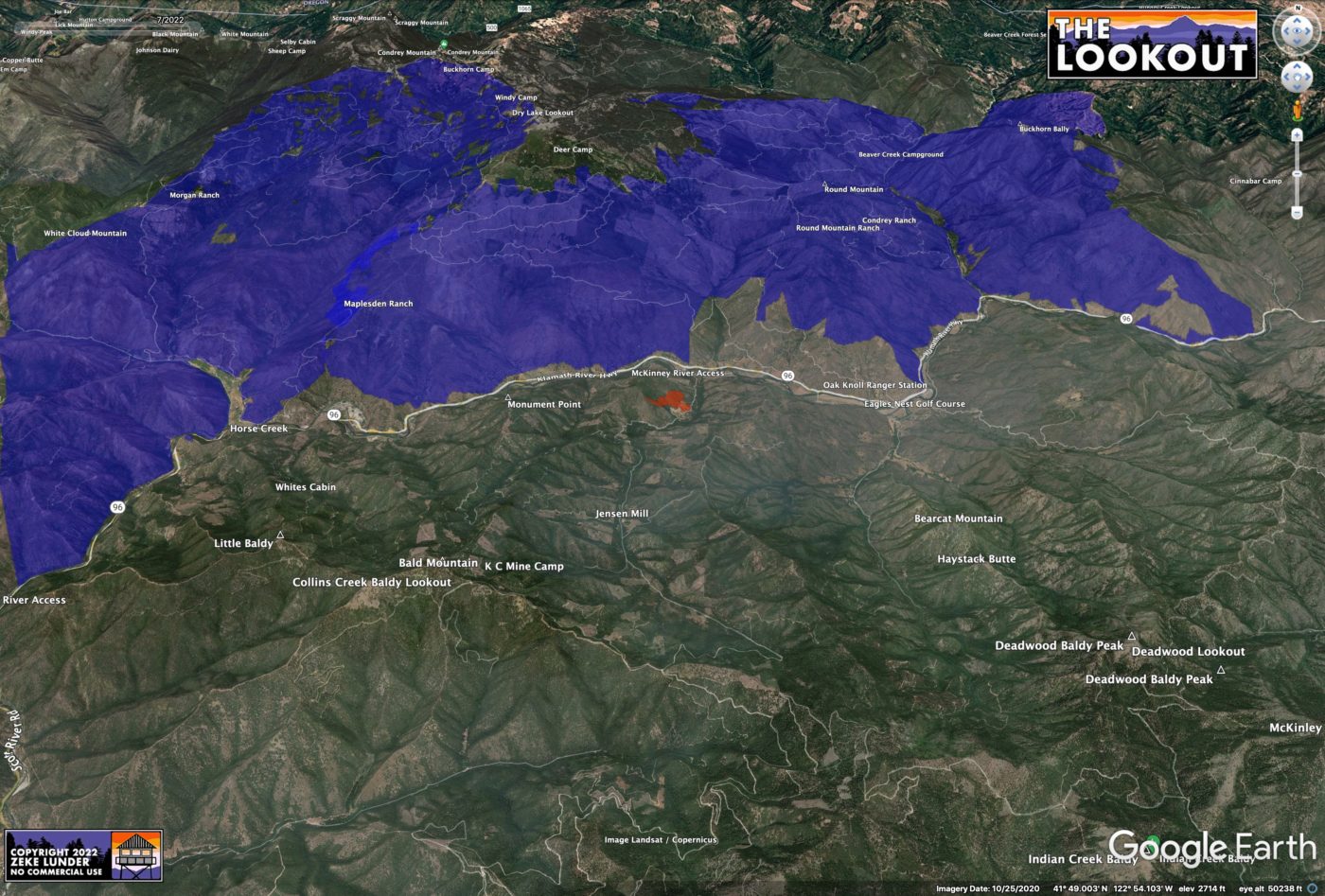 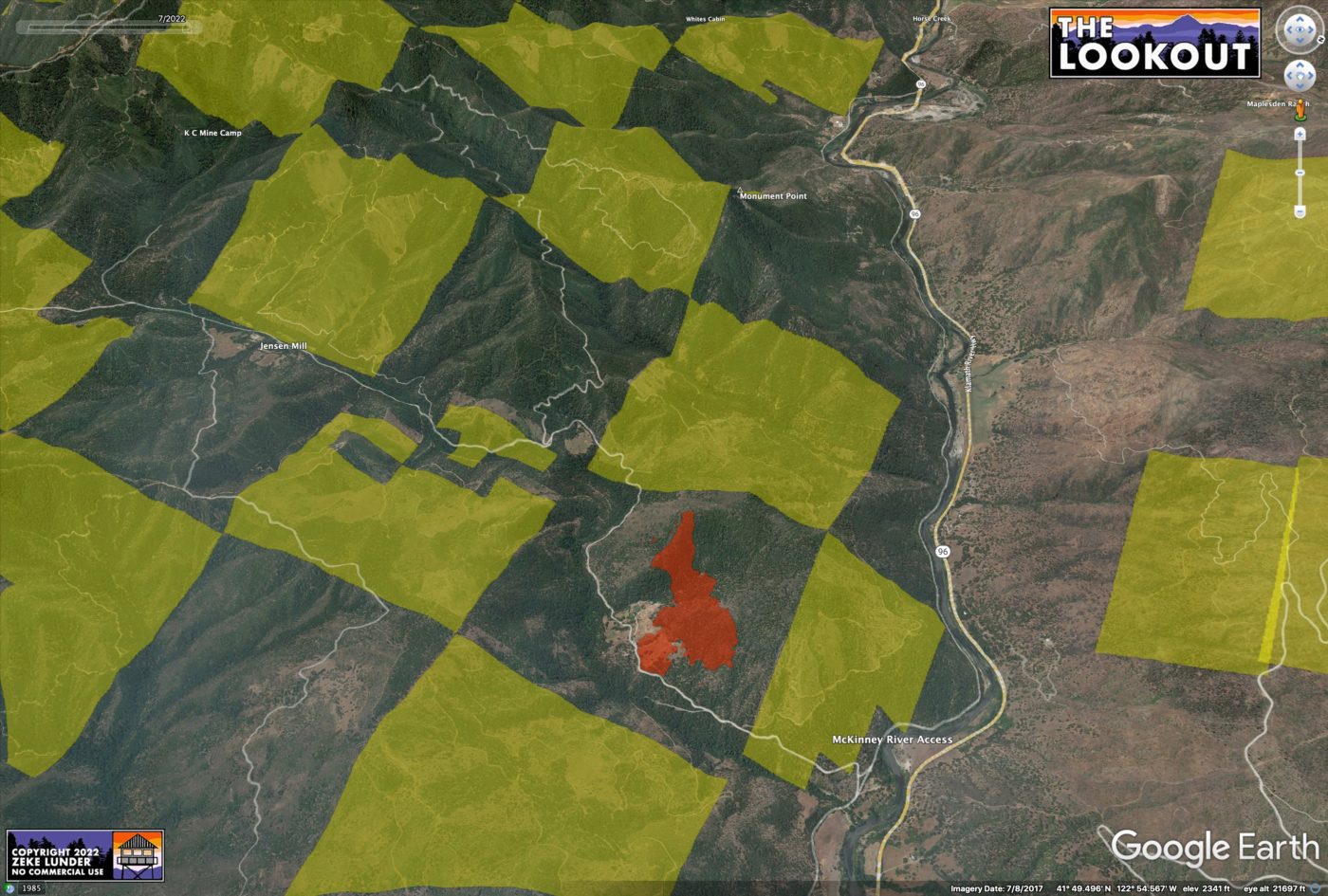 The fire is in a location which may be exposed to strong downcanyon wind influence overnight from the nearby Klamath River. Winds are forecast to come out of east and northeast after midnight, becoming northerly midday tomorrow. Right now, the area is experiencing unpredictable outflow winds from thunderstorms in the area. 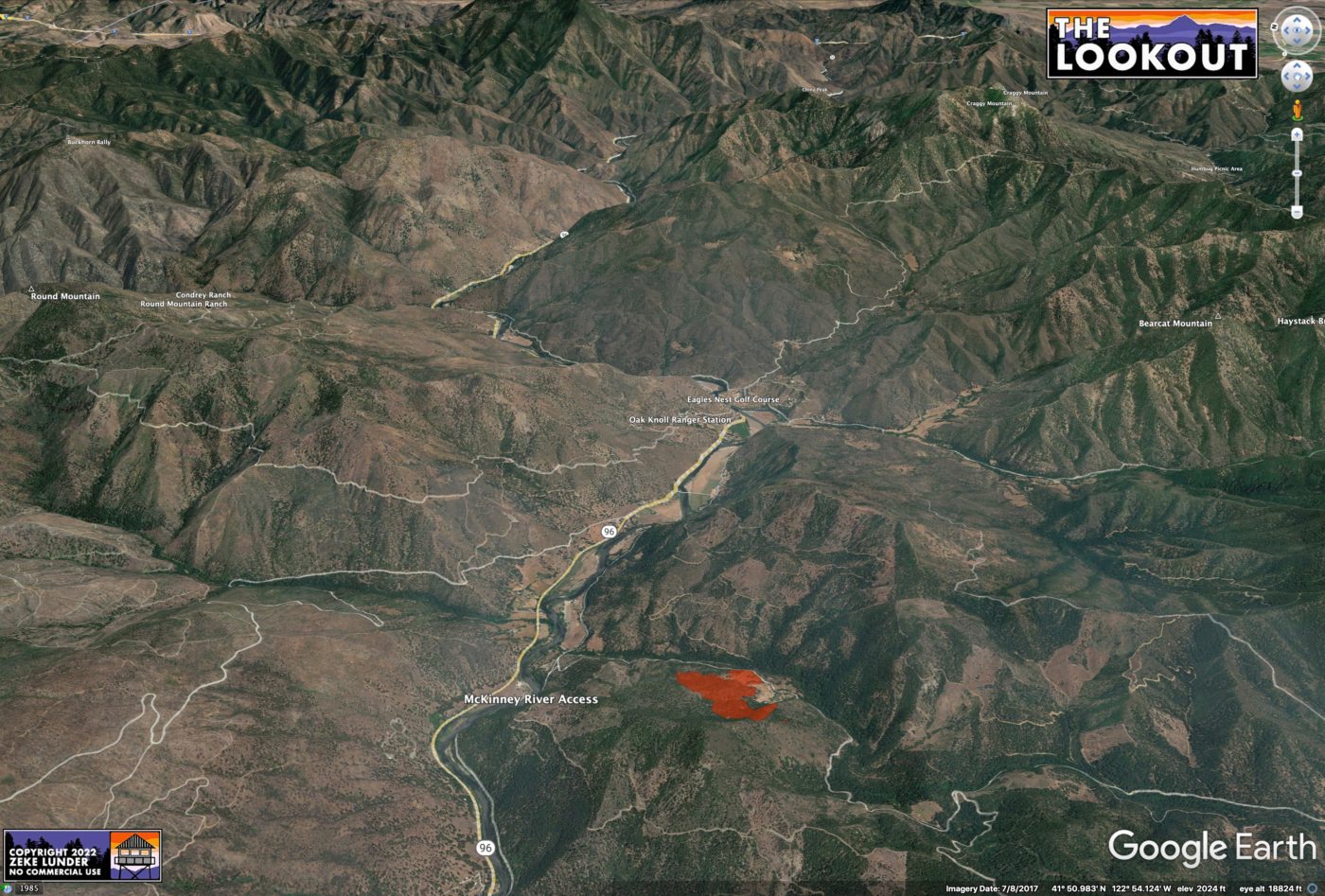 There is a serious airshow in effect on this fire, but when it’s over 100 degrees and the fire is spreading by spotting, tankers aren’t always effective. This fire is also far enough from major tanker bases, so it had some time to build momentum before the heavies arrived.

The fire is burning just west of the 1955 Haystack Fire (pink). In our recent interview, Jim Klump and I talked about how thick 60 year-old plantations established after 1955 fires helped drive fire behavior that contributed to a firefighter entrapment event on 2014 Beaver Fire. Watch that part of the interview here: https://youtu.be/EfhFCHl0RIY?t=100 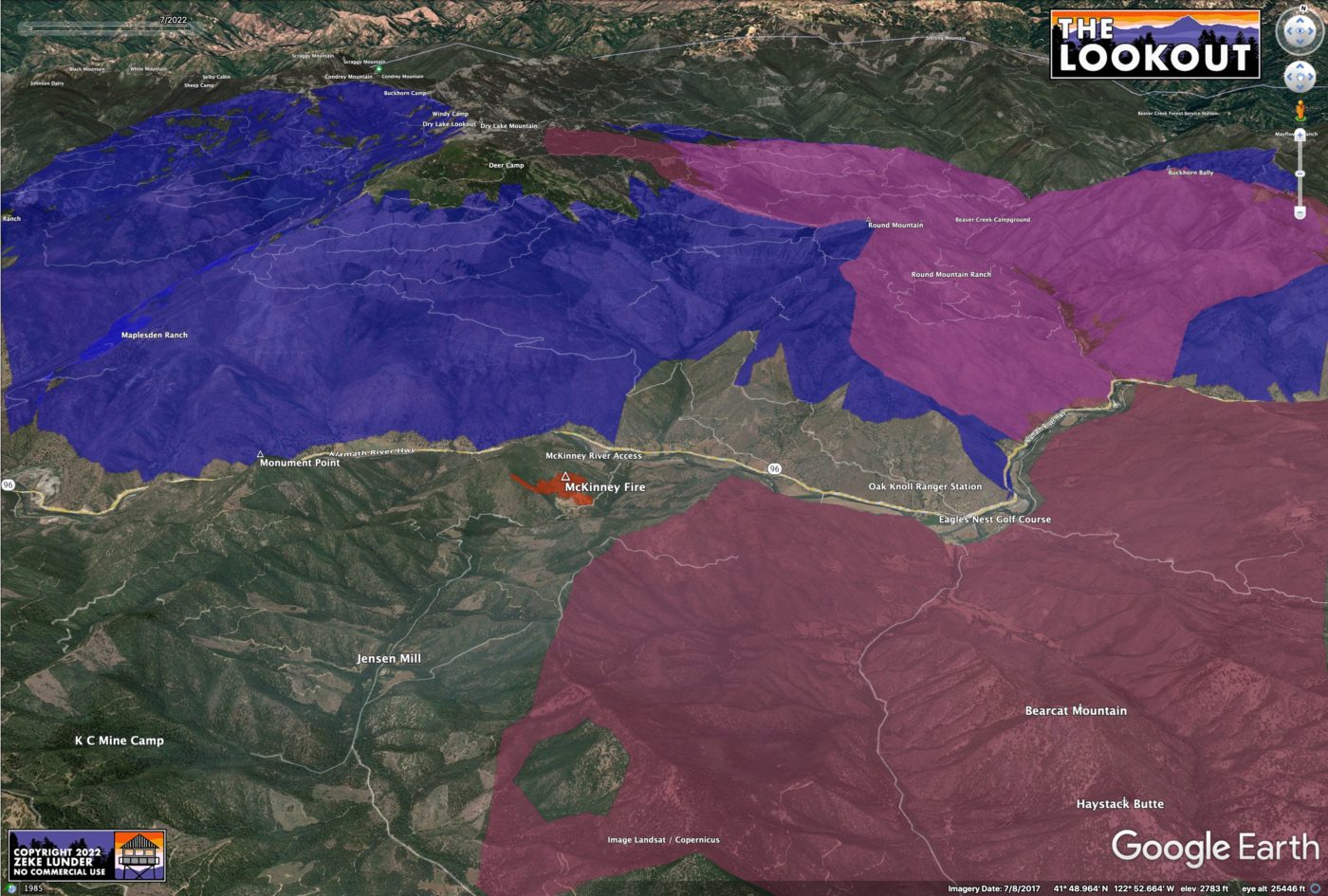 The webcams are showing a wild view of a dynamic afternoon in Siskiyou County, with the McKinney Fire putting up a stout column as virga descends in the foreground.

Around 7pm
The fire is tossing spots out 1/2 mile into clearcuts on private timberlands. Lack of shade and grass in cutblocks makes them susceptible to spot fires. While tankers can be very effective in clearcuts, these spots are under heavy smoke, out of reach of the big mud birds. 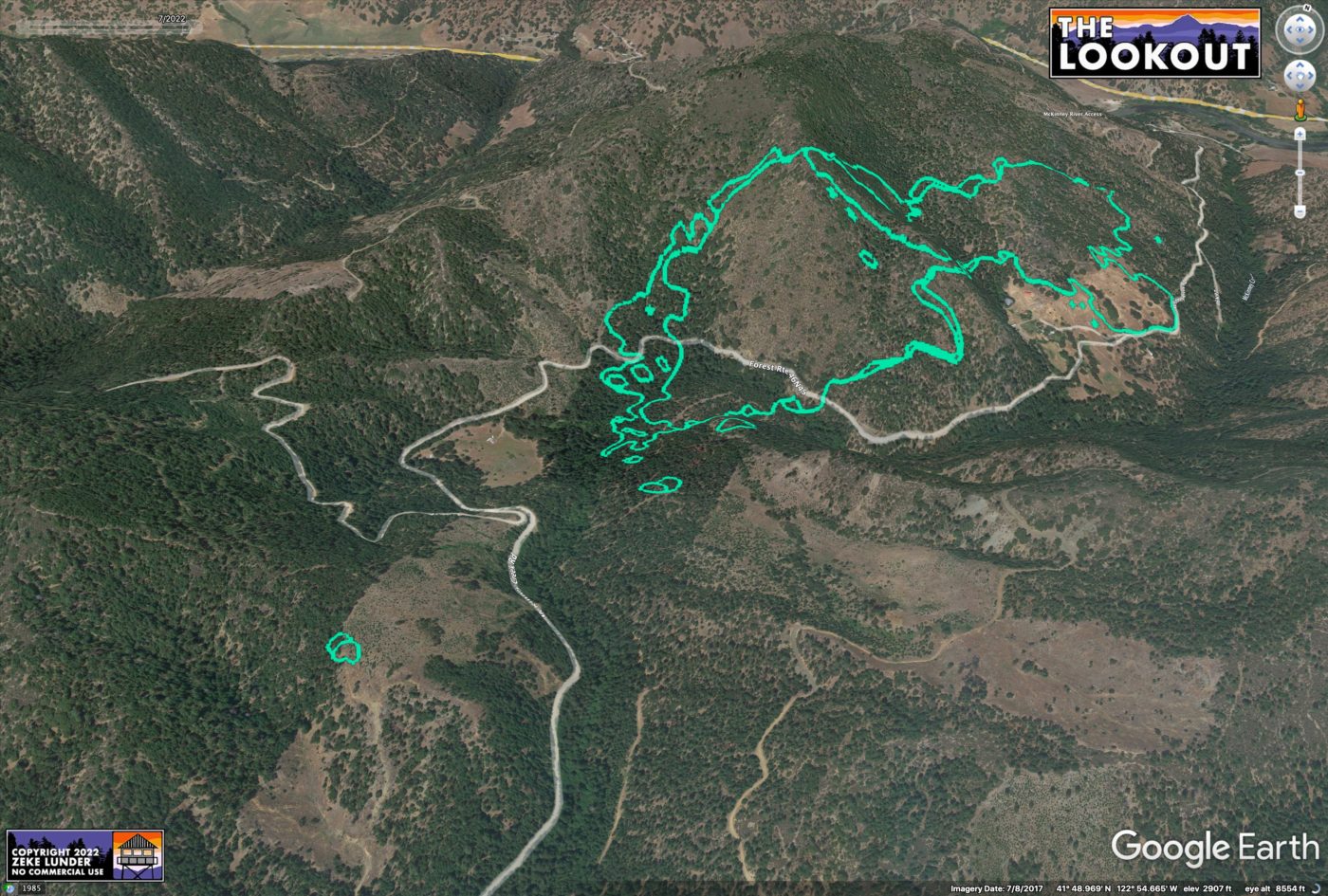 Around 7:15pm
We are seeing textbook large-fire growth on the McKinney Fire right now. The long-range spotting I just posted about is driving explosive growth on this fire. Check out how the width of the smoke column grew in past 15 minutes. This will drive more spotting, which will quickly fill in.

When fires are driven by spotting, they are very difficult to control. One of the big problems in this particular scenario is strong outflow winds from nearby storms, coupled with a tinder-dry patchwork of clearcuts downwind across landscape which hasn’t burned in a century. 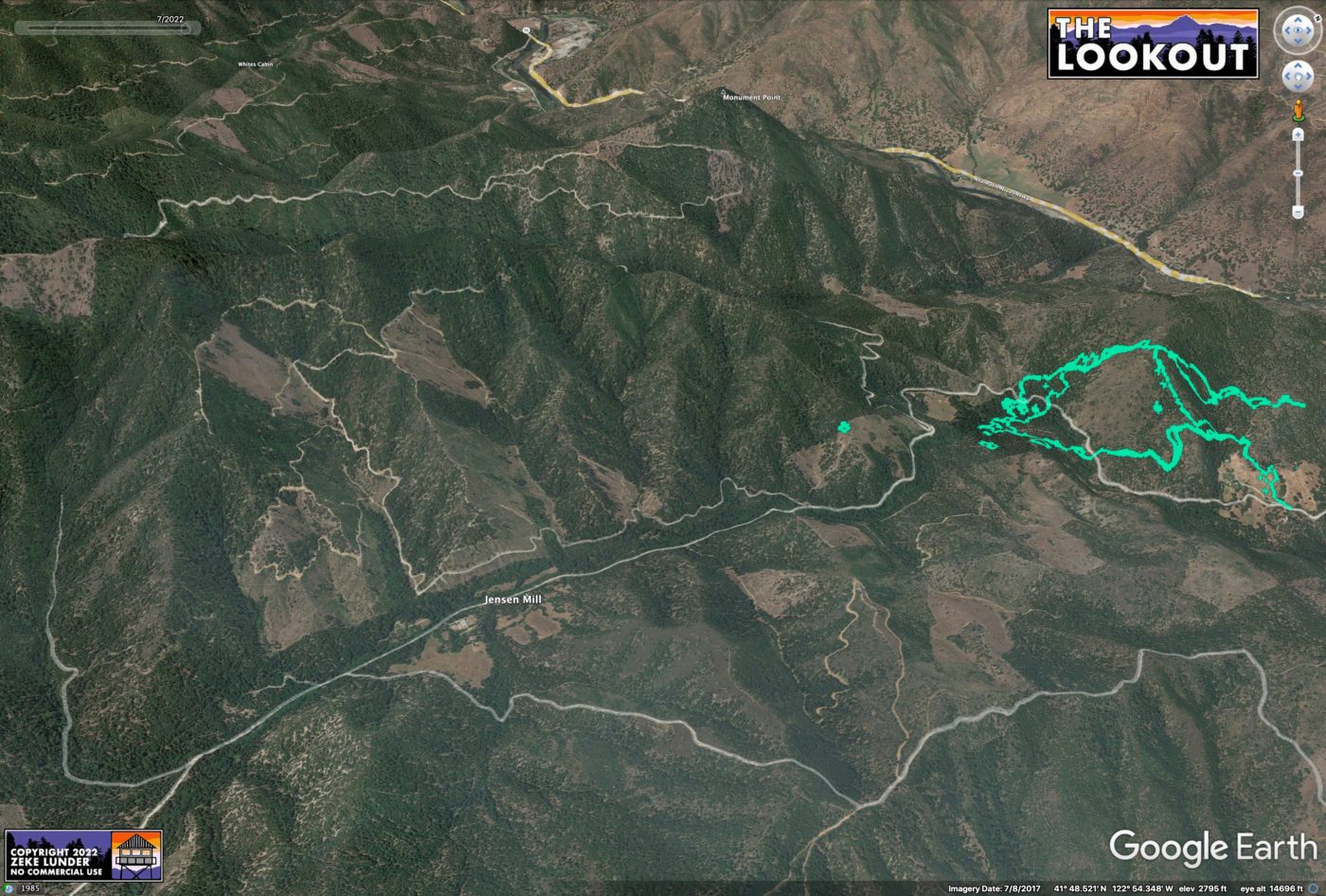 When spot fires establish on a wind-exposed slope, they often run up that slope and spot to the next ridge. It’s a game of Satanic hop-scotch. If anything, we are lucky this explosive growth isn’t happening later in the fire, when we’ve got crews working on every ridge. It’s an extremely dangerous situation. 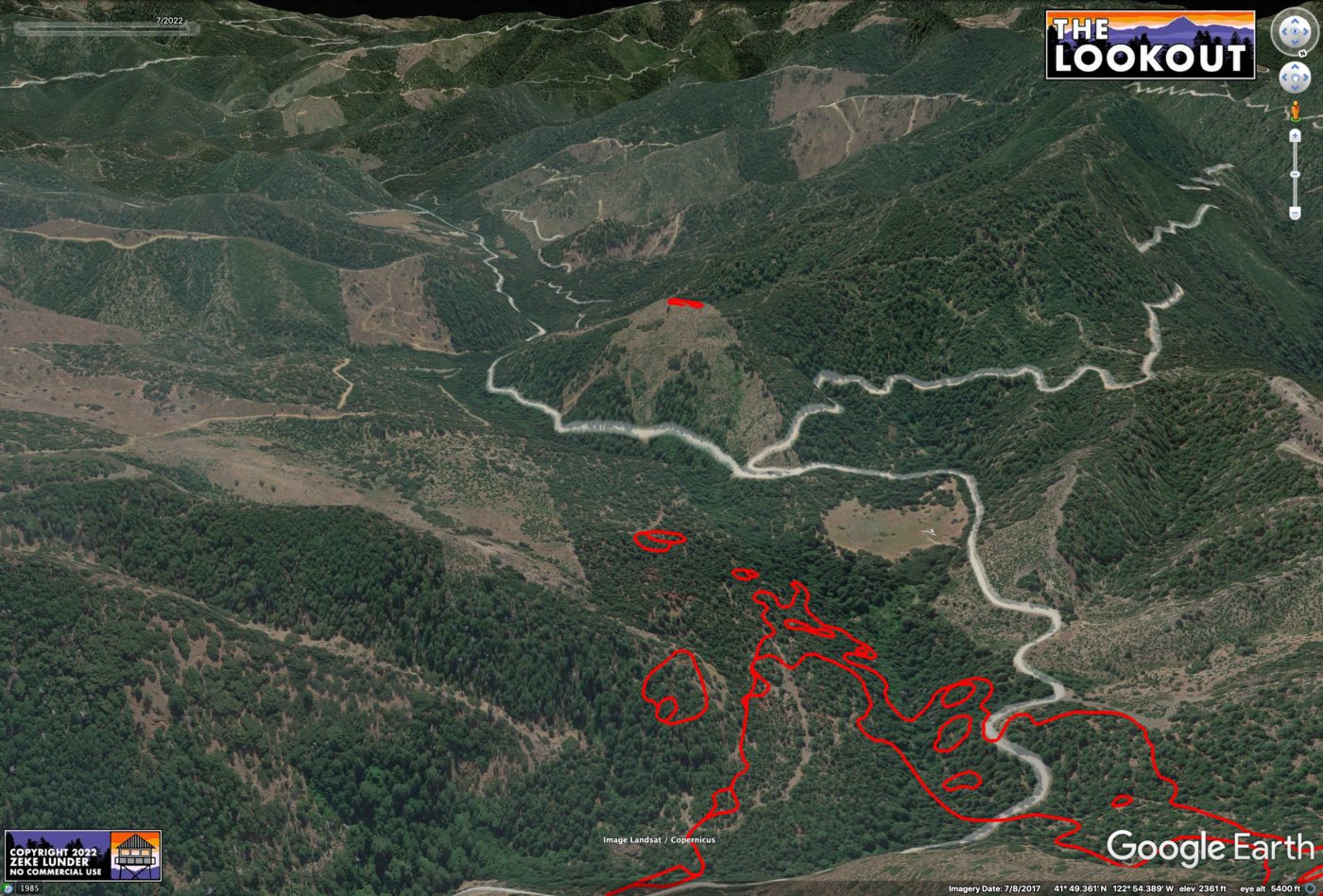 Here is growth between 7:30pm and about 8:30pm, as seen from Antelope Mountain Webcam.

The fire is bounded to north and eventually to the west by fires from past eight years (blue). To the south and east, over 200,000 acres with no large fires in recent memory. 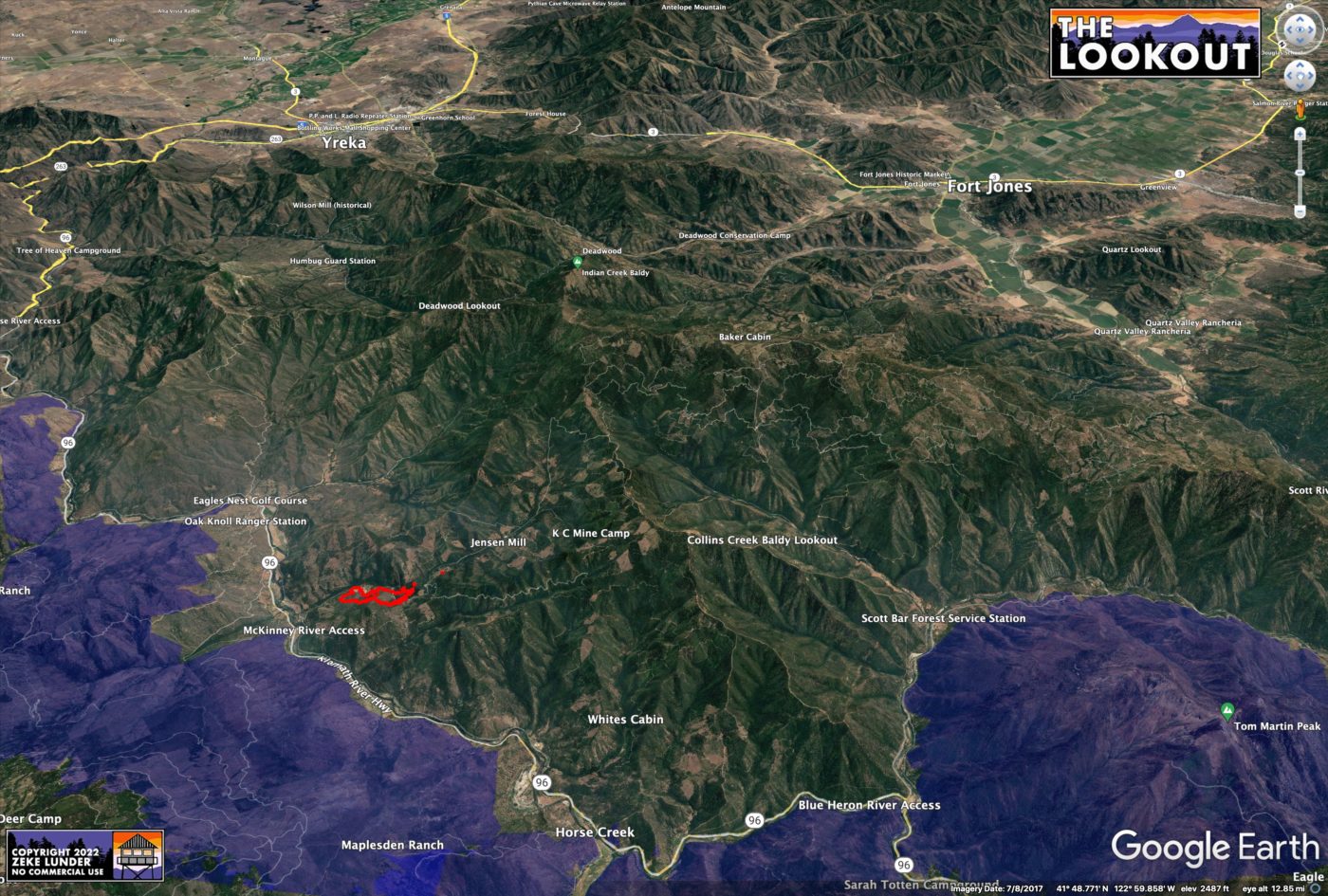 Upcoming thunderstorms and outflow winds are a wildcard, and the area may get some precipitation. The atmosphere will be extremely unstable tomorrow. 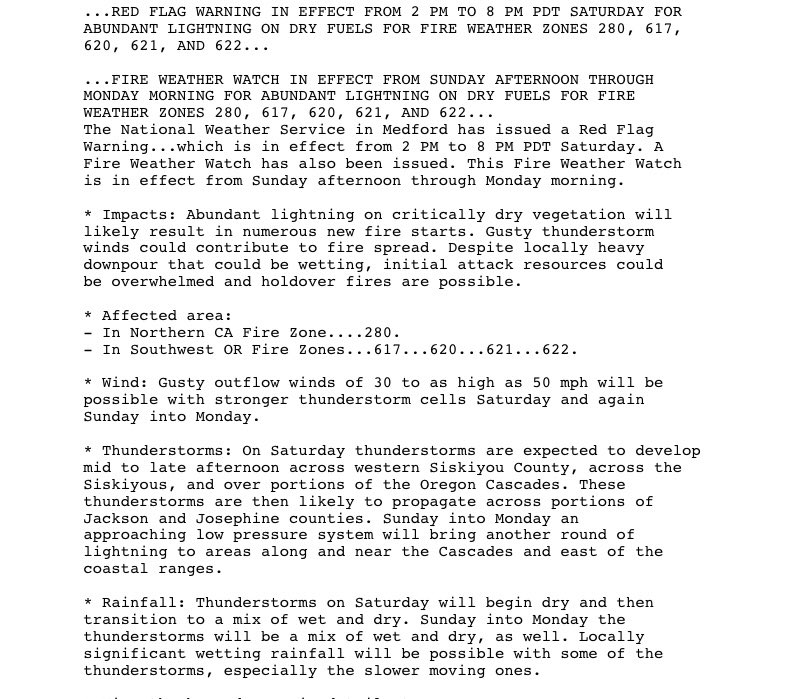