The McKinney Fire burned very actively through yesterday afternoon, growing about twenty thousand acres in 12 hours. In the afternoon, heavy smoke obscured the fire and thunderstorm outflows pushed smoke and fire in many directions.

These following maps are made with public aerial infrared mapping data from NIROPs (based at the National Fire Interagency Center, in Boise). Having free access to taxpayer-funded fire intelligence is essential, and we are grateful for all the hard work being done by the pilots, techs, and programmers who make my reporting possible. NIROPS has been using IR to map fires for decades. 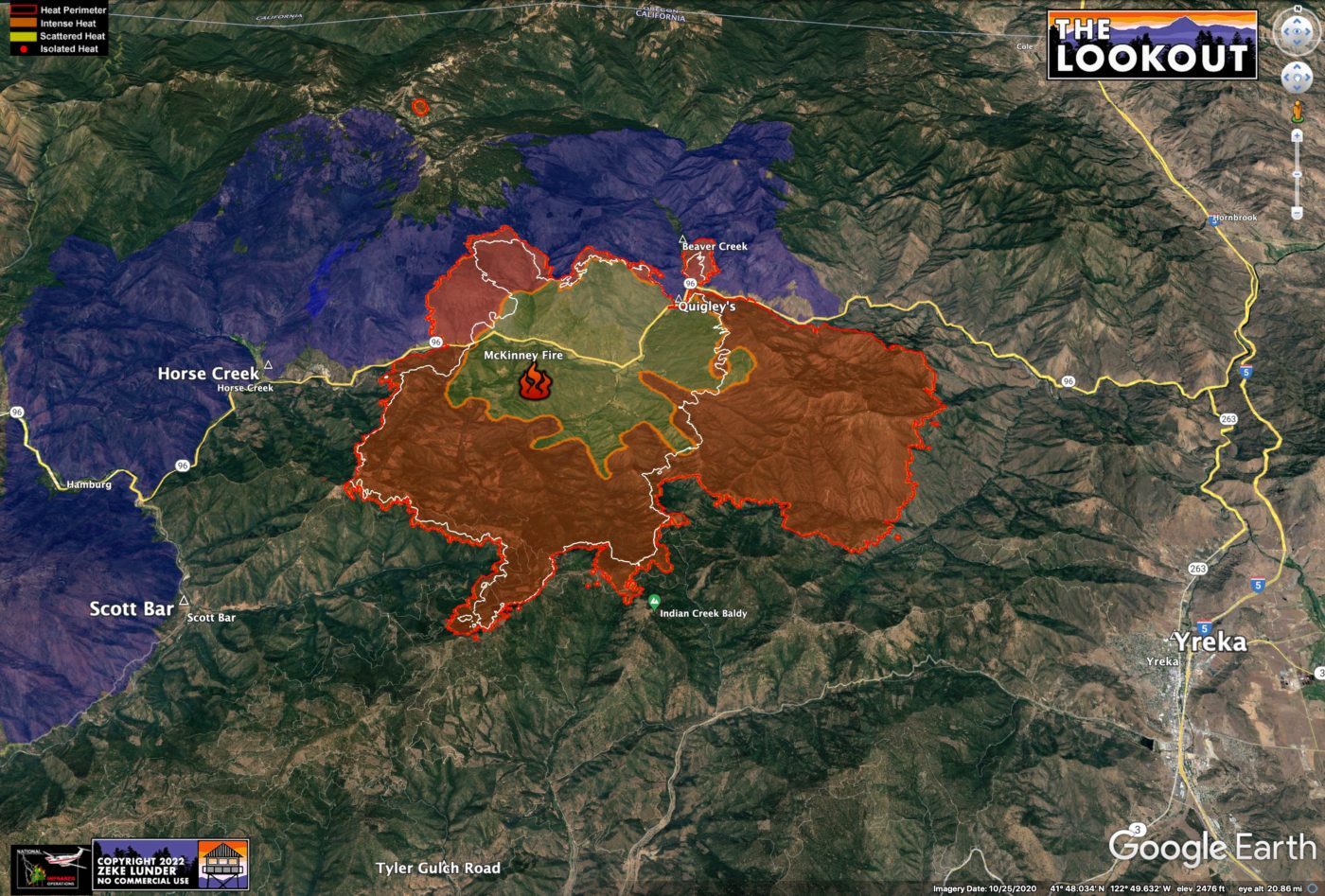 Western flank of the fire is backing toward Horse Creek. Not a lot of fire spread in Mill Creek above Scott Bar. 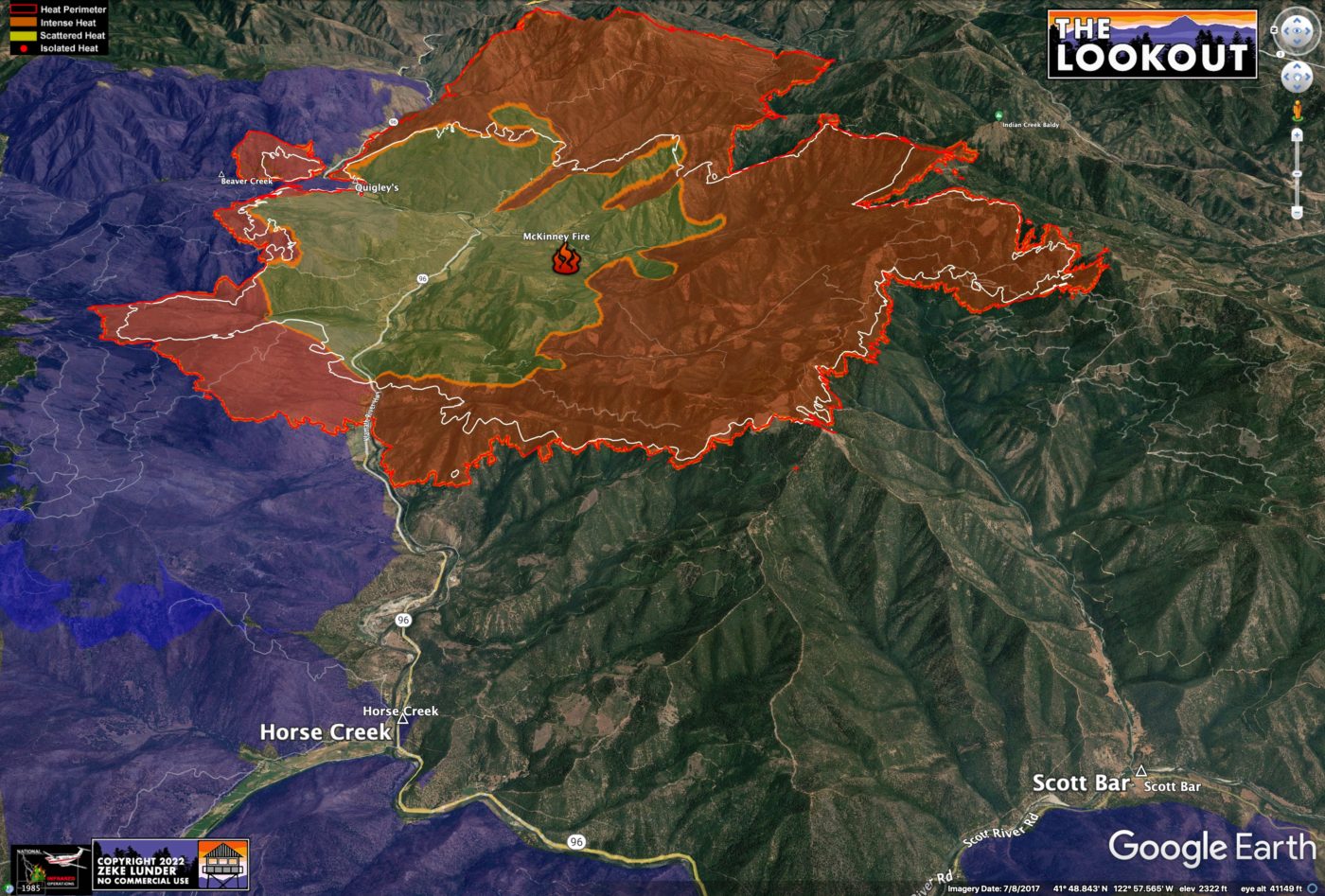 Looking southwest down the Klamath River and Highway 96. There is one good ridge system left between Yreka and the fire — highlighted in green, below. Fire was near the bottom of the canyon at the base of this ridge at midnight — it is unclear if the fire will give firefighters enough time to execute a coordinated operation to hold the fire at this ridge. Unconfirmed VIIRs data shows the fire spreading farther toward the green line by 3am. I’ll update as we get better intel. 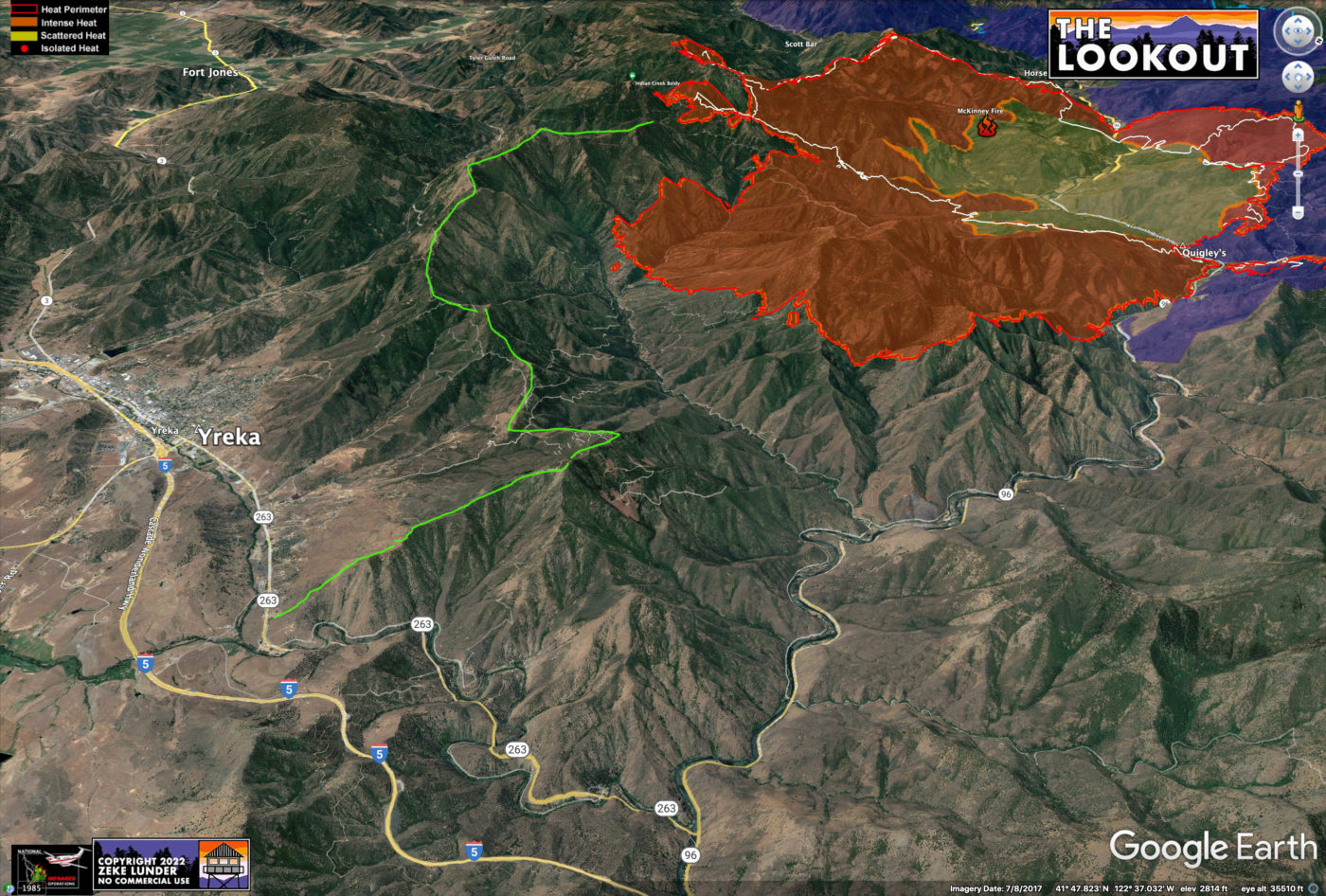 Looking north over Highway 96, the fire does not appear to have made large uphill runs in the 2014 Beaver Fire (blue). This may change if the fire spreads uphill out of the 2014 burn. The spot fire (likely a new, separate start) on Condrey Mountain was about 70 acres at midnight. 3am VIIRs satellite data shows it growing to more like 100 acres. 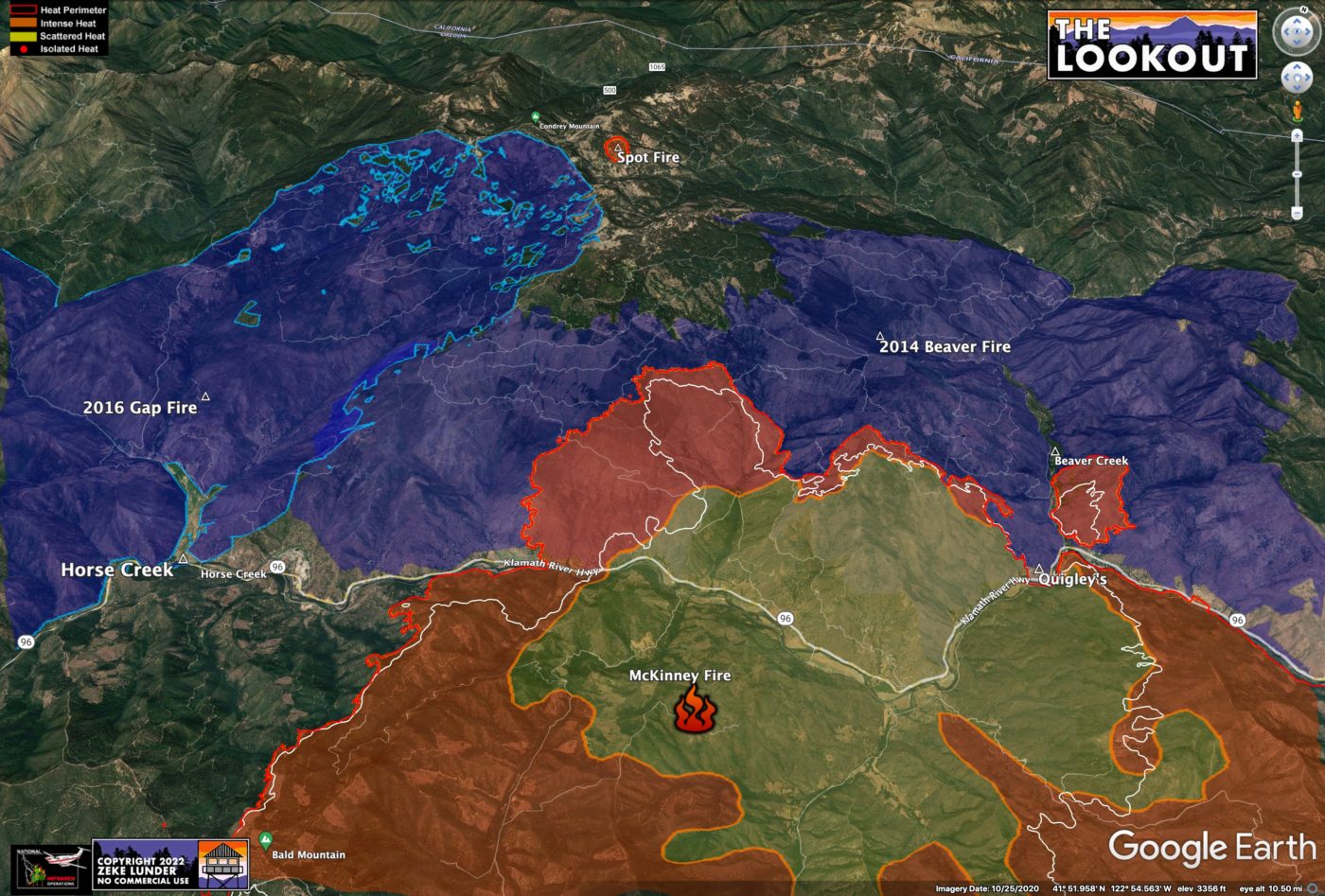 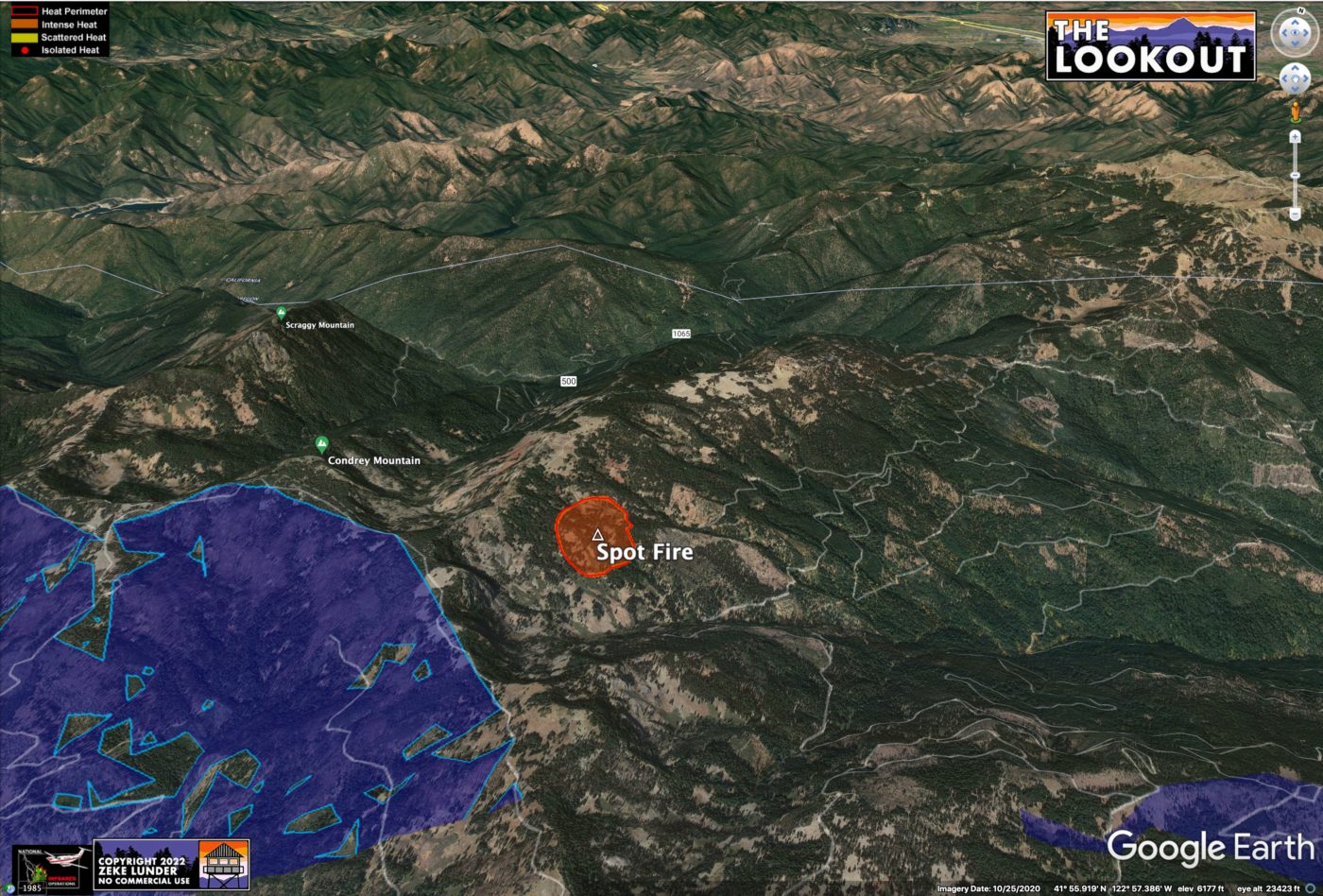 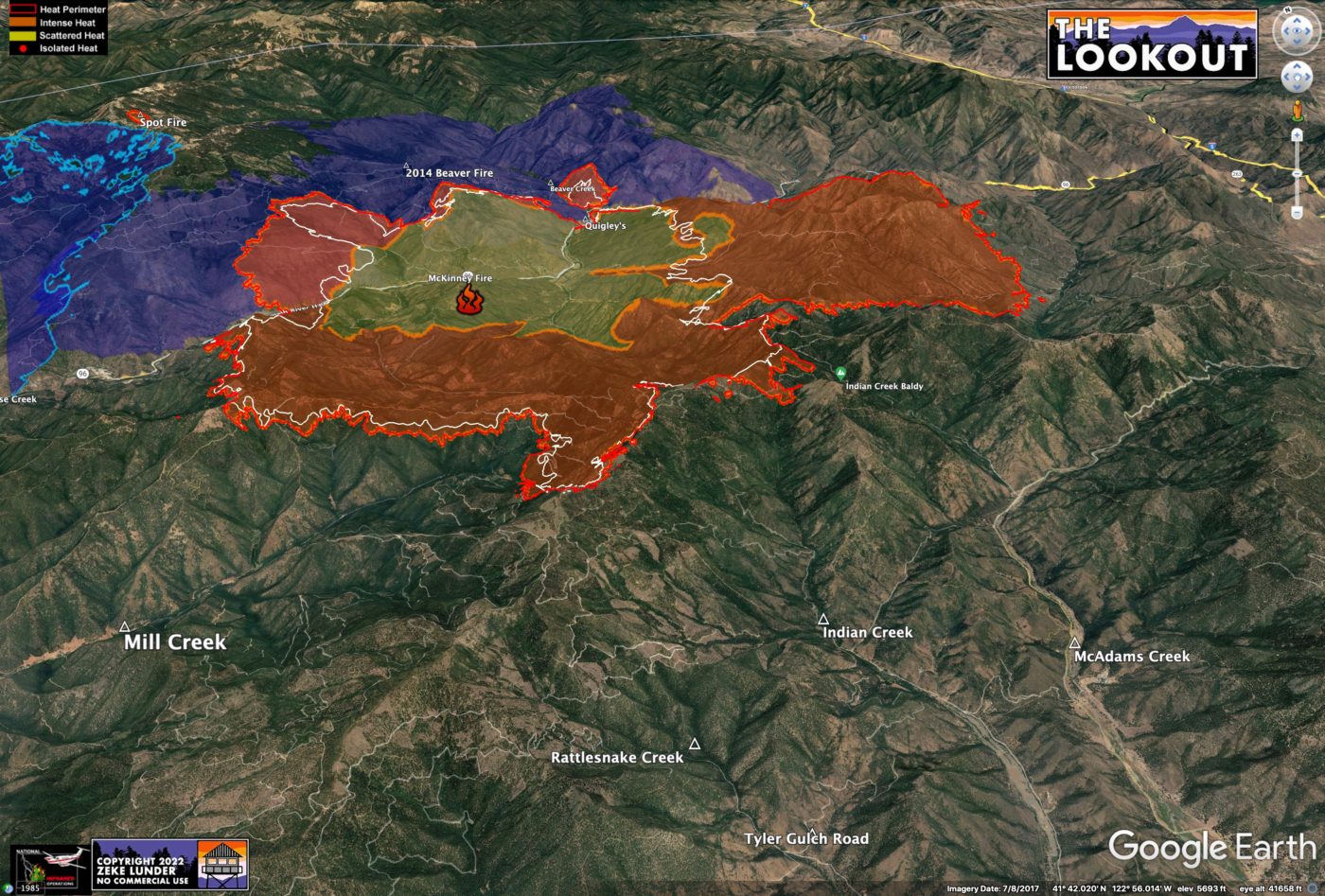 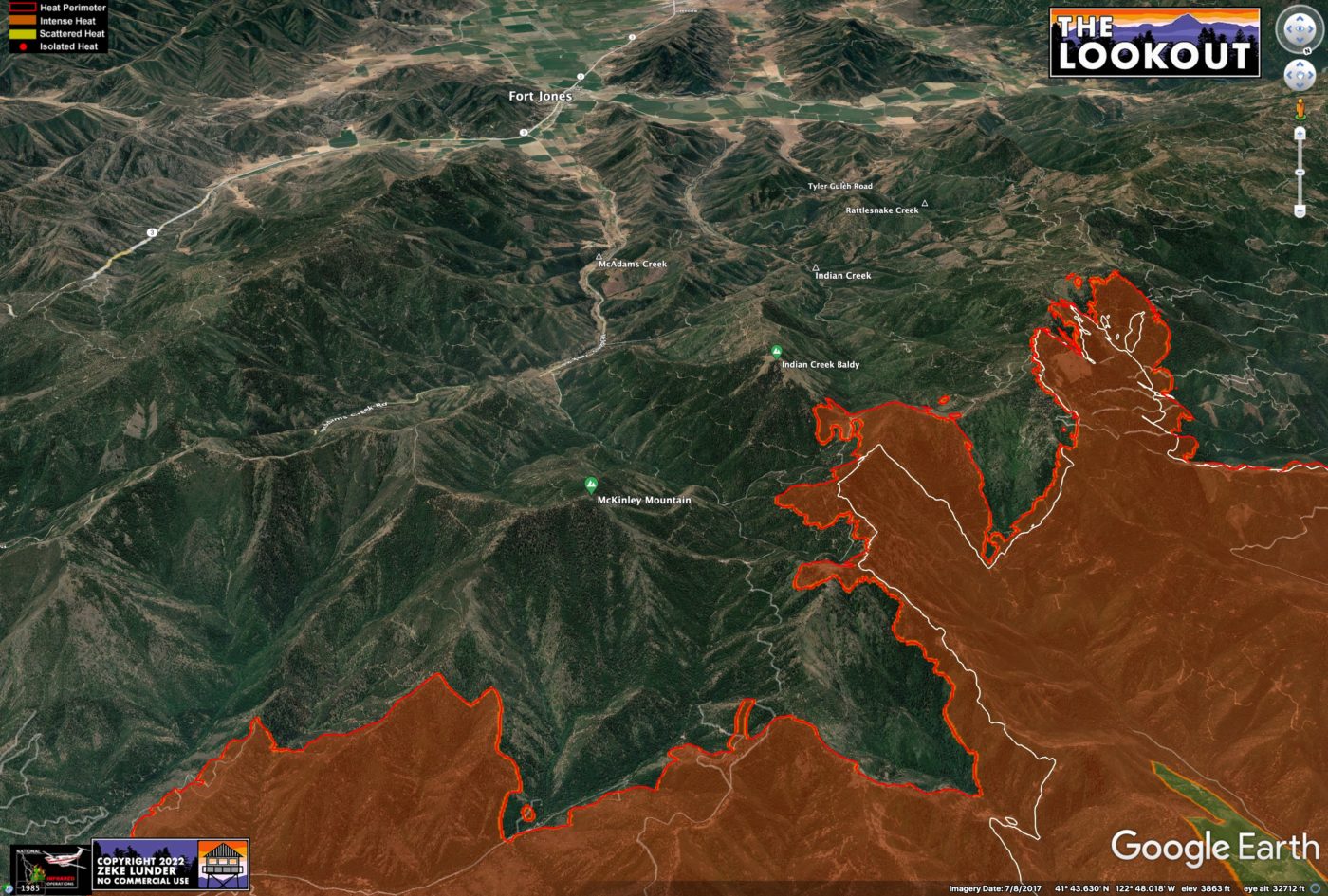 Still potential for large growth to the northeast if the fire crosses the Klamath River around Dutch Creek. VIIRs showed the fire continuing to spread down into the canyon, here. View to north. Siskiyou Summit and I-5 in center. 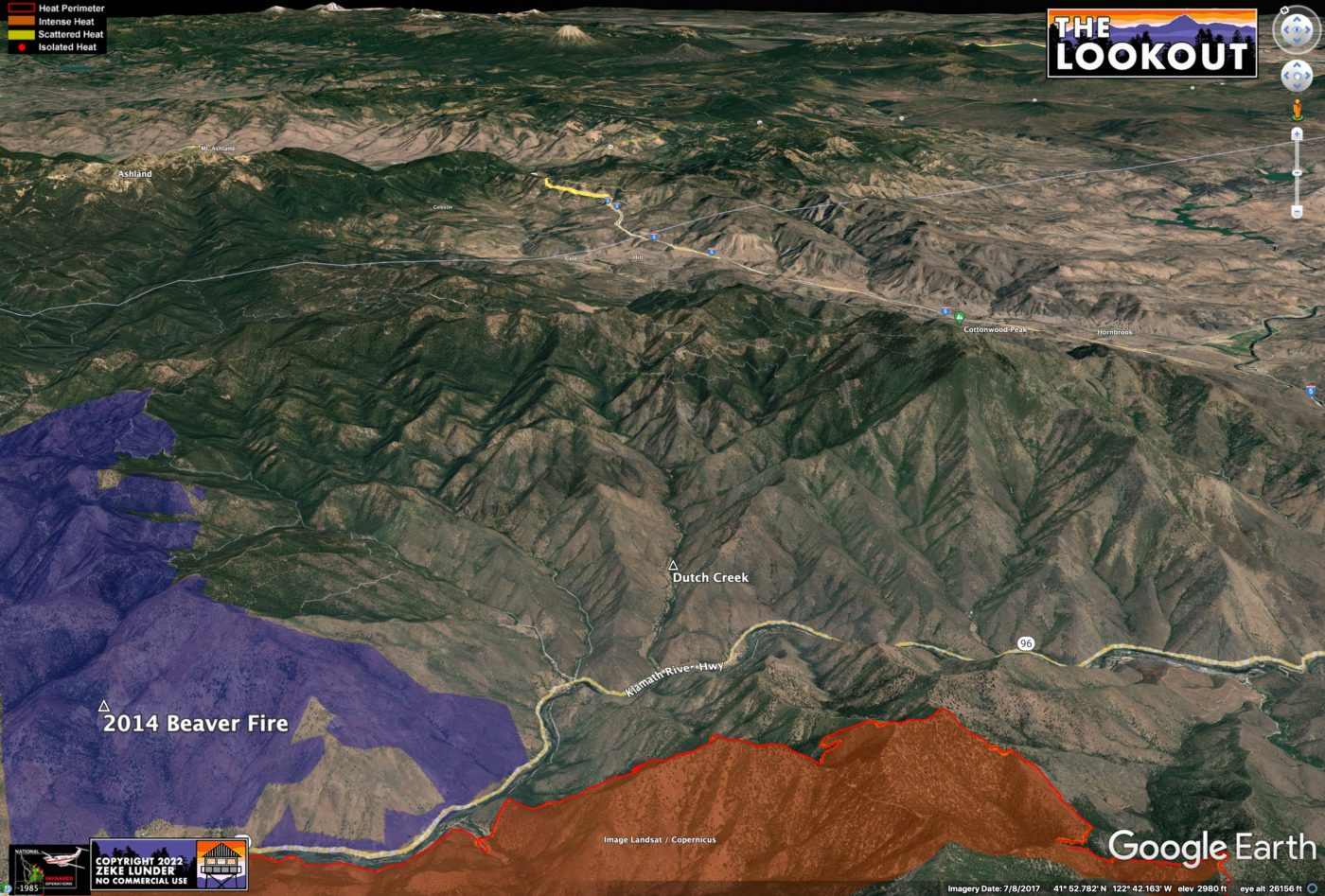 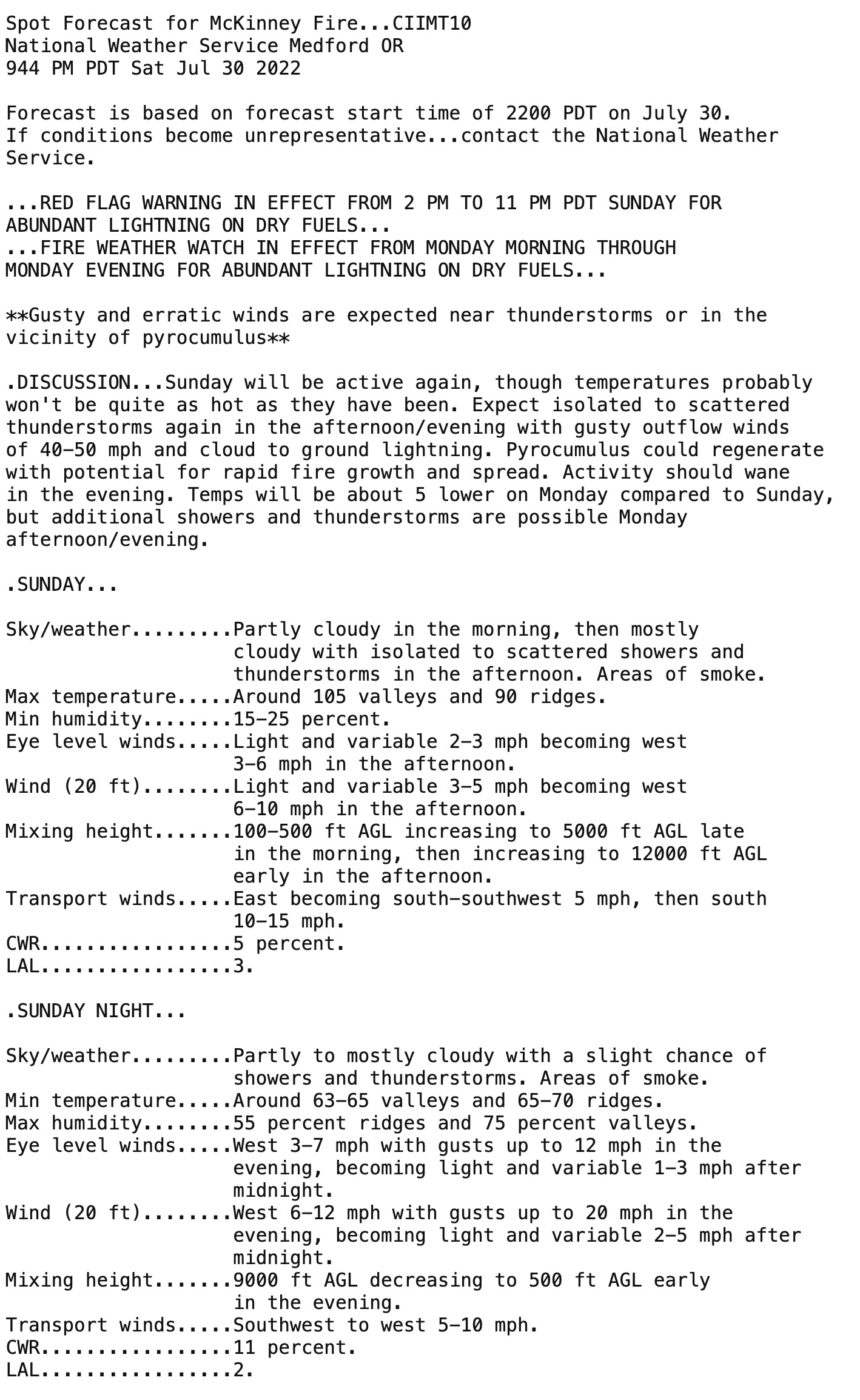 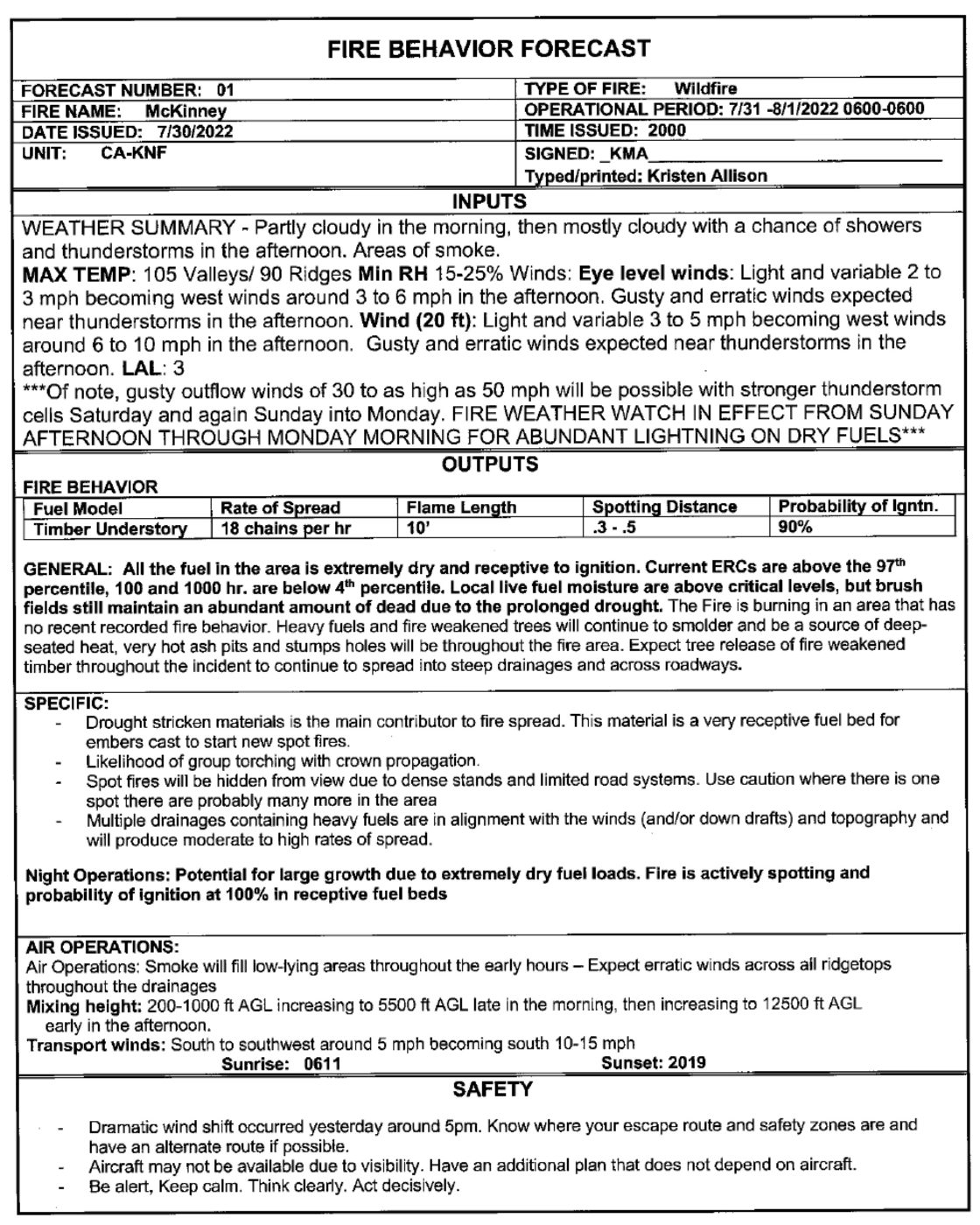