Maps and commentary by Zeke Lunder

This afternoon’s explosive growth, as of 4:45pm, was toward the east and southeast, and the SE spread mainly stayed in the canyon, not spreading significantly onto ridgetop. The fire was still east of Volcanoville Road between Mount Hope and the powerlines, shown in green.Past the powerlines to the south, the fire had crossed Volcanoville Road.

As of 4:45, the north flank appeared to be largely holding along Chicken-Hawk Ridge. 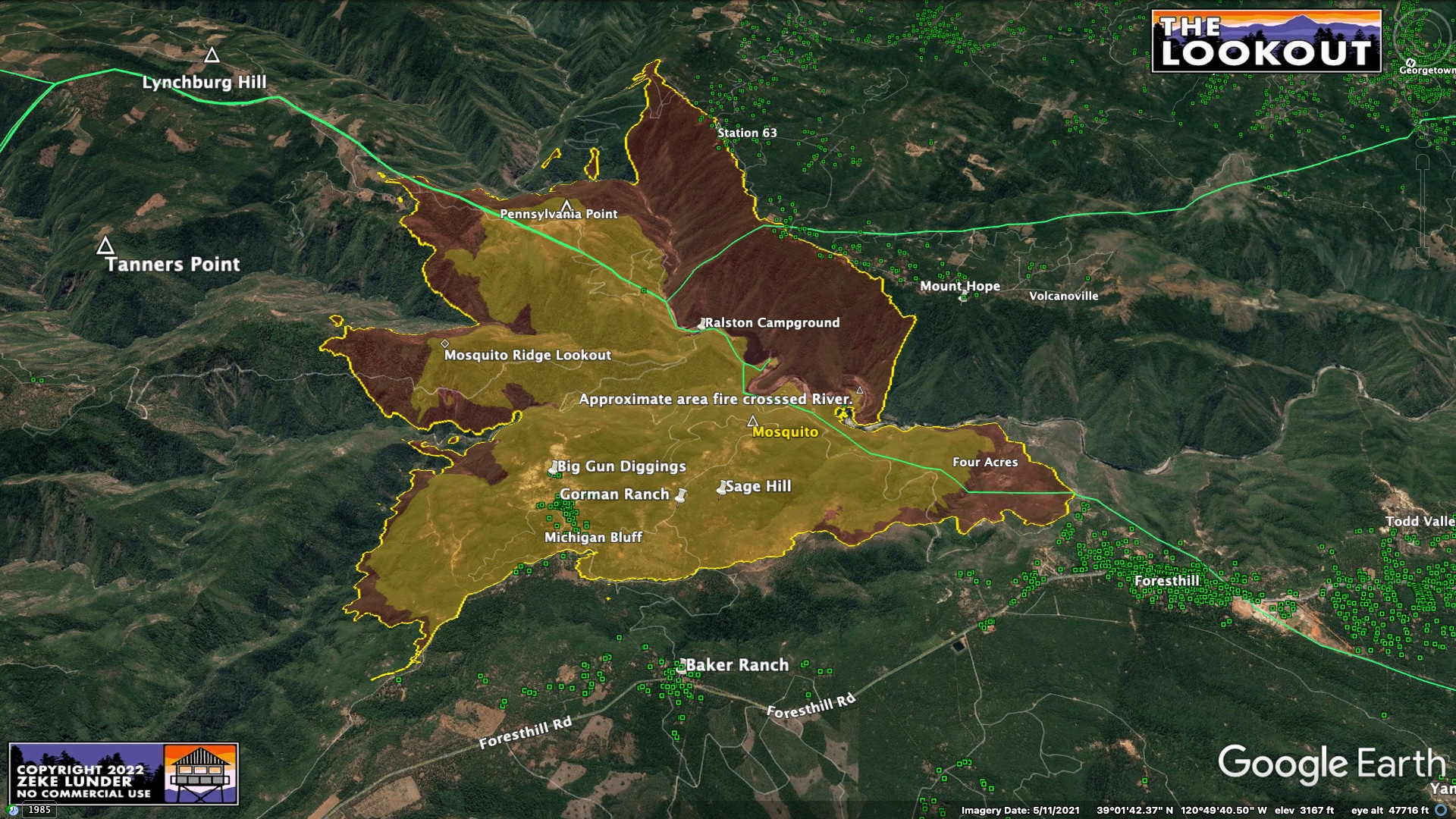 Looking west over Volcanoville Road and the Rubicon River. Fire pushed hard toward the southeast in this view, which looks downriver.

A wider view to the NW. 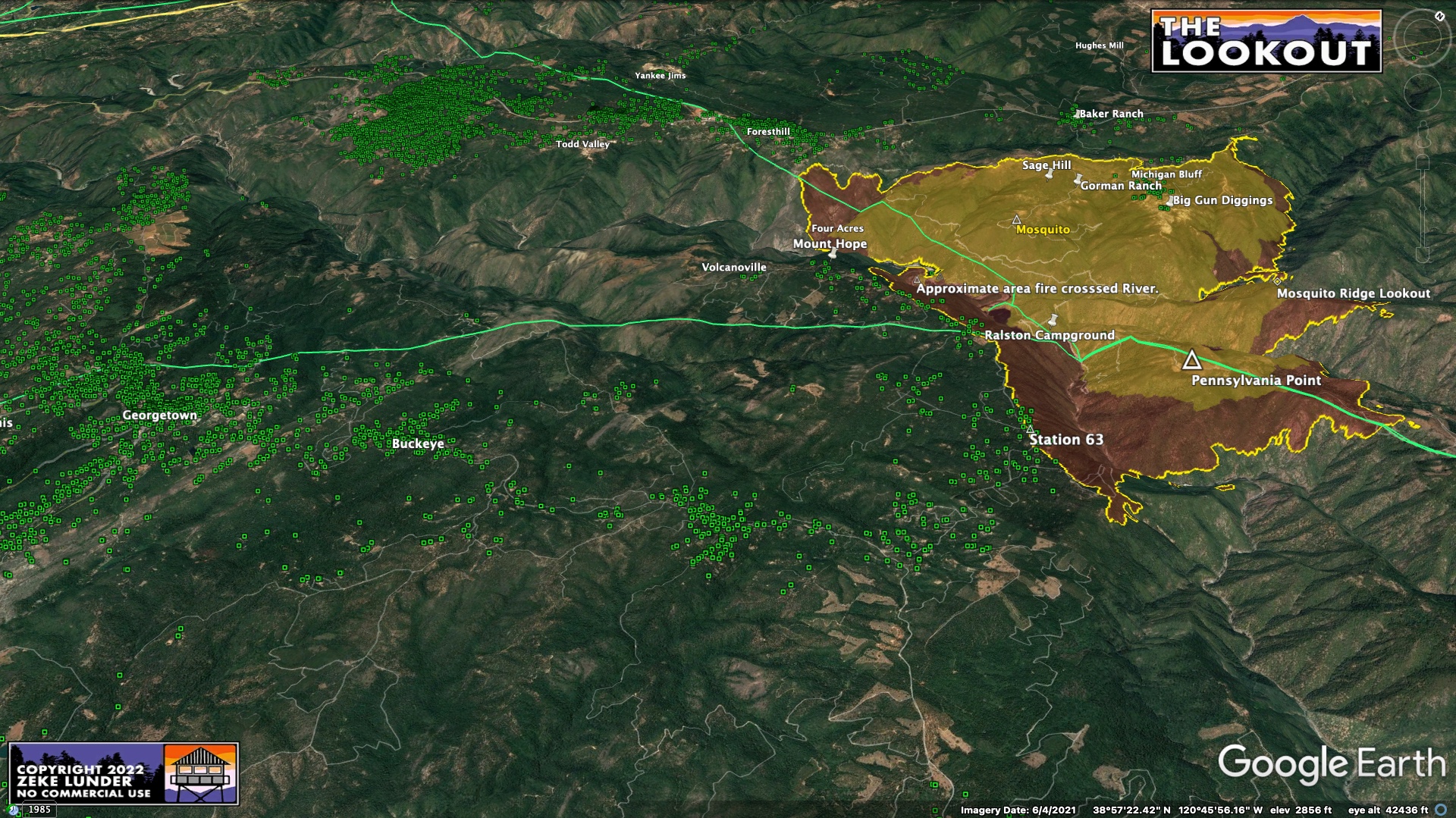 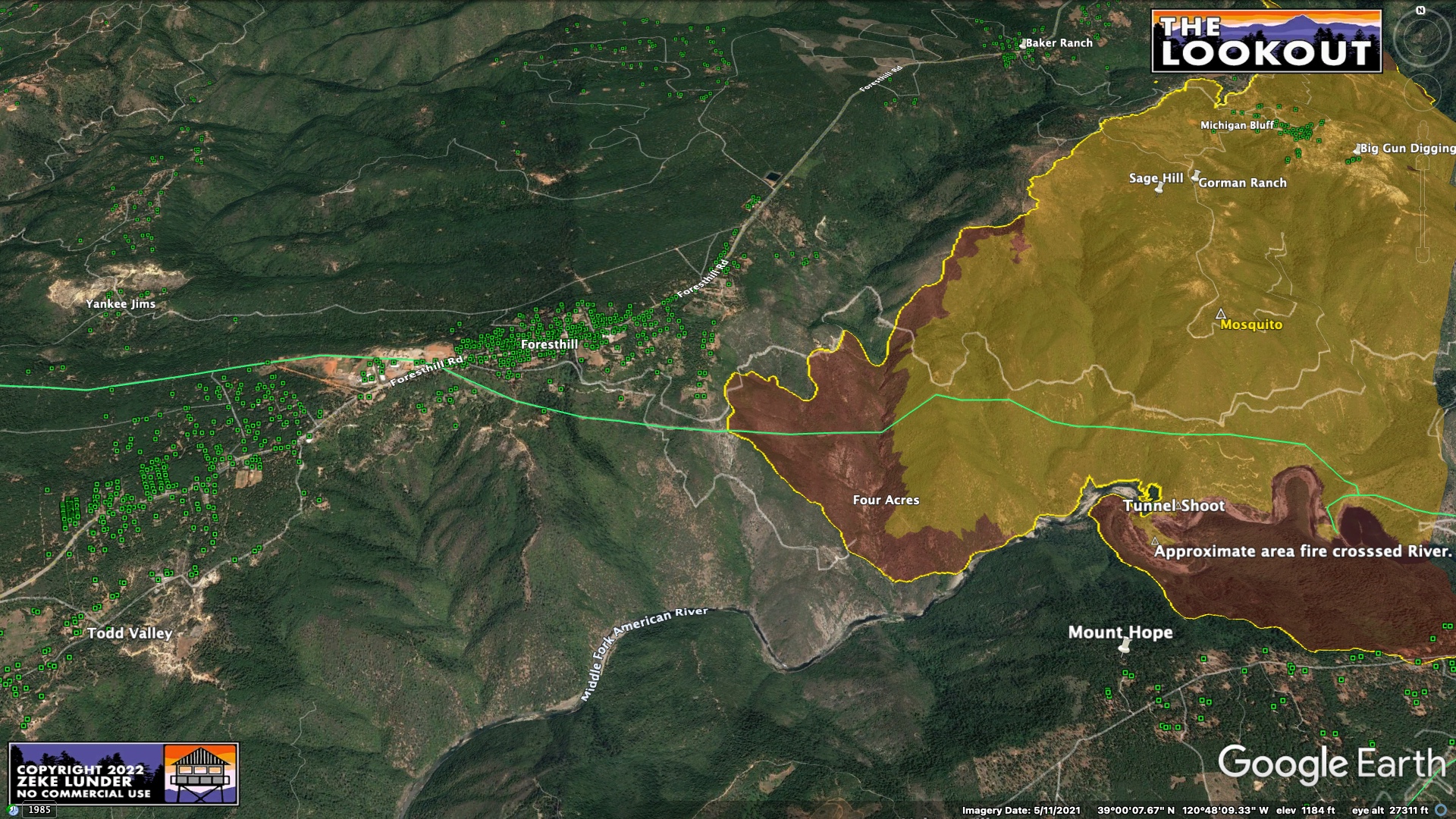 As of 1:30pm, air-attack is saying the fire HAS crossed the river to the south, into El Dorado County,

The map below was captured at 12:45, right before the fire crossed the Middle Fork or Rubicon Rivers to the south. View below is to the east, upriver. 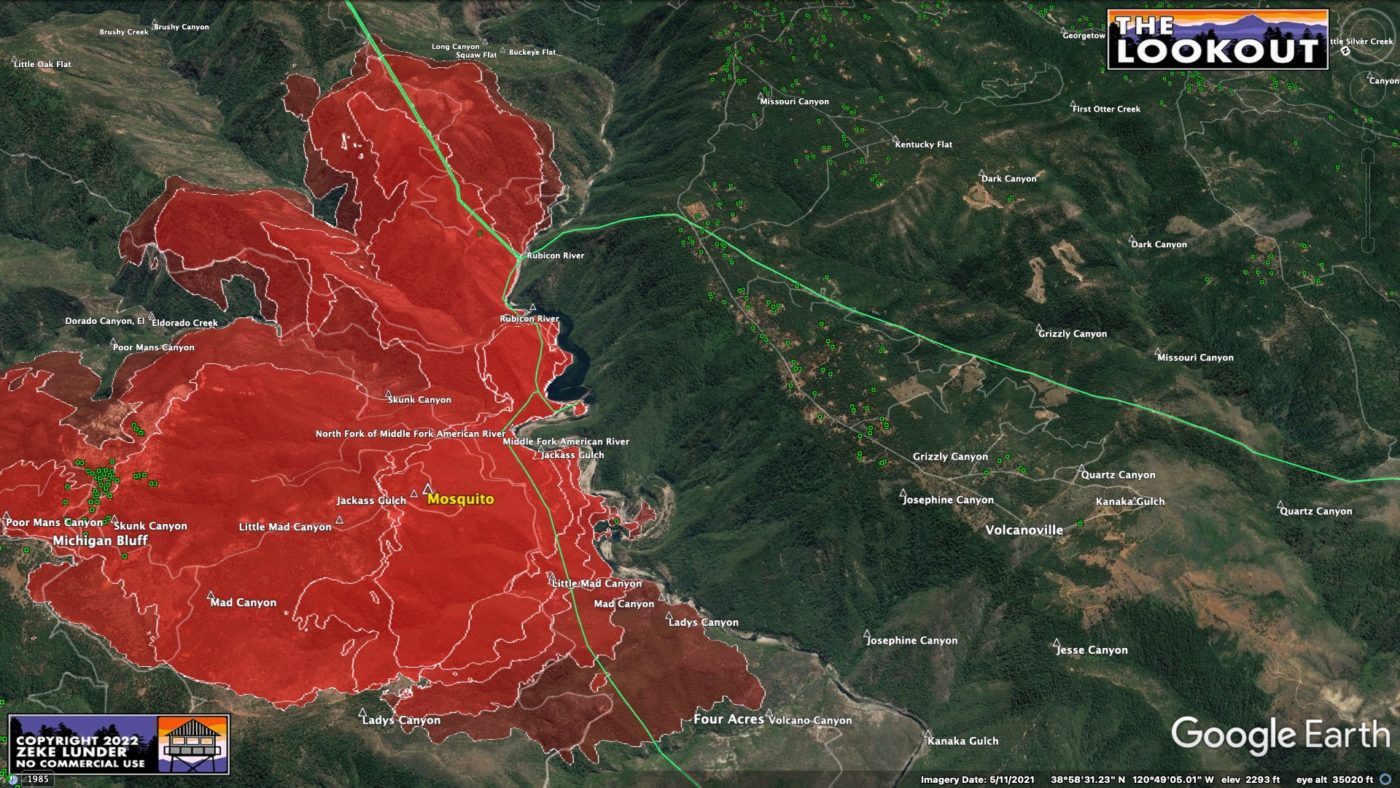 The fire has spread into Volcano Canyon, about 1.5 miles east of Foresthill. 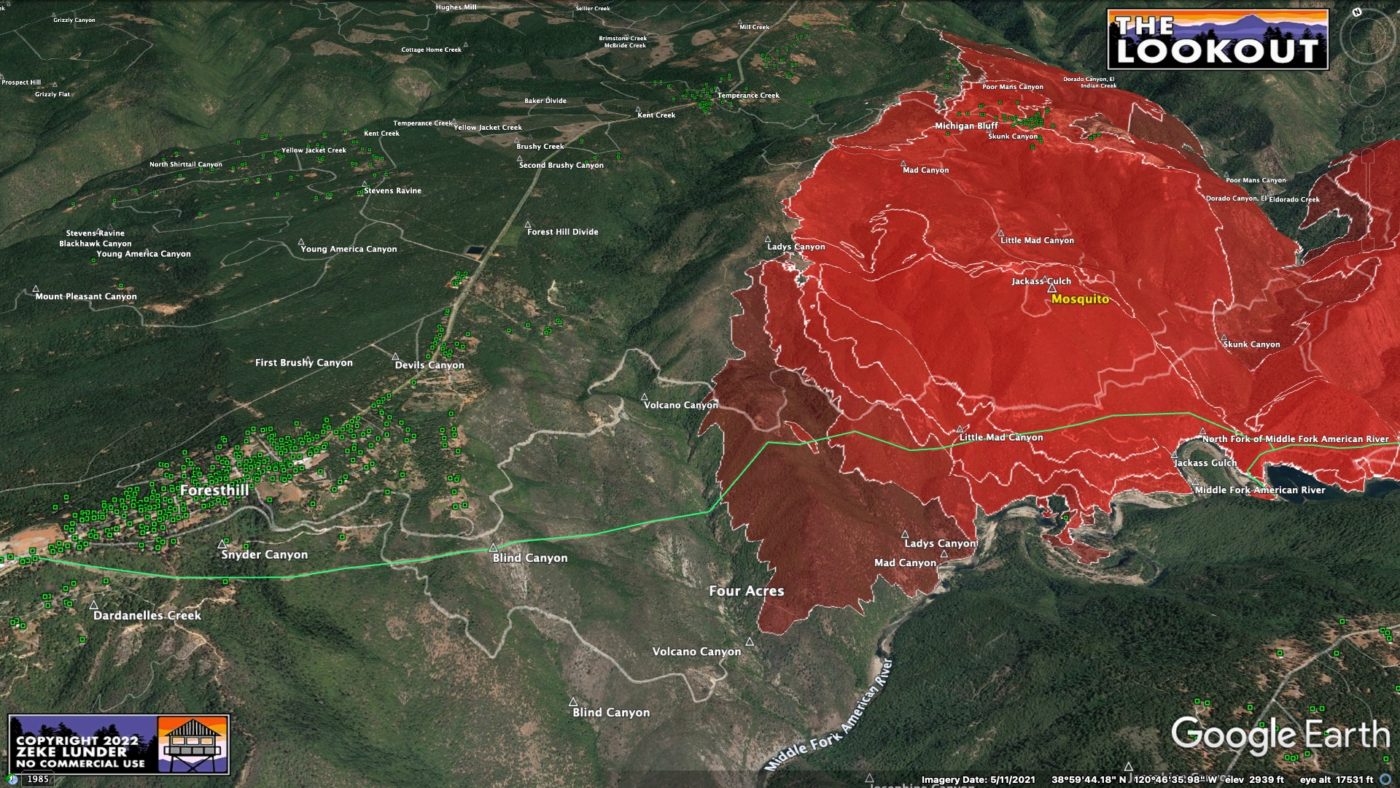 The fire was mainly still south of Chicken-Hawk Road, but had slopped over at Michigan Bluff. 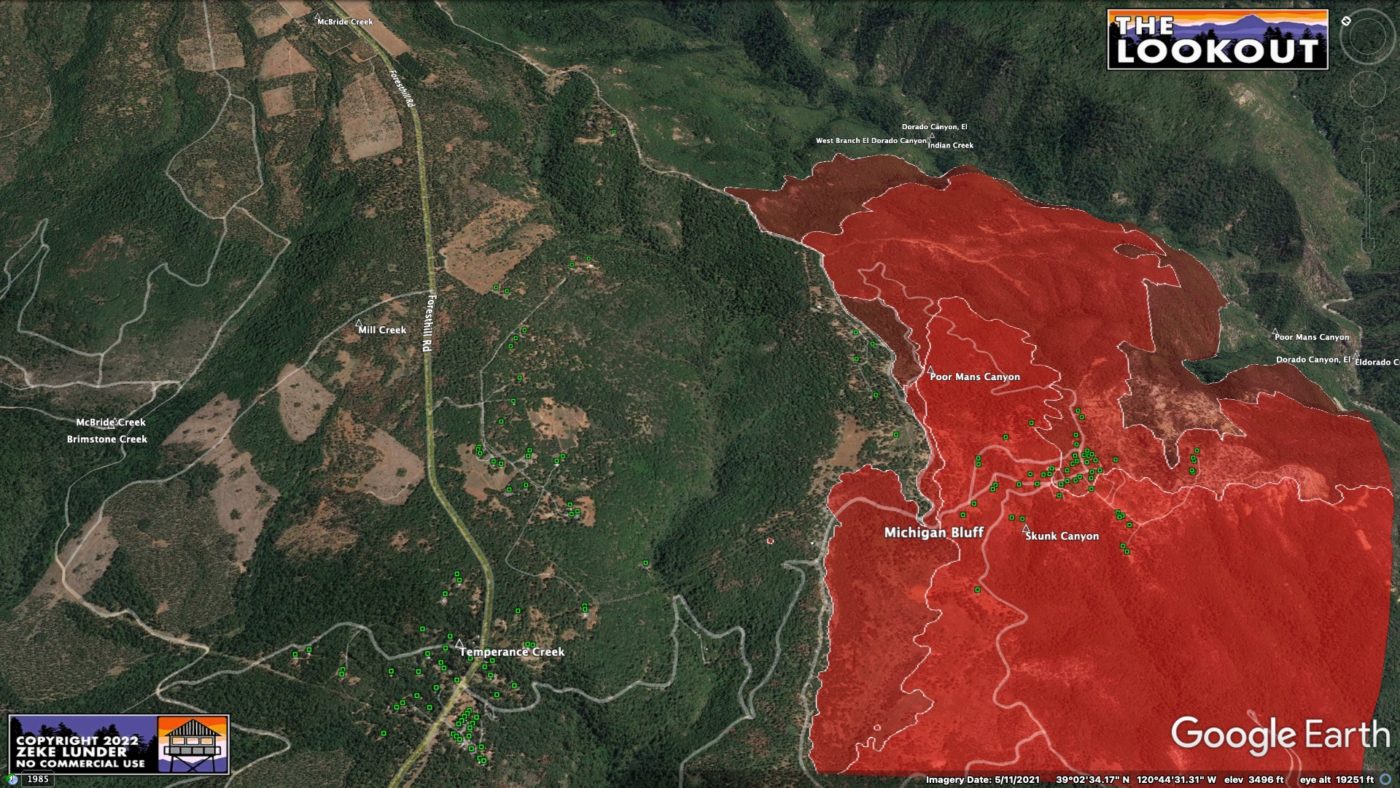 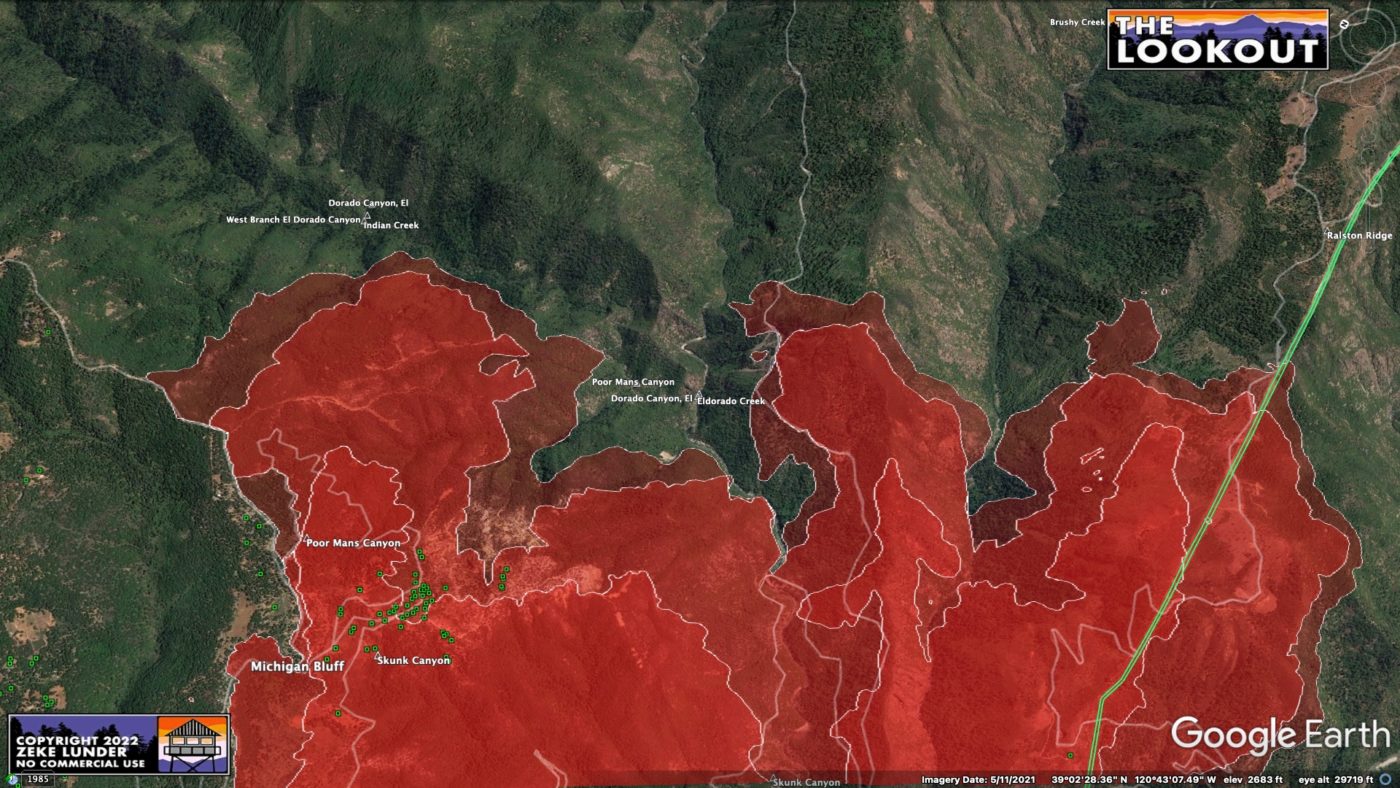 EARLIER MAPS – from 3am FIRIS mapping – By Ryan Cowper Stephens. 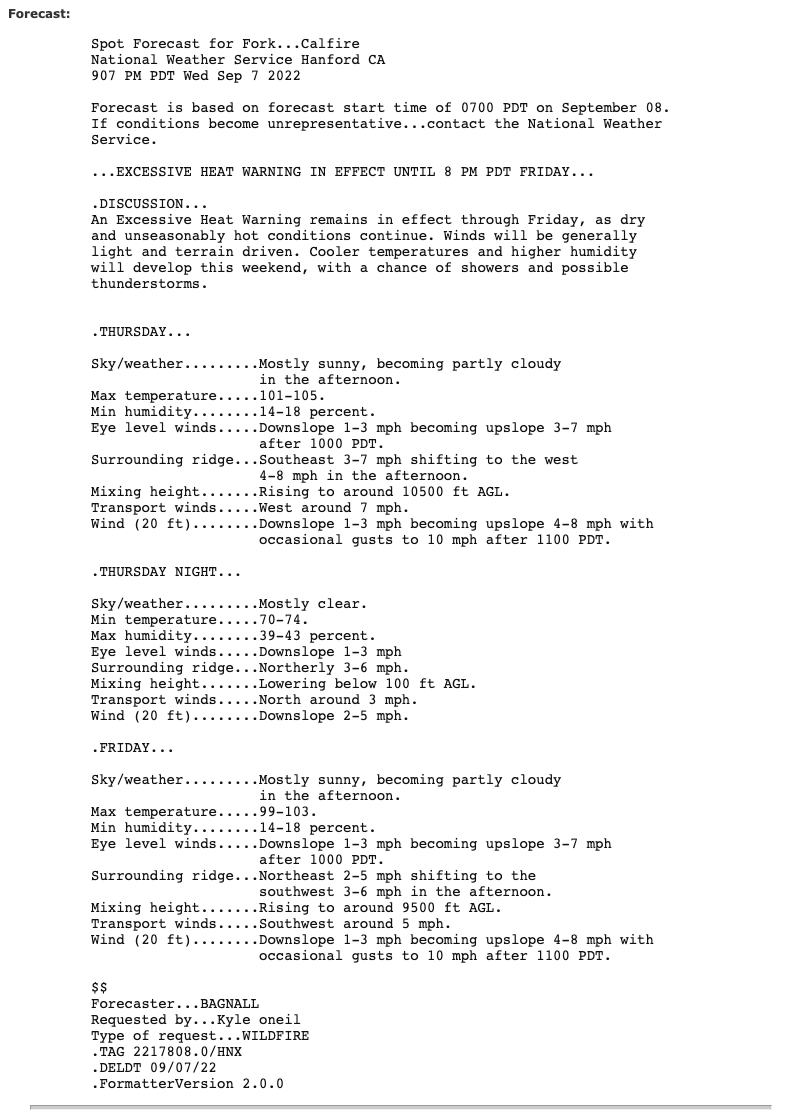 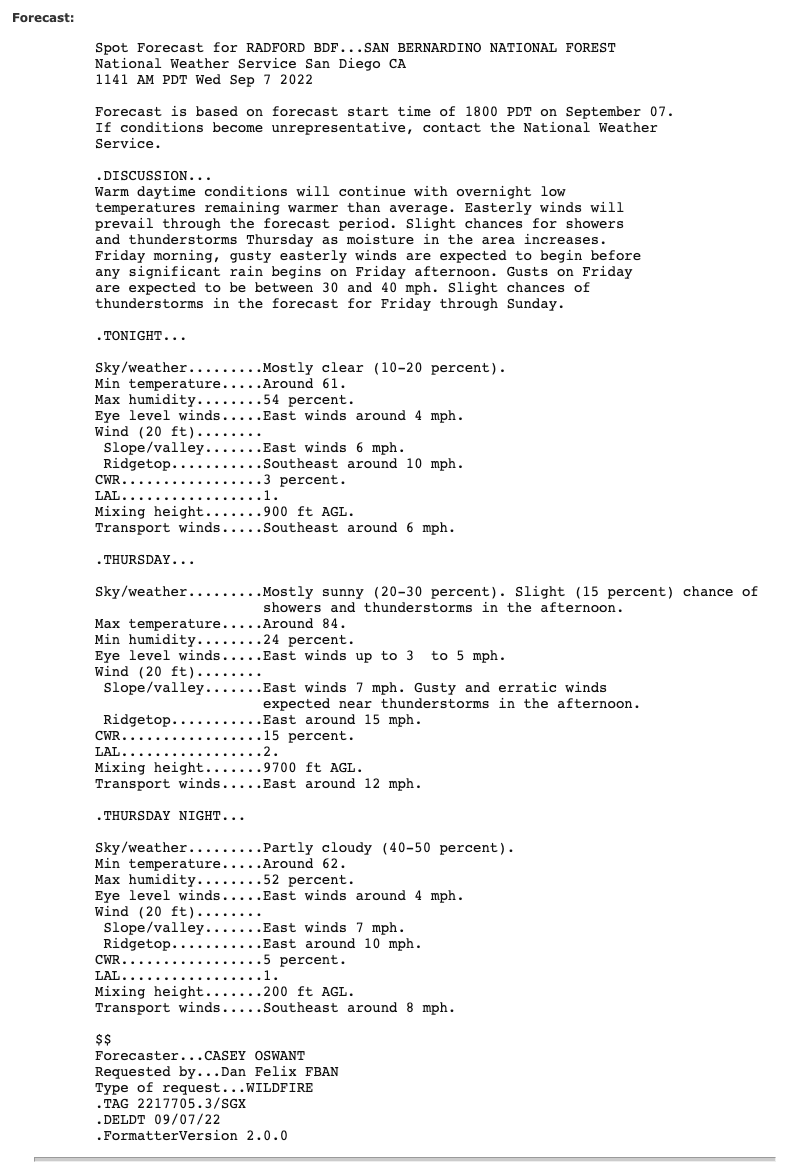 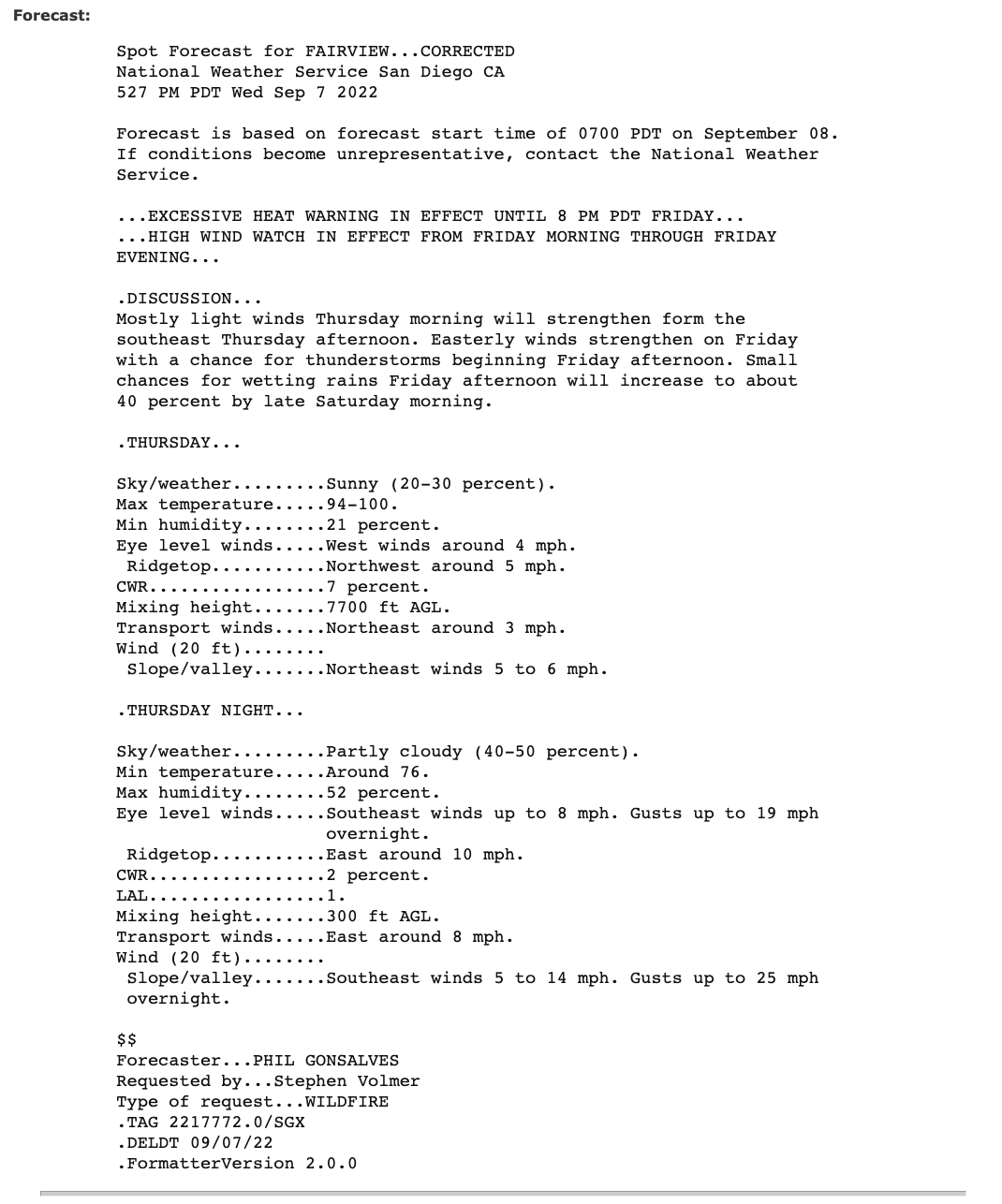