MAP KEY:
RED perimeter to YELLOW perimeter is about 12 hours fire growth between 11pm last night and 1030 am today.
GREEN boxes are structures

September 9th, 7 am: The fire made big moves yesterday. Most notably, jumping the American River and running up to the top of the canyon at Volcanoville Road. The fire also moved further northeast along the east side of Chickenhawk Road and established deeper into the El Dorado Canyon. In the southeast, the fire made a huge leap, nearly reaching Quintette. 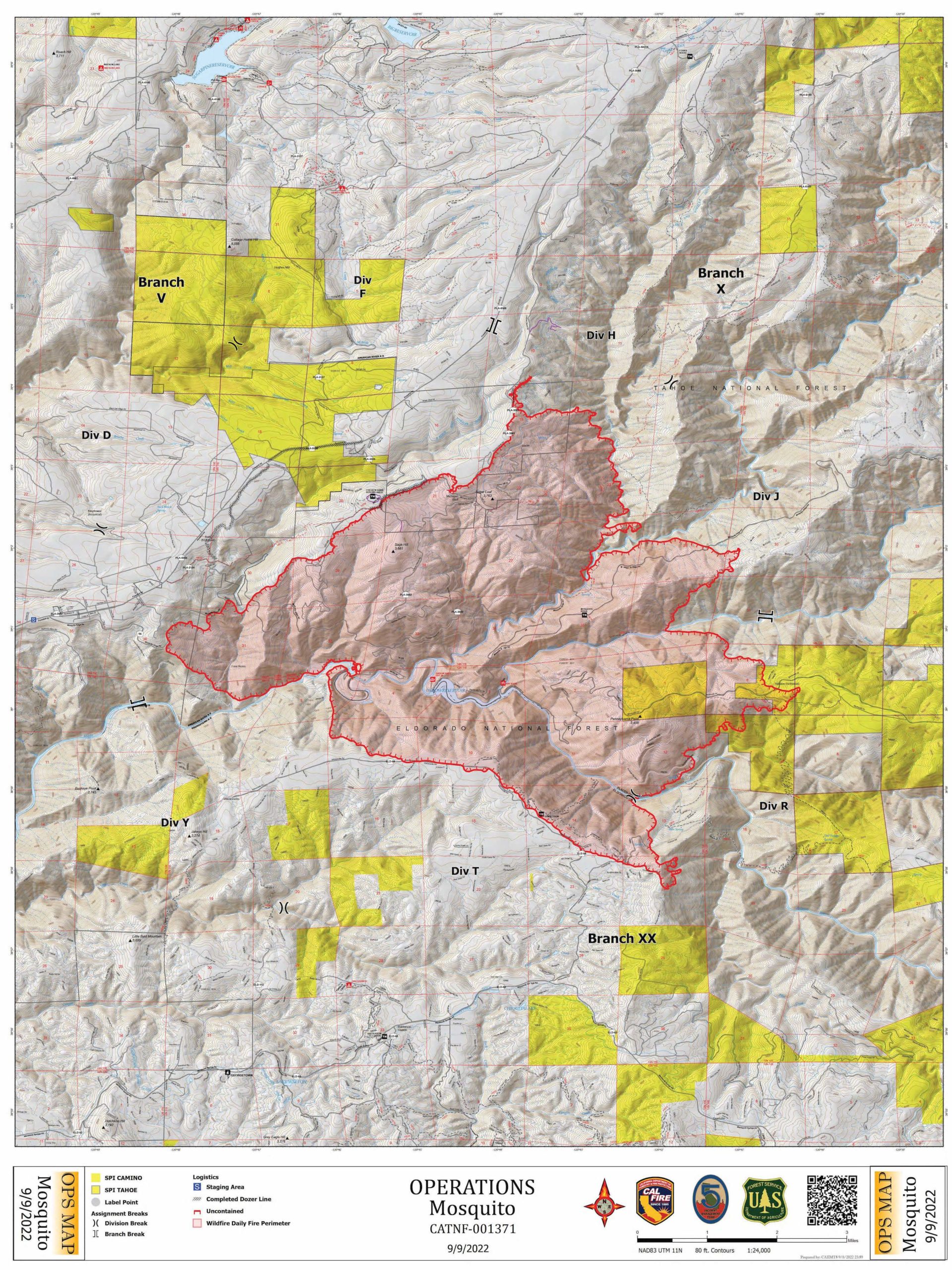 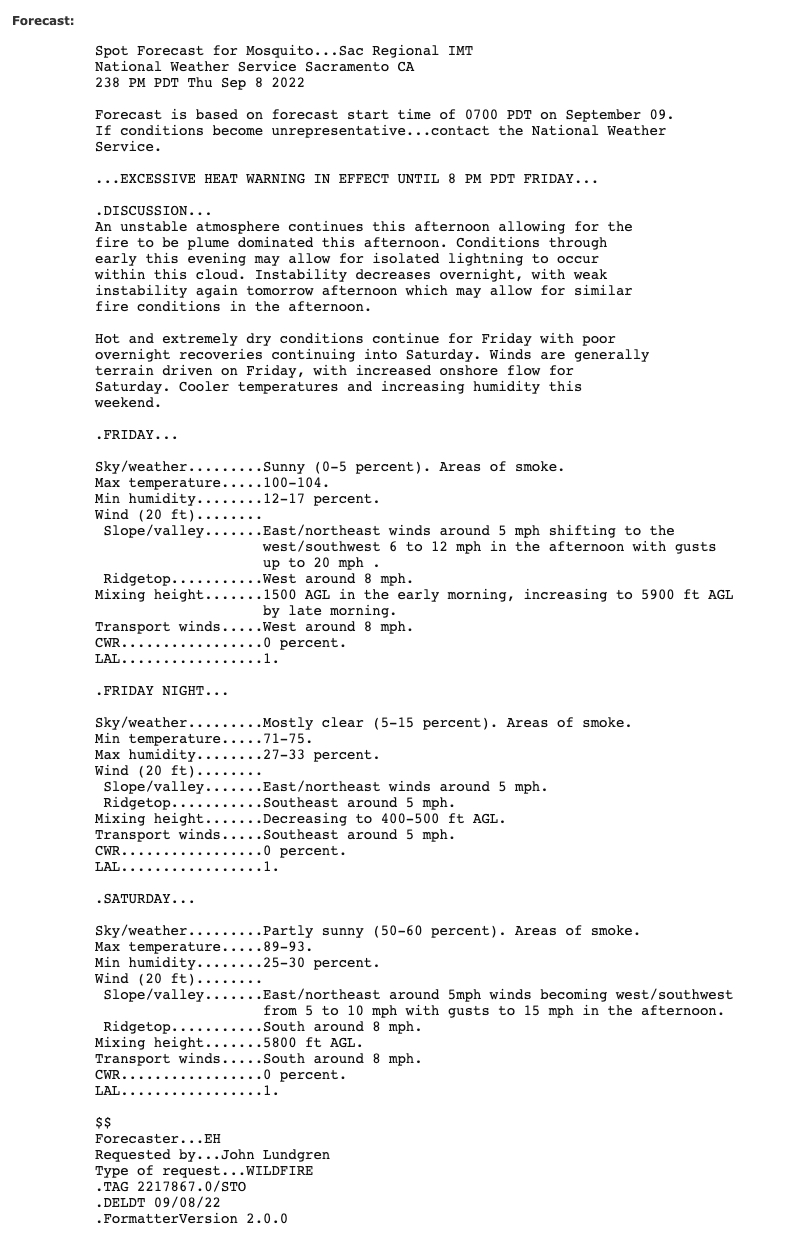 The big concern today on the Fairview Fire is the upcoming weather impact from hurricane remnants: 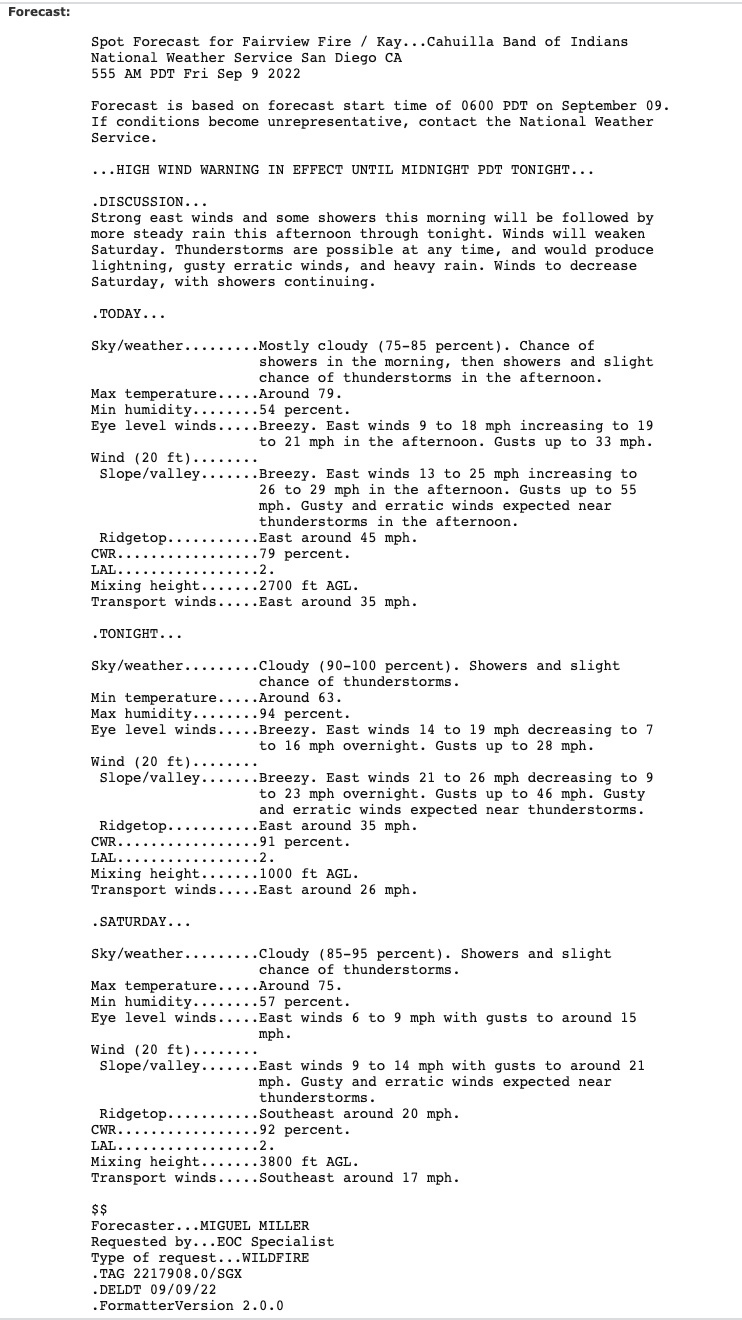 Fairview Fire perimeter was captured by FIRIS today, September 9 at 6am. Looking South over Highway 74, east of Hemet. 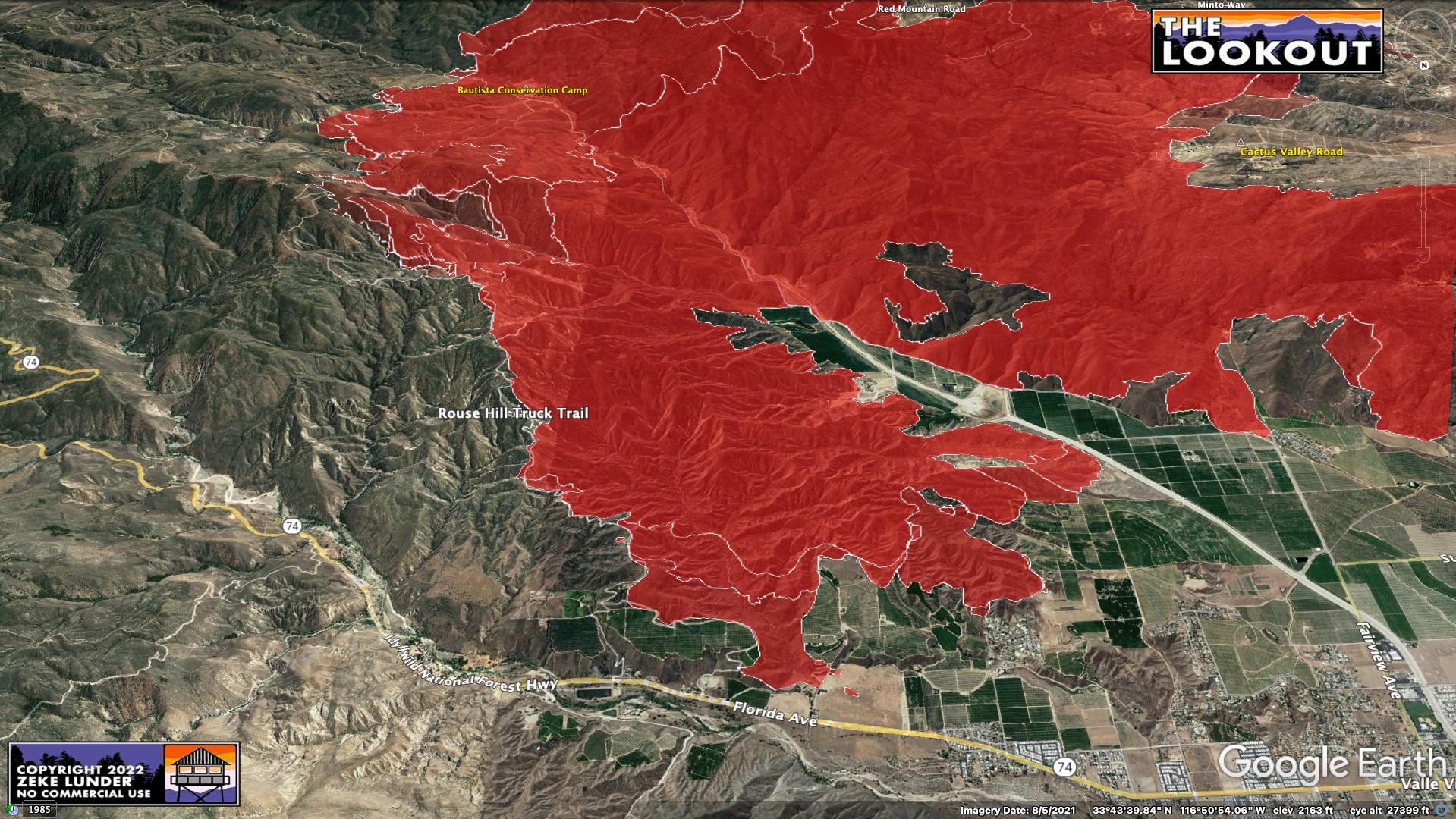 View to SE, over Hemet. 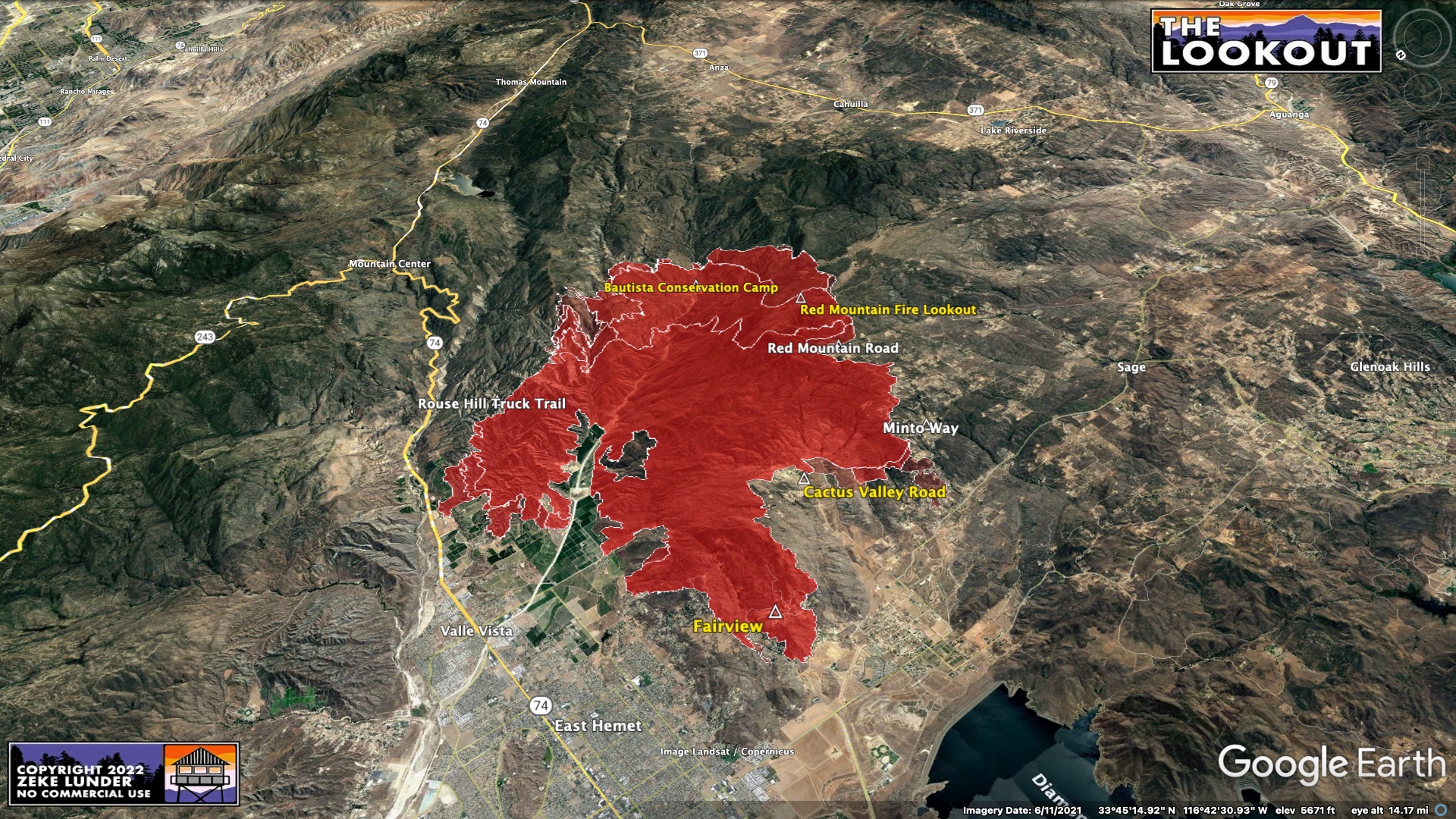 View to east, over Cactus Valley. 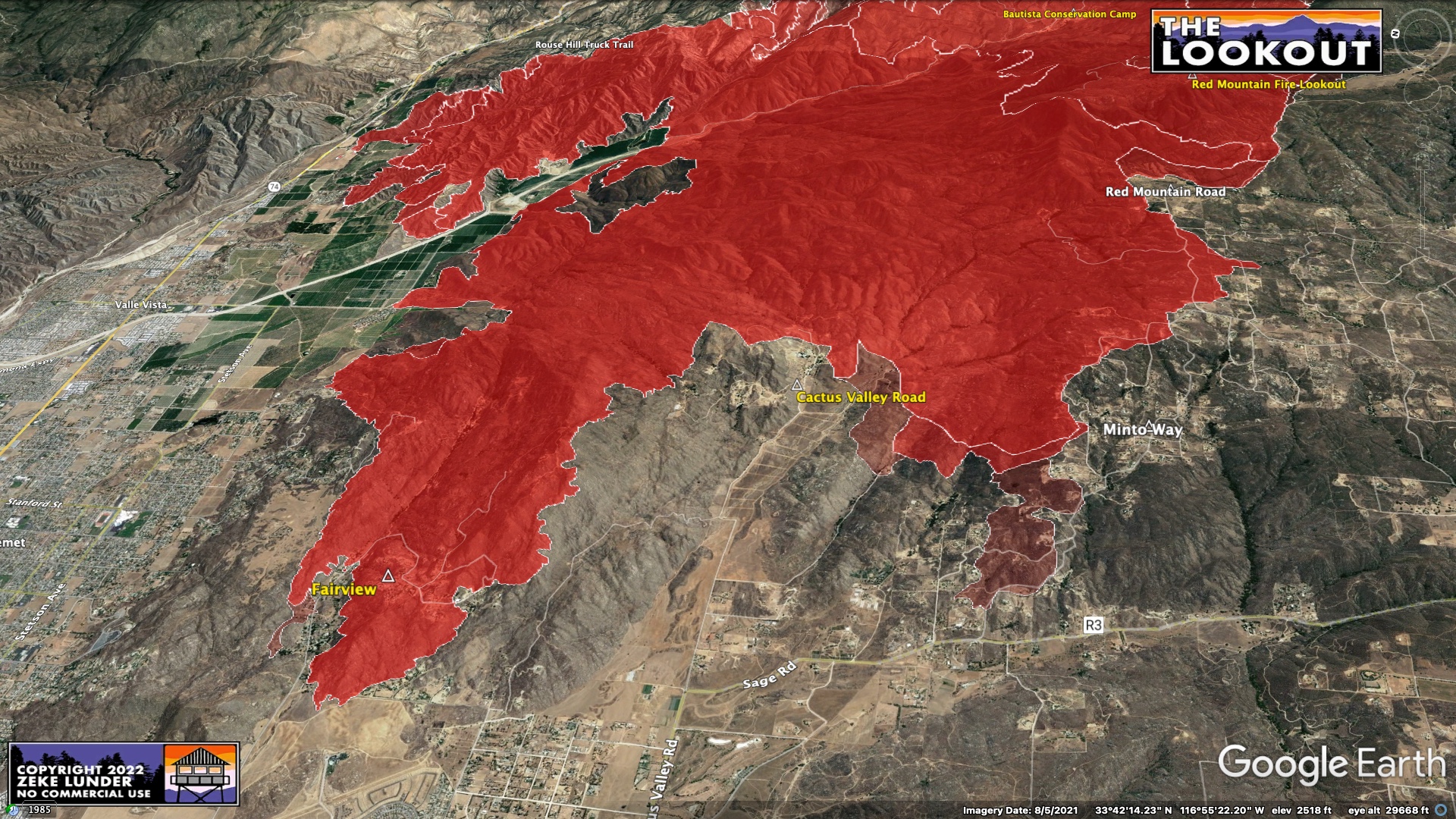 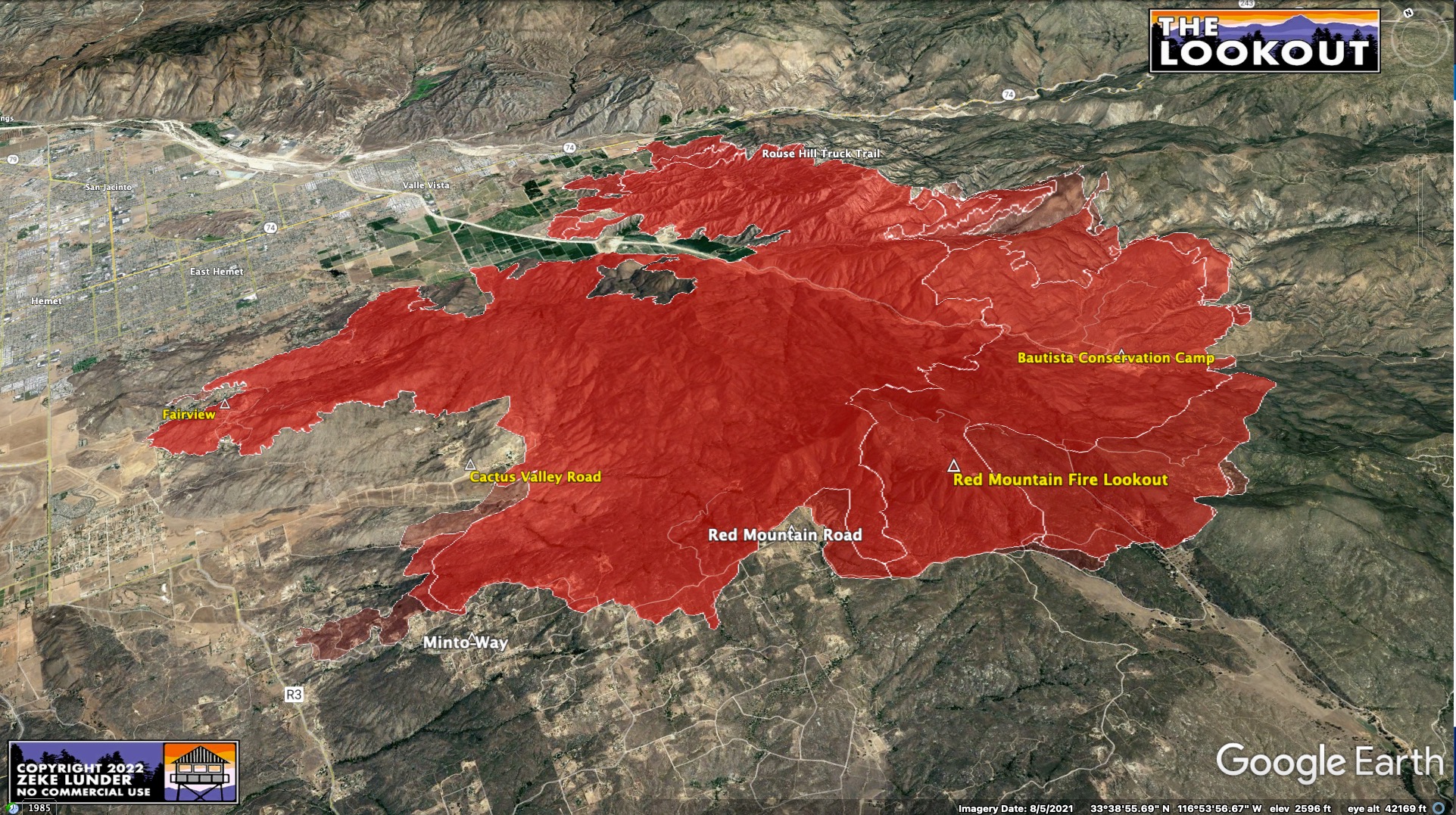 There are concerns incoming east winds ahead of the arrival of Hurricane Kay off the San Diego coast will blast the Fairview Fire west toward Murrieta and Temecula, on the top of this west-looking view. 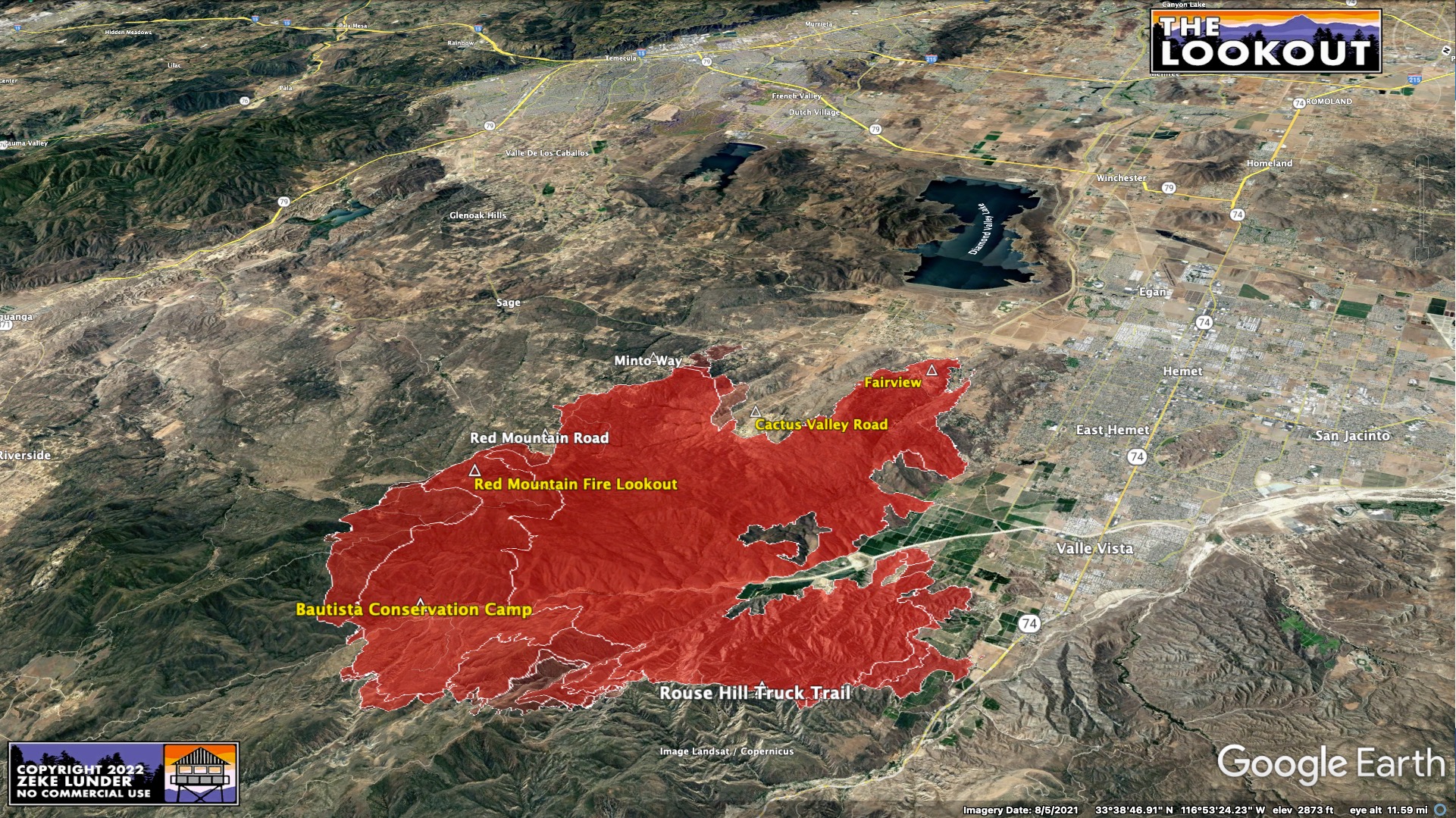