Not a lot to report since last night. Read last night’s post here. 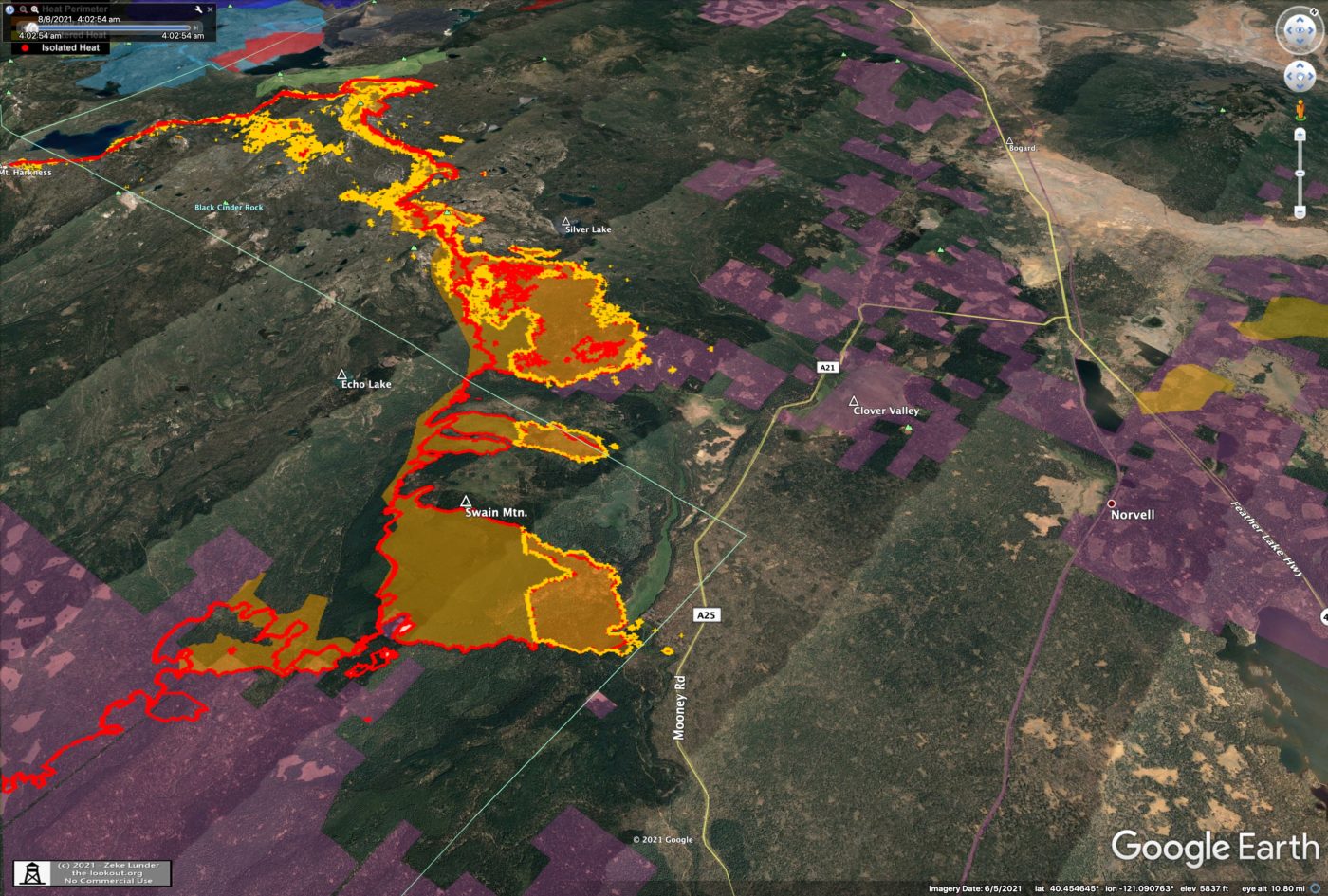 2. East of Moonlight Peak in the 2007 Moonlight Burn.
The fire continued to spread east last night, moving another mile between 6pm and 3 am.

One interesting thing about the fire’s spread into the Moonlight Burn is the fire seems to be spreading as well in the tree farms established after the Moonlight Fire as it is within the heavy brush and down woody debris left on the unlogged public lands. There is a lot of debate about how salvage logging and aggressive site preparation affect the long-term prospects of an area for fire hazard.

A forester friend observed that though there was some fire spread thru the salvaged areas of the Moonlight Burn after the Sheep Fire, the areas with heavy brush and down limbs had significantly higher soil burn severities vs almost no soil effects in the burned plantation areas.

The differences between the two postfire Moonlight Burn management approaches could not be starker. Here are some photos I took in 2008, a year after the burn showing the salvaged private land vs unsalvaged public lands. 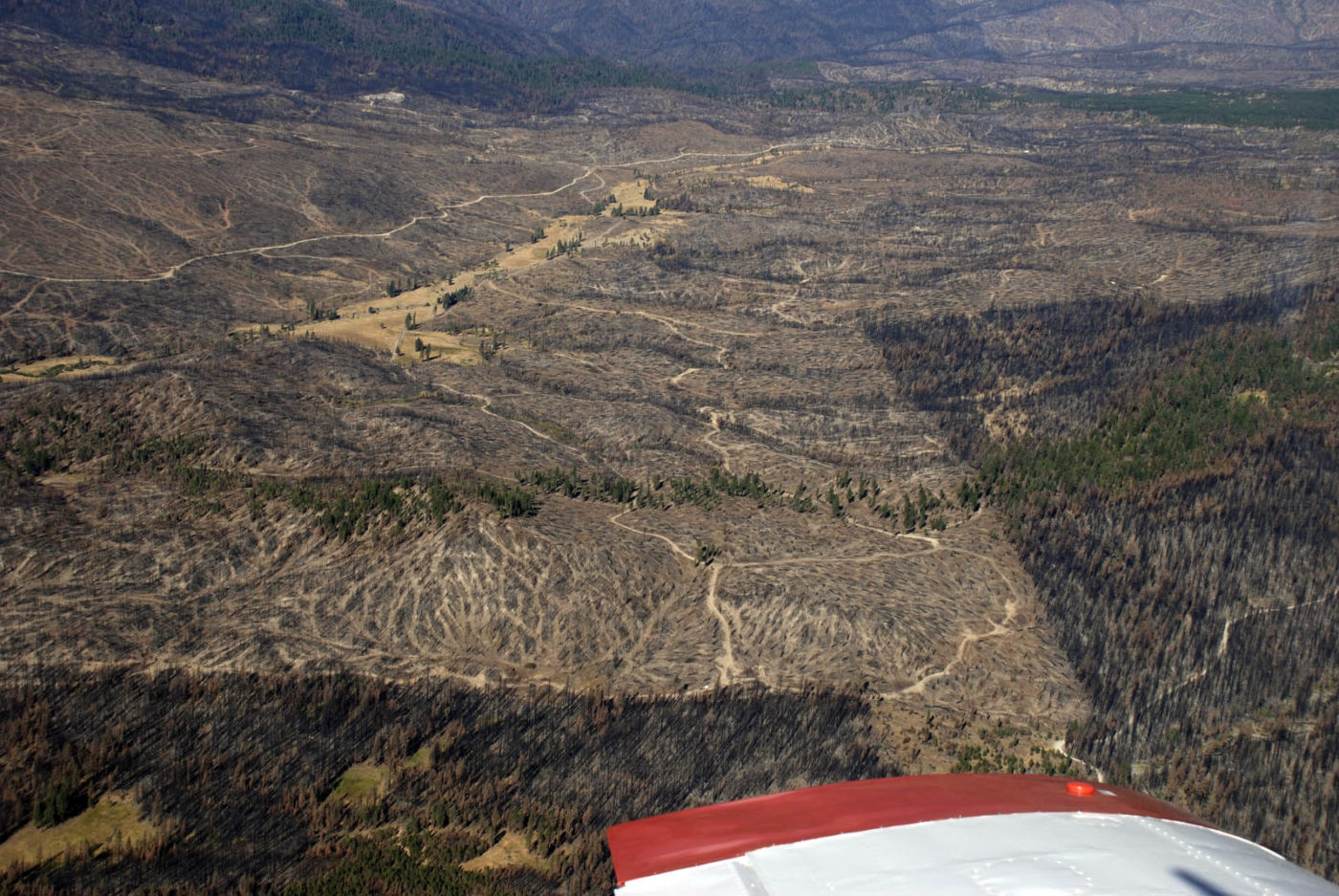 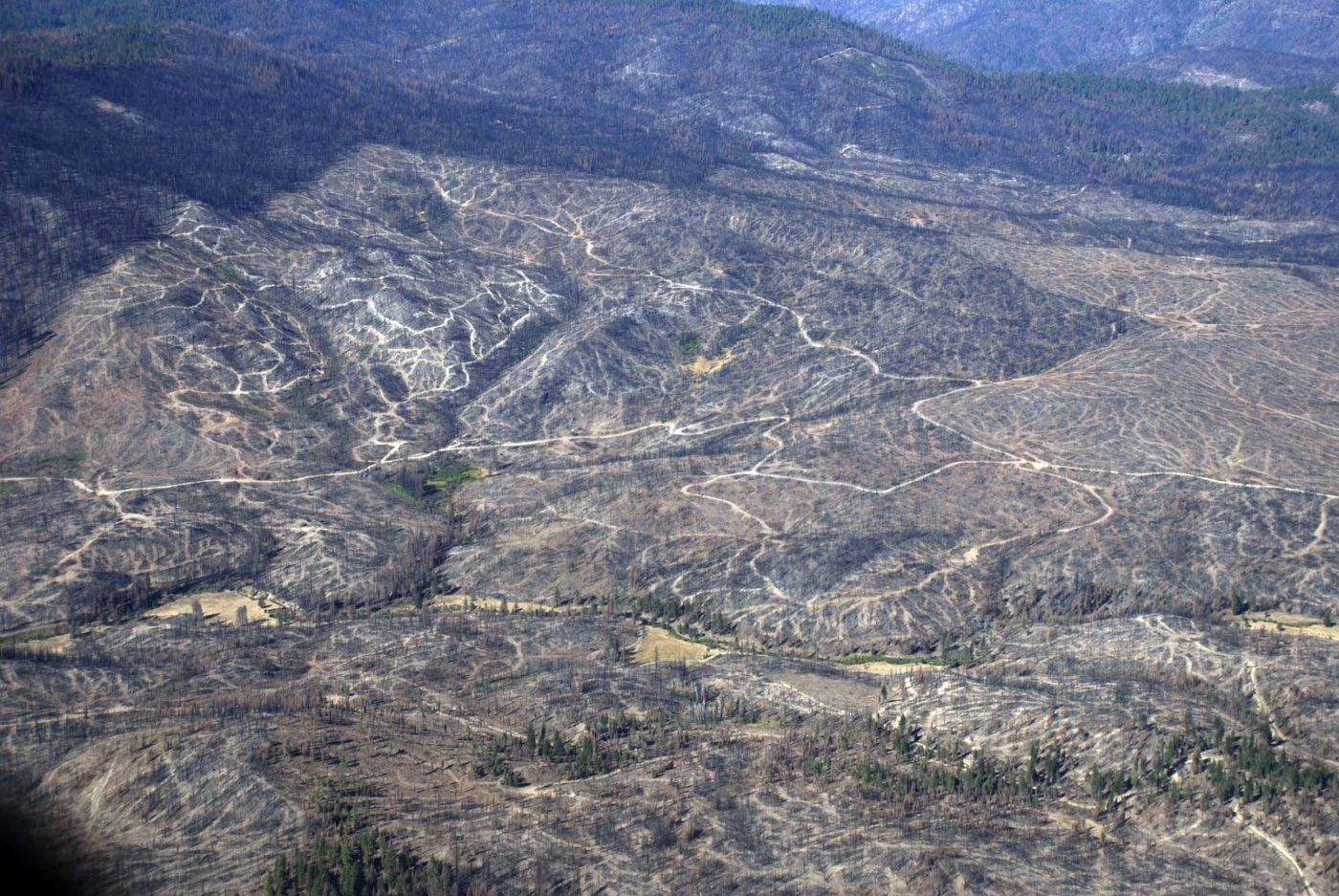 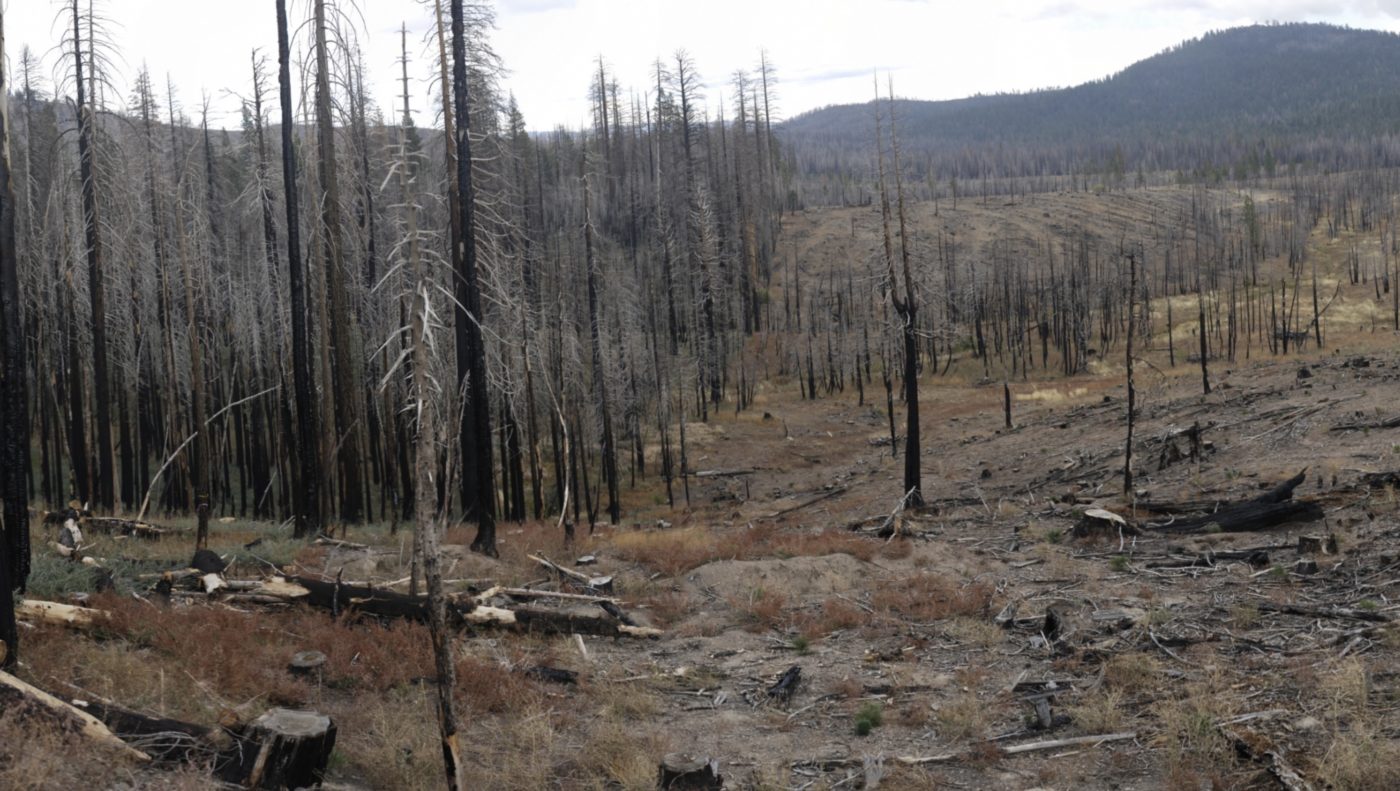 There are more interactive panoramas of this scene and others from the Moonlight Burn here: