Good morning.
I’m going to be on KQED today at 9:30 am on their Forum program. My auntie lives in Berkeley and she is going to be very excited. I think I’ll let it be a surprise.

Not a lot of major fire spread since last night, though the spread on Keddie Ridge by Deerheart Lake and on the Taylorsville side has been very visible, and there are impressive photos on social media this morning.

Unless we have big overnight runs, my evening posts will be the most detailed, as the fire is currently making biggest runs each afternoon.

Big story as we published last night is the fire hitting A-21 near the Swain Mountain Snowmobile Park. The fire hit here last night and there were several spots. Crews were working them last night, and some still show up on the imagery this morning. 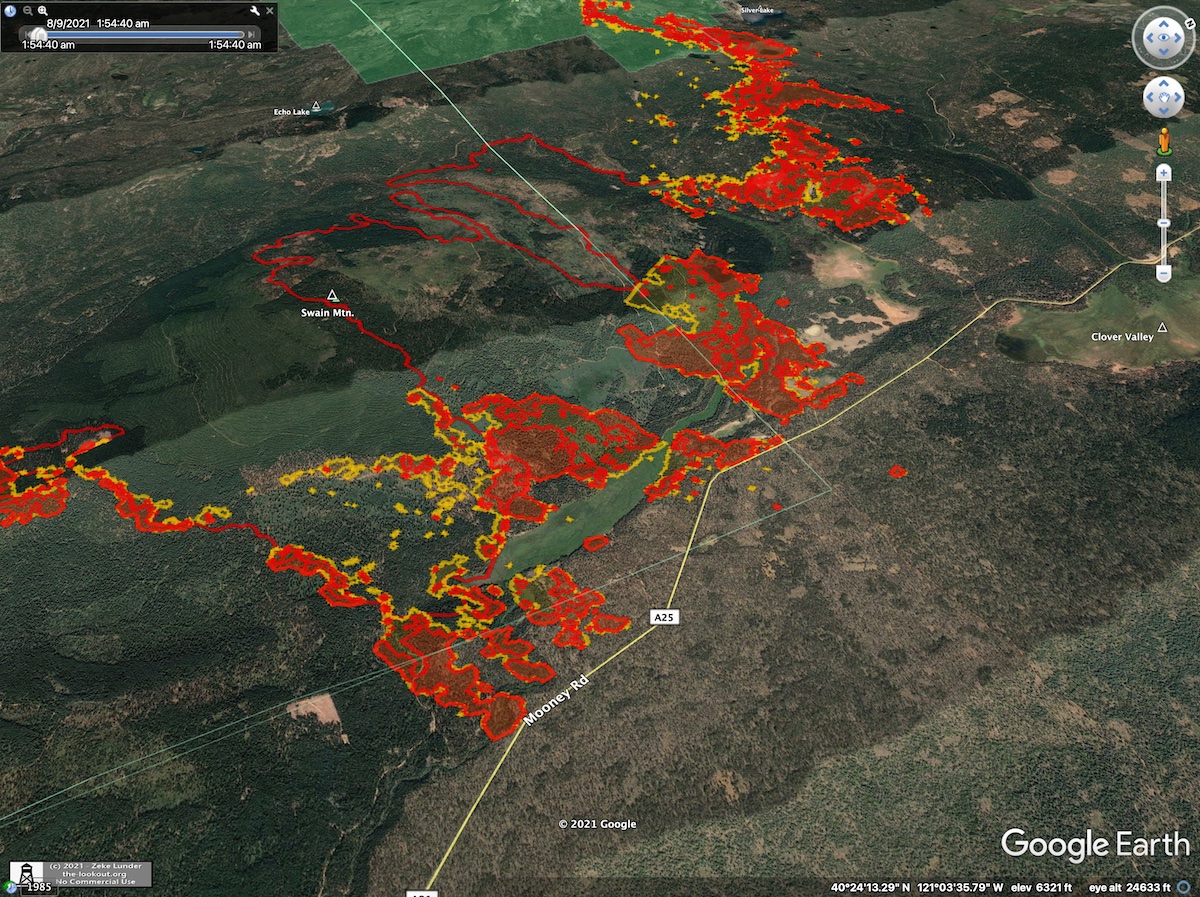 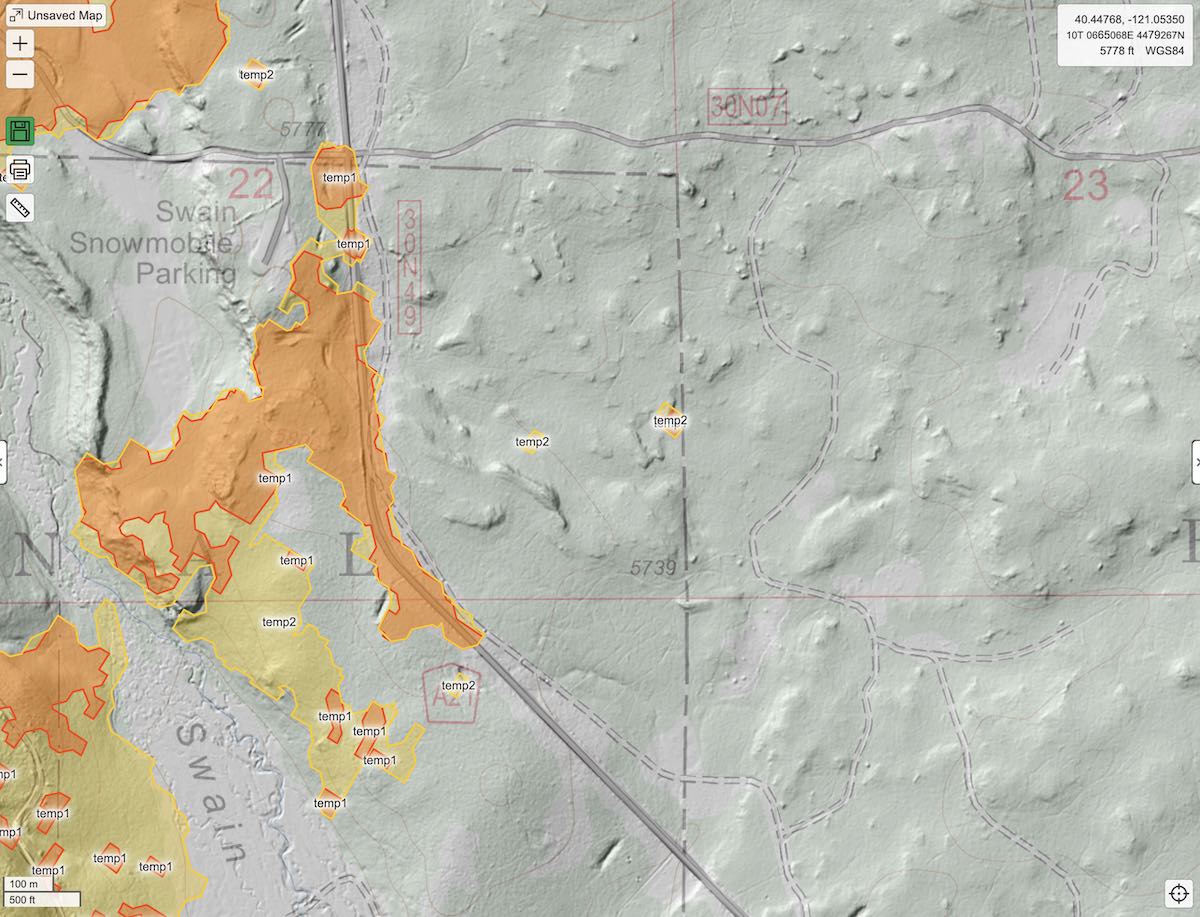 The ground to the east of A-21 is kind of a lava moonscape, with lots of ‘spatter cones’ and other weird islands of lava. It looks flat on a map, but it isn’t really. Tough ground.

Holding the fire at A-21 would be a major win. Given recent conditions, I am not super-optimistic – there is more fire on the hill to the west, and it is going to be a multi-day effort, as each finger runs down in the afternoon. Firing the road might not be an option given the conditions, but I am not on the ground there, and really can’t give a very credible description of what is going on there. I’ll keep watching it from 20,000 feet. 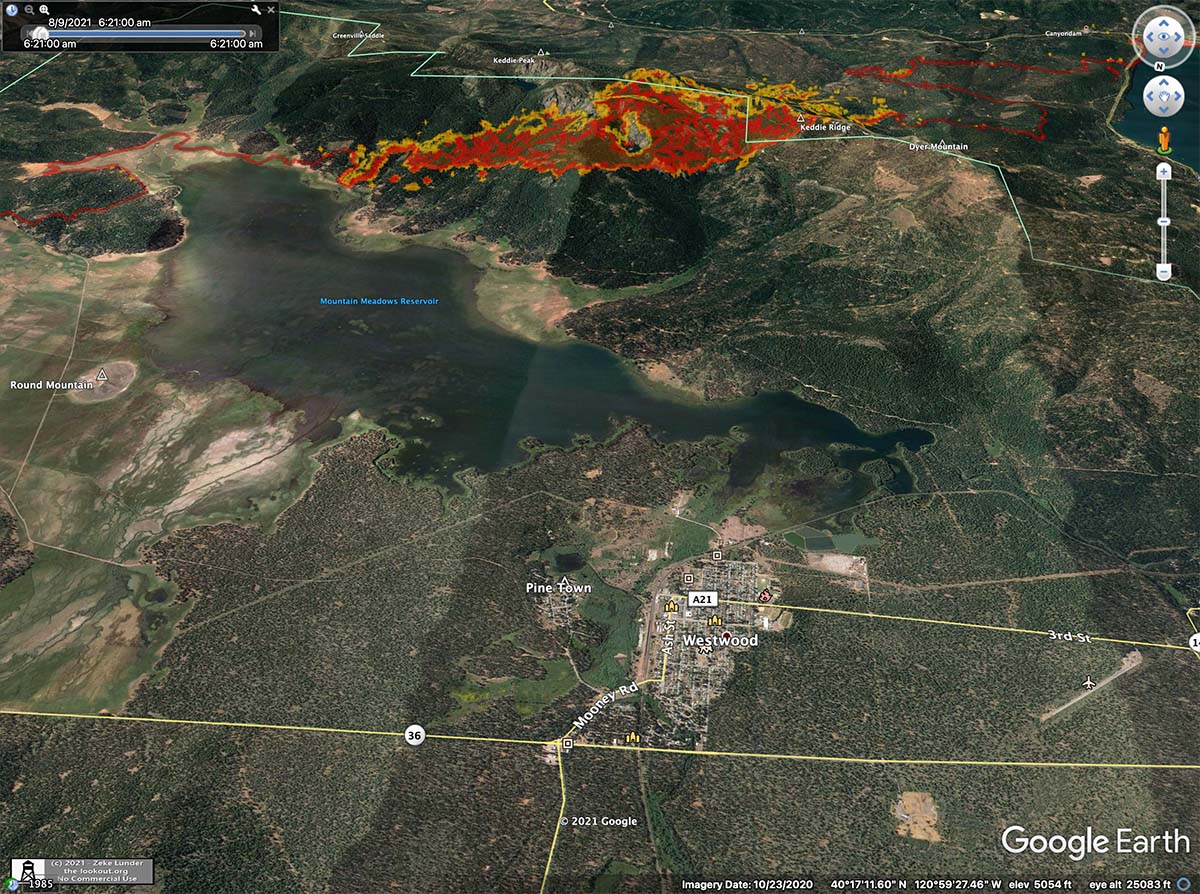 Fire is backing down north side of Keddie Ridge near Deerheart Lake. 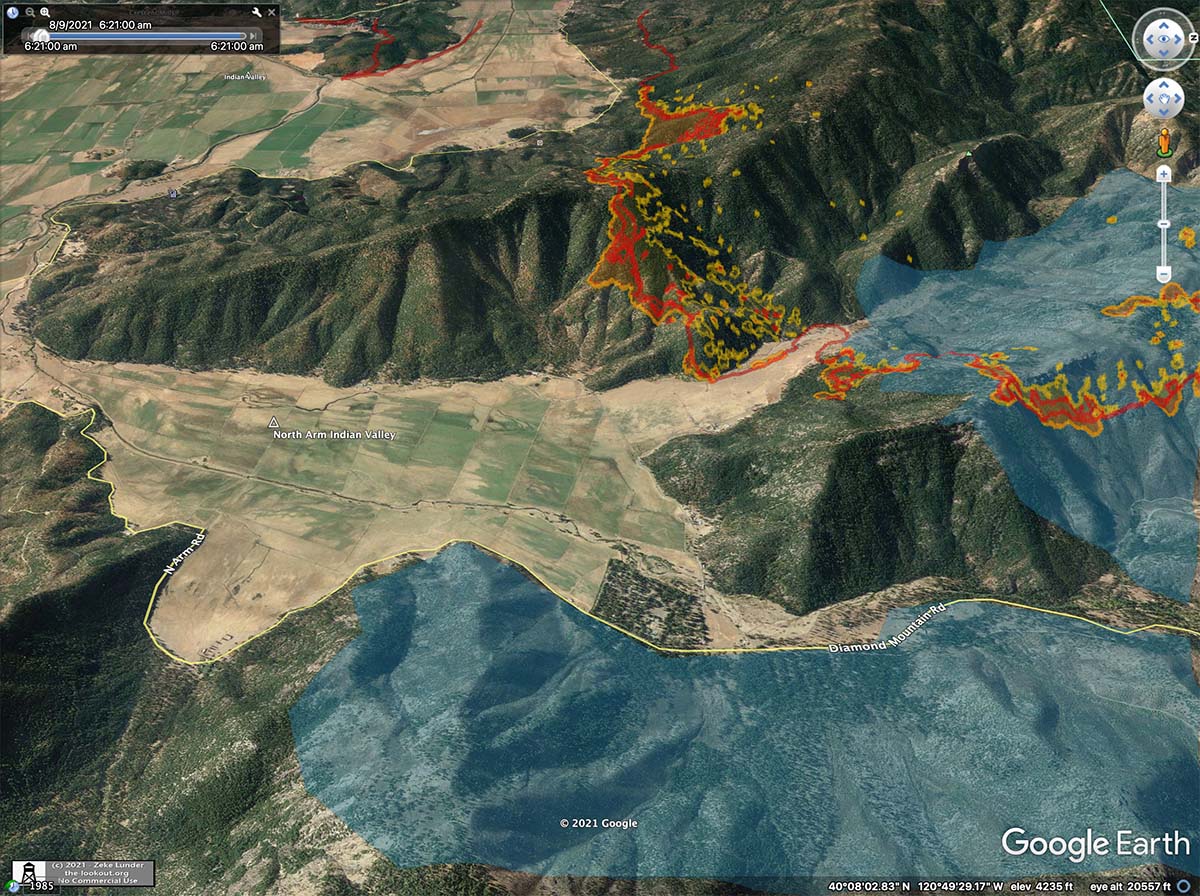 Fire is backing on both sides of Keddie Ridge, and flanking down the ridge to SE.

The fire is bumping into old managed wildfires in Lassen Park. Some of these burns were controversial when they were executed. For much of my career, The Lassen National Forest saw managed wildfires in the Park as a liability, and the 2012 Reading Fire escaped the Park and burned onto the LNF and private timberland. It will be interesting to see if these burn areas act to moderate the spread of the Dixie Fire to north and west. 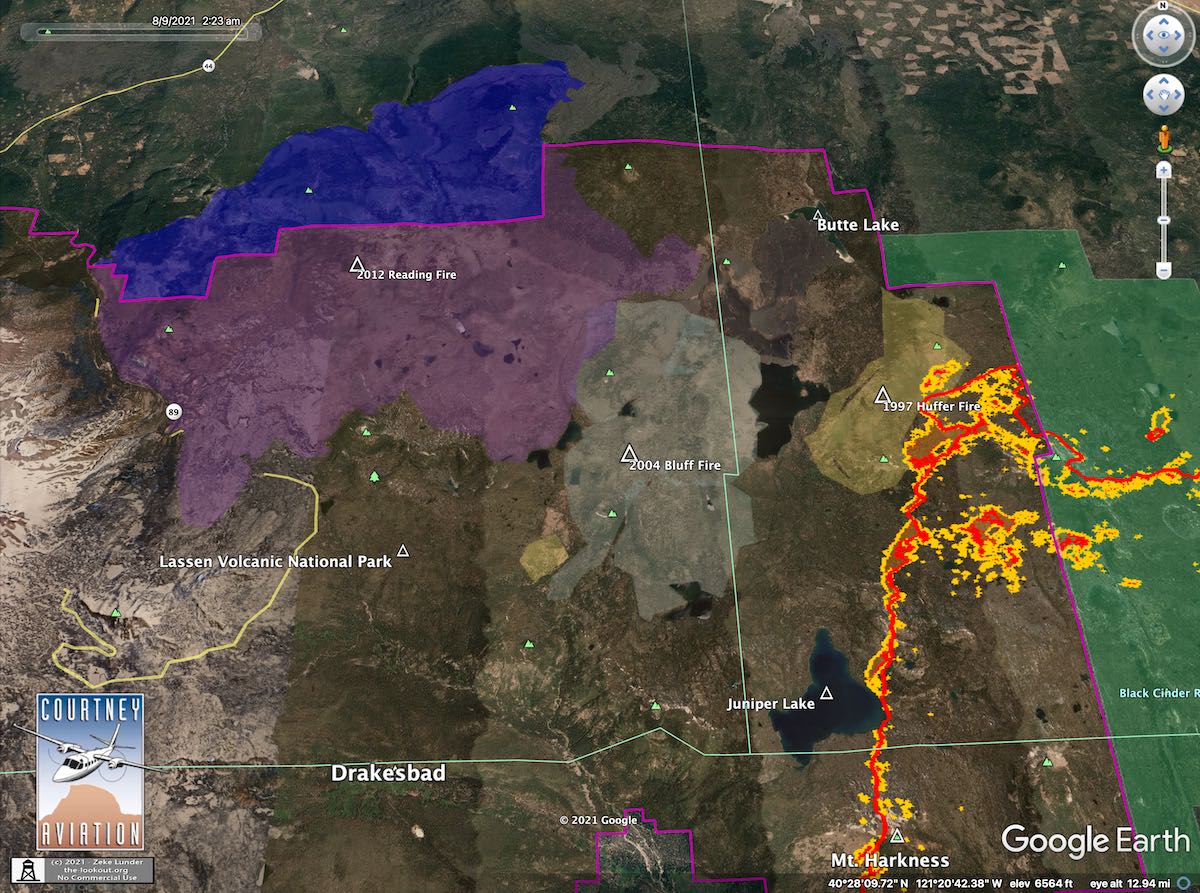